The island is generally considered to be the most consistently windy place in Britain – but this has considerably helped its airfield as well as the local community, from immense strategic importance in predicting meteorlogical conditions for future major military operations during World War Two to now allowing Tiree to become a prominent windsurfing venue.

Midland and Scottish Airways selected The Reef on Tiree as a potential landing strip in 1934. However, it was not until 1938 that a service began to Glasgow. This route continued to be active during the Second World War, on an already existing small grass strip beside the RAF station. The RAF had moved in by the end of 1941 under the overall control of No 15 Group of Coastal Command.

Tiree’s location meant that it was very suited to maritime patrols as well as meteorological flights over the Atlantic. It was for these purposes that the airfield was primarily used throughout the war. Aircraft based at the site carrying out maritime patrols and anti-submarine operations include Lockheed Hudsons, Consolidated Liberators and Vickers Wellingtons.

After a period of Care and Maintenance in late 1942 and most of 1943, activity picked up again when No 518 Squadron arrived from Stornoway in September 1943, quickly followed by the Meteorological Conversion Unit which formed at Tiree next month to also use Handley Page Halifaxes. The latter element disbanded in February 1944 but No 518 Squadron remained for almost exactly two years until going to Aldergrove. This unit provided invaluable meteorological information for the Allies’ planners, including in preparation for D-Day. No 281 Squadron also arrived at Tiree in February 1944 operating Vickers Warwicks and Supermarine Sea Otters on air-sea rescue missions until shortly before the unit disbanded in October 1945. By early 1945 however, only a detachment survived with the squadron HQ now being in Northern Ireland. Eventually Tiree was transferred to the Ministry of Civil Aviation on 1 July 1946, RAF Coastal Command’s presence finally ending on 10 September.

After the war the airfield’s power station was upgraded to provide electricity for the rest of the island as well as the RAF’s water supply being improved to serve most of the island. The site’s three hard runways remain intact and outside the small modern terminal building is a memorial dedicated to the crews of two Handley Page Halifaxes that crashed over the airfield in 1944.

Highlands and Islands Airports Ltd (HIAL) took over the site in 1978 and Tiree Airport continues to provide an important link to the UK mainland. Since the end of the war the airfield has been used for services to Barra, Coll, Glasgow and Oban at various times by British European Airways (BEA), British Airways, Flybe, Hebridean Air Services and Loganair. All ten distinctive ½ T2 hangars built to counter constant winds on the island have since disappeared but Tiree still remains tremendously prominent. 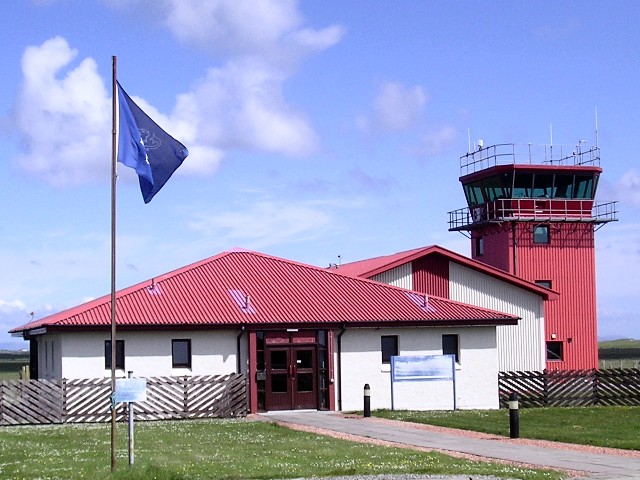 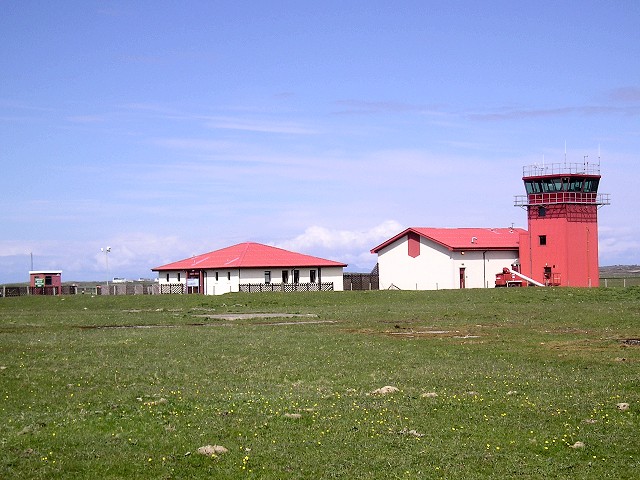 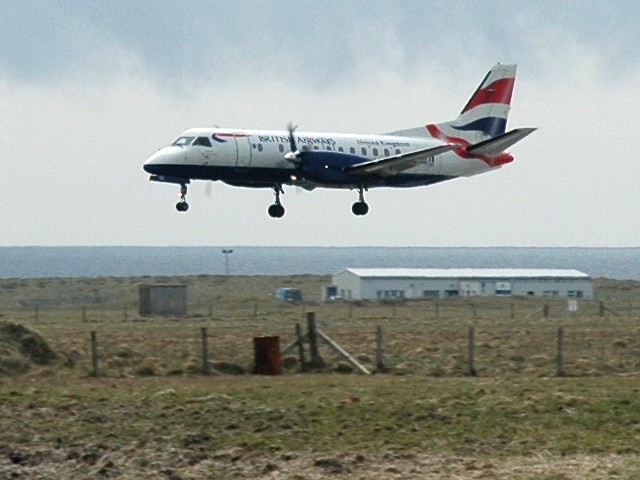 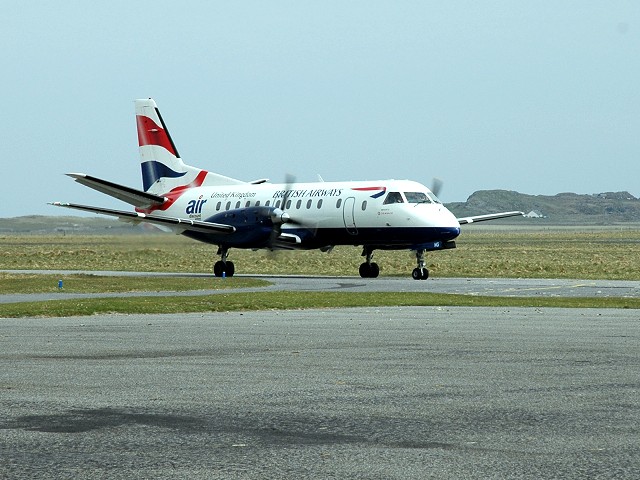 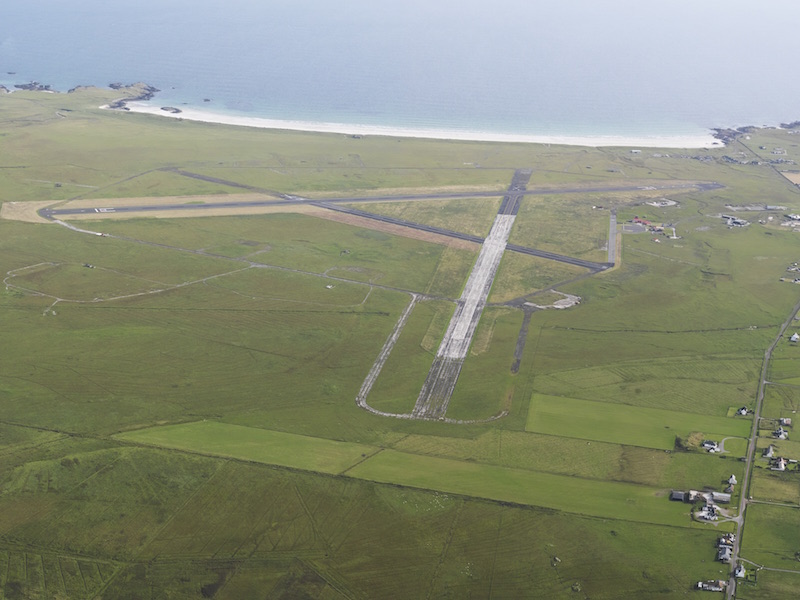 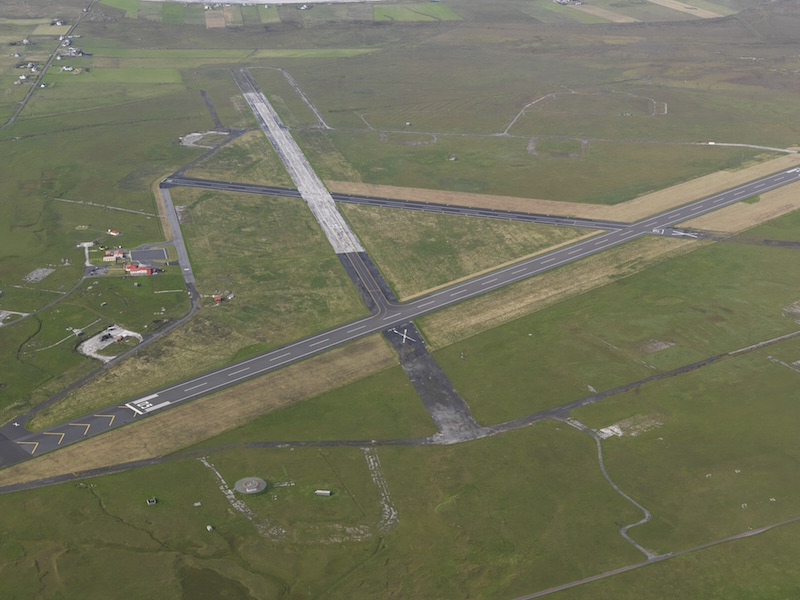 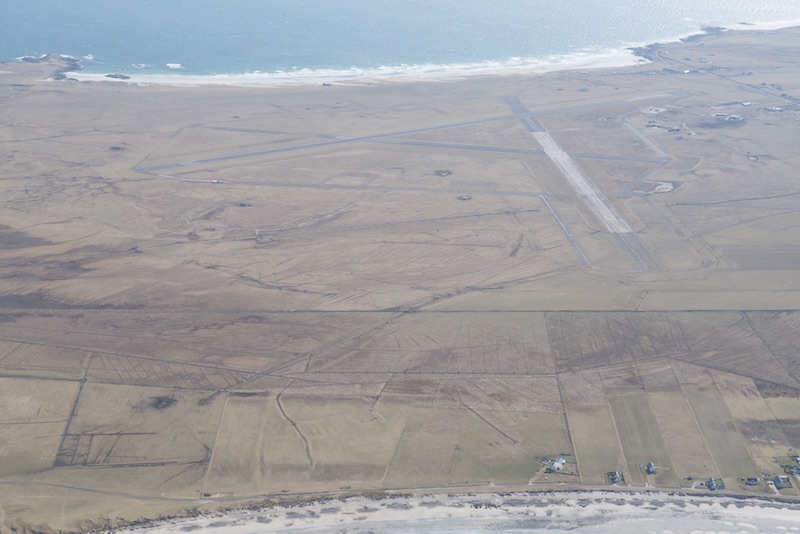 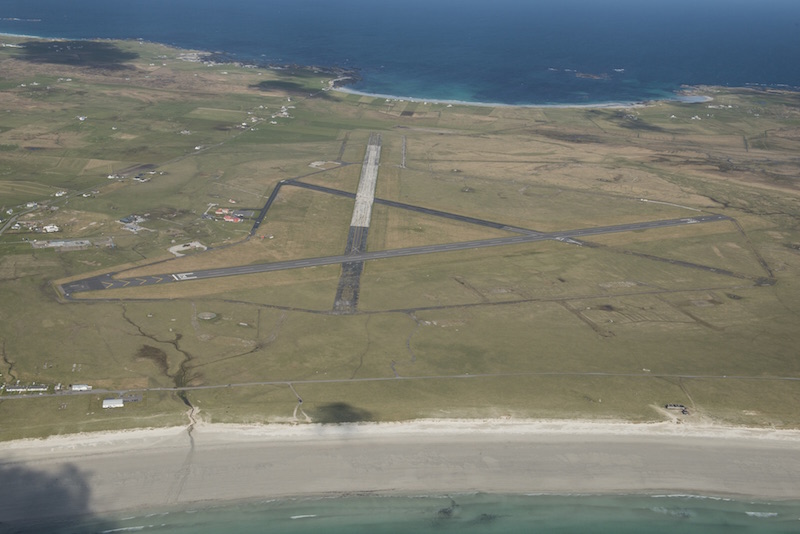 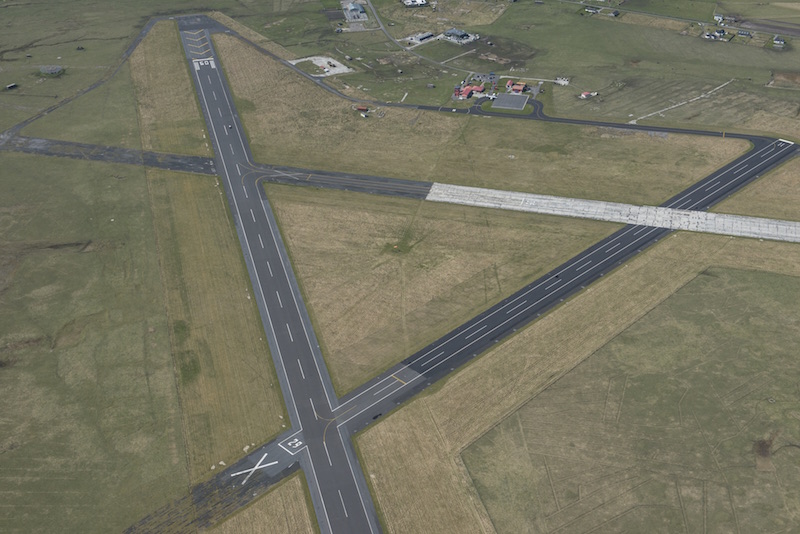 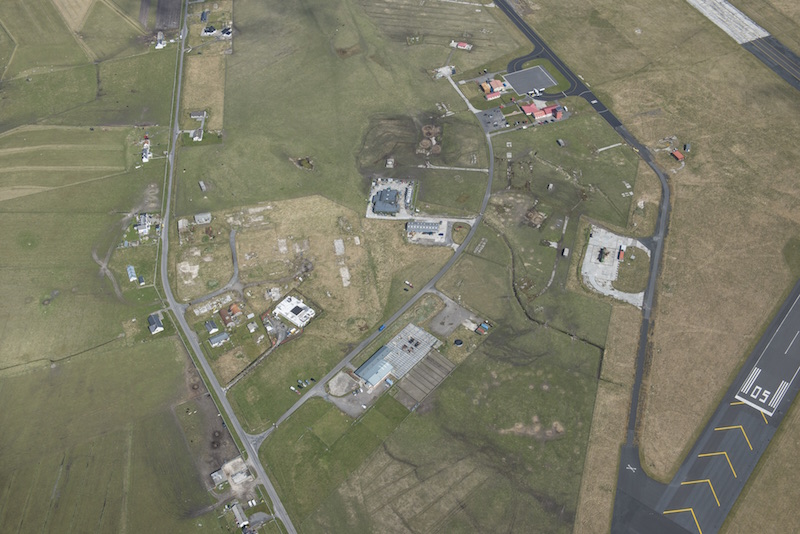 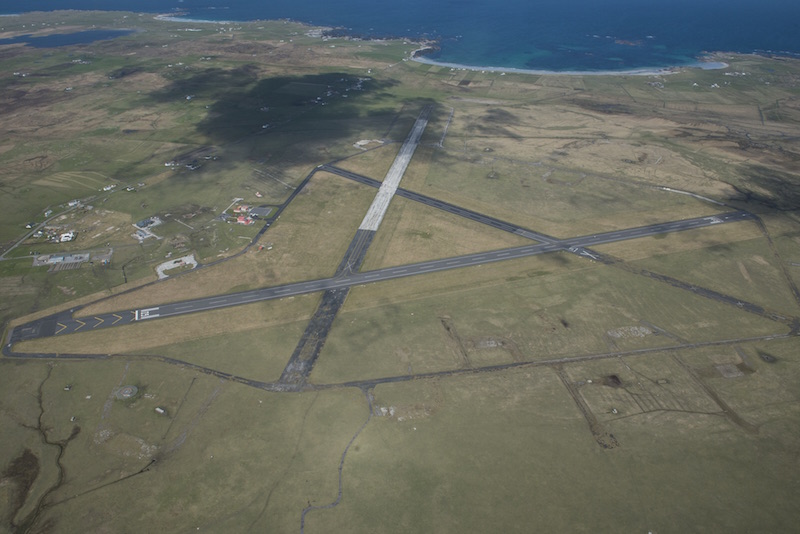 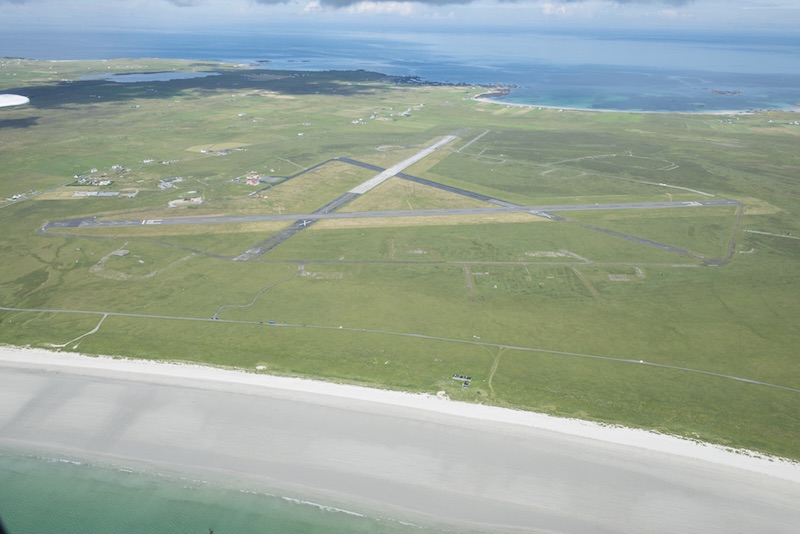 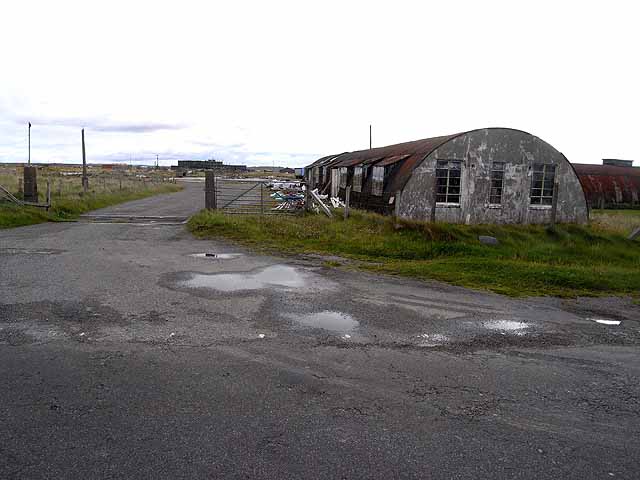 A Nissen hut at Tiree, 26 August 2009. © Oliver Dixon and licensed for reuse under this Creative Commons Licence 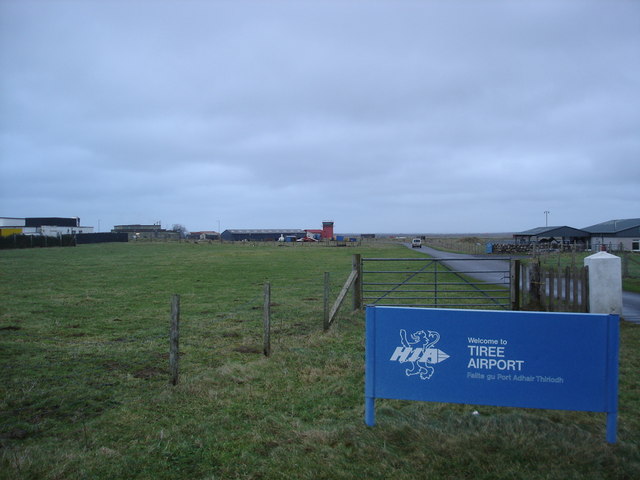 The entrance of Tiree Airport, 8 January 2007. © Roger McLachlan and licensed for reuse under this Creative Commons Licence 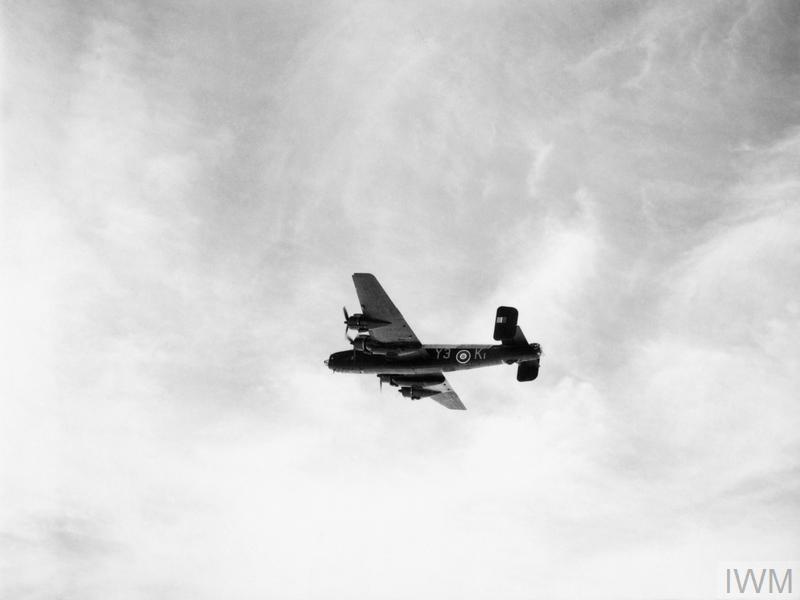