Originally a civil airfield during the 1930s, the need for a military airfield near Oban arose, partly through the lack of fighter cover for the Naval base, HMS Caledonia and its predecessor, HMS St Andrew, and the surrounding area, including various U-boat defences. U-boat 'packs' provided a major threat to the North Atlantic Convoys that were a vital lifeline for Britain during the Second World War. Not a huge amount is known about the site at this time. Connel was built in a small area near mudflats, with the two runways being almost the same orientation because of the cramped location. The airfield was intended as an Emergency Landing Ground (ELG) for RAF Fighter Command, so no control tower was constructed, another reason for siting an airfield here being the nearby flying boat base at Oban. The lack of suitable terrain in the region meant that this site was the only suitable place for a landplane airfield in the surrounding area that would enable communications flights.

No 244 Maintenance Unit (MU) took over the airfield in early 1944 with Connel becoming an Air Ammunition Park. The MU however only stayed until the autumn, when it moved to Cottam. From the spring of 1944 the airfield was used by No 302 Ferry Training Unit for accommodation, due to the lack of space at Oban. Until the end of 1945, Connel continued to operate as an ELG, after which the site closed to regular flying. Auxiliary Air Force Aircraft however appear to have used the airfield from time to time through into the 1950s.

Connel reopened for civil flying use in the 1960s before Oban Council bought the site in 1967 to operate Loganair services to various Scottish locations. This did not however prove to be economically viable at the time and safety concerns were raised regarding the lack of navigational aids.

From the 1980s Connel was used for general aviation civil flying with the site also known as North Connel into the 1990s. Argyle Flying Club, Connel Flying Club (microlights) and Connel Gliding Club have all operated from the airfield. Now known as Oban Airport, Argyll and Bute Council has invested significantly in the site, upgrading the facilities. Connel became a licensed airport in 2008 and operates scheduled flights to the Hebridean islands of Coll, Colonsay, Islay and Tiree. 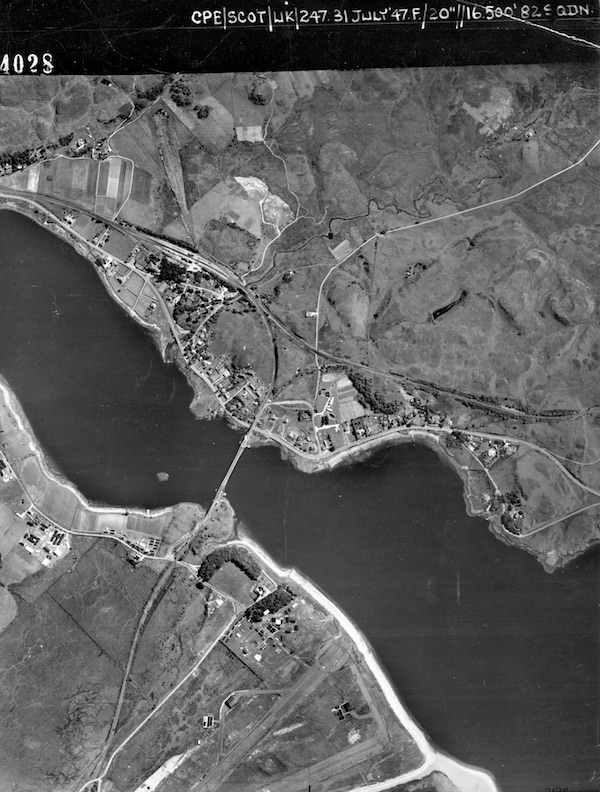 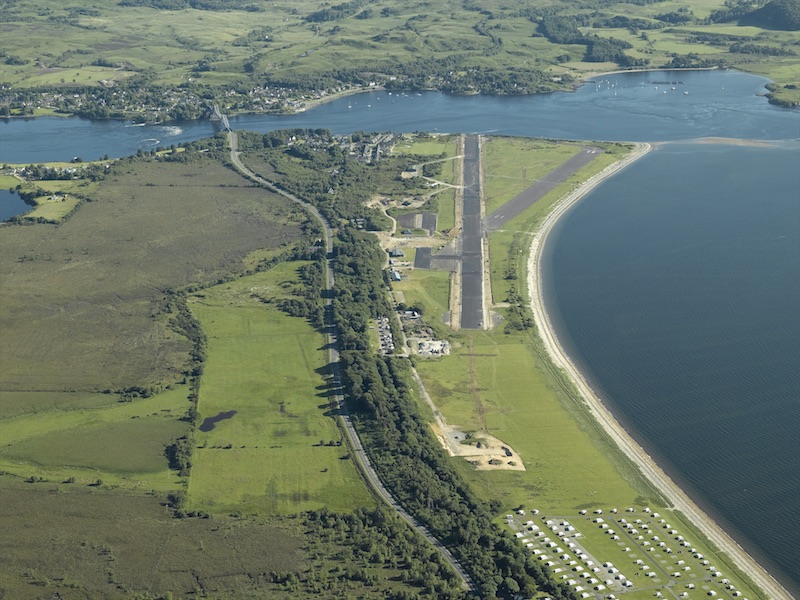 Aerial view centred on the airfield during resurfacing of the runway with the village, road bridge and railway bridge adjacent, taken from the north-north-east, 27 June 2006. © Crown Copyright: HES. Licensor canmore.org.uk 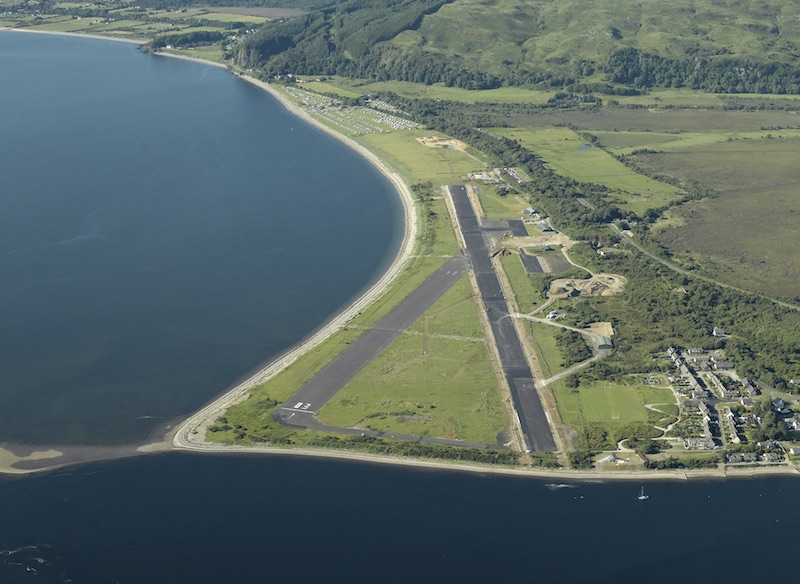 Aerial view centred on the airfield during resurfacing of the runway, taken from the south, 27 June 2006. © Crown Copyright: HES. Licensor canmore.org.uk 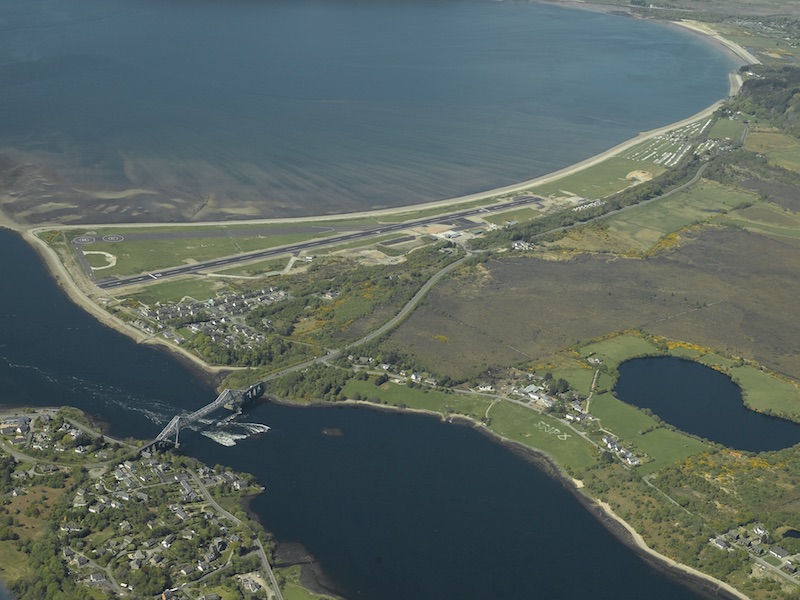 Aerial view looking across the bridge, airfield, village and the Falls of Lora, taken from the south-south-west, 3 May 2007. © Crown Copyright: HES. Licensor canmore.org.uk 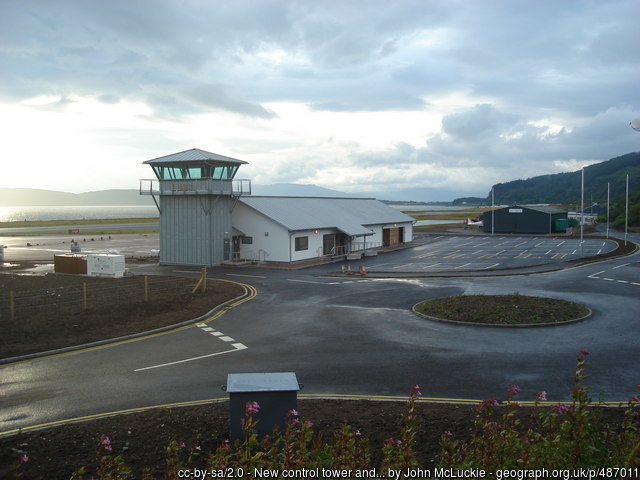 The control tower and terminal building at Connel, 6 July 2007. 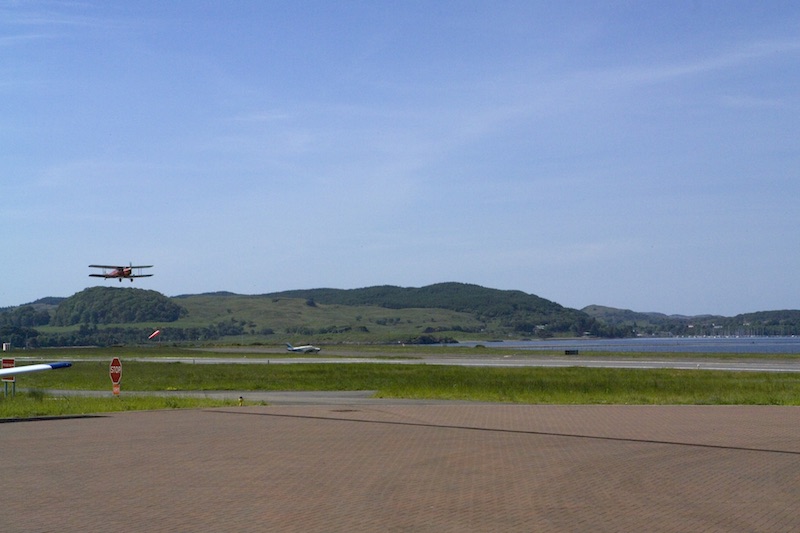 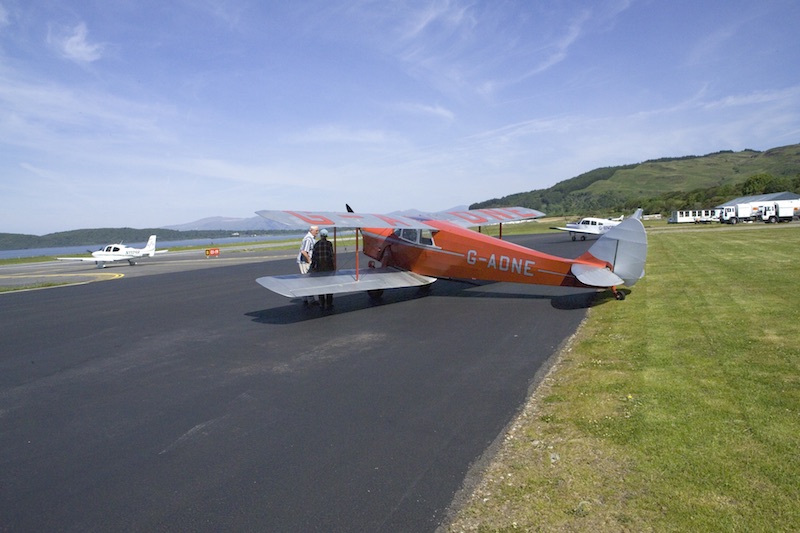 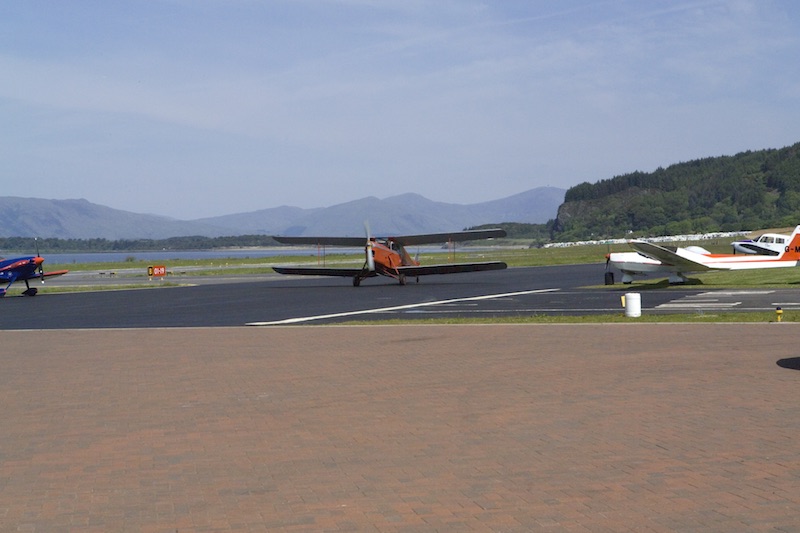 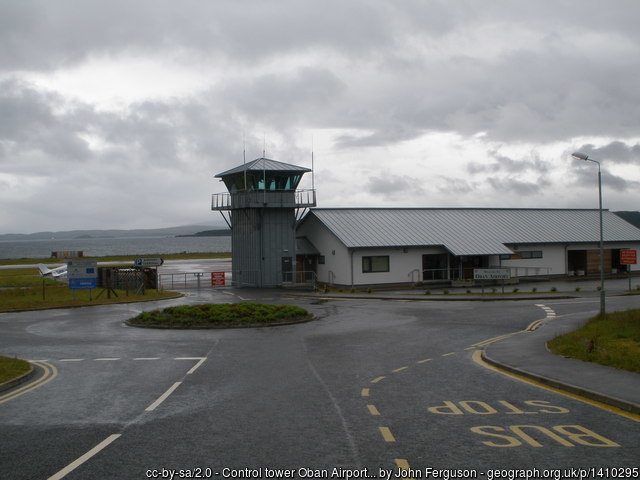 The control tower and terminal building at Connel, 19 June 2009. 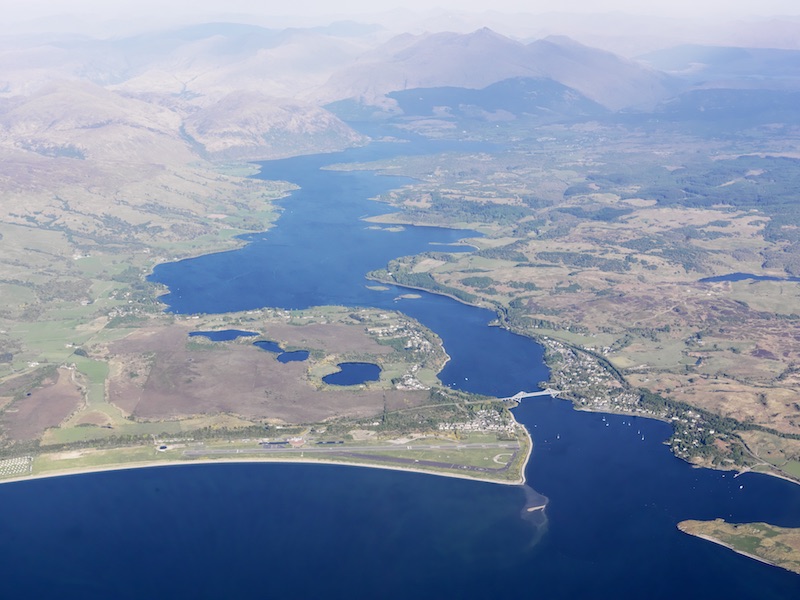 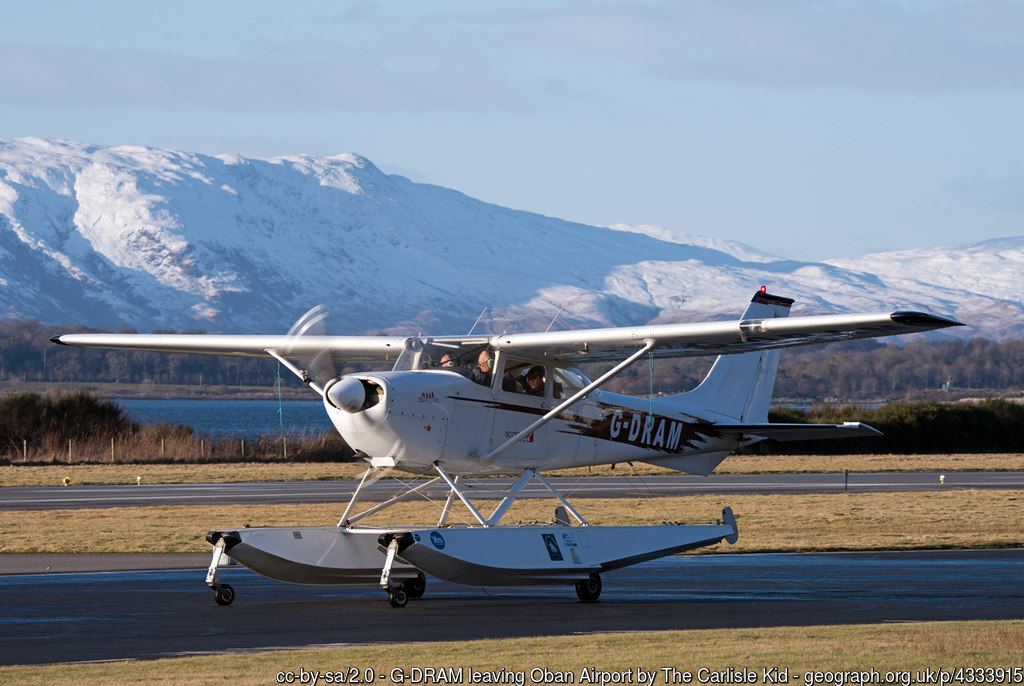 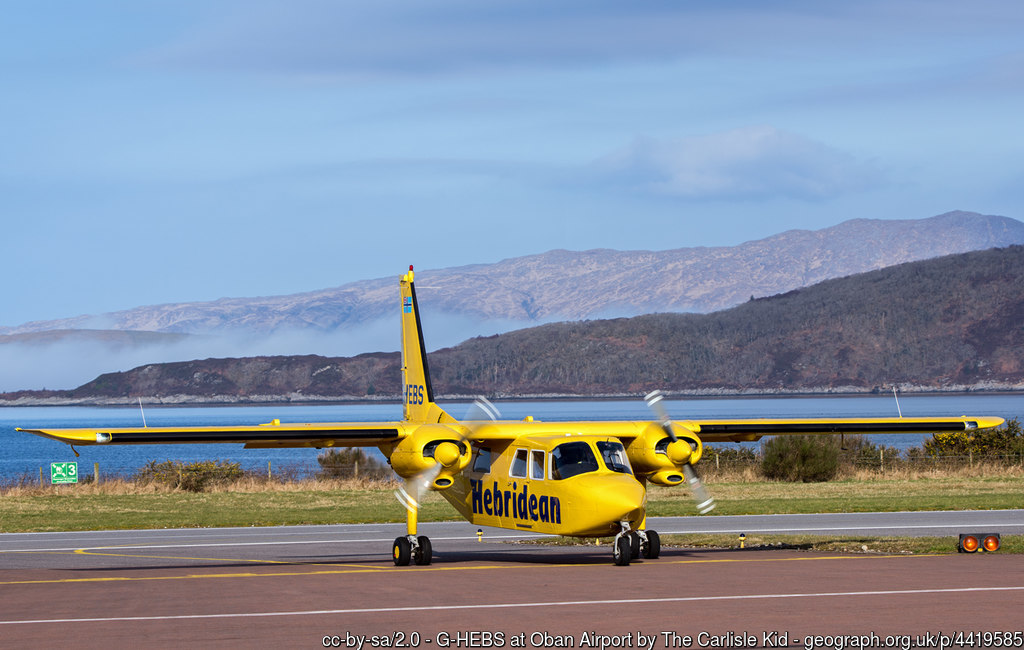 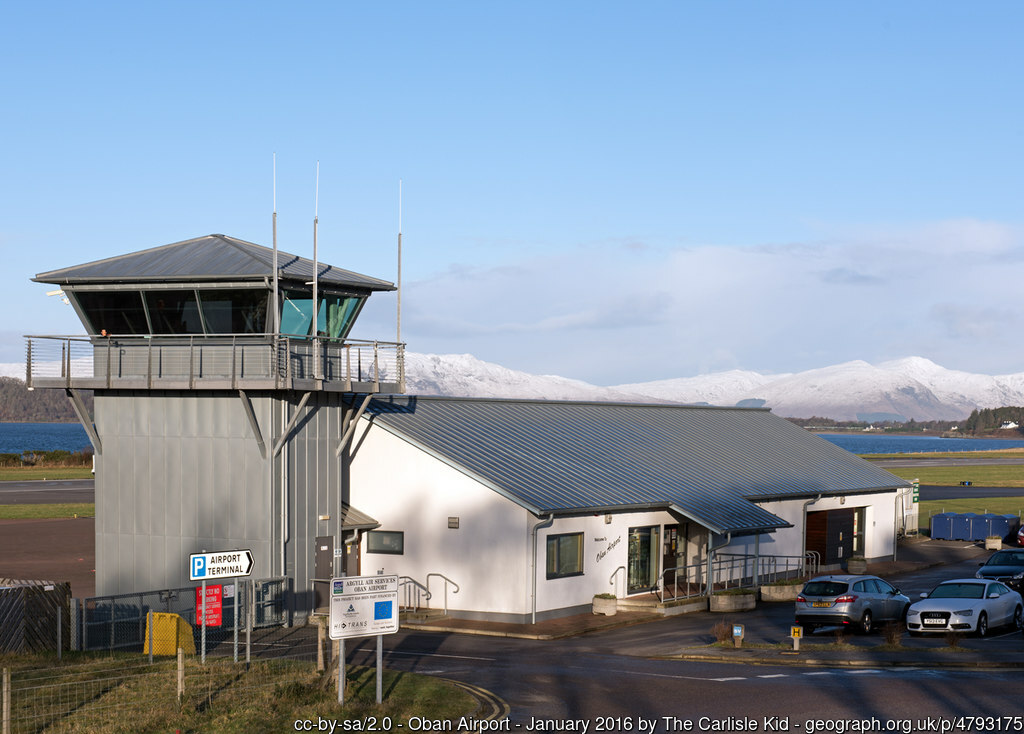 The control tower and terminal building at Connel, 15 January 2016.