Royal Aircraft Factory BE2 and BE12 variants fighters of No 77 Squadron initially had Skateraw available to them as a Home Defence landing ground during World War One. The unit switched to using Avro 504Ks at the beginning of 1918, these aircraft remaining in service after the end of fighting. Since then the agricultural field layout has significantly changed with surrounding new road systems, largely to do with the nearby Torness nuclear power station, but the eastern boundary of Skateraw can still just be discerned.

Photographs of the plaque at Skateraw, unveiled on 11th November 2018. 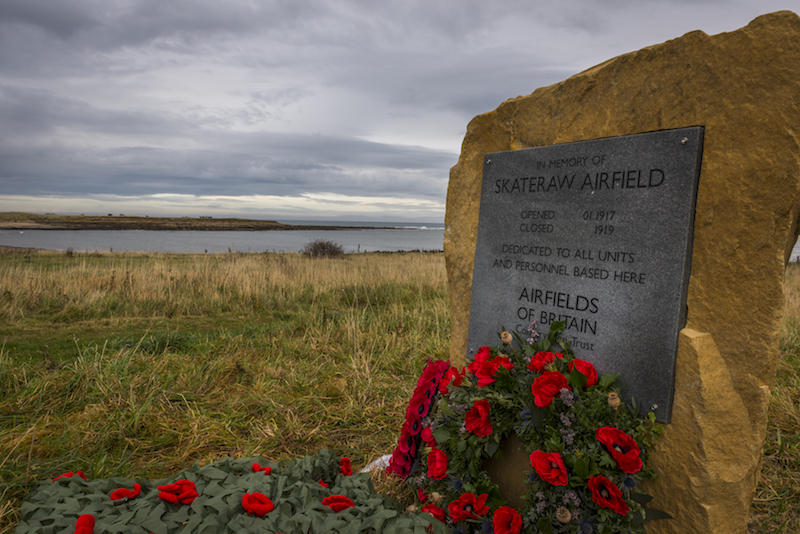 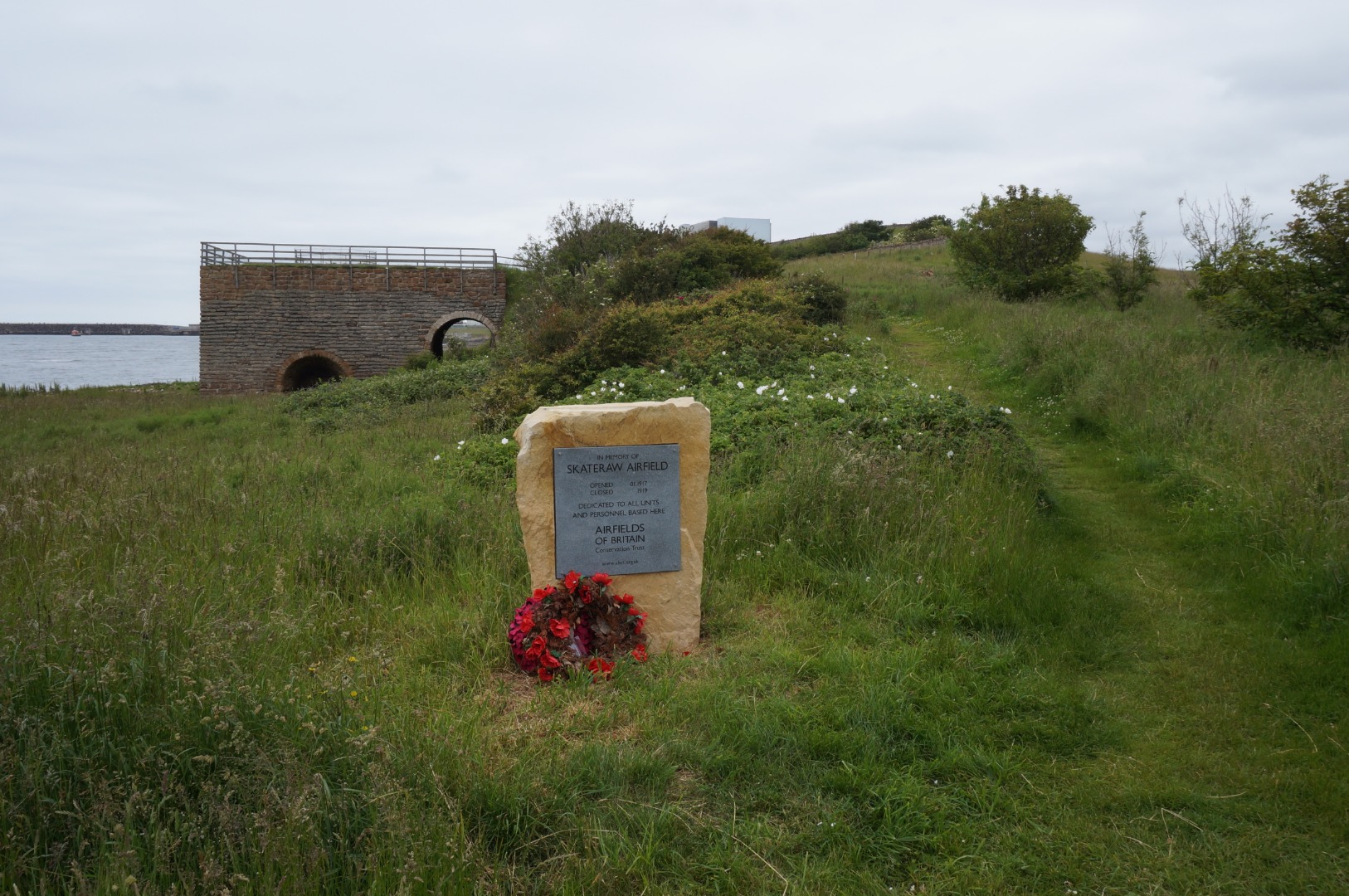 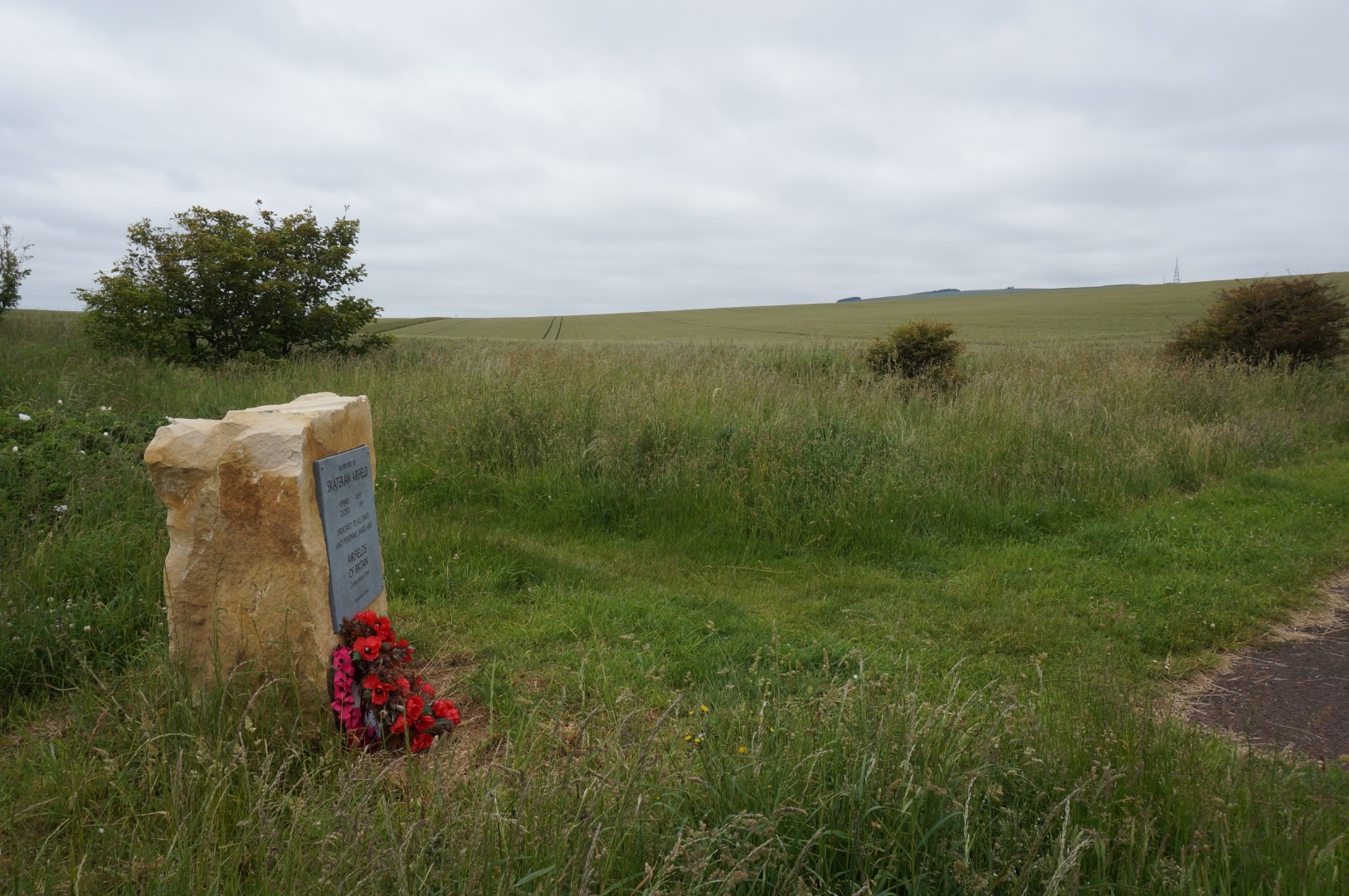 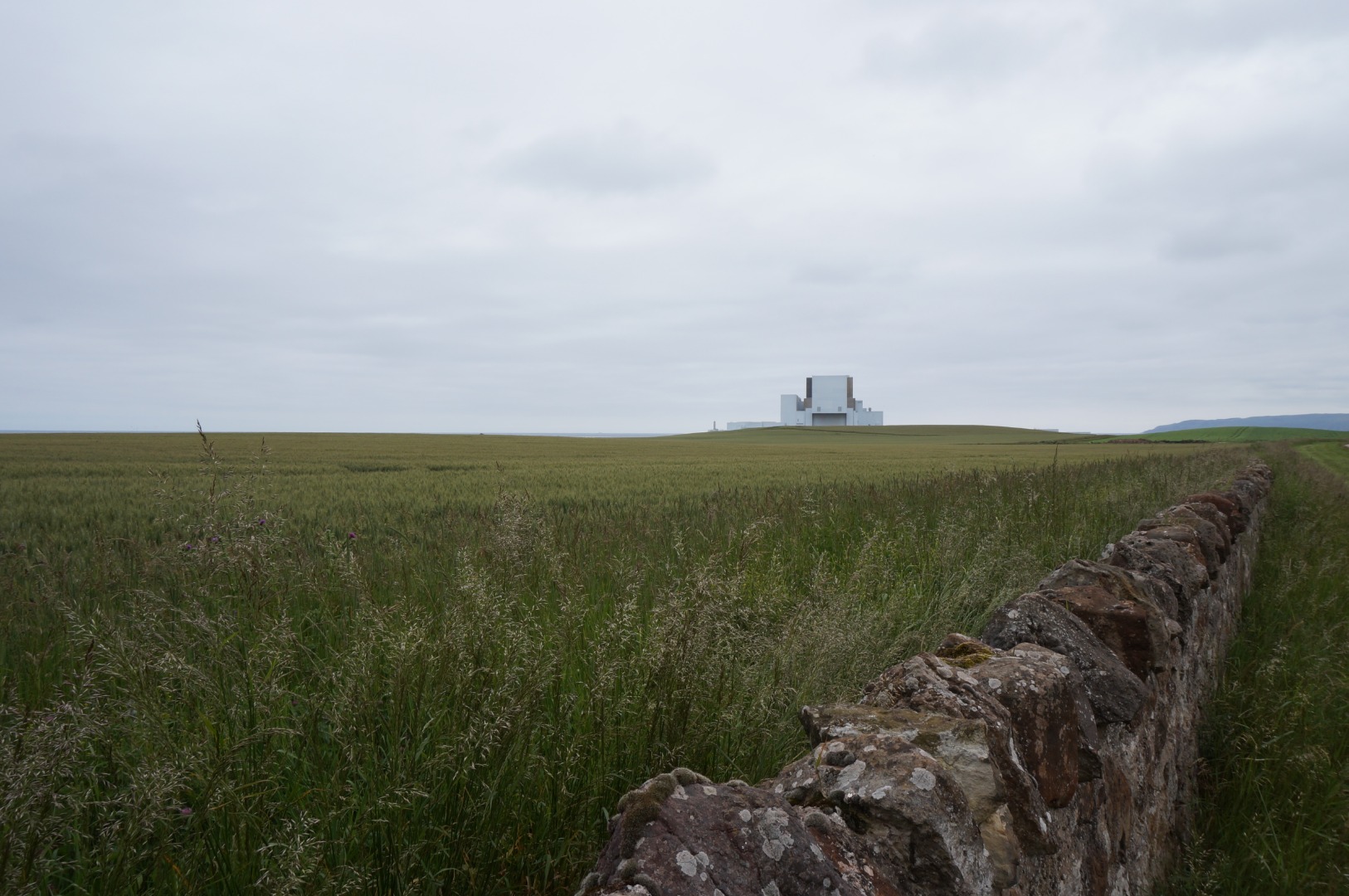 Looking east across Skateraw, with Torness nuclear power station in the background, 26 June 2019.