Hughie Green of Opportunity Knocks TV fame was a familiar face at Largs during WW2 while serving as a ferry pilot. His flying log book records can be seen as part of the exhibits held by Largs Heritage Centre within St Columba’s Parish Church alongside the famous Nardini’s café and restaurant.

Largs was home to an unusual airfield - a seaplane base operated by Prestwick-based civilian company Scottish Aviation Limited. This place played a major part in World War Two as a flying boat reception facility, allowing Consolidated Catalinas to land where they were fitted with specialist equipment or serviced to help win the Battle of the Atlantic against German U-boats. It also served as an overflow for the larger marine airfield further north at Greenock. The slipway alongside today’s RNLI lifeboat station building was constructed in September 1942; two other slipways arose on the north-east side of Great Cumbrae. Visiting aircraft moored off that island before being towed up the slipway and across the Largs-Skelmorlie road to reside on what is now a putting green where they were attended to. Barrfields Pavilion (now part of the Vikingar! visitor centre) was requisitioned to provide workshops and administration facilities.

In the better months of 1944 and 1945 larger Consolidated Coronado transport flying boats of No 231 Squadron mounted a service from Canada to Largs, bringing urgent freight and mail here and then taking aircraft ferry crews in the opposite direction – the service finally ended in September 1945 when the squadron relocated to Bermuda. In 1945 a Catalina of Iceland Airways Ltd also made successful exploratory passenger flights from Iceland to Largs.

Today, apart from the slipway now in RNLI use, the main one on Great Cumbrae is used by the Caledonian MacBrayne ferry service to and from Largs. A sunken Catalina in shallow waters nearby is now a popular diving wreck.

Photographs from the unveiling of the ABCT marker at Largs on 2 October 2010, (images courtesy of Ian Dalgleish - visit the Largs and District website here): 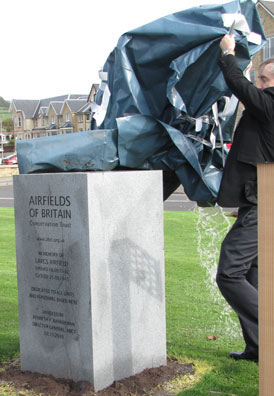 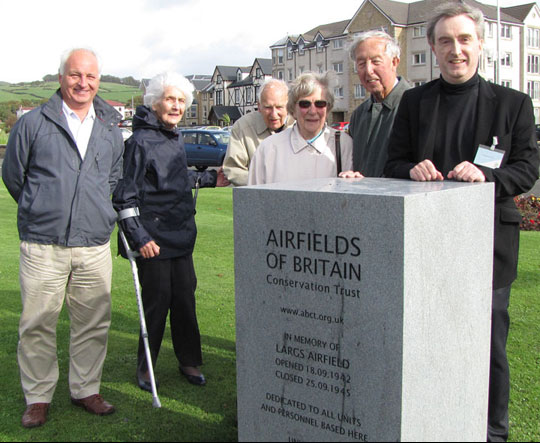 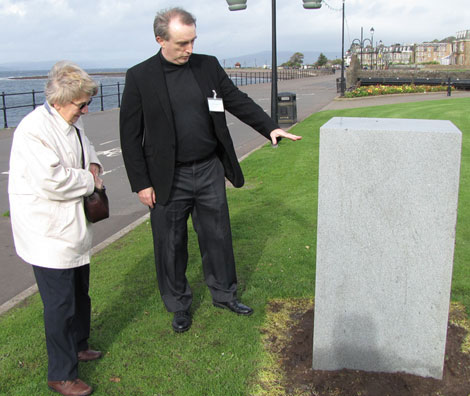