Now a famous motor racing circuit, flying began at Castle Combe in 1940. The site was used as a satellite for No 9 Service Flying Training School (later No 9 (Pilots) Advanced Flying Unit from February 1942) at nearby Hullavington using Hawker Harts. With facilities being improved during the winter of 1940/1941 the airfield was officially repurposed as a Relief Landing Ground in May 1941 and the school, now flying Miles Masters and Hawker Hurricanes operated throughout the summer.

Problems with waterlogging over the following winter especially meant that further improvements, such as the addition of Sommerfeld Track, were made in 1942. Fleet Air Arm pilots were also being trained by the school from around this time, meaning that Castle Combe saw use from Navy types such as Fairey Albacores and Swordfish. After this unit moved to Errol in the summer of 1942, No 3 Flying Instructors School (FIS) quickly transferred from Hullavington to be based at Castle Combe. Operating Airspeed Oxfords and Masters, the FIS continued to use the airfield until the autumn of 1943 when it left for Lulsgate Bottom due to the landing area at its former home still suffering from waterlogging.

No 15 (Pilots) Advanced Flying Unit from Babdown Farm used Castle Combe as their main Relief Landing Ground from November 1943 until the airfield was reduced to Care and Maintenance in June 1945. There was however one last bit of activity when the airfield was taken over by No 2 (Polish) Resettlement Unit in July 1946. The Poles occupied buildings at the site until Castle Combe closed on 18 October 1948.

Castle Combe Circuit opened soon after, with the first race taking place in 1950. The track, primarily the original perimeter track, is still active to this day and has seen famous names such as Nigel Mansell, Stirling Moss, Ayrton Senna and John Surtees race there. Among other survivors is the control tower that continues to be used for motor sports activities.

Photographs and video from the memorial unveiling at Castle Combe on 6th October 2018: 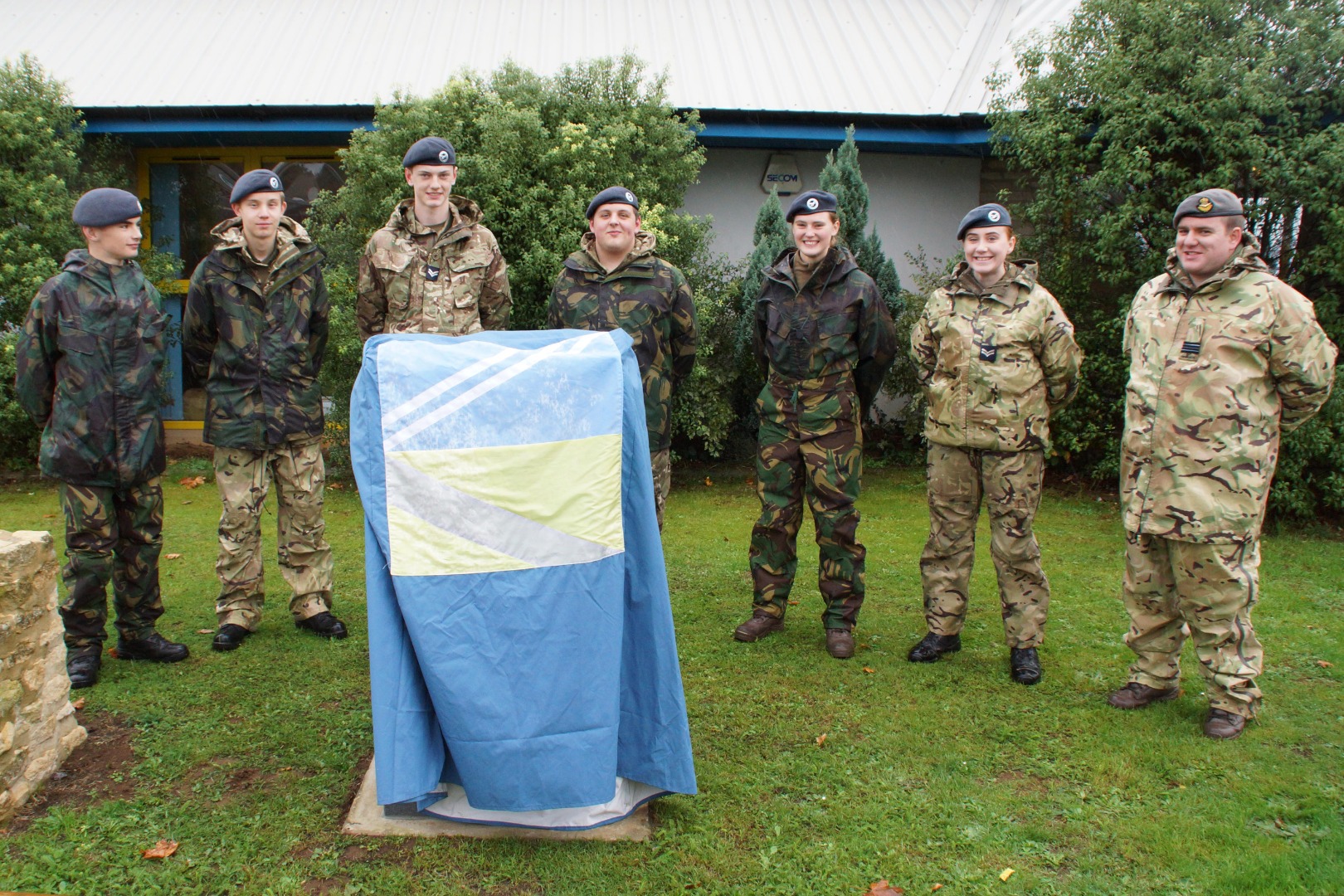 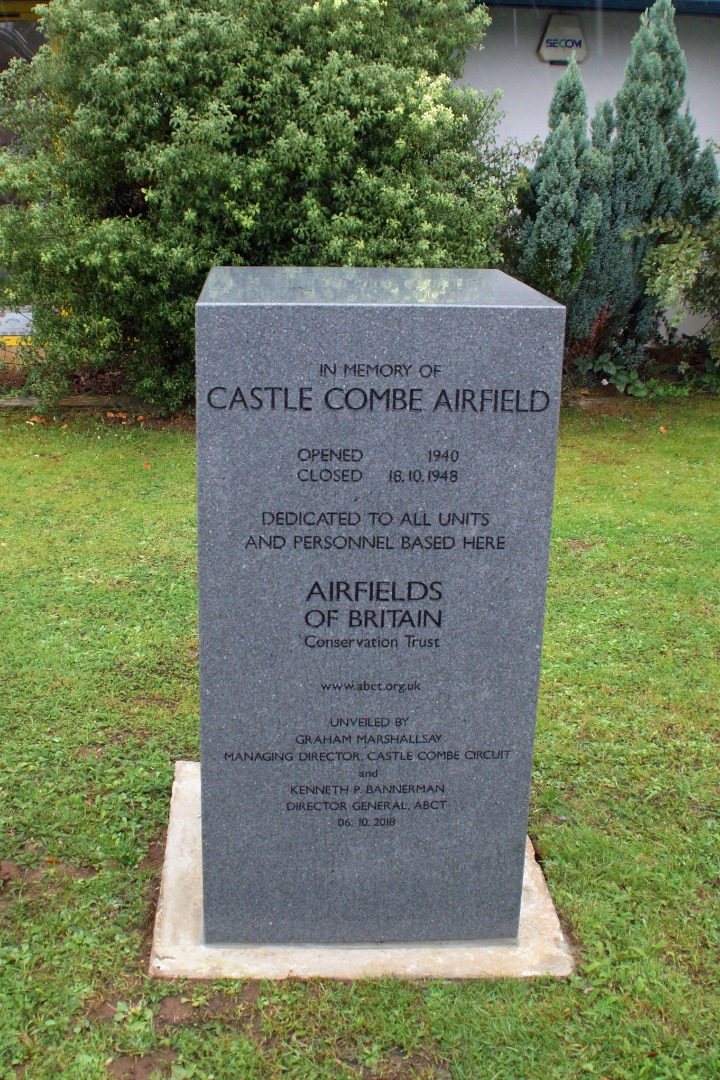 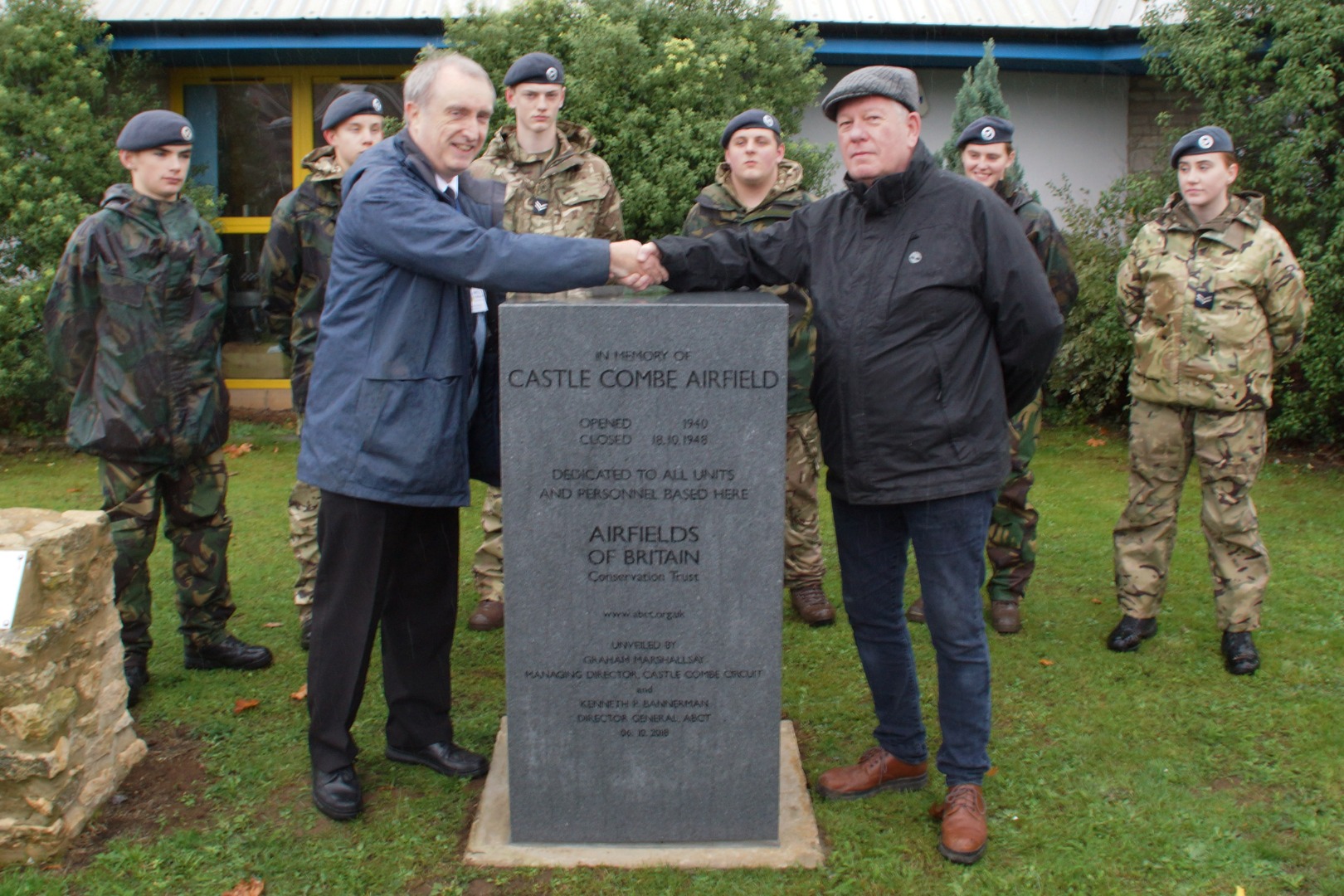 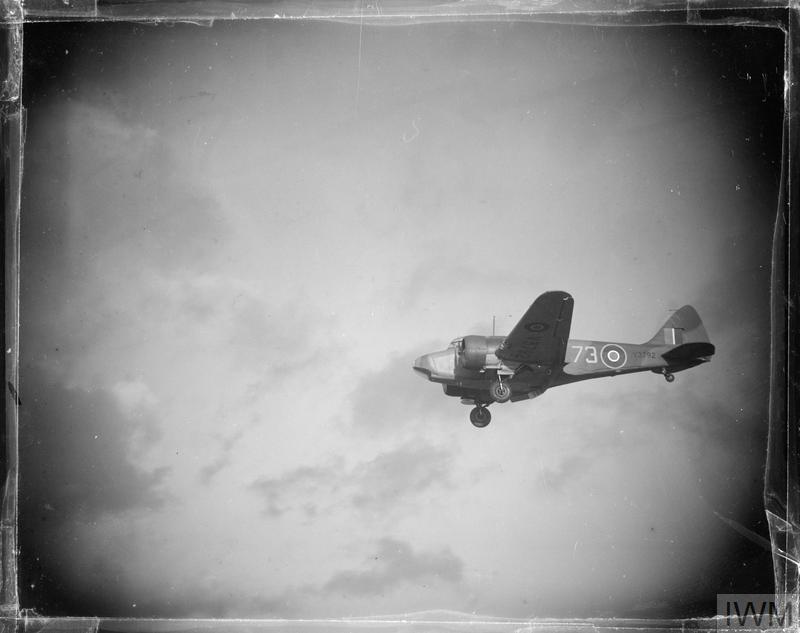 An Airspeed Oxford of No 3 Flying Instructors School based at Castle Combe, coming into land at Hullavington during the Second World War. © IWM (CH 11724) 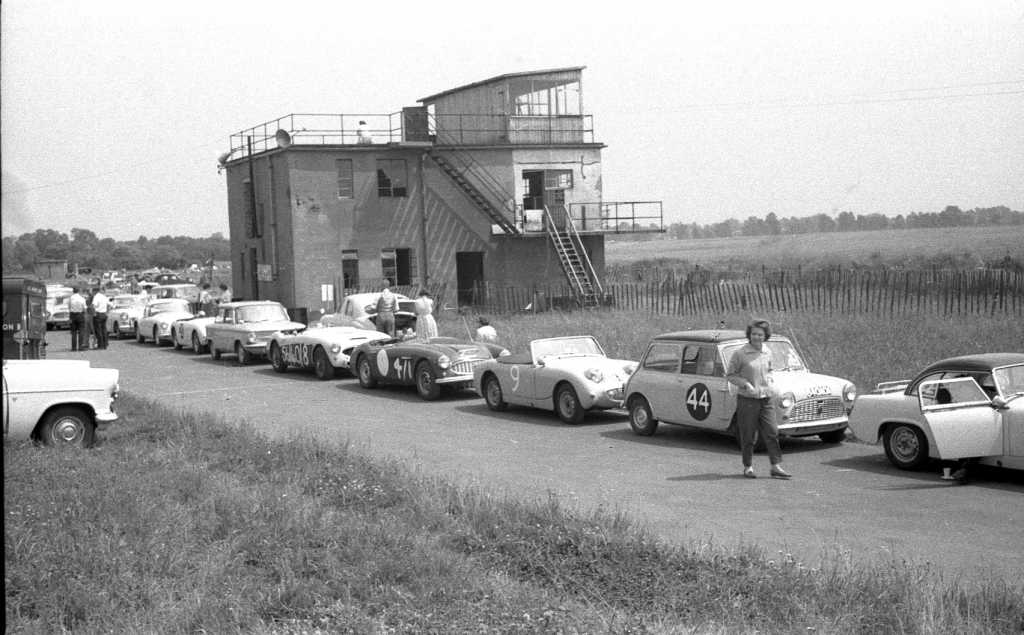 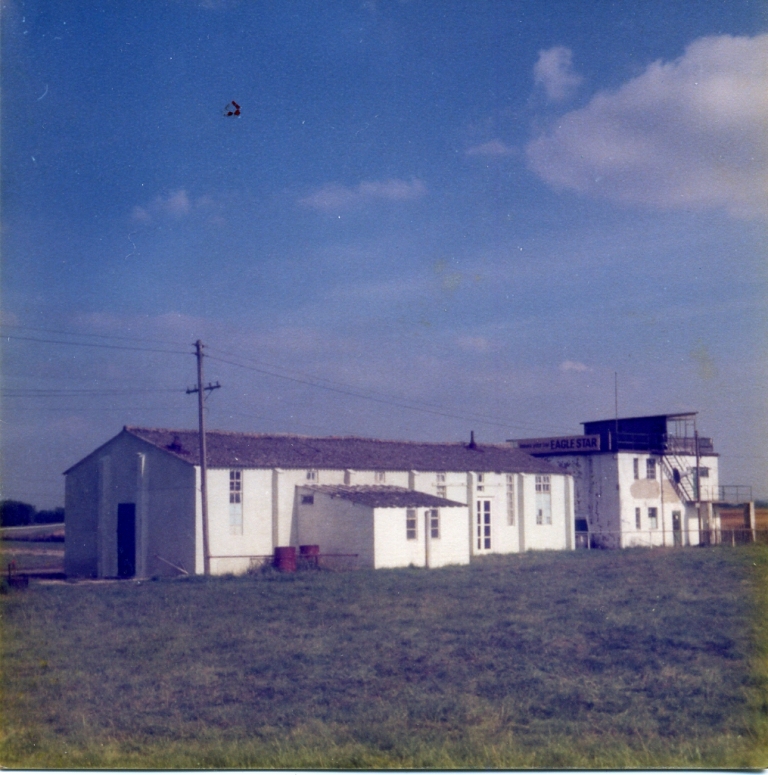 The control tower and what is now the Tavern restaurant, 1980s. Courtesy of Castle Combe Circuit Ltd. 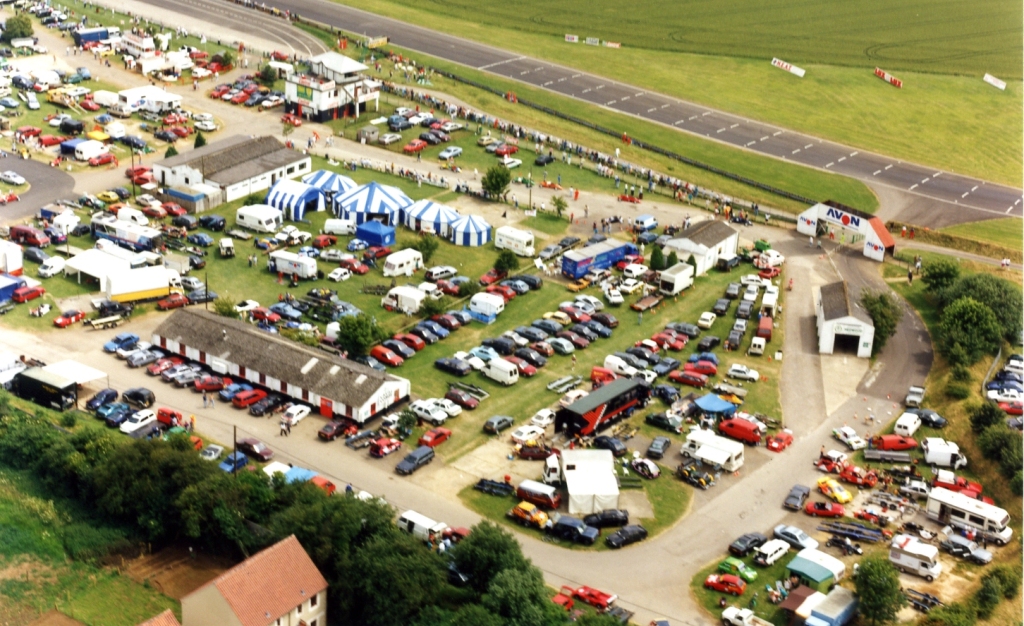 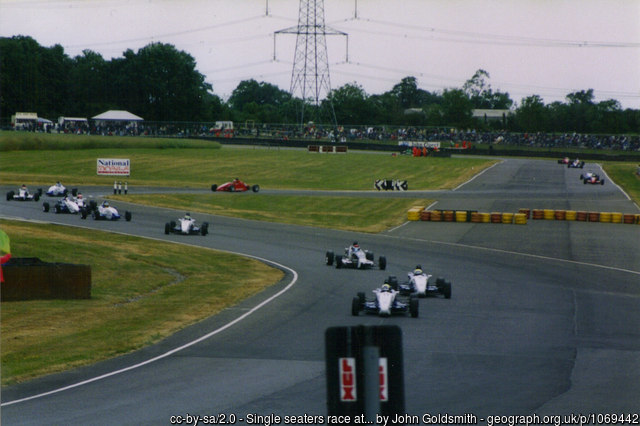 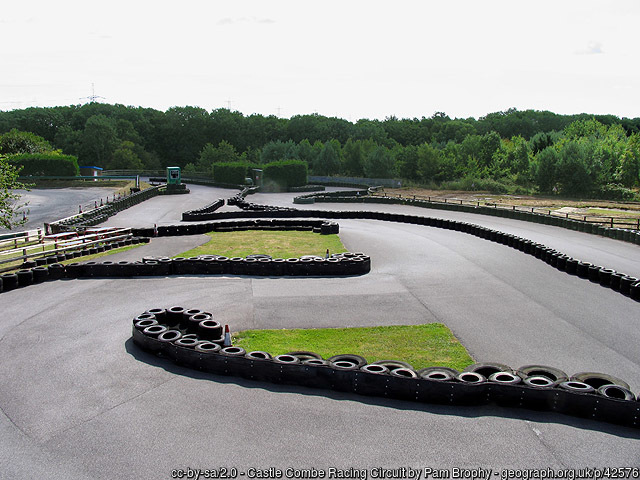 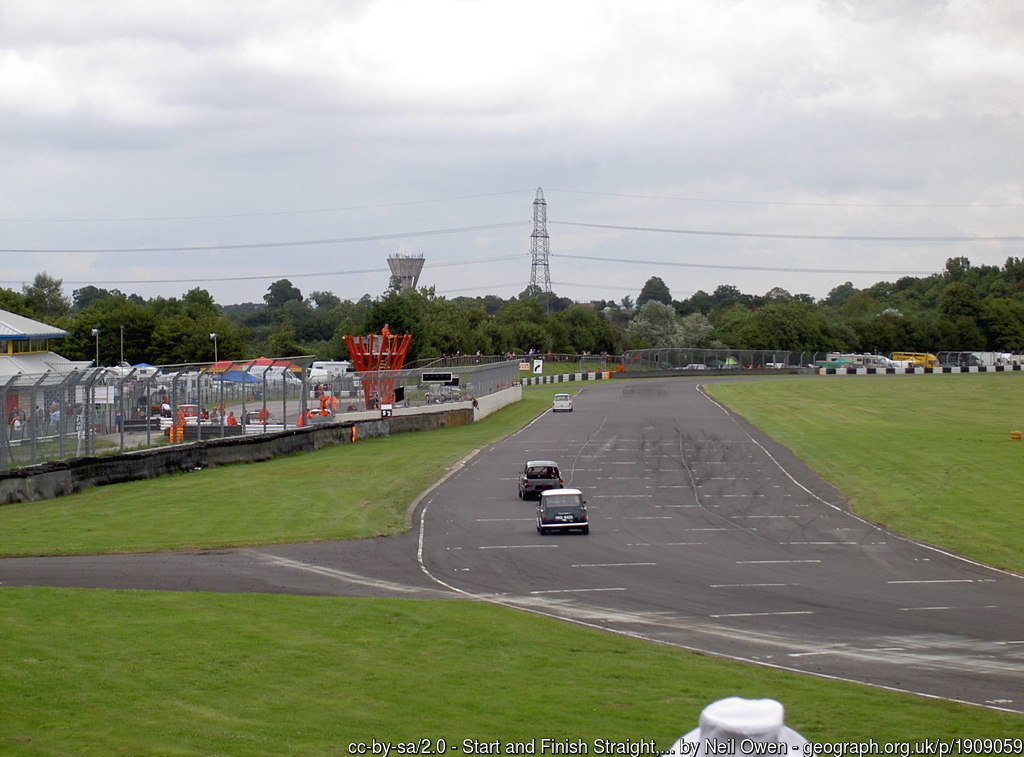 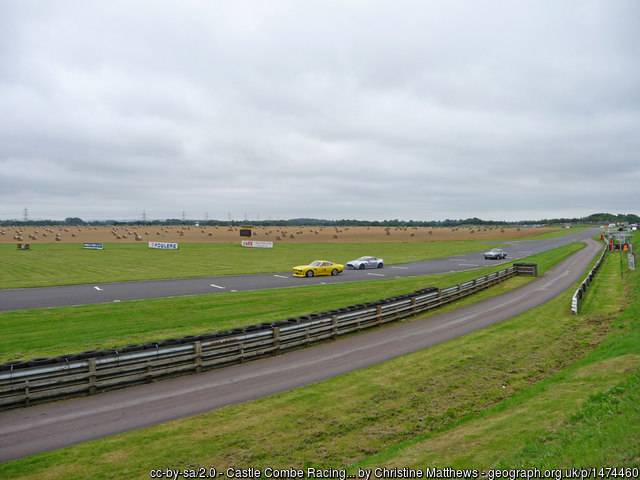 Touring car racing at Castle Combe with the control tower in the background, 1962. Courtesy of TOPCAMERAMAN 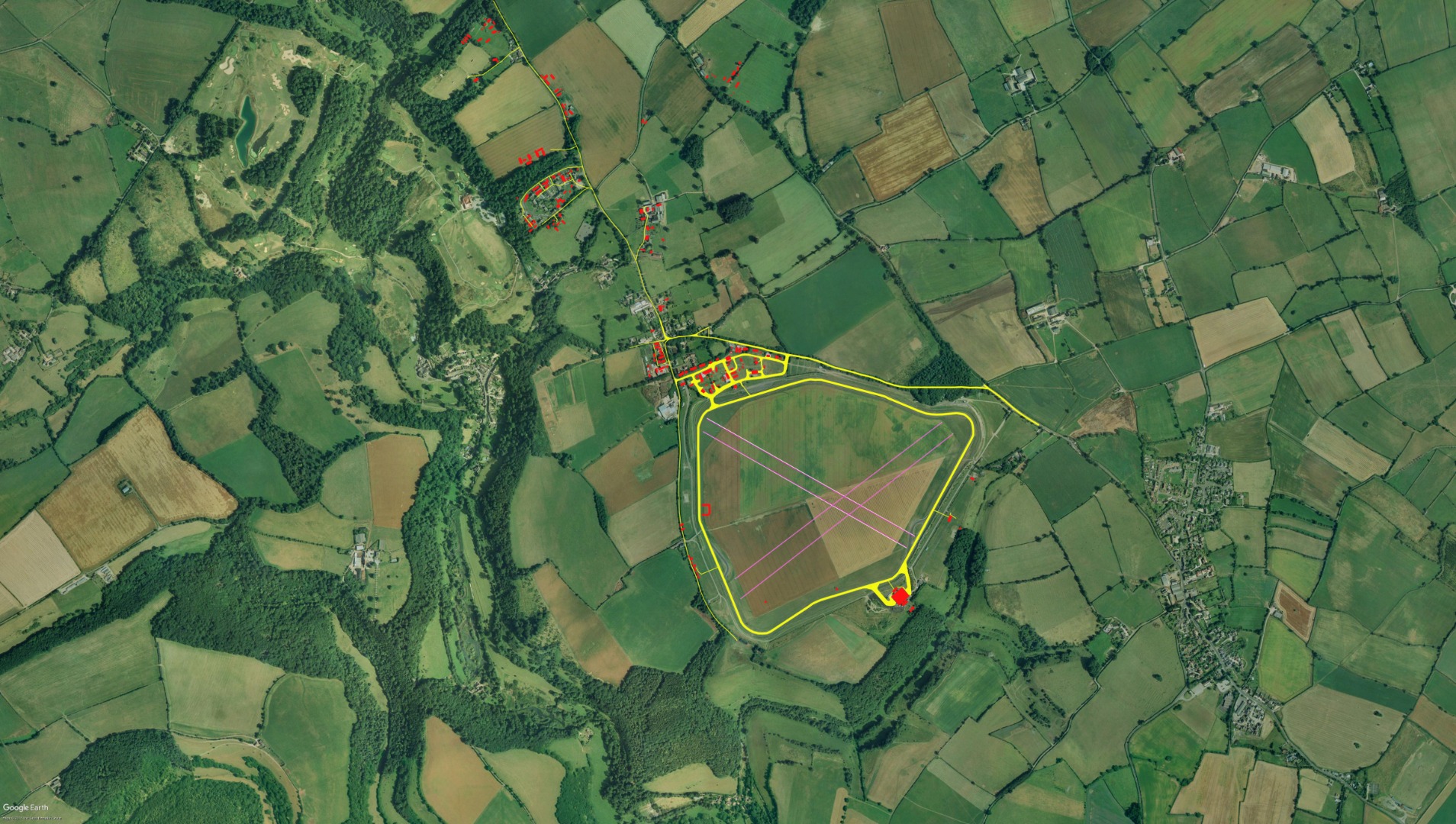