From 1997 to 2014 the T in the Park music festival was held at Balado Bridge and was said to generate the sum of around £23 million for the neighbouring town of Kinross and the surrounding area in just three days.

Best remembered in more recent years for housing a major pop music event, Balado Bridge acted as satellite to Grangemouth from its opening for Supermarine Spitfires of No 58 Operational Training Unit. The airfield remained busy in this advanced instruction capacity until the now renamed No 2 Tactical Exercise Unit disbanded in June 1944, after which the War Department took over control in November of that year following brief use as a Relief Landing Ground by No 9 (P) AFU at Errol.

This was not the end of flying here by any means as the Scottish Gliding Union found Balado a good enough site for its civilian gliders from 1946 until moving to Portmoak. Various other types of aviation activity occurred too, ranging from the Loch Leven Aero and Gliding Club to scrapping of Fleet Air Arm aircraft by a civilian firm, but all major flying had to stop in 1957 as the airfield became earmarked for military communications duties. Further technological advances in this field of operation saw a highly distinctive 'golf ball' structure emerge in 1985, this facility remaining in use until being decommissioned during 2006.

Balado Bridge became familiar to the general public as home to extremely popular music festival T in the Park, which drew huge crowds here between 1997 and 2014. The airfield's use in this role had to suddenly end due to concerns about an underground pipeline but the airfield continues to be busy in other industrial and recreational ways, while flying is still evident in the form of microlight training. A good deal of infrastructure remains as well, ranging from both runways to the control tower and an unusual hangarage combination of a B1 and a Super Robin. 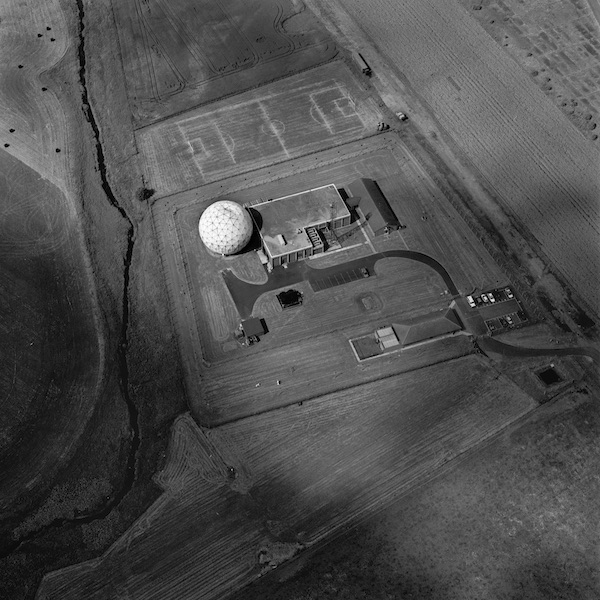 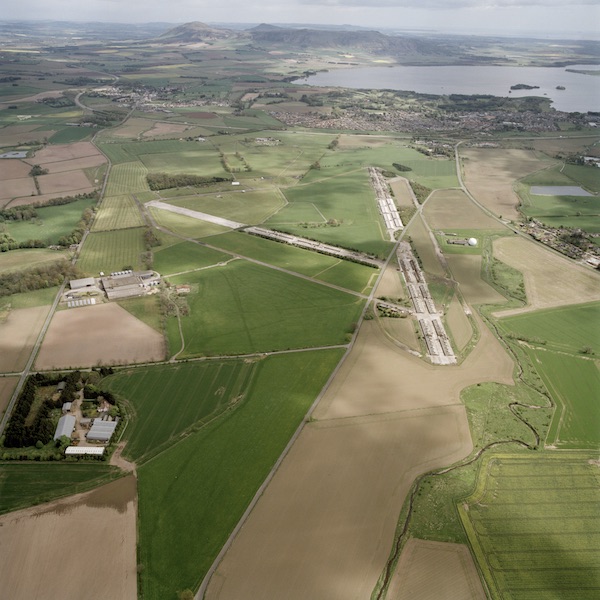 Aerial view looking across the airfield, taken from the west, 10 May 2005. © Crown Copyright: HES. Licensor canmore.org.uk 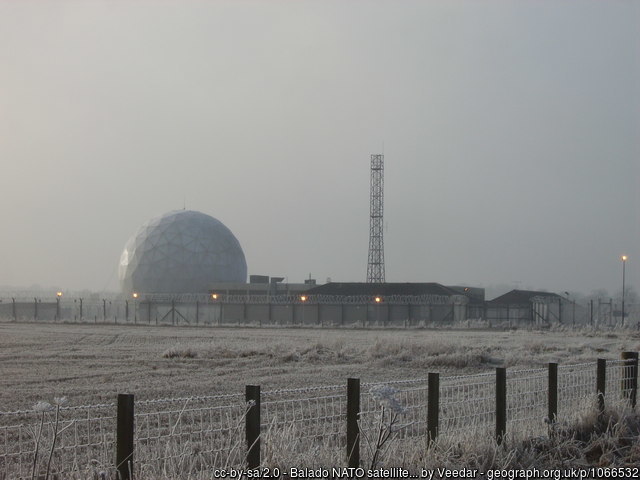 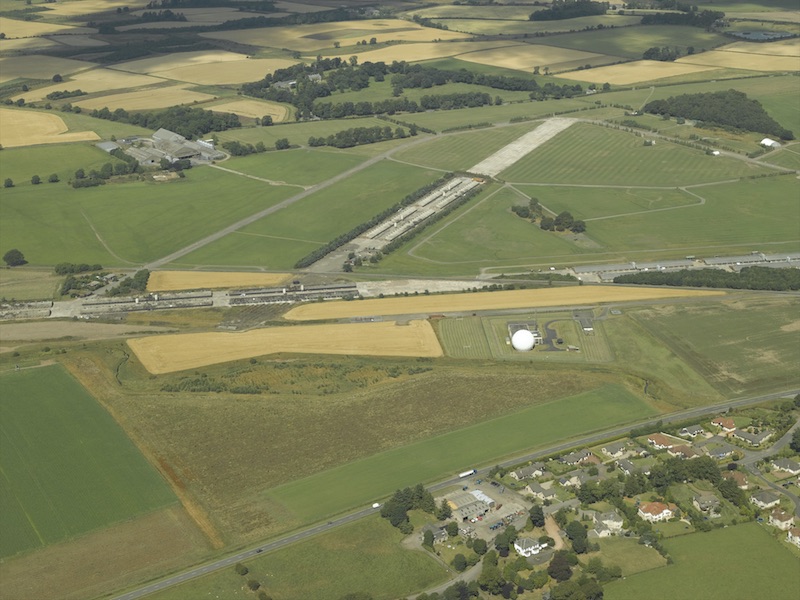 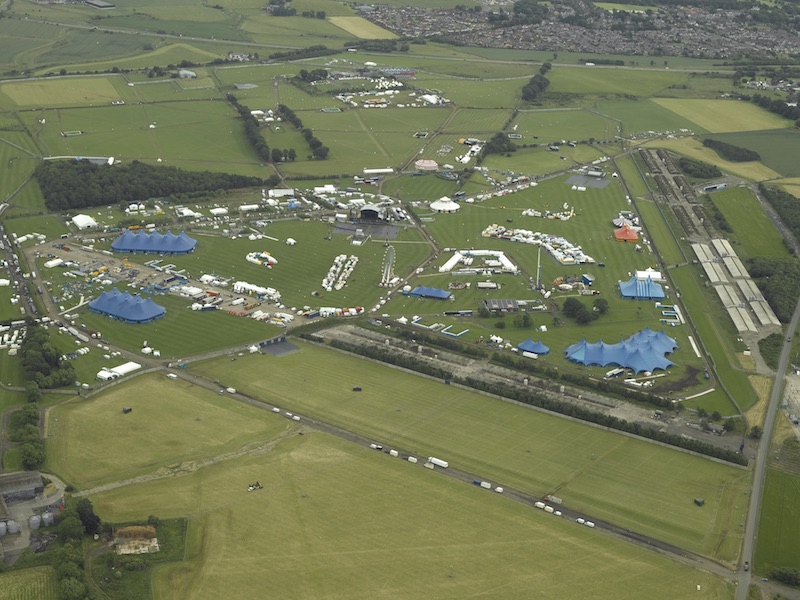 Aerial view centred on the airfield, taken during T in the Park from the west, 5 July 2007 © Crown Copyright: HES. Licensor canmore.org.uk 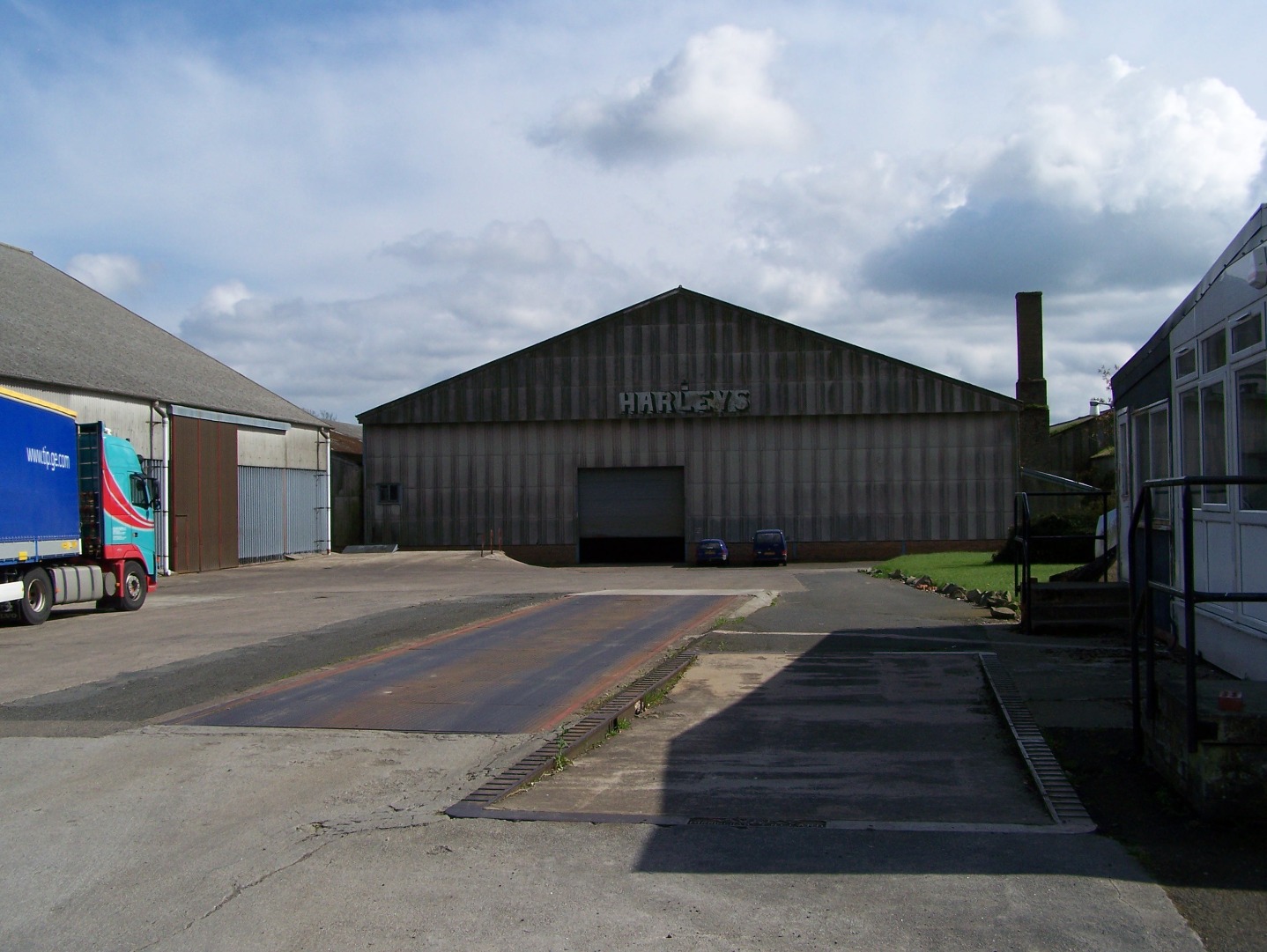 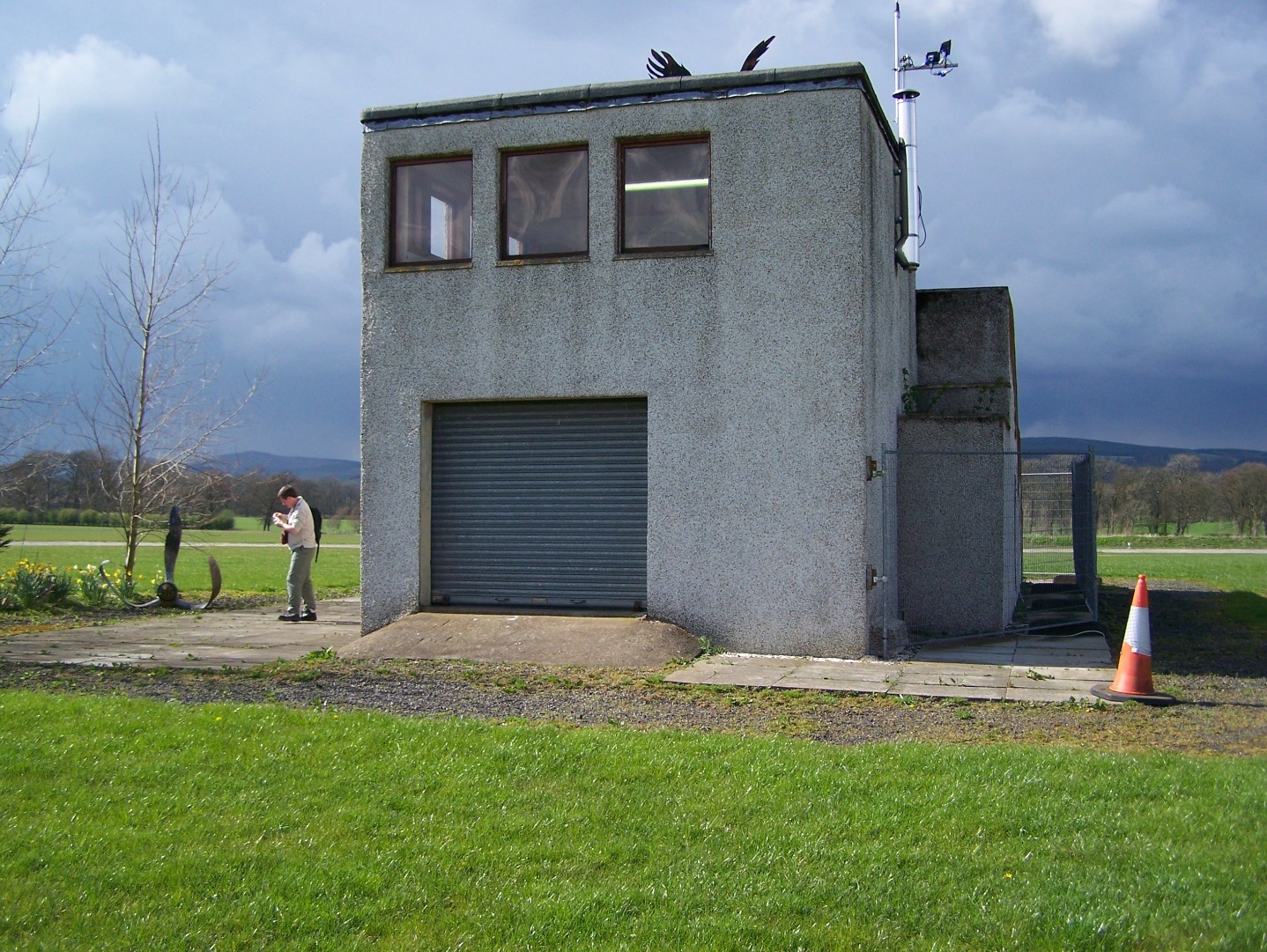 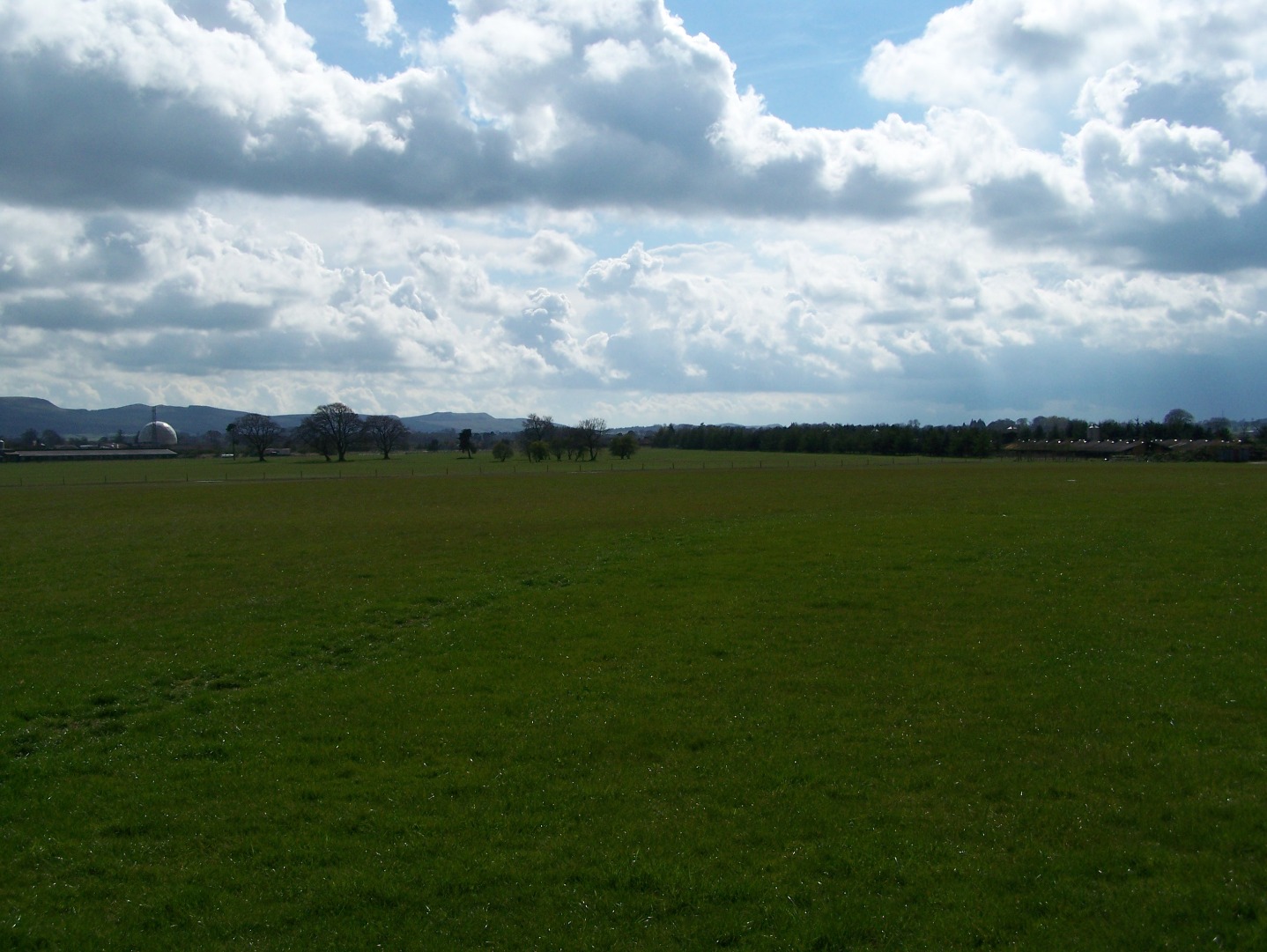 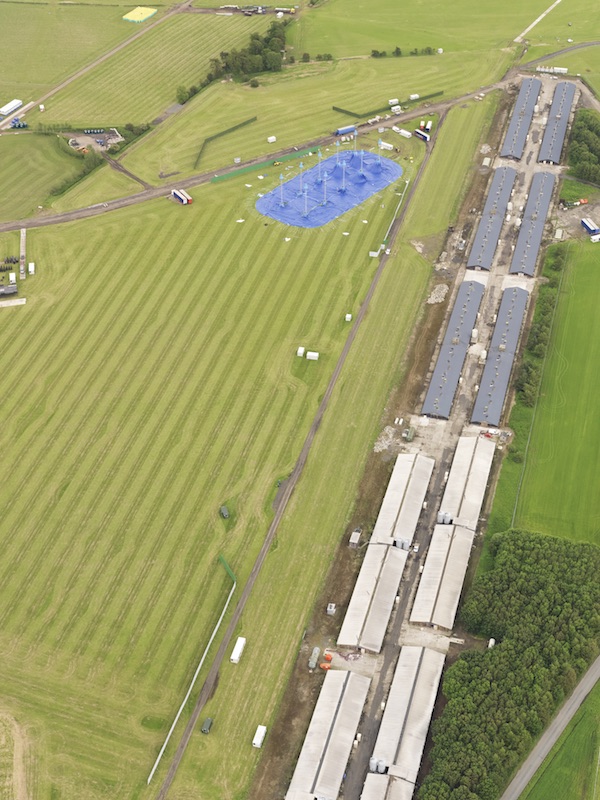 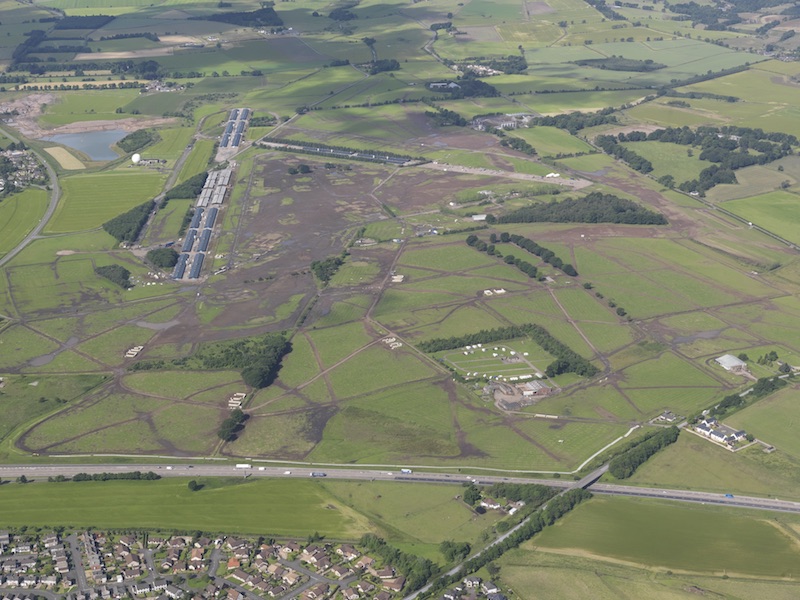 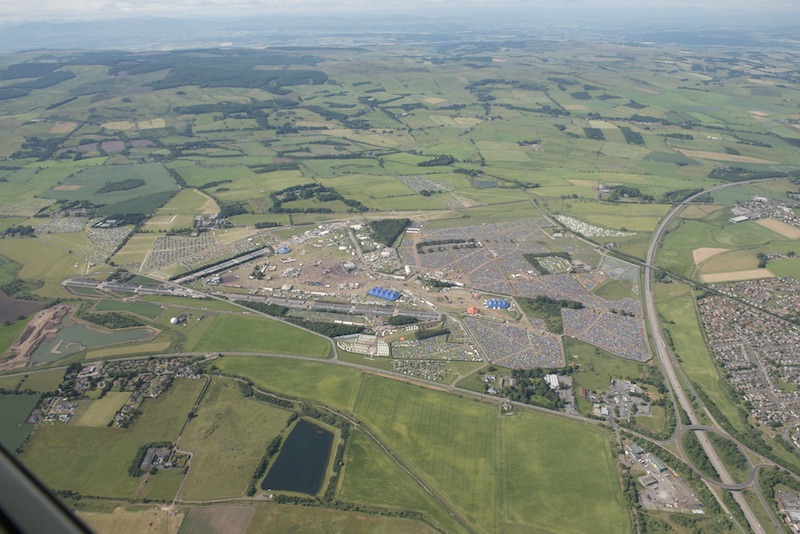 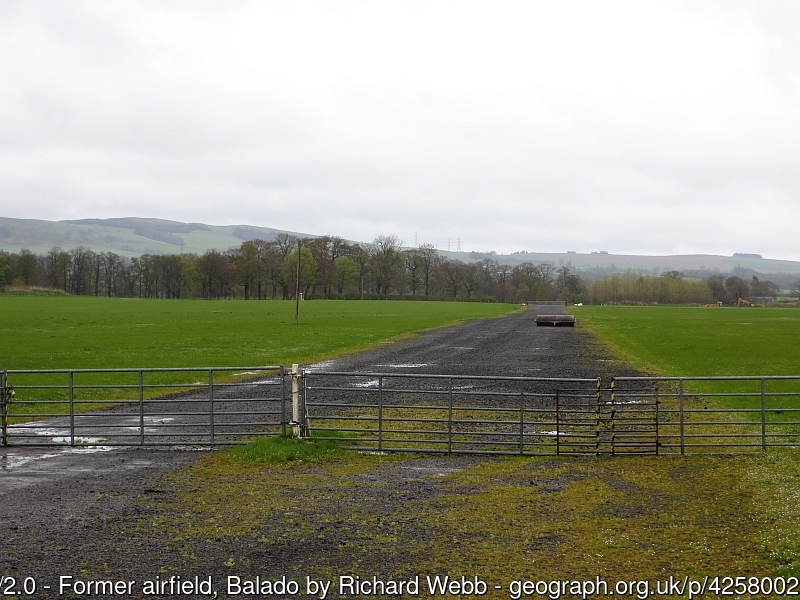 Part of the perimeter track at Balado Bridge, 1 May 2014. 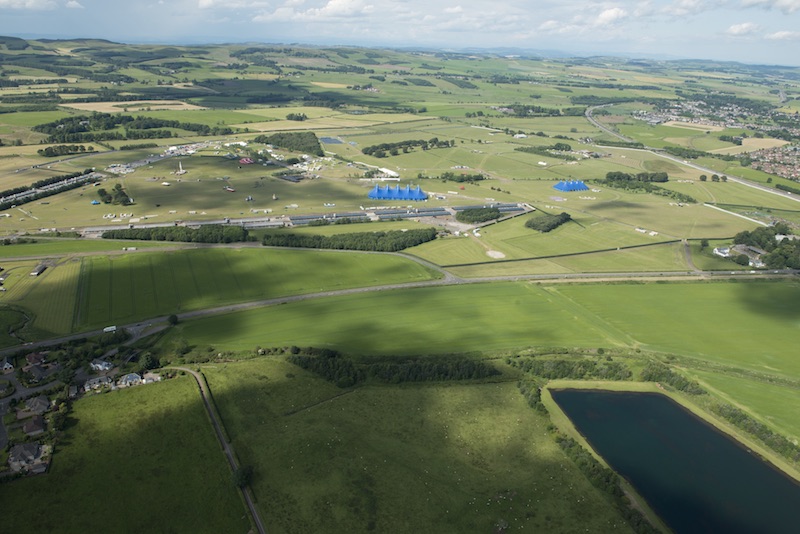 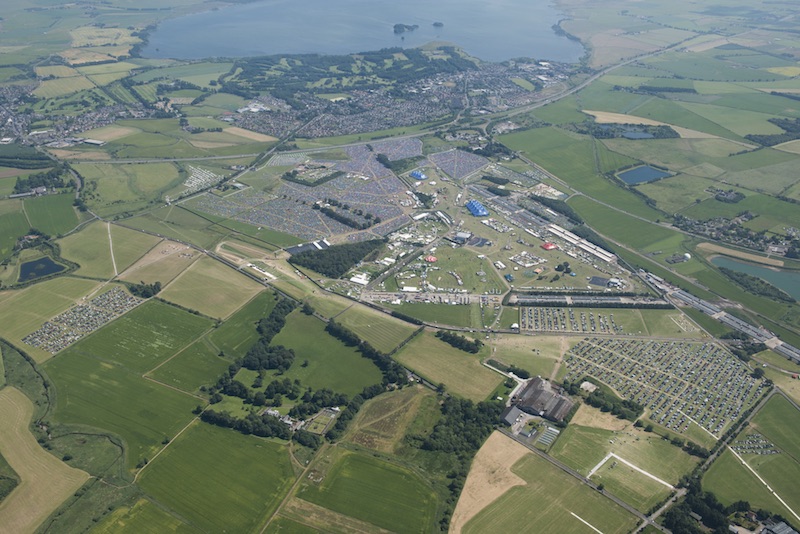 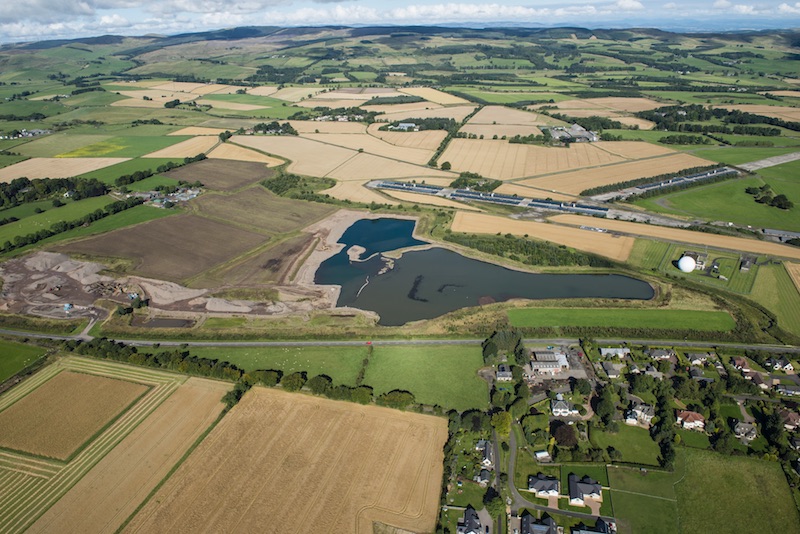