Almost entirely always in the shadow of nearby Brawdy, despite being its parent for some time, St. David’s opened in the late summer of 1943 for RAF Coastal Command use. Meteorological Halifaxes of No 517 Squadron arrived during November before going to the newly opened Brawdy in February 1944 but it would be anti-submarine versions of the Handley Page design that created a bigger initial impact. Nos 58 and 502 Squadrons had arrived in December 1943 and mounted patrols until finally both leaving for Stornoway in the Outer Hebrides in September 1944.

After this time the airfield changed to non-operational duties, though this activity was no less important. The General Reconnaissance Aircraft Preparation Pool kept a ready supply of Halifaxes, Consolidated Liberators and Vickers Wellingtons for immediate Coastal Command use from October 1944. Later on two Liberator squadrons passed through in the summer months of 1945 but St. David’s was reduced to Care and Maintenance status in the following November. Once Brawdy’s parent, St. David’s now became its satellite.

The airfield did however continue to be available to aircraft for many more years. The Royal Navy took over control from the RAF and from 1950 to 1961 Airwork ran an entirely civilian-manned Fleet Requirements Unit. The training aircraft included de Havilland Mosquitoes and Sea Hornets among other types, which employed St. David’s either as parent or satellite airfield until eventually going to Yeovilton. This was the end of regular flying but St David’s was still used as a very basic Relief Landing Ground for No 1 Tactical Weapons Unit’s advanced jet trainers while they operated from Brawdy during 1974-92.

Only in the mid-1990s did the military finally relinquish St. David’s for it to come under ownership of the Pembrokeshire Coast National Park Authority. Very little has survived apart from the three runways and most buildings such as its three T2 hangars have disappeared. 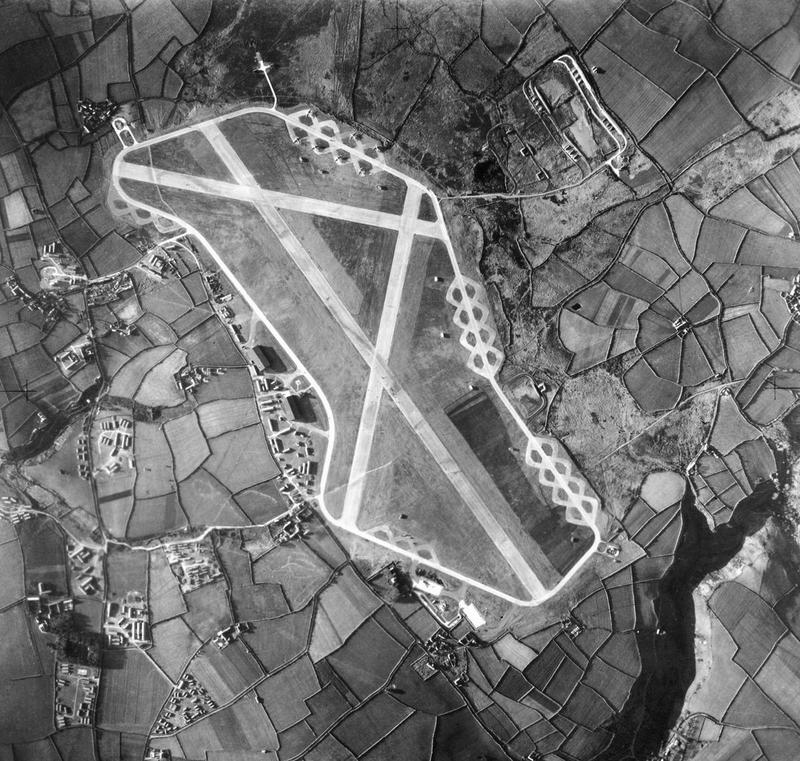 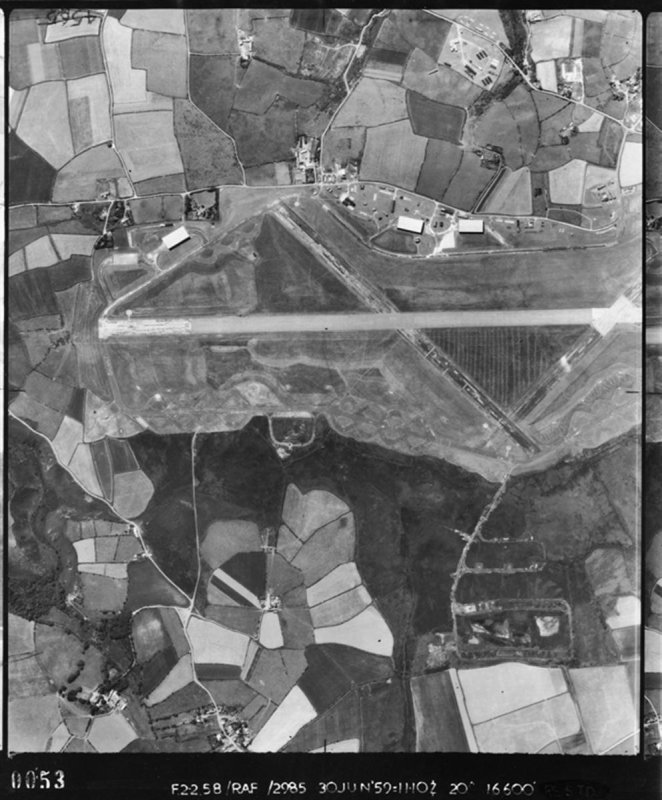 Aerial view of St David's airfield, 30 June 1959. From the collections of the National Monuments Record of Wales: © Crown copyright: MoD. 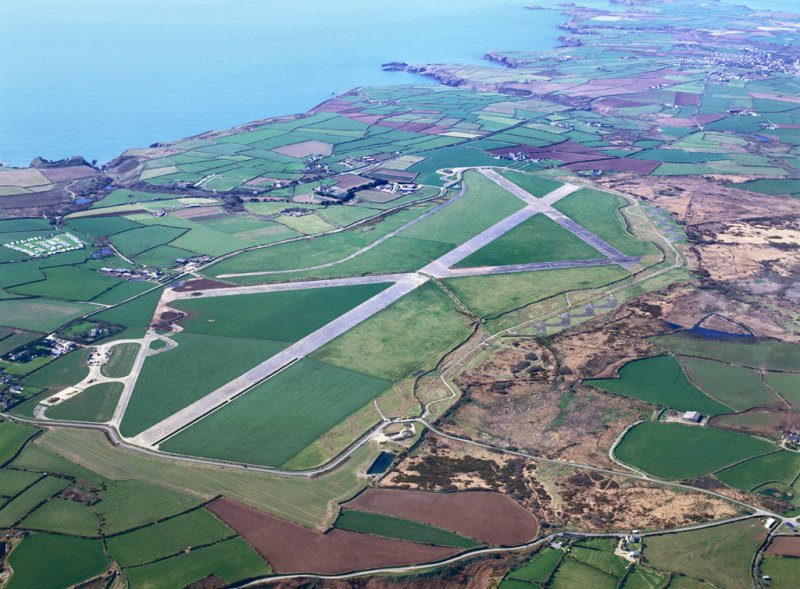 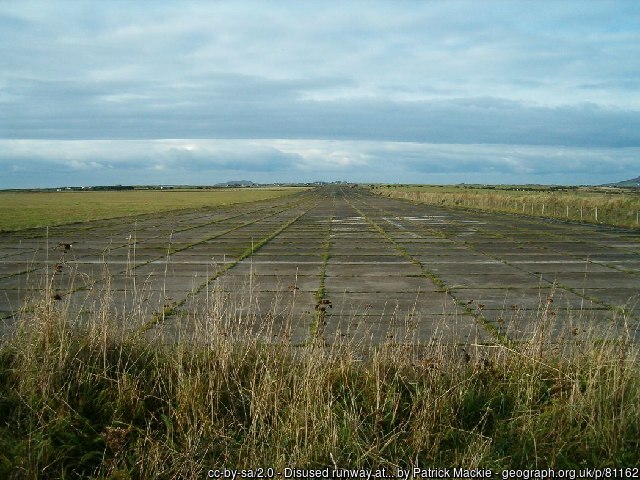 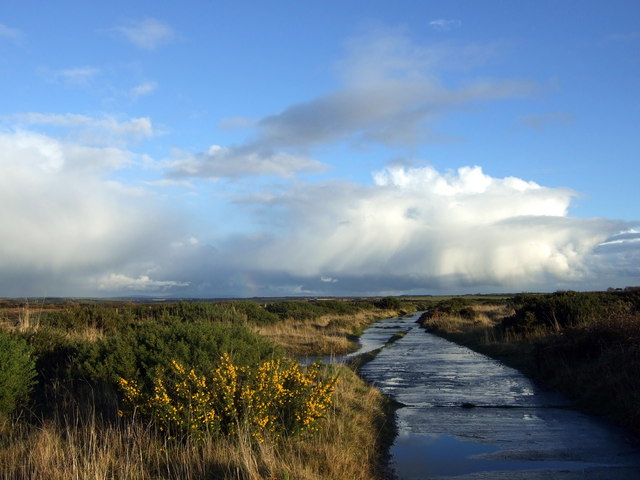 A service road at St David's, 28 November 2008. © ceridwen and licensed for reuse under this Creative Commons Licence 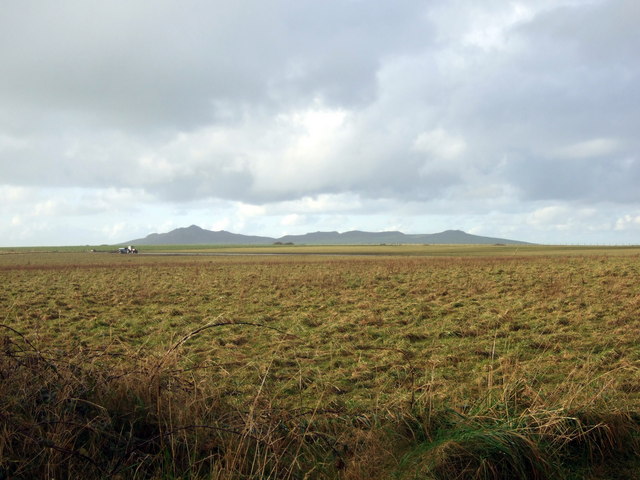 View across the airfield looking north-west, 28 November 2008. © ceridwen and licensed for reuse under this Creative Commons Licence 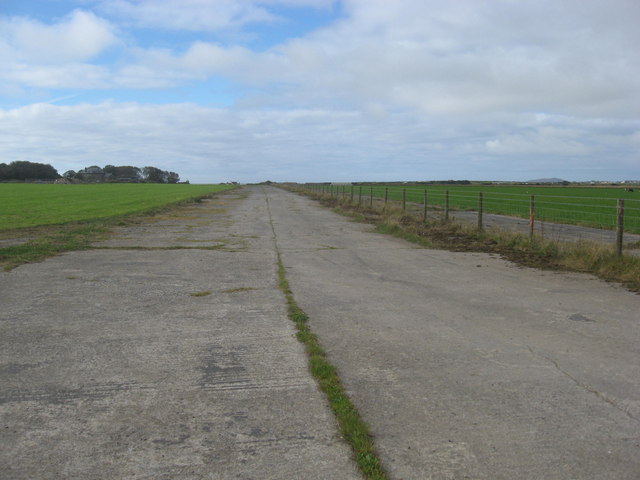 The perimeter track at St David's, 29 September 2009. © Dr Duncan Pepper and licensed for reuse under this Creative Commons Licence