The town’s former racecourse dating back to the 19th Century at Ddole witnessed a certain amount of regular flying between both world conflicts, following displays given by pioneer airman Gustav Hamel prior to World War One. The main driving force was local businessman Tom Norton, who created a striking building named The Automobile Palace from where he sold cars and cycles but also had visions of establishing aviation in the surrounding community. Records are spasmodic but South Wales Airways flew to Llandrindod Wells during the late 1920s, while a mixture of air displays and joy-riding in the next decade saw other visitors involved such as Sir Alan Cobham and Universal Aircraft Services, as hangarage was available by this time.

Today the airfield is now only a field, though there is one most unusual relic of sorts. The word ‘Aircraft’ is still visible at The Automobile Palace, which has become a listed building and is home to the National Cycle Museum.

The Automobile Palace, designed to be the centre of aviation in the community by Tom Norton. Photograph taken on 21 April 2016. © Julian Osley and licensed for reuse under this Creative Commons Licence 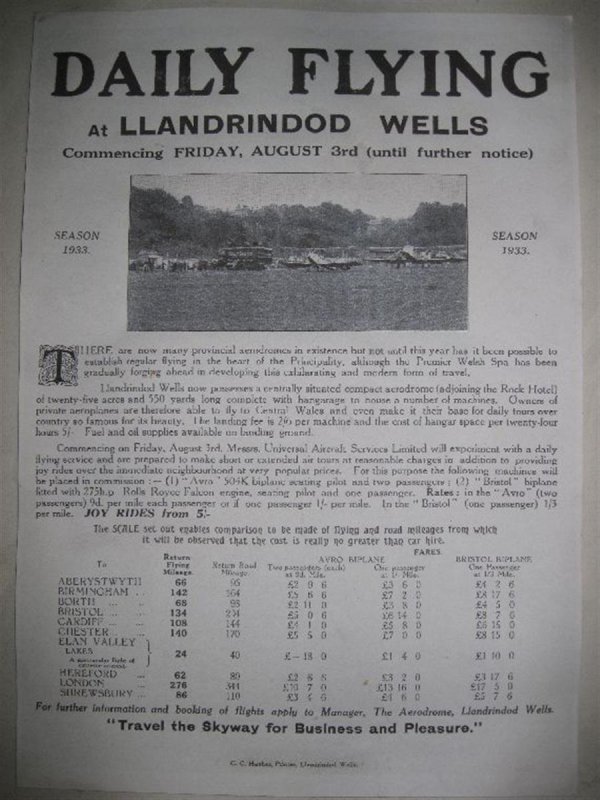