N.B. - Langley is situated across the two counties of Buckinghamshire and Slough but primarily geographically resides in Slough.

Langley played an important part in Britain’s aviation history, both during and after the Second World War. Not only did it produce some of the world’s greatest fighter aircraft, it also helped herald in post war trans-Atlantic commercial air travel and the jet age.

The airfield consisted of three hardened grass runways, two main production buildings, a small control tower, office and administration block, various supporting out buildings, four large flight sheds, large concrete apron, football pitch and five repair hangars that were later used as storage facilities for the USAAF and also held the items for auction after the Festival of Great Britain. The airfield had its own Barrage Balloon Squadron and was also used by the RAF 1st Film Unit.

After the war, with aircraft production significantly reduced and before Heathrow was fully operational, Hawkers was able to offer some of their facilities at Langley to non-state funded airlines and aviation businesses. Silver City Airlines, Skyways, British South American Airlines, Airwork and Baynes Aircraft Interiors all used Langley. No 125 Gliding School, Air Training Corps., used the airfield, as did General Aircraft to test their Hamilcar X and a few privateers with their experimental prototypes.

Langley built aircraft starred in two movies, Angels One Five and Battle of Britain and the airfield welcomed the Queen Mother on a few occasions as trophy presenter during the Northern Heights remote control  flying competitions.

The airfield effectively ceased all operations in 1958, but it was not the end of its association with the Hawker company. In 1959, Hawker Siddeley Nuclear Power Company took over the four large flight sheds and installed a complete nuclear submarine reactor test facility, it was relocated to Greenwich in 1961.

What little remains is unrecognisable or completely hidden: a playground, horse field and residential  open space is all that remains of the runway area, the house that was used as the test pilot’s mess is now a rather nice residential property, a weed covered section of the original repair shed access road now lies in the grounds of a local golf course, as does a one piece steel hanger door upright complete with hanging attachments, and finally, a large moss covered concrete pad and rubble next to a field where the gliding school used to be. Other than that, the only visible hint to Langley’s aviation past is an empty office building called Hurricane House.

'Langley Parlaunt Park contained a small internal base of USAF until the mid sixties, the airfield consisted of 5 hangers with quarters and various out buildings and a boiler house, although it had a tower, this had been removed when I was there in the 1960's, there was even a Spitfire in one of the hangars which was retrieved for the Battle of Britian film, a Bentley, an Austin 'Buttercup' and stacks of captured German equipment in one hanger. It was a great site and it has now gone without trace under a golf course!!' (Supplied by: Douglas Richardson via Email)


The following organisations are either based at, use and/or have at least potentially significant connections with the airfield (as at 01/09/2011):

Photographs and video from the memorial unveiling on 5th October 2019: 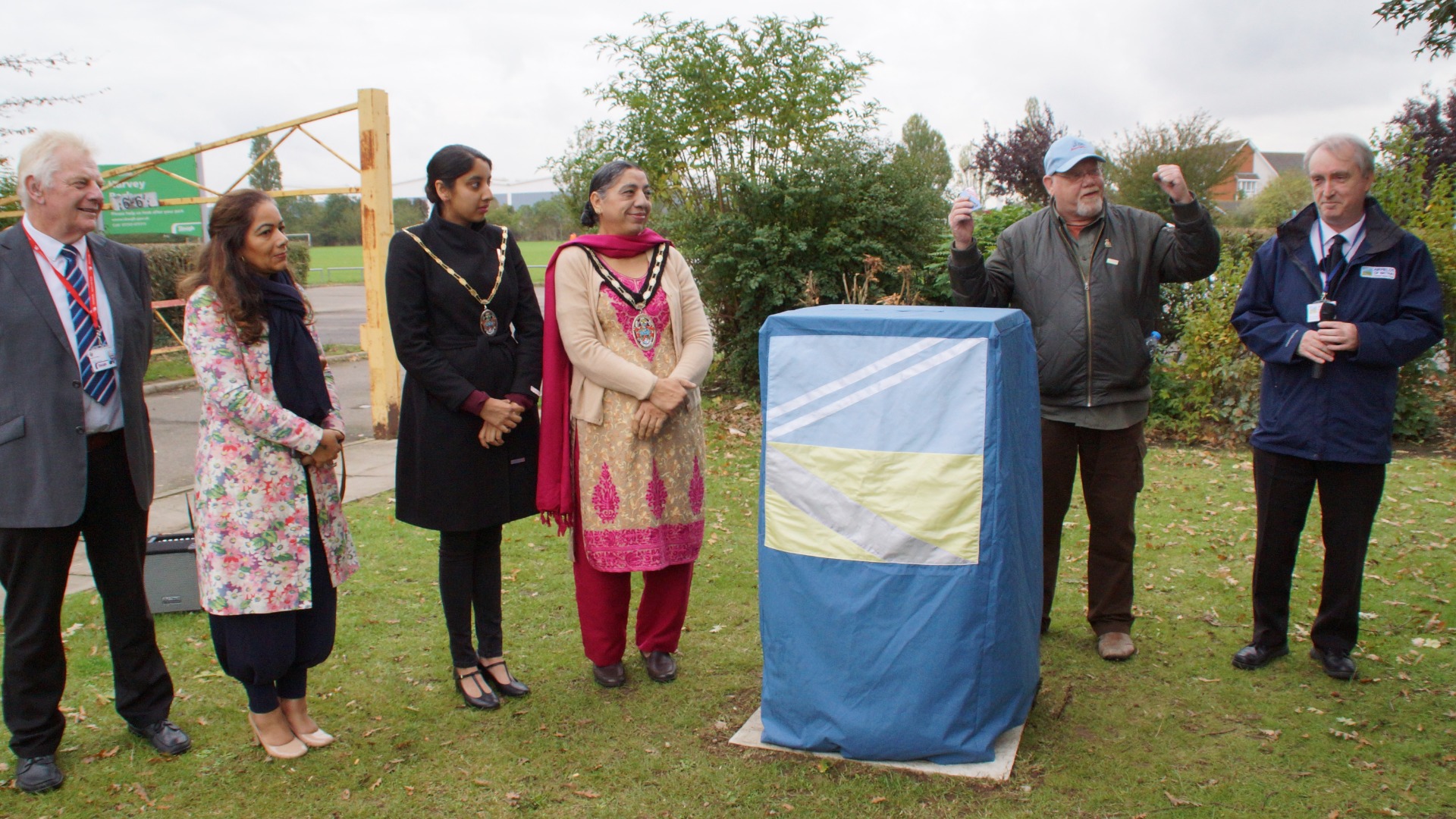 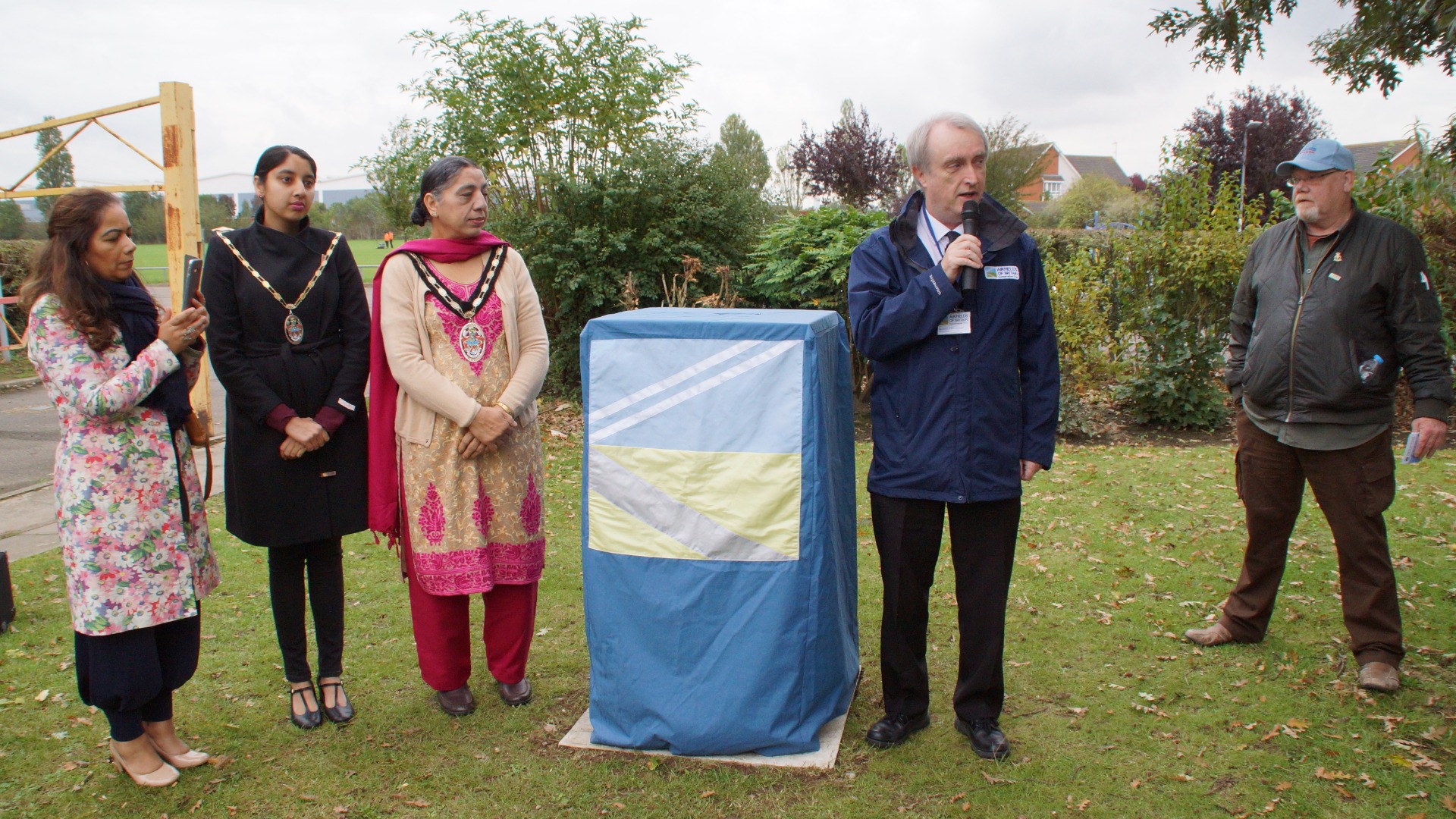 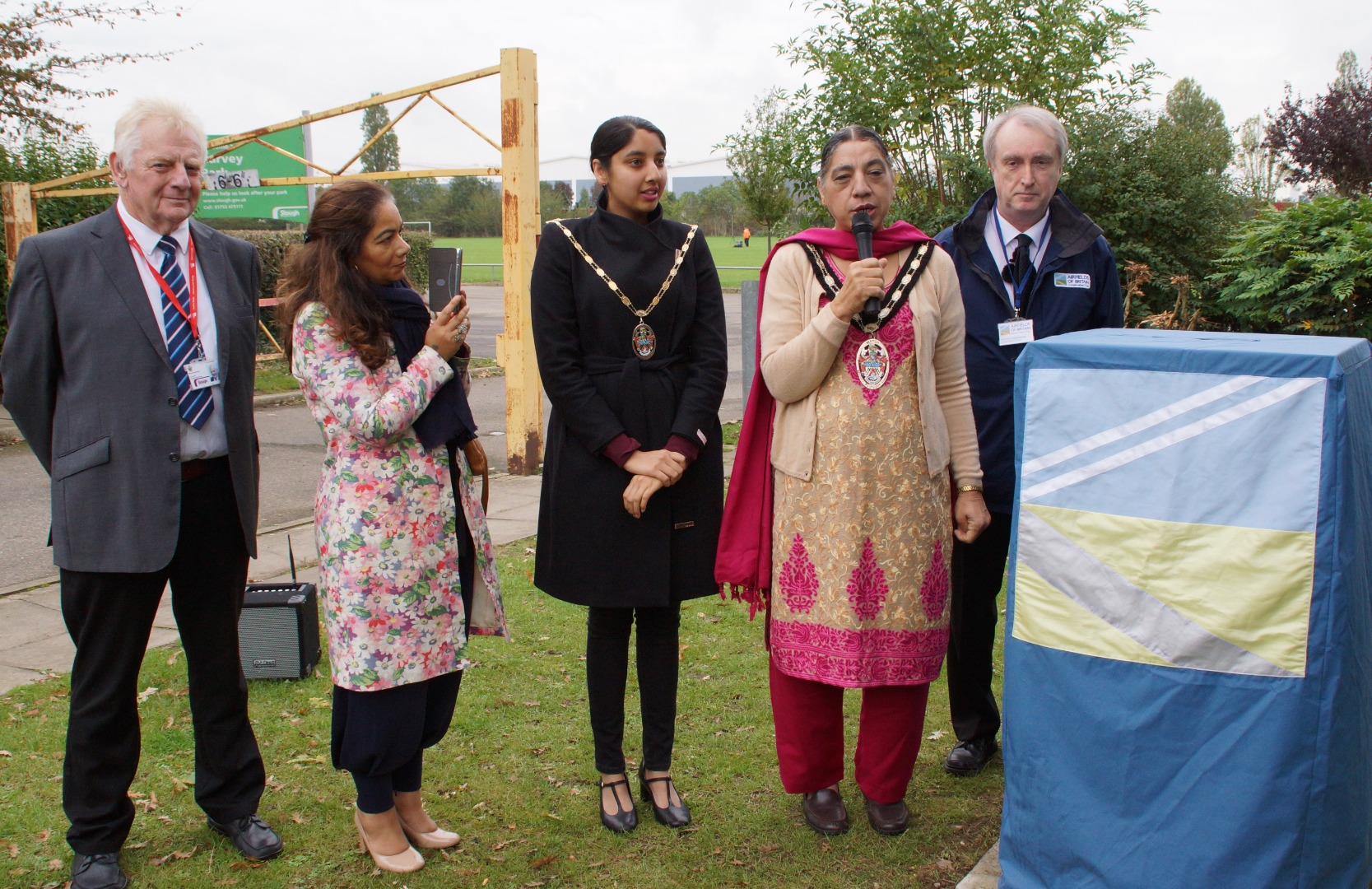 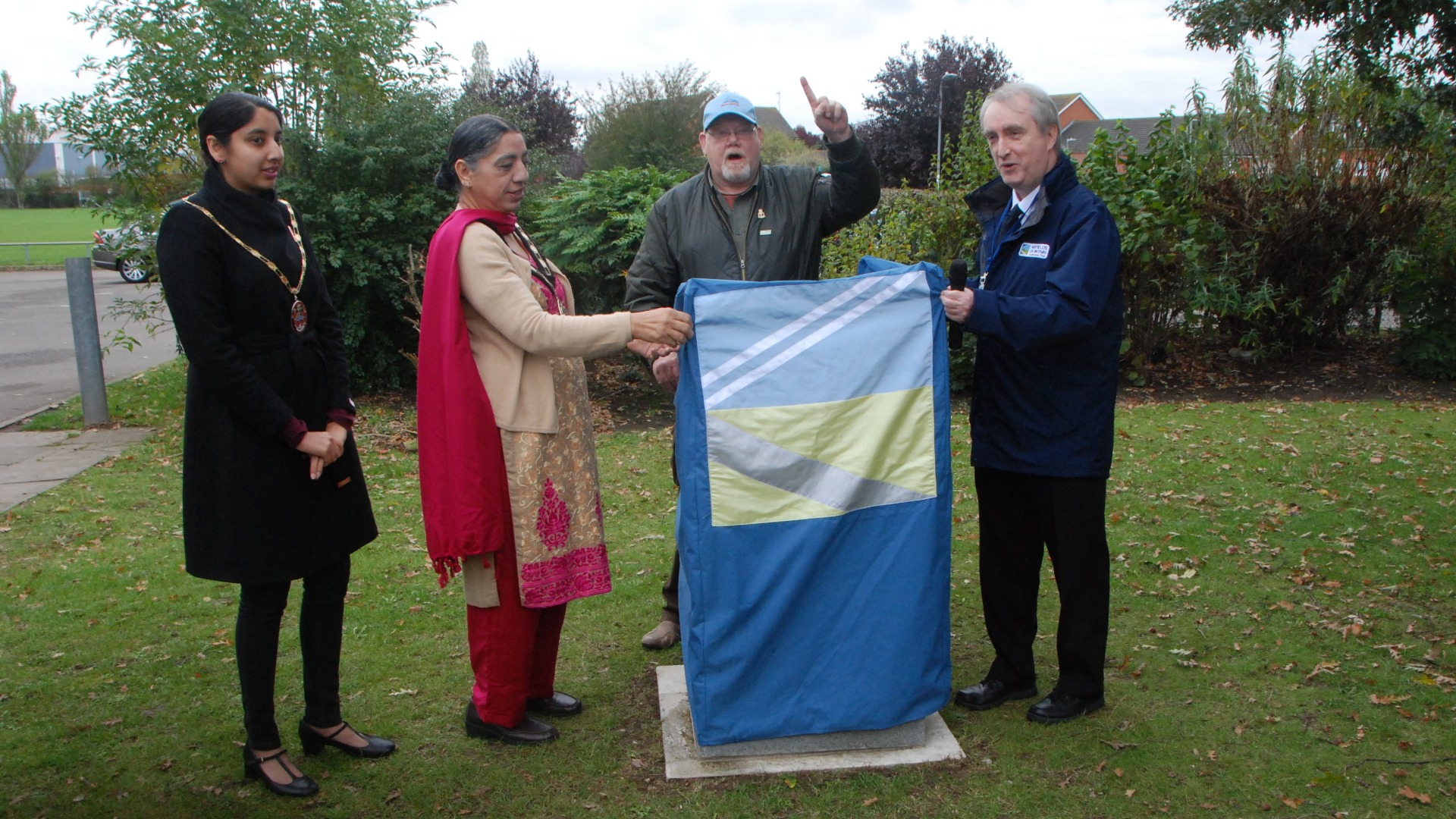 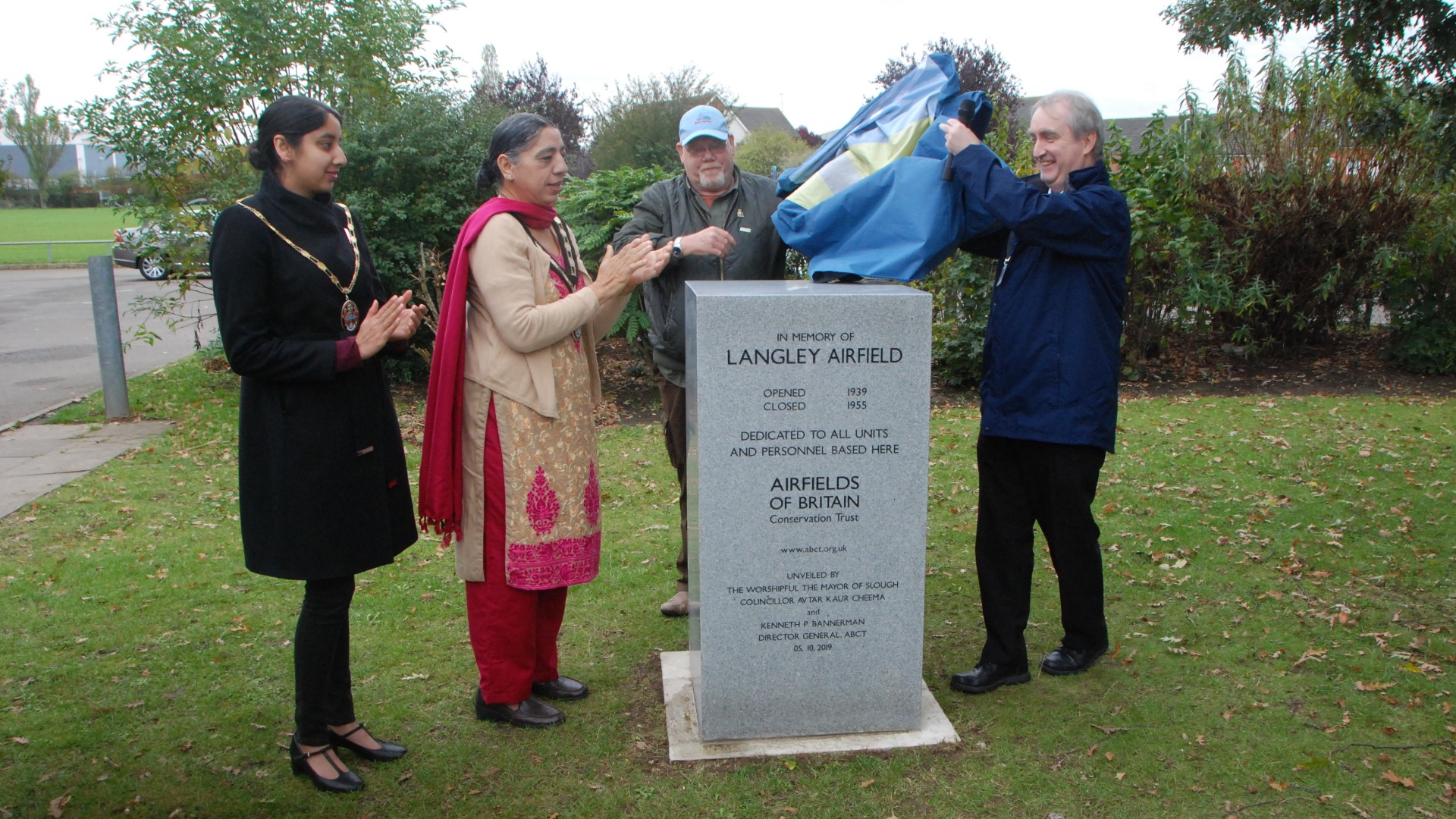 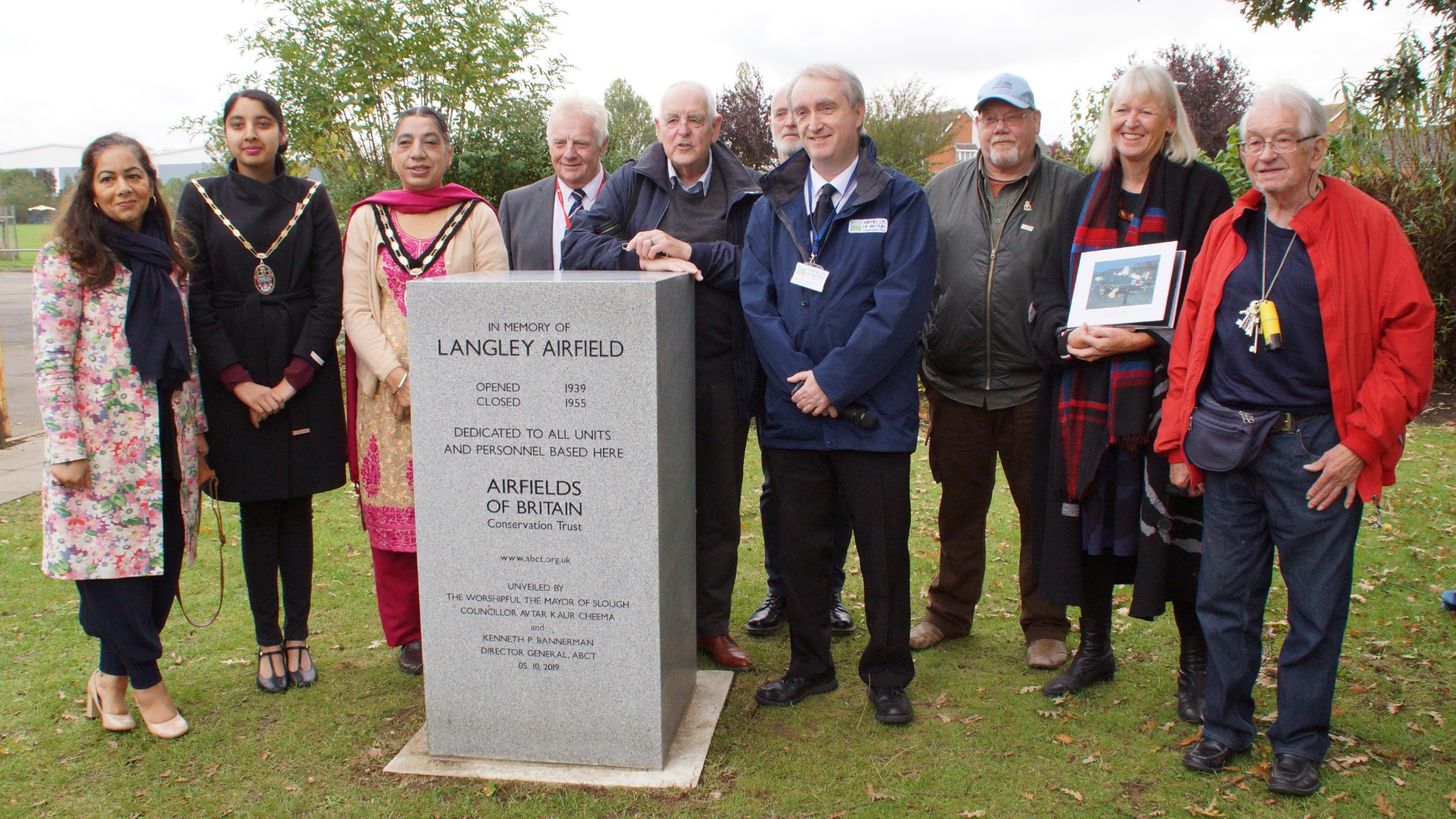 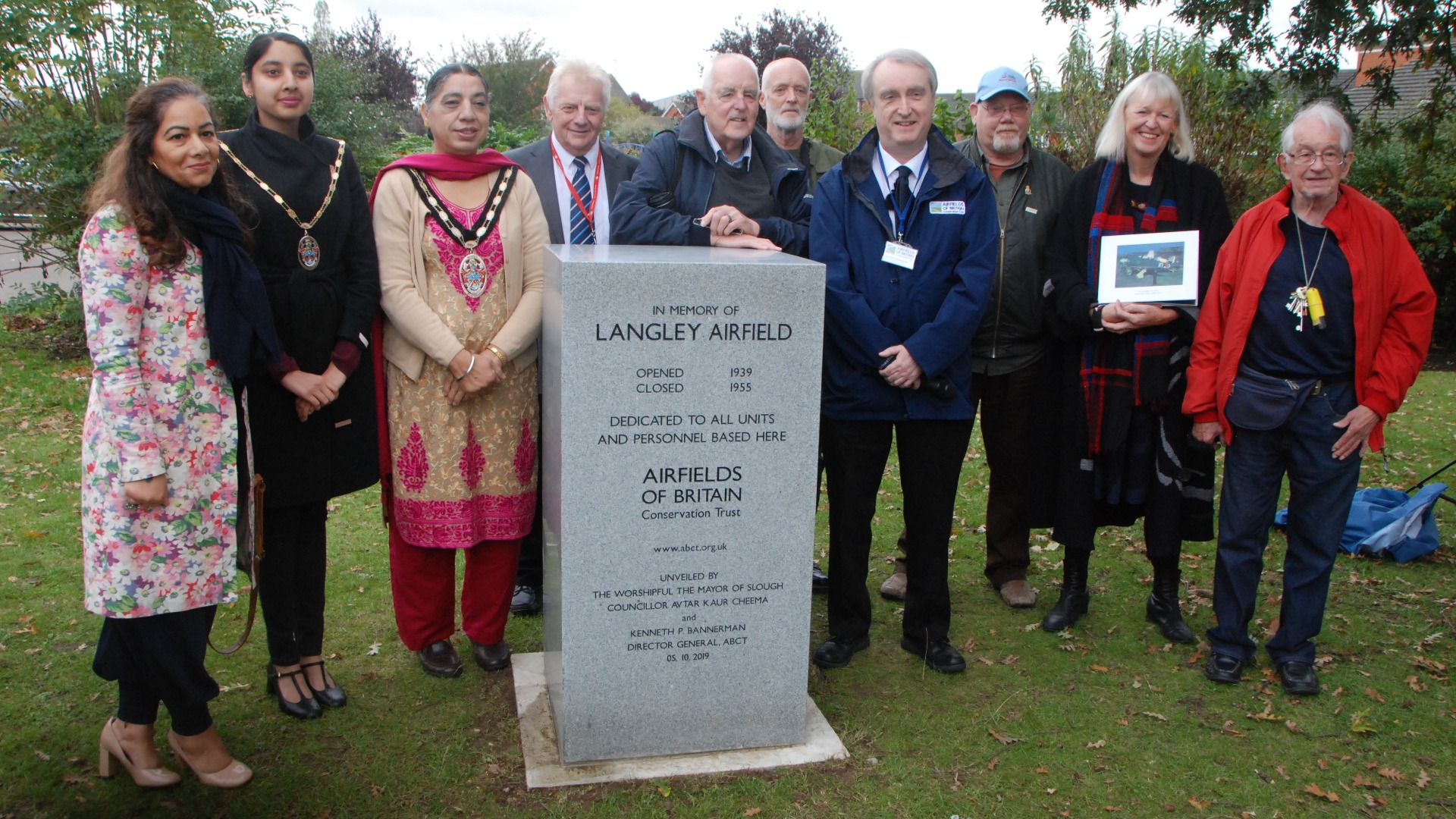 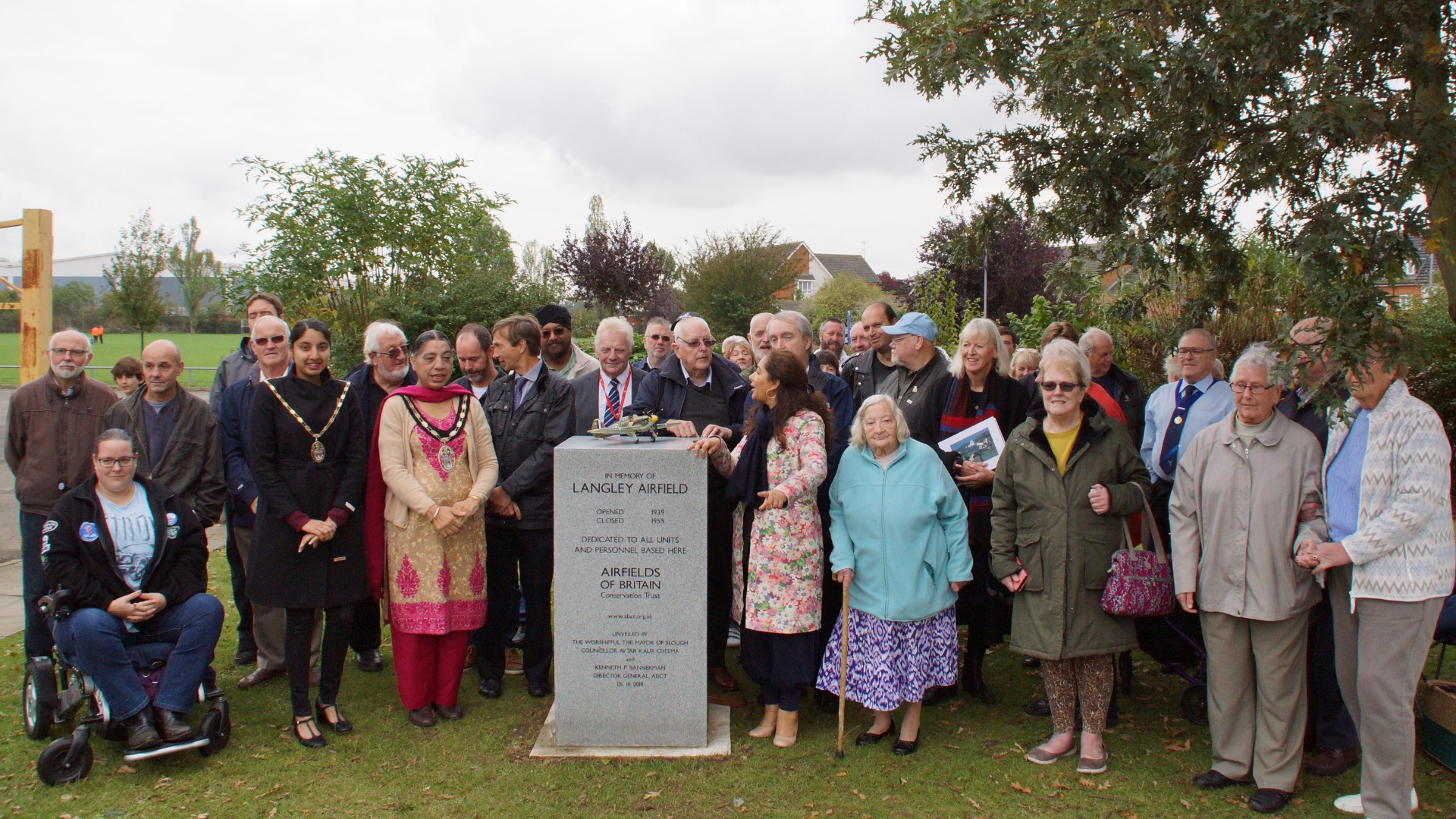 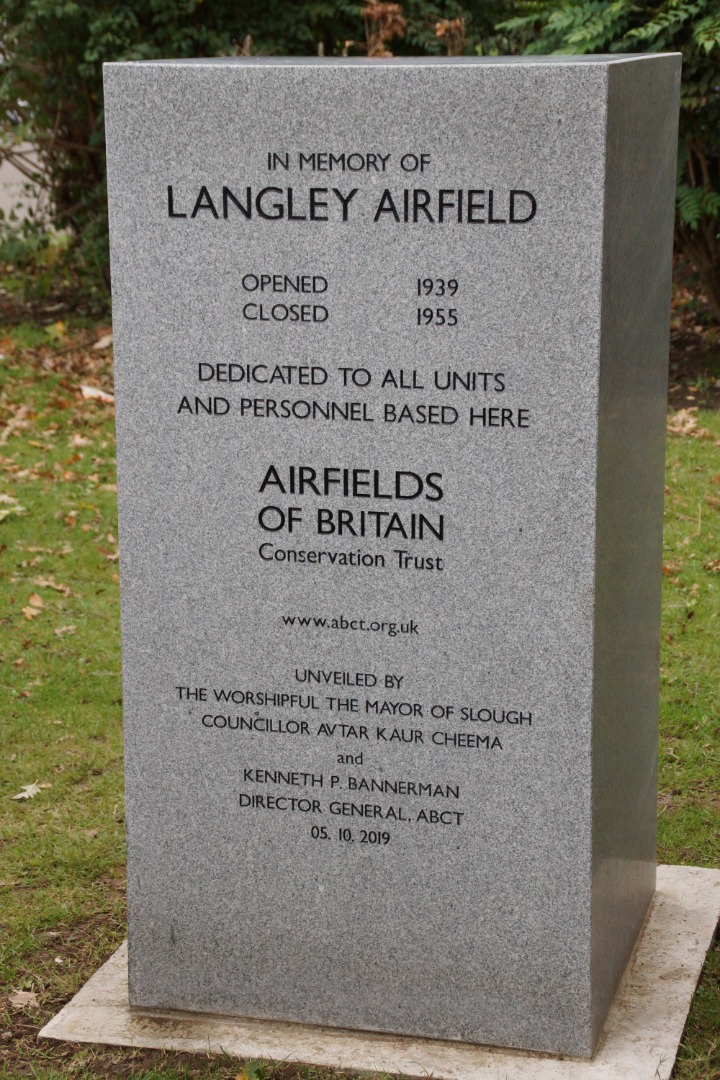 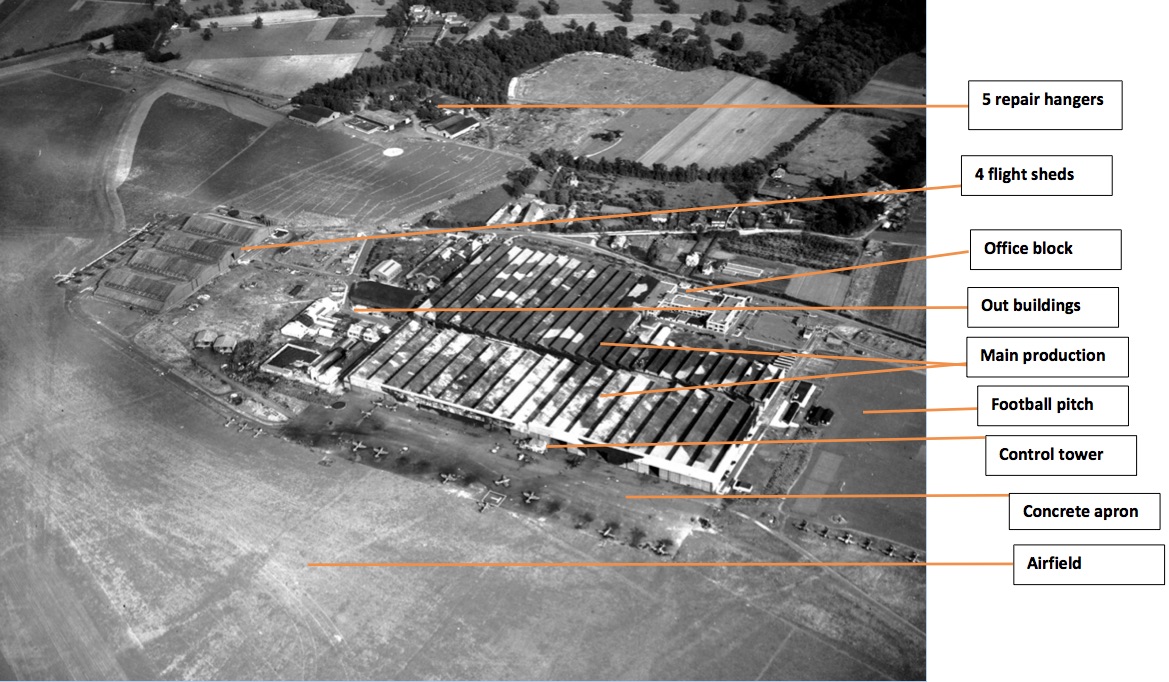 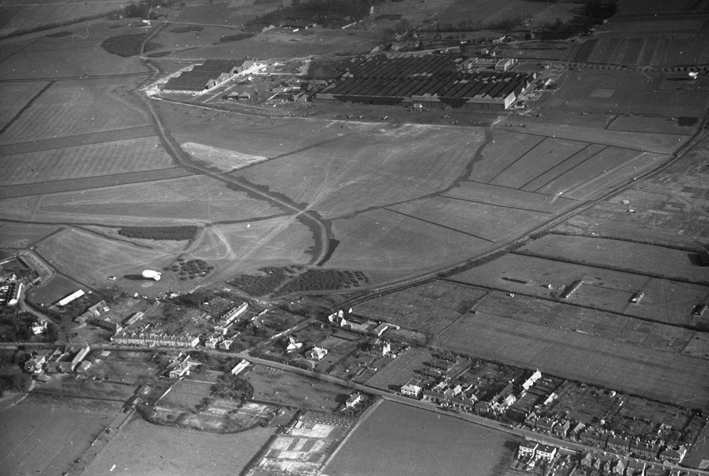 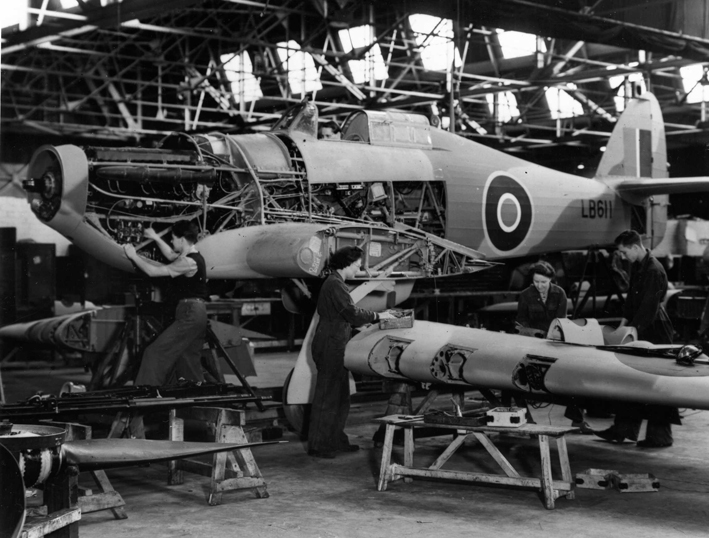 A Hawker Hurricane IIC under construction at Langley. Courtesy of Peter Trafford-Smith 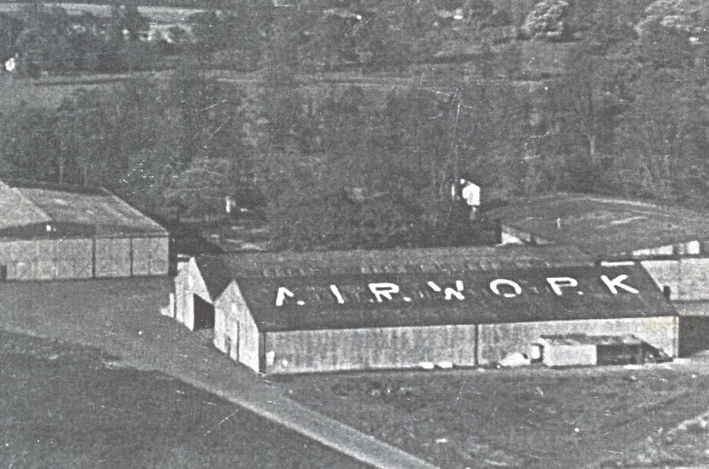 The Airwork hangar at Langley. Courtesy of Peter Trafford-Smith

A Hawker Tempest at Langley. Courtesy of Peter Trafford-Smith 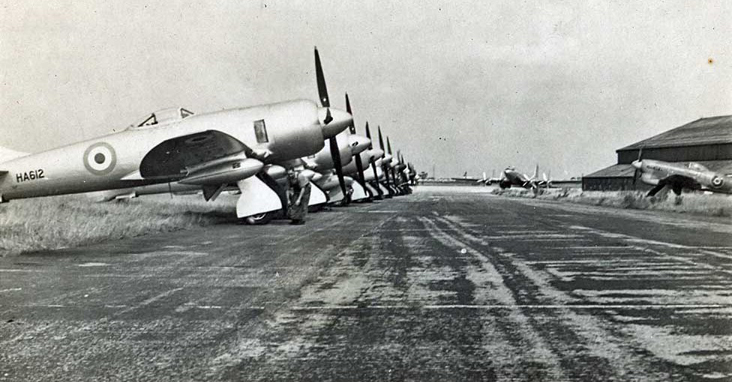 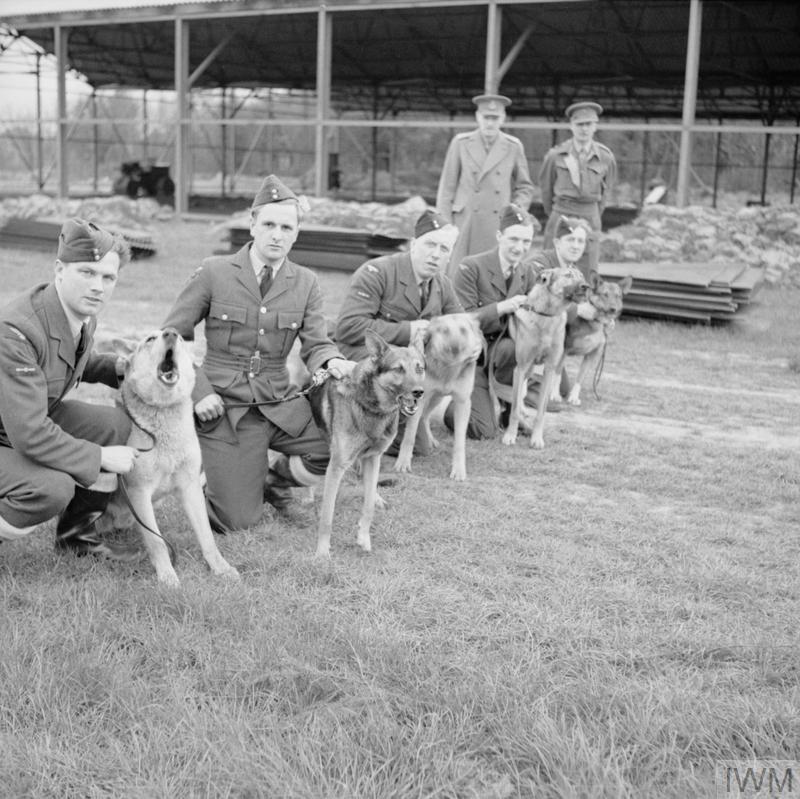 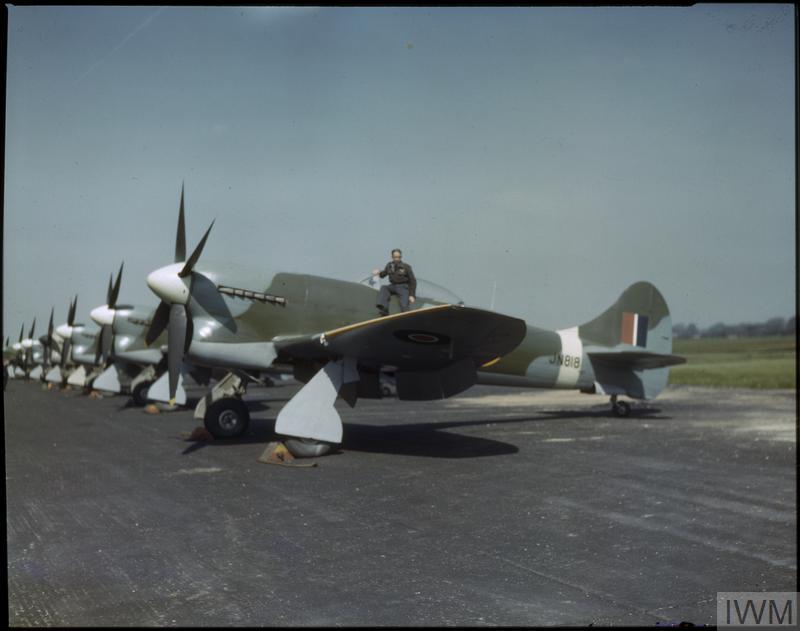 Tempest Mark Vs lined up on completion at the Hawker Aircraft Company works at Langley during the Second World War. © IWM (COL 750) 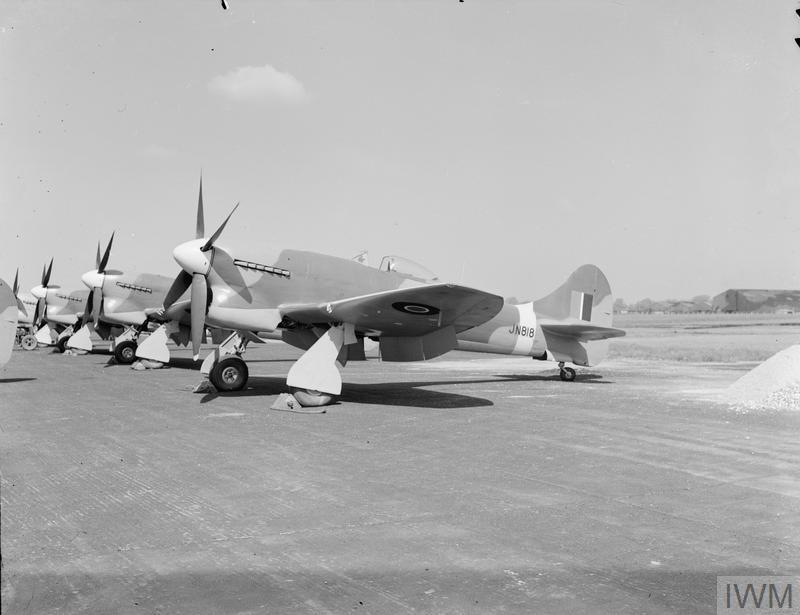 Tempest Mark Vs lined up on completion at the Hawker Aircraft Company works at Langley during the Second World War. © IWM (HU 92121) 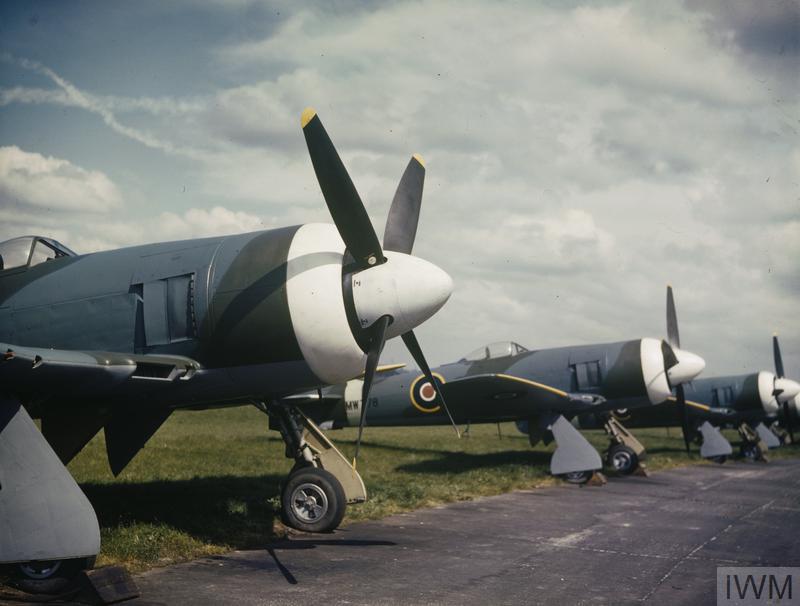 Hawker Tempest Mark II aircraft lined up beside the runway at the Hawker Aircraft Ltd factory at Langley. © IWM (COL 44) 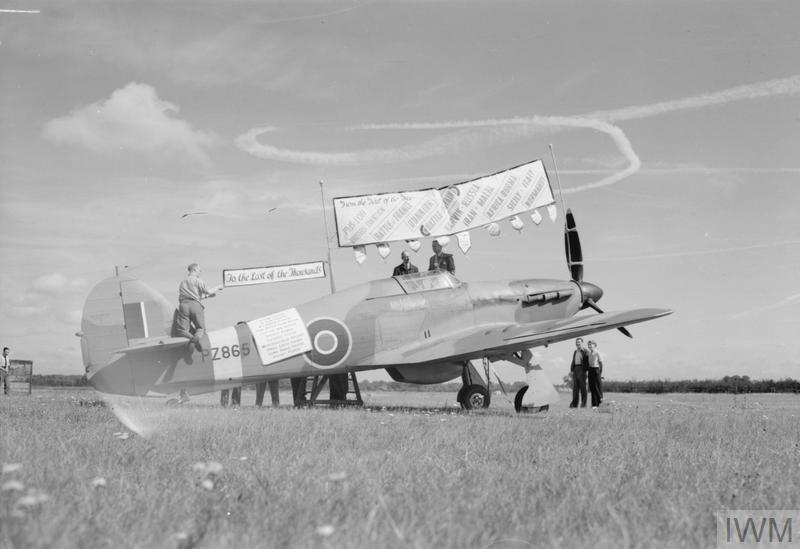 The last Hurricane built by the Hawker Aircraft Company, Mark IIC, PZ865 "The Last of the Many", decorated with banners and pennants on its completion at Langley. © IWM (CH 13671) 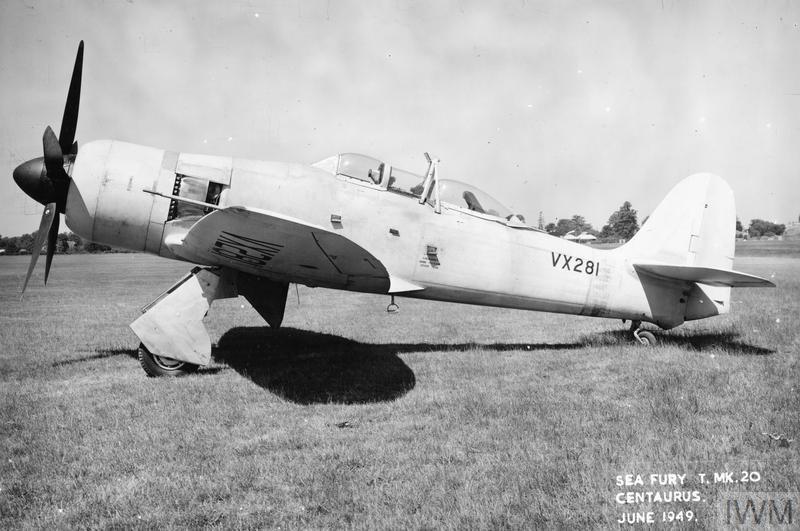 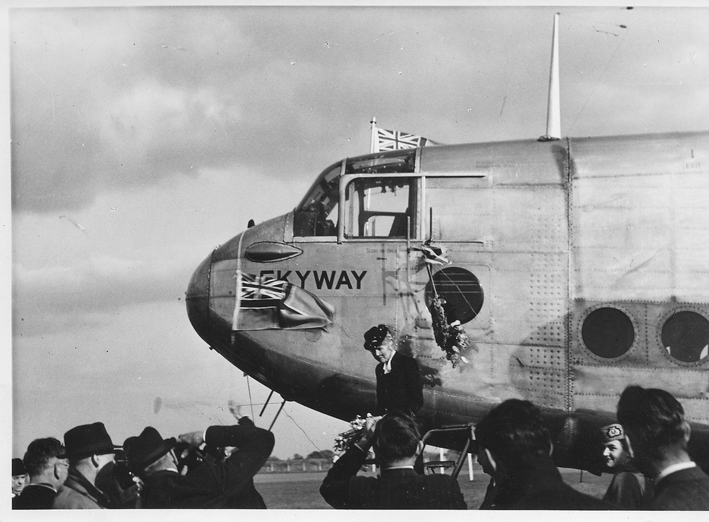 An Avro York operated by Skyways Ltd being christened 'Skyway' at Langley. Courtesy of Peter Trafford-Smith 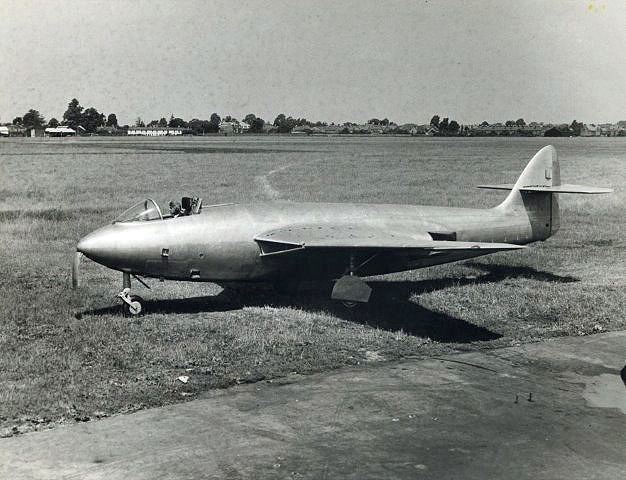 A Hawker P.1040 prototype at Langley. Courtesy of Peter Trafford-Smith

Memories of the Iveco Ford Factory at Langley. Courtesy of David Clarke

Behind the scenes at Heathrow Worldwide Distribution Centre at Langley, 12 December 2016. Courtesy of Royal Mail 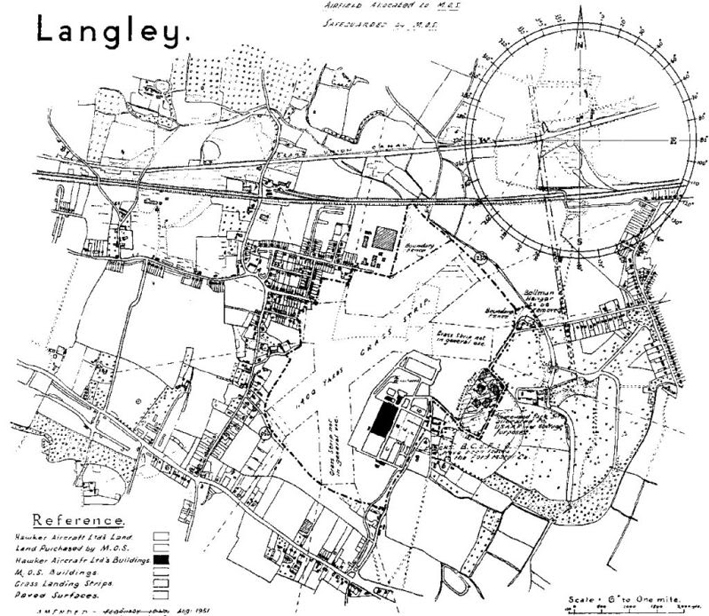 An OS map of Langley, August 1951. Courtesy of Peter Trafford-Smith