Medway airship station Kingsnorth is now sadly largely forgotten but was one of Britain’s earliest and most important airfields of its type. It was commissioned in April 1914 under the control of the Admiralty, firstly through the Naval Airship Branch, then the Royal Naval Air Service when it formed on 1 July 1914. The airship Astra Torres was soon joined by a Parseval design and both lighter-than-air craft subsequently mounted many patrols along the River Thames and over the English Channel.

The station was also involved in the development of various non-rigid airships, with the SS (Submarine Scout) type being the first to emerge there. The C-Class (or Coastal) type followed and meanwhile crews were also trained at the site until newly opened Cranwell took over this role mid-war. Various support buildings and facilities were developed to accommodate all this increased activity. Kingsnorth gained an excellent reputation, with trials also taking place to test how to best use airships as well as continuing with their production. This was despite the tragic death in early 1916 of its original commander and main driving force Neville Usborne in an experimental accident.

However, with the end of World War One official emphasis was soon put on aircraft over airships. The latter quickly disappeared during 1919 and, after a period holding or supplying RAF kite balloons, this led to Kingsnorth closing and then being dismantled from the early 1920s. After the closure of the site the huge airship sheds were used as a wood-pulping factory until the last one was demolished in 1938. Some other buildings to the north of the site became part of the Berry Wiggins oil refinery, built in 1932 and used until 1977 prior to continuing industrial estate employment. Kingsnorth power station was commissioned on the site in 1973 before closing in 2012, with subsequent demolition.

This place that played such a huge part in the winning of the first global conflict still remains tangible to a limited degree, through a handful of buildings on the site itself plus an airship shed roof section now forming part of a nearby farm. It should also not be accidentally confused with a World War Two fighter Advanced Landing Ground bearing the same name some distance away in Kent.

Photographs and video from the memorial unveiling at Kingsnorth (Airship), 6th October 2019: 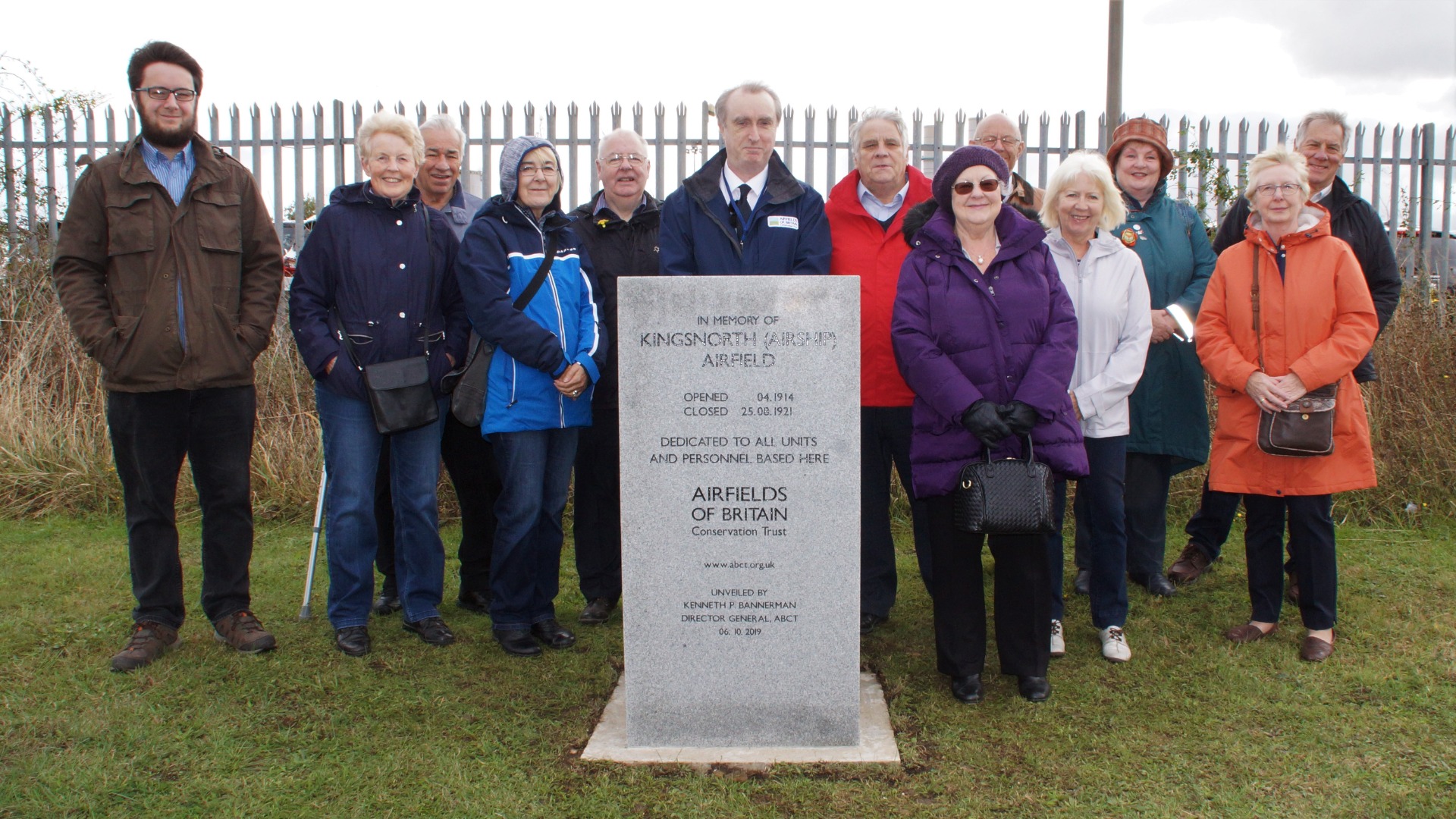 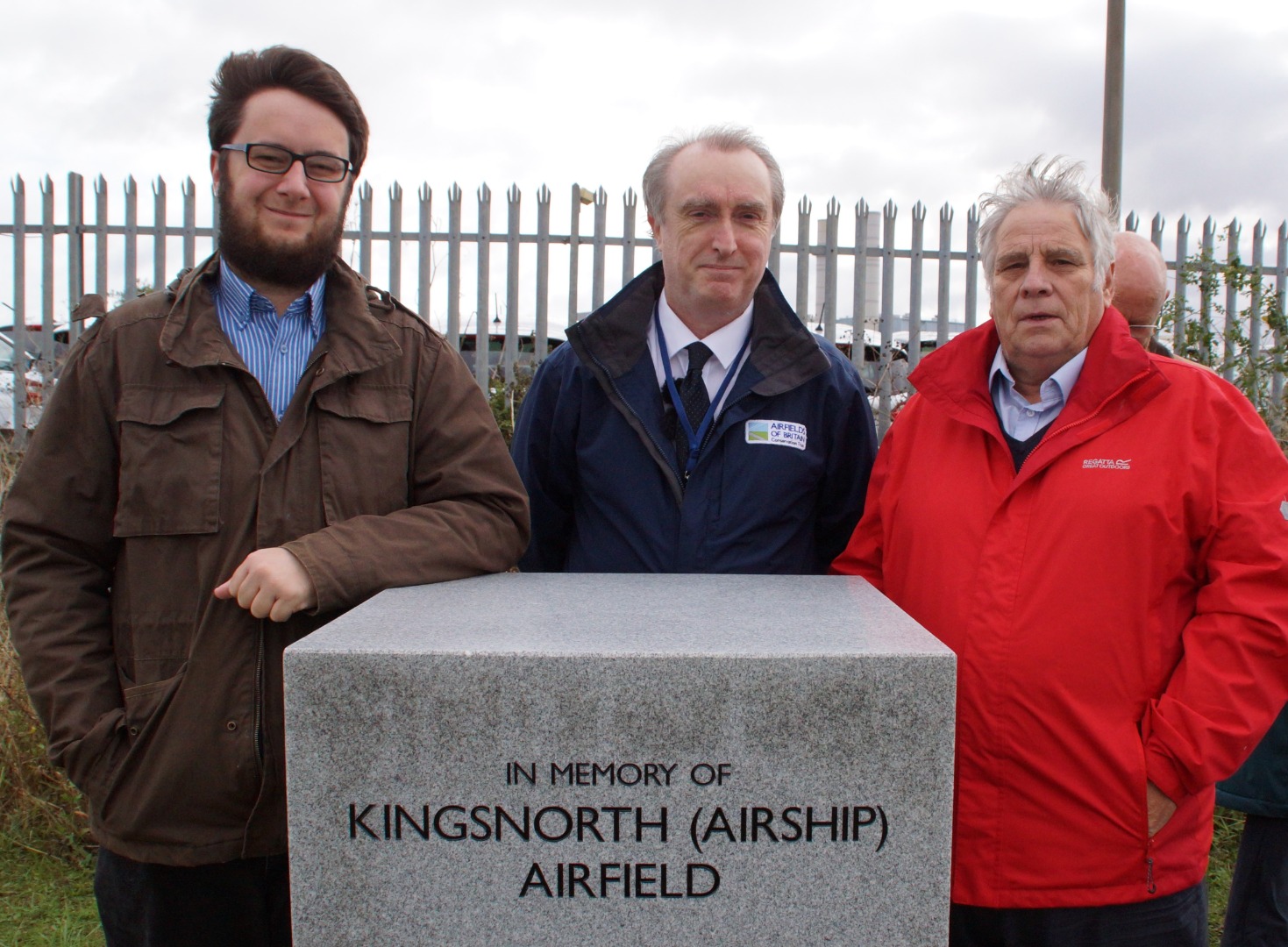 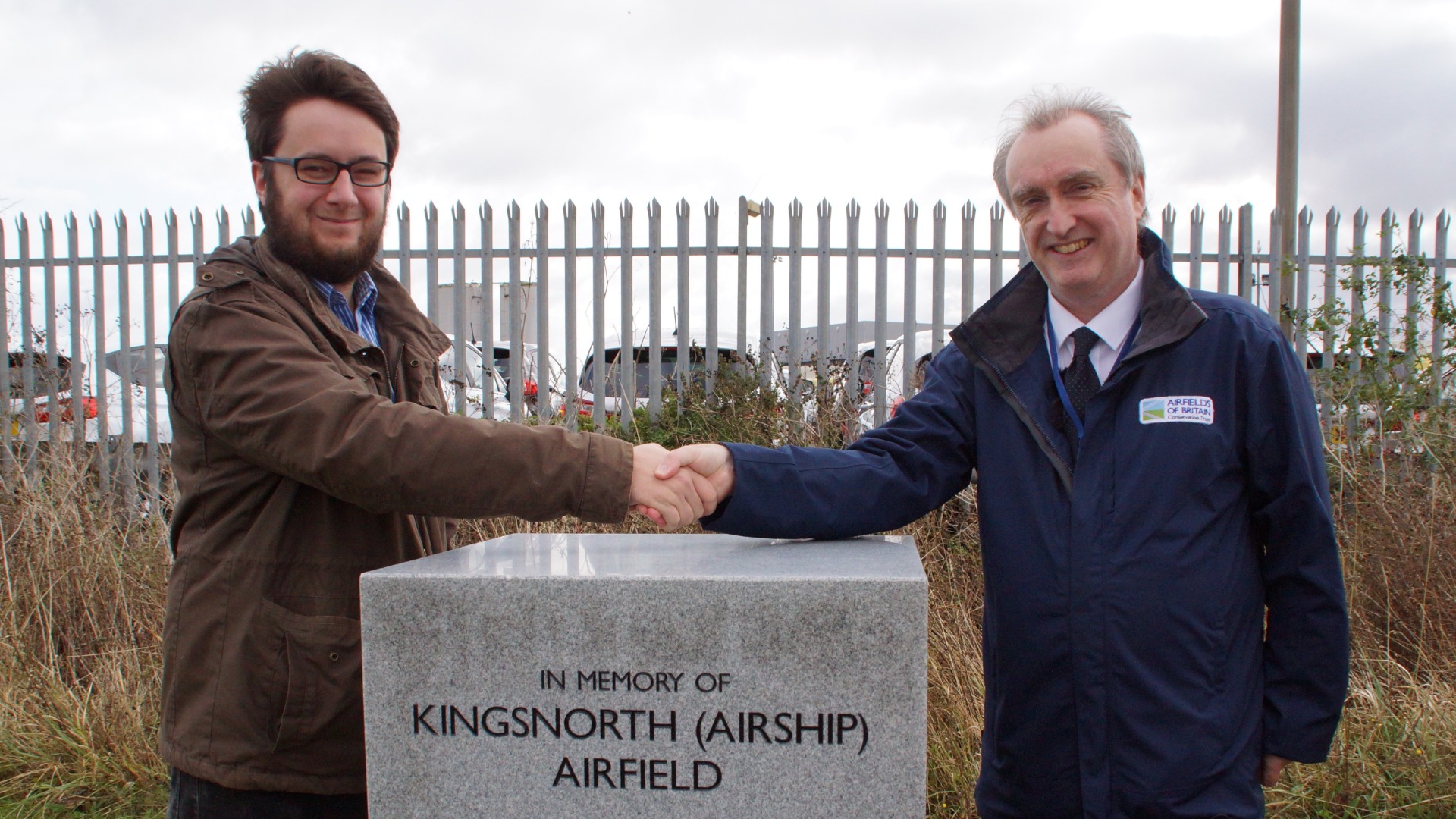 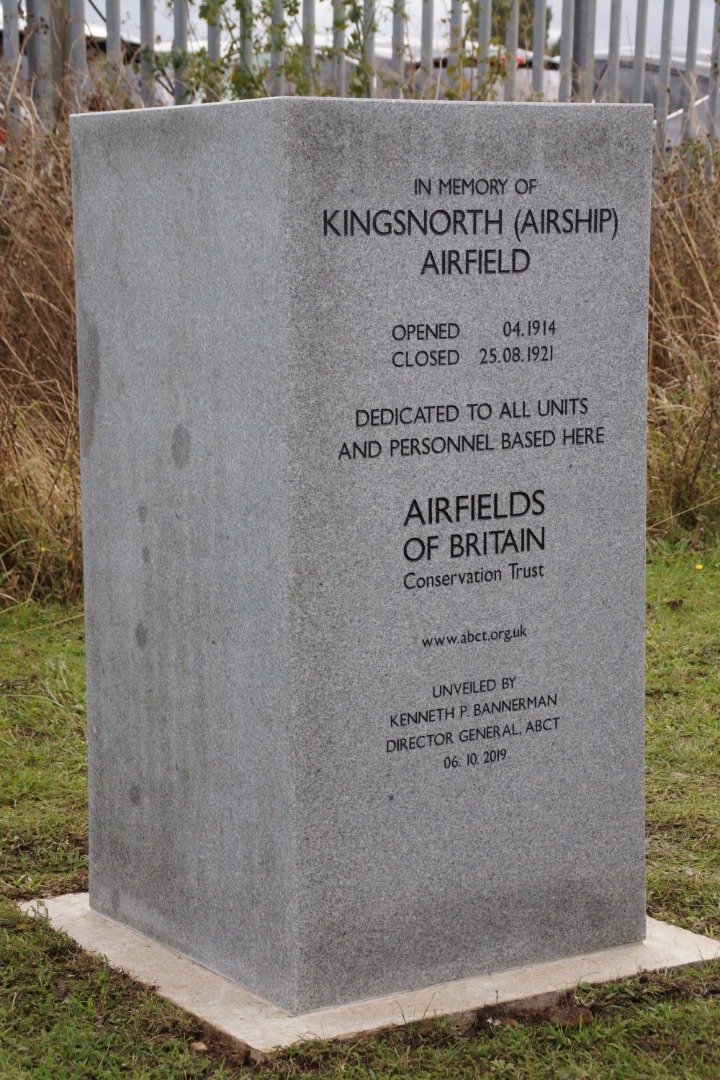 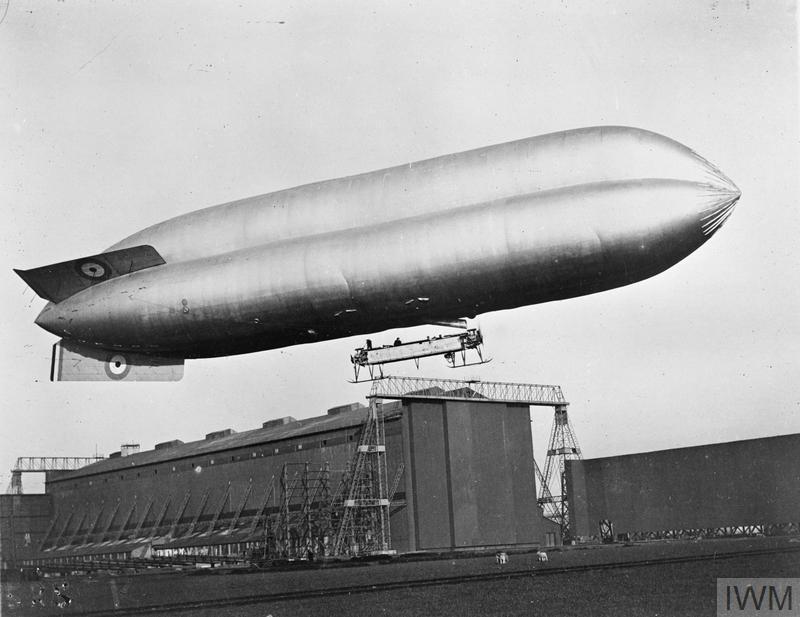 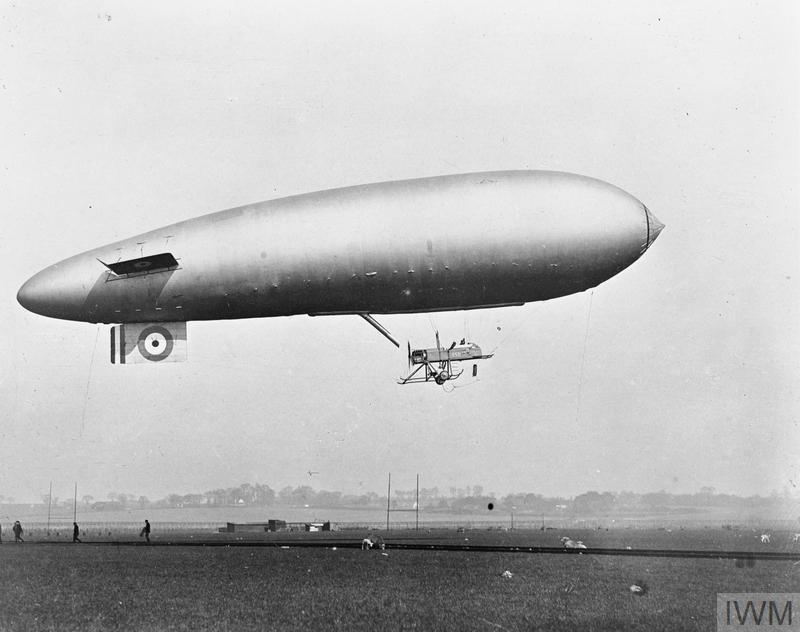 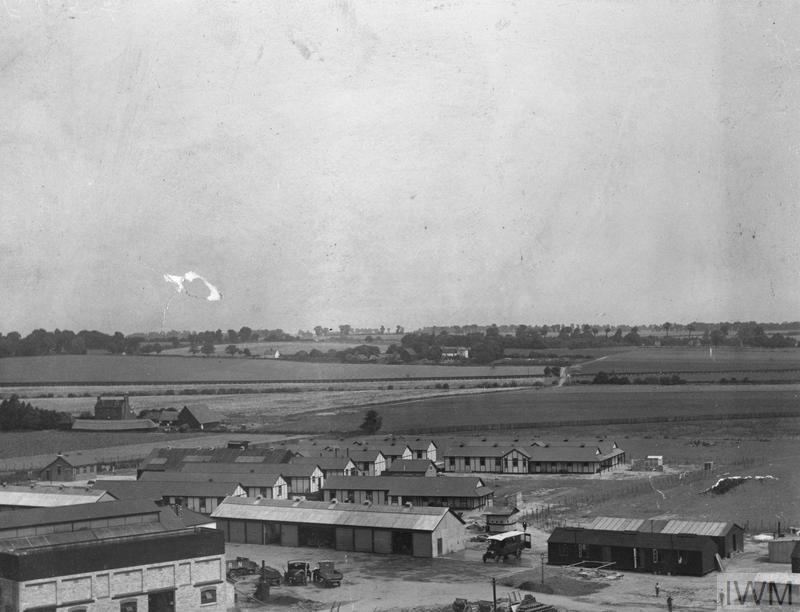 The living quarters at the Kingsnorth Air Station, photograph taken from the top of an airship shed during the First World War. © IWM (Q 73576) 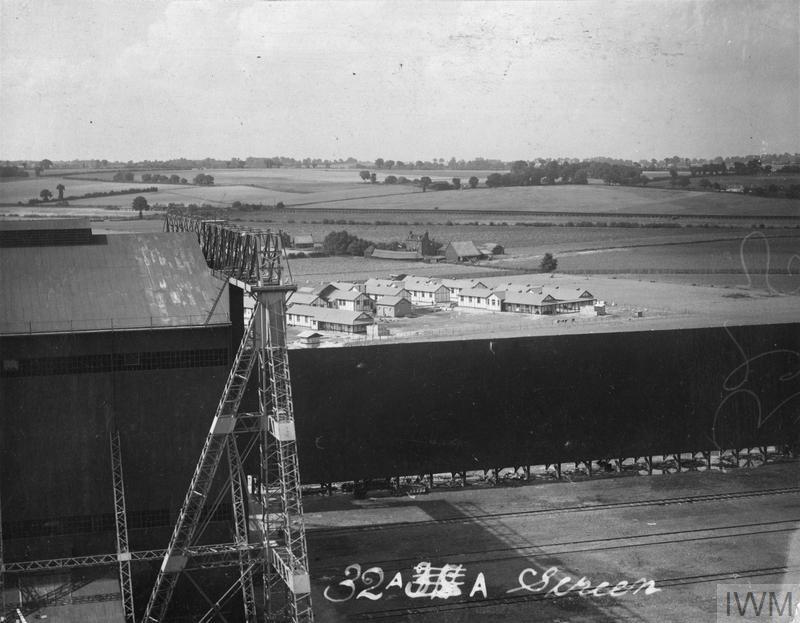 Airship shed and a wind screen at the Kingsnorth Air Station during the First World War. © IWM (Q 73579) 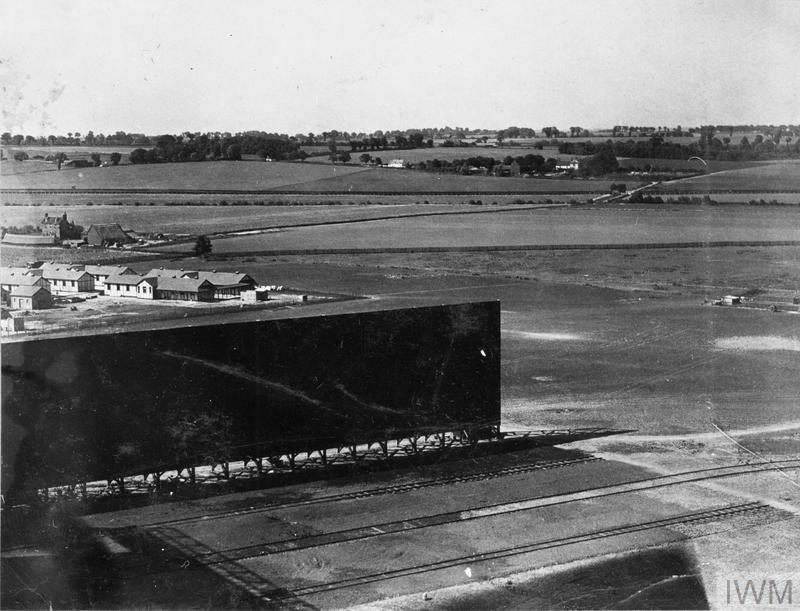 Airship shed and living quarters at the RNAS Air Service Station at Kingsnorth during the First World War. © IWM (Q 73769) 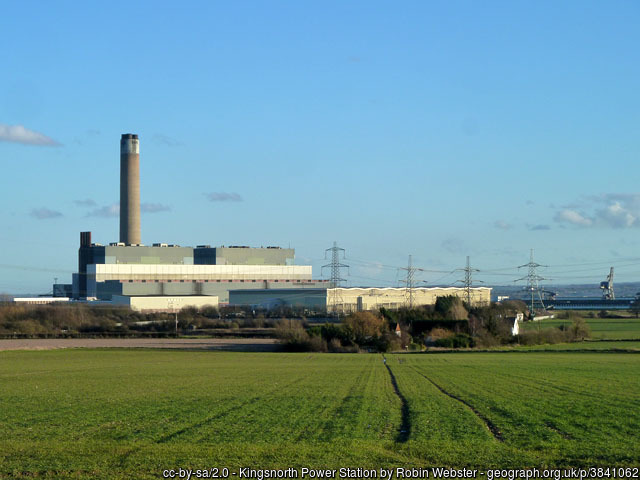