The popular Knightstone Tea Rooms & Restaurant served as the original watch office for the airfield.

Primarily Supermarine Spitfire and Hawker Typhoon units achieved significant results through their fighter-bomber, bomber escort and convoy patrol duties. Further squadrons later proved highly active around the D-Day period in the summer of 1944 and ensured the Normandy invasion would be successful by closely supporting Allied ground forces and attacking a wide variety of targets such as German shipping and radar sites.

Another notable wartime event here was this airfield’s leading role in the early development of properly organised RAF air-sea rescue squadrons as No 276 Squadron maintained its headquarters at Harrowbeer between October 1941 and April 1944, saving many lives in the process.

After the Second World War ended in Europe Harrowbeer closed as a station within RAF Fighter Command on 13 May 1946. Thereafter it remained open in a lesser capacity for communications and gliding until it finally closed during 1950. Just over ten years later a plan emerged for it to replace Roborough as Plymouth's airport but the proposal fell through and much of the airfield was demolished in the 1960s. However, this disused airfield remains popular locally and elsewhere, as evidenced by guided walks by the Harrowbeer Interest Group.

Photographs from the unveiling of the ABCT marker on 13 August 2011: 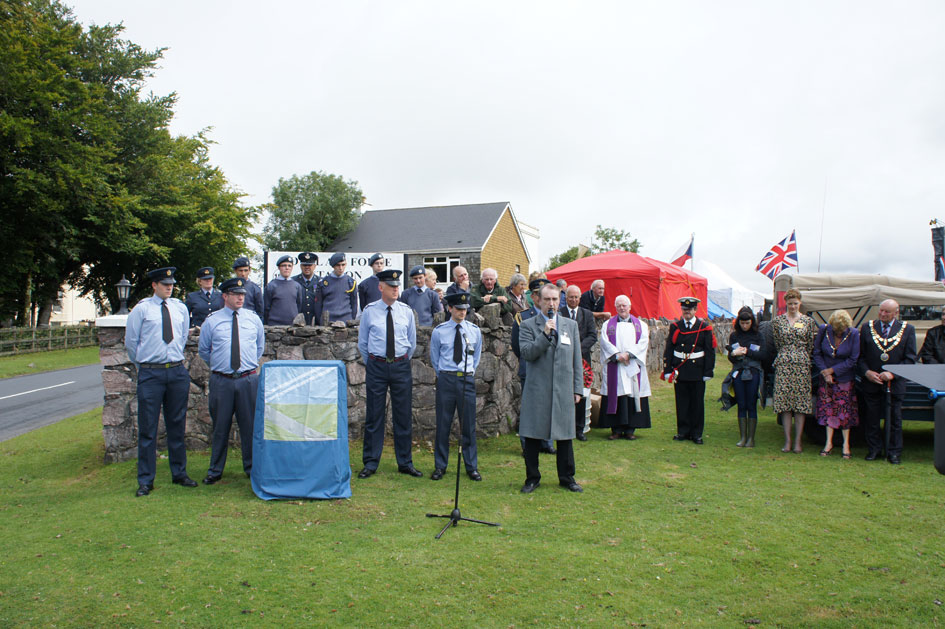 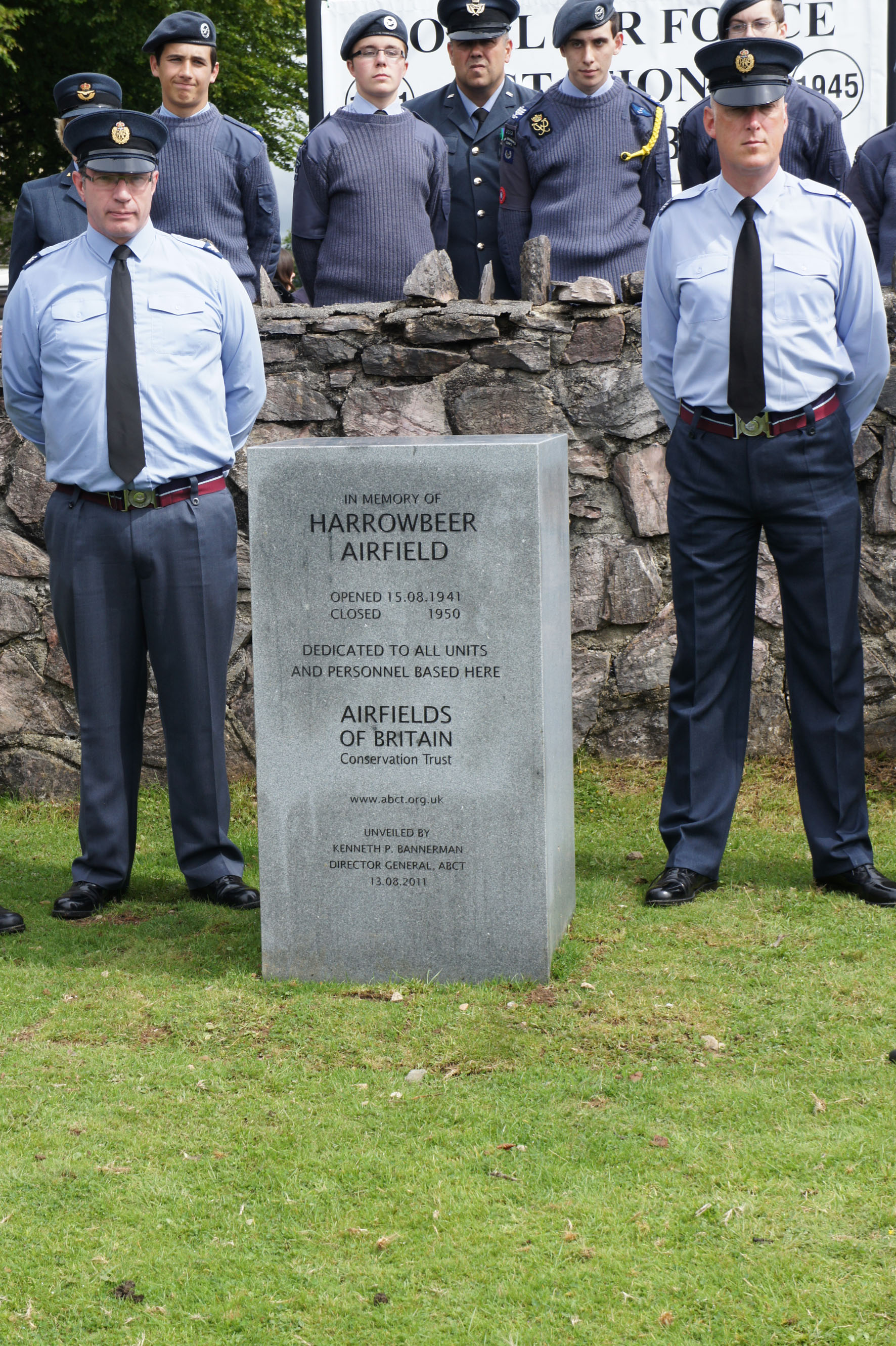 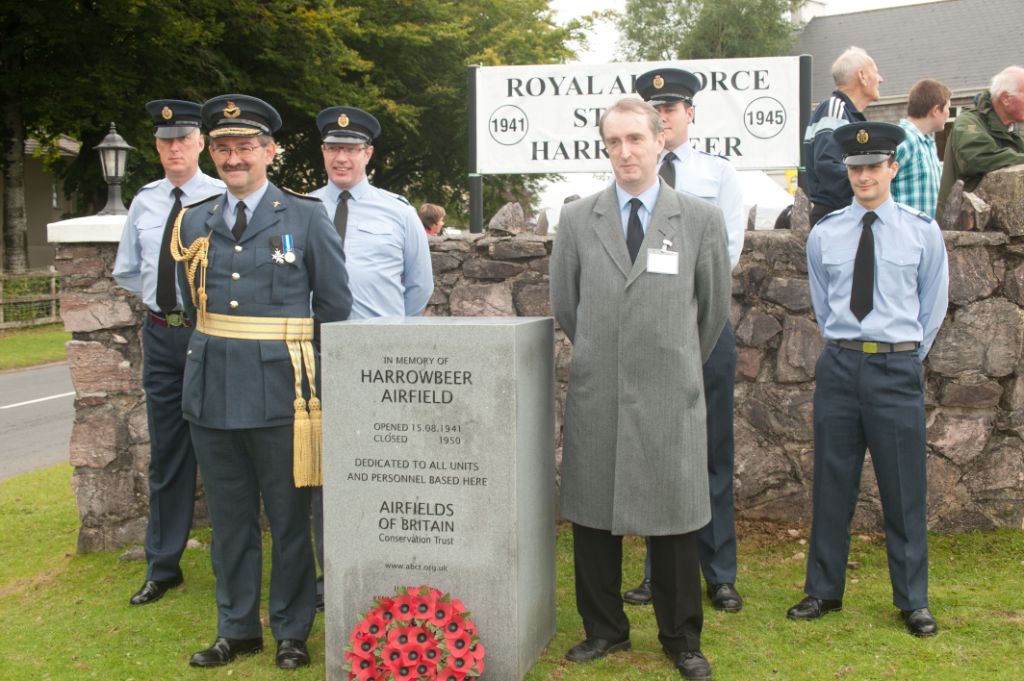 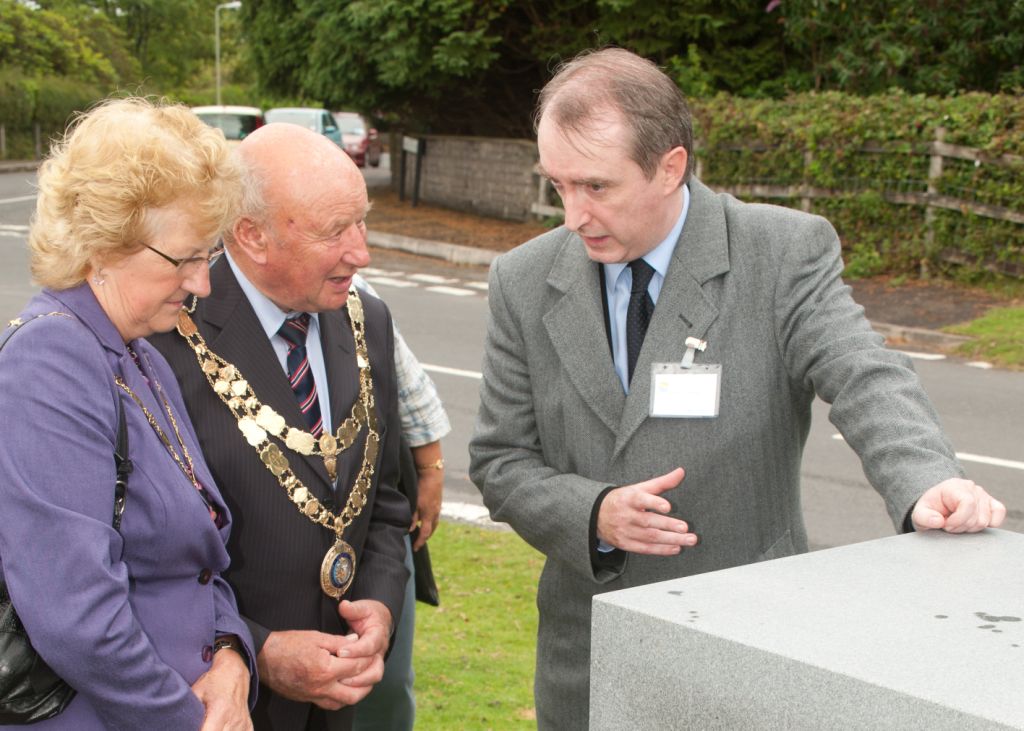 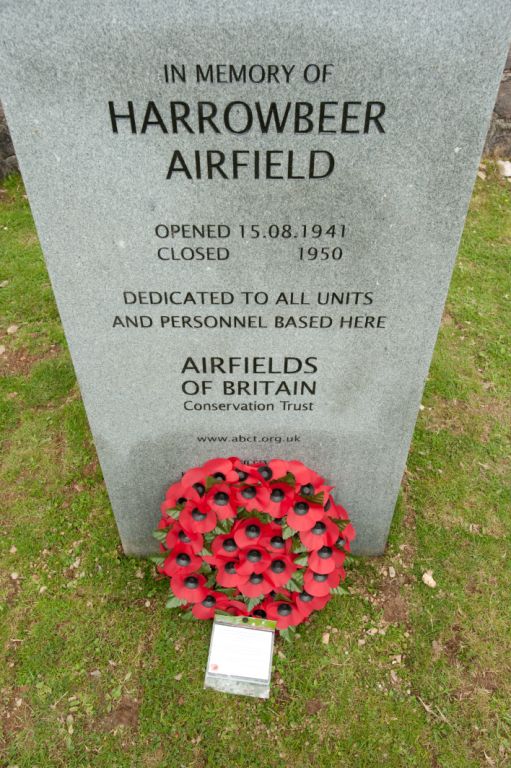 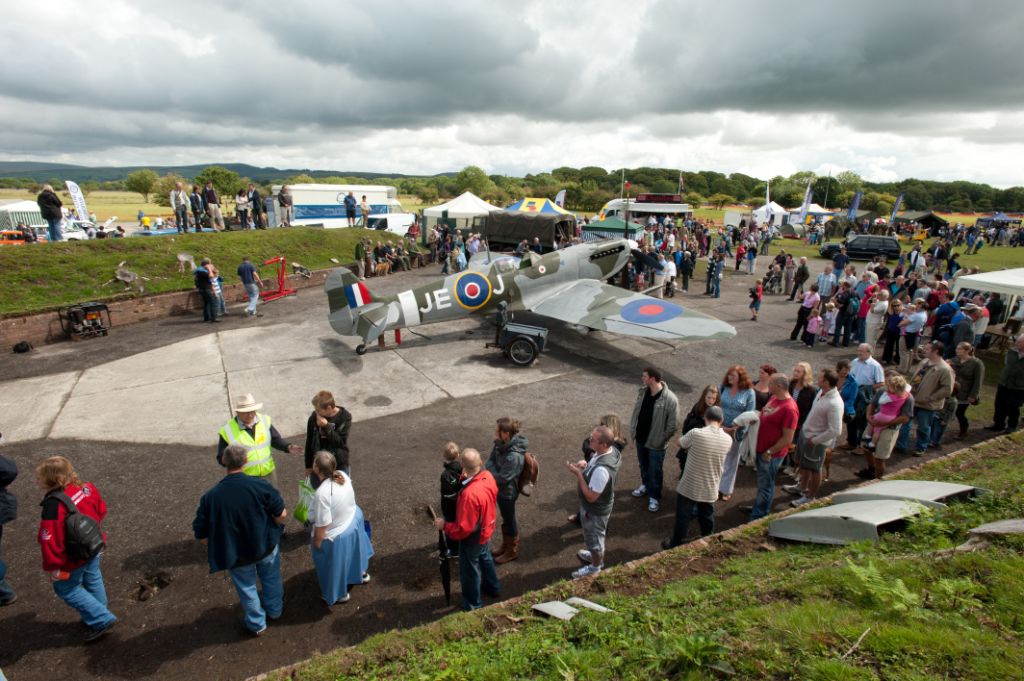 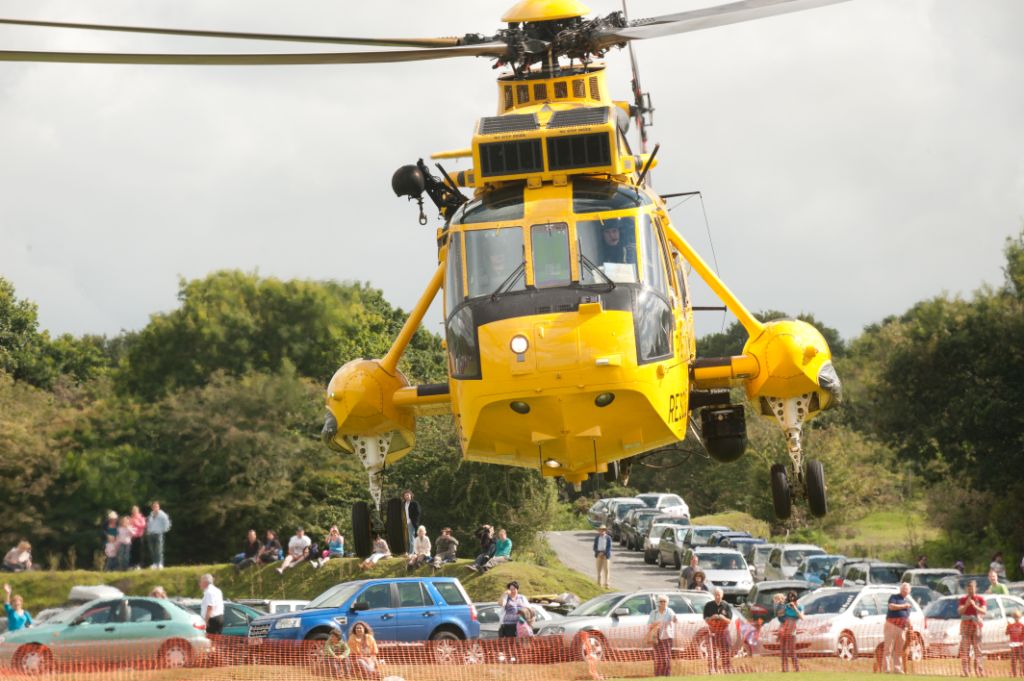 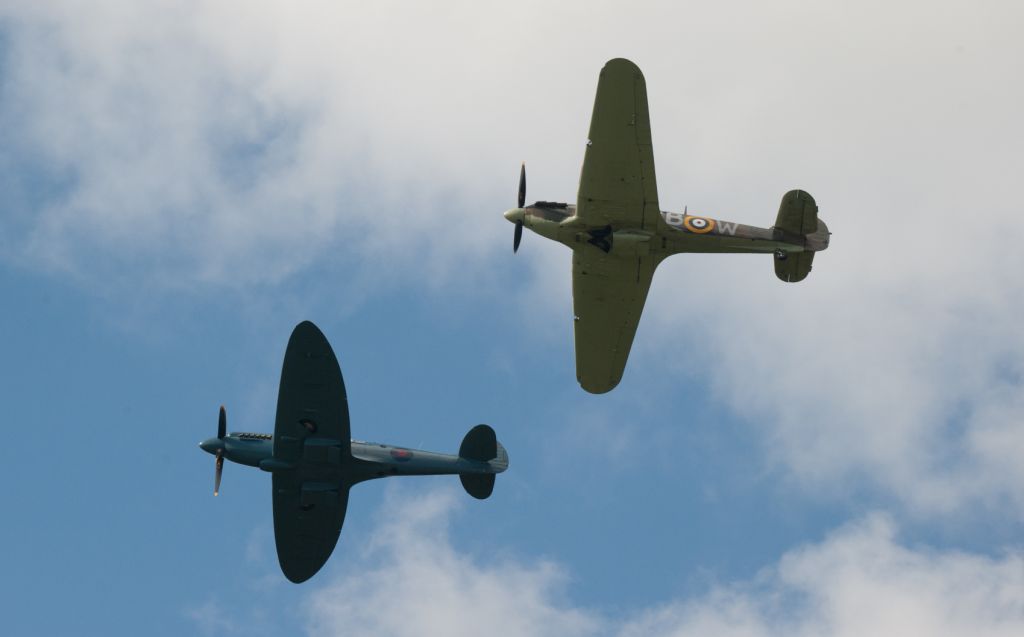 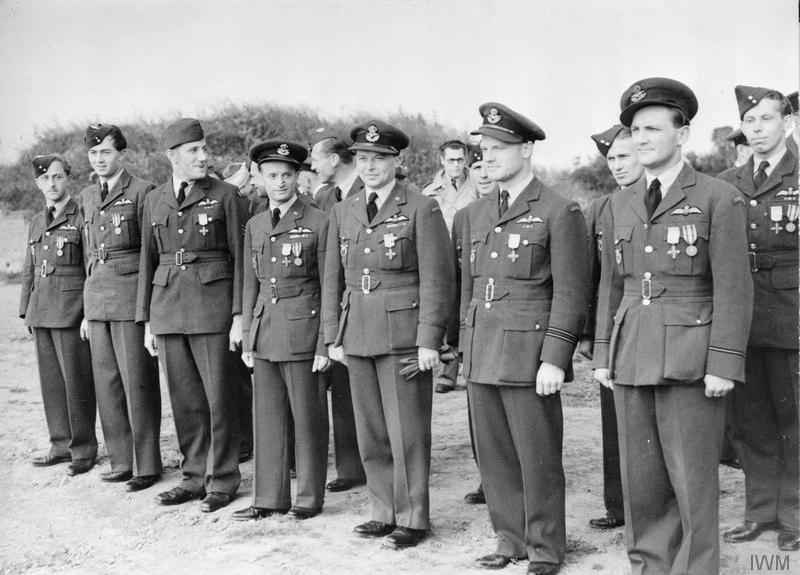 Pilots of No 312 (Czech) Squadron RAF lined up after being decorated by Dr Eduard Bene, the Czech President in exile, at Harrowbeer. © IWM (D 10206) 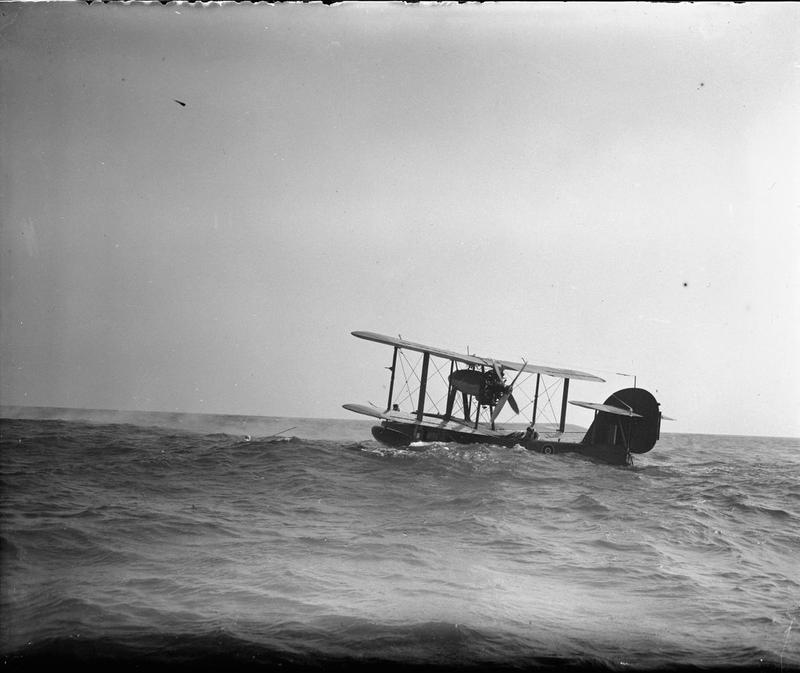 A Supermarine Walrus of No 276 Squadron based at Harrowbeer, taxying toward a pilot in the water during an air/sea rescue exercise in the English Channel. © IWM (CH 9027) 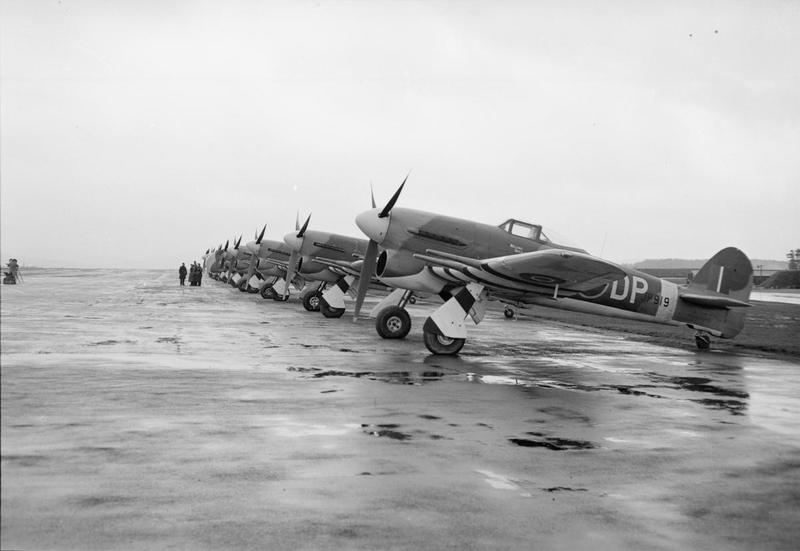 Nine Hawker Typhoons presented to the RAF by the Brazilian "Fellowship of the Bellows" and officially handed over to No 193 Squadron by the Brazilian Ambassador, Dr J J Moriz de Aragao at Harrowbeer. © IWM (CH 11393) 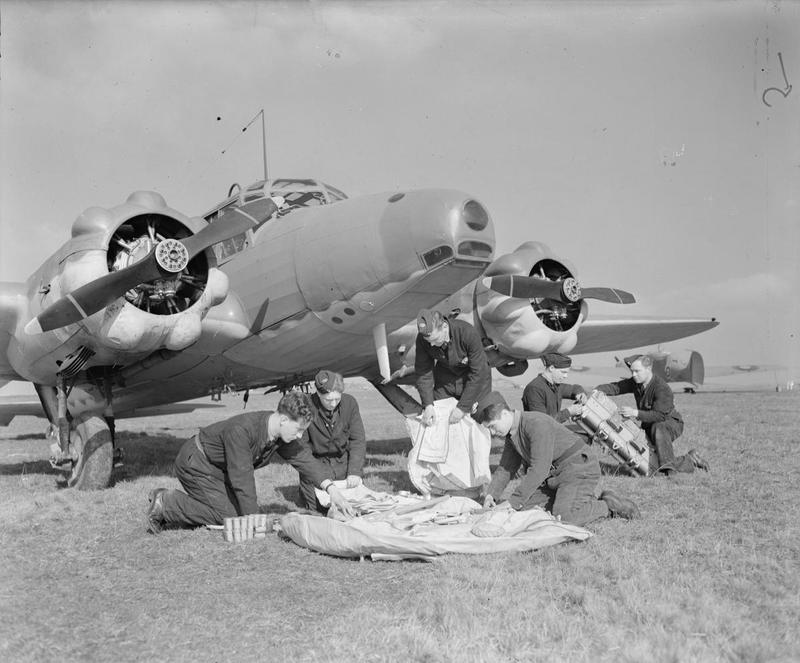 Ground crew packing a dinghy and its supplies for installation in an Avro Anson Mark I, air-sea rescue aircraft, of No. 276 Squadron RAF at Harrowbeer. © IWM (CH 9021) 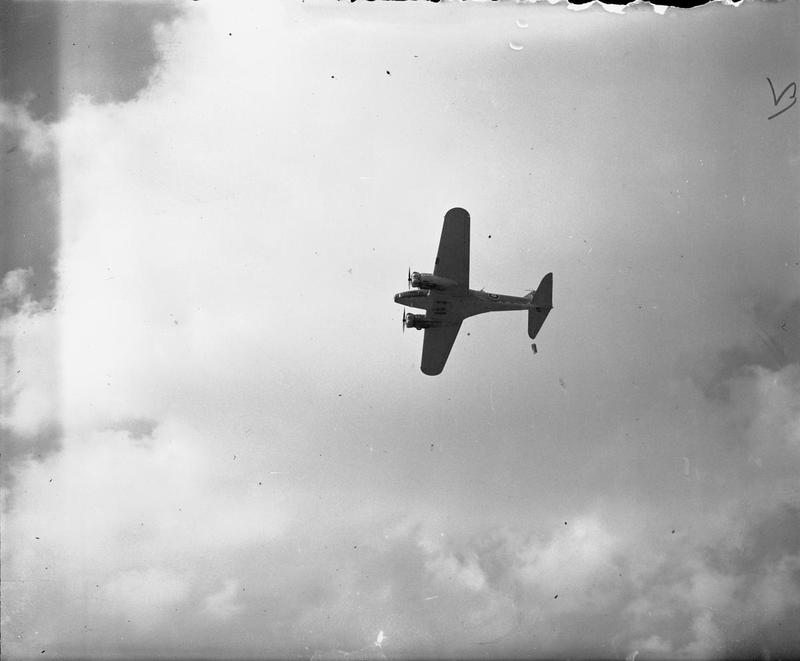 An Avro Anson Mark I, air-sea rescue aircraft of No 276 Squadron RAF, based at Harrowbeer, Devon, dropping a dinghy container over the English Channel. © IWM (CH 9025) 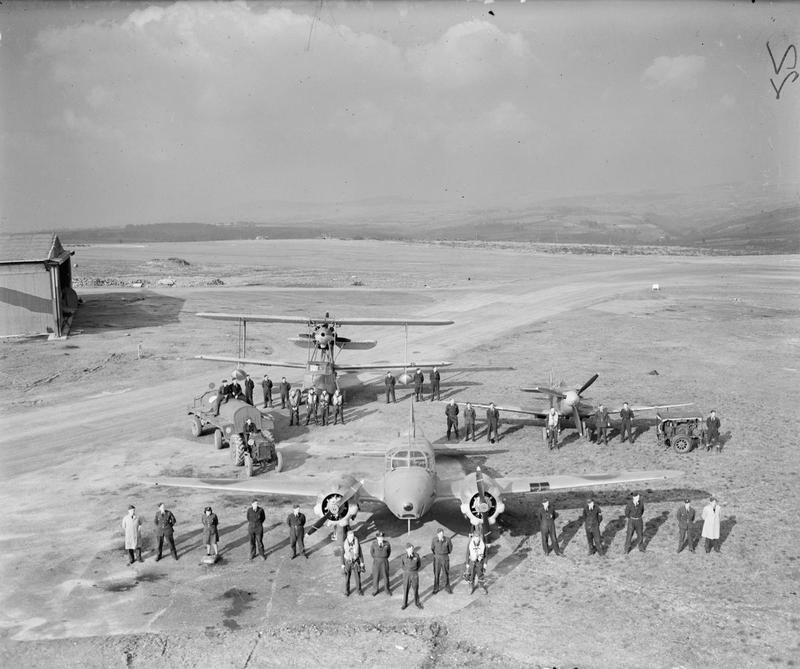 Personnel and aircraft of No 276 Squadron RAF assembled at Harrowbeer. The aircraft are an Avro Anson, a Supermarine Spitfire and a Supermarine Walrus. © IWM (CH 9017) 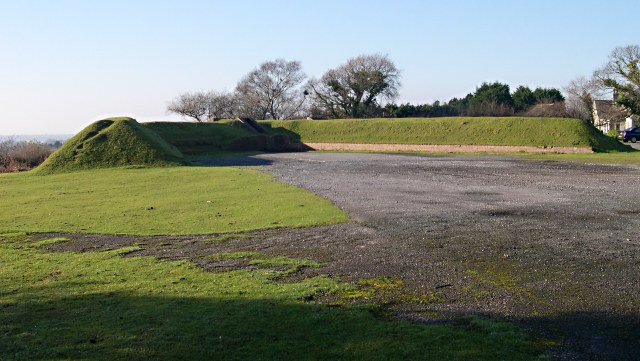 A dispersal bay at Harrowbeer, 11 December 2005. © Tony Atkin and licensed for reuse under this Creative Commons Licence 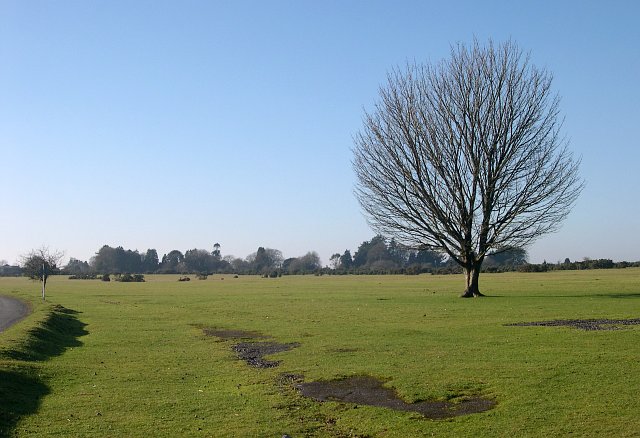 View looking across the former airfield at Harrowbeer, 11 December 2005. © Tony Atkin and licensed for reuse under this Creative Commons Licence 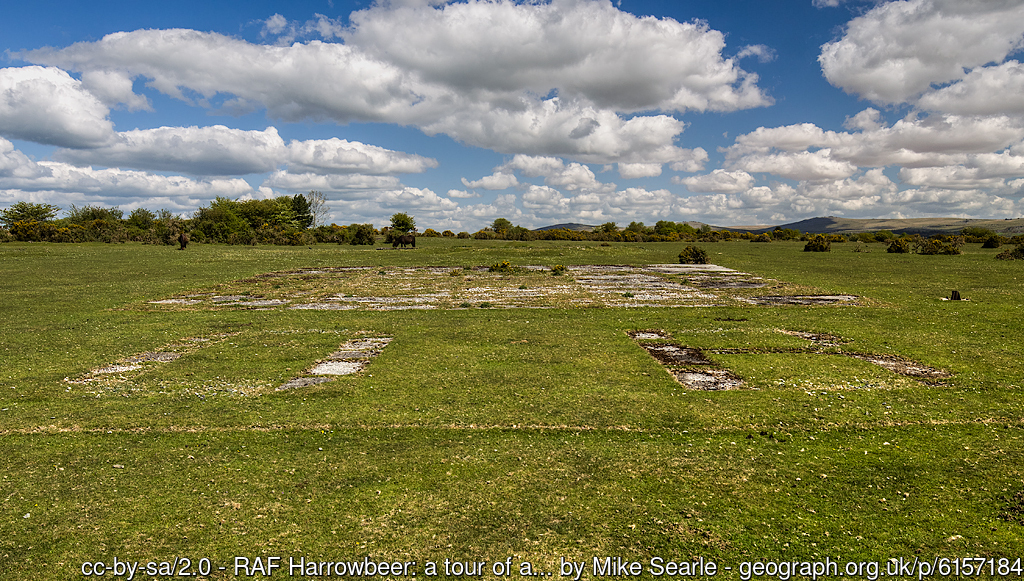