Royal Aircraft Factory BE2c and d fighters of No 33 Squadron initially had Farsley available to them as a Home Defence landing ground during 1916. After this unit transferred to Lincolnshire in the autumn of that year, No 76 Squadron employed the airfield for its Royal Aircraft Factory BE2 plus BE12 variants types. The airfield was given up due to the food shortage situation affecting Britain at the time and tactical reasons.

Video and photographs from the dedication of the plaque at Farsley Farfield Primary School, 24 November 2017:

Click here for more details on the short ceremony: http://ff5h.primaryblogger.co.uk/history/farsley-airfield-plaque-dedication-ceremony/ 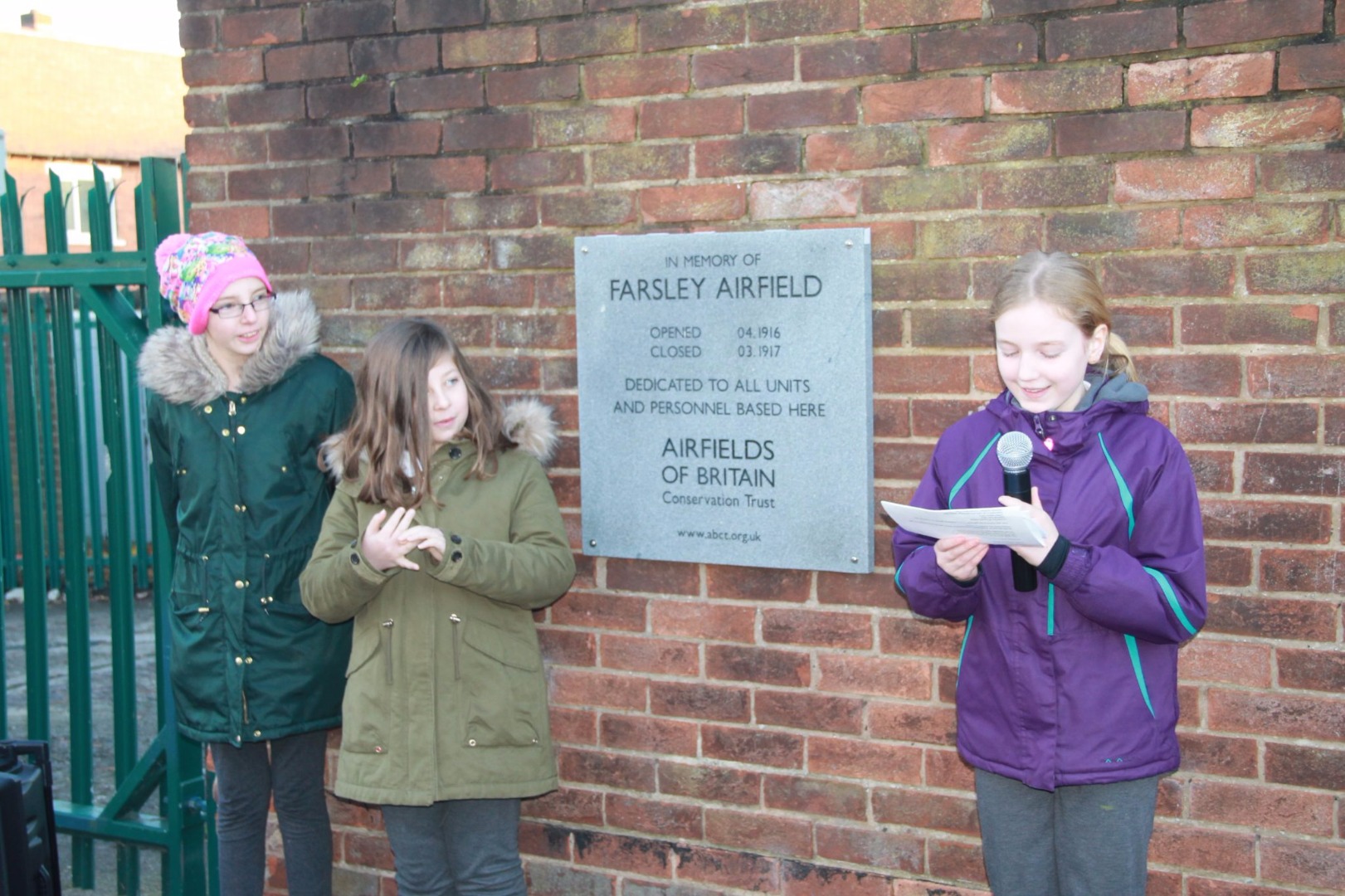 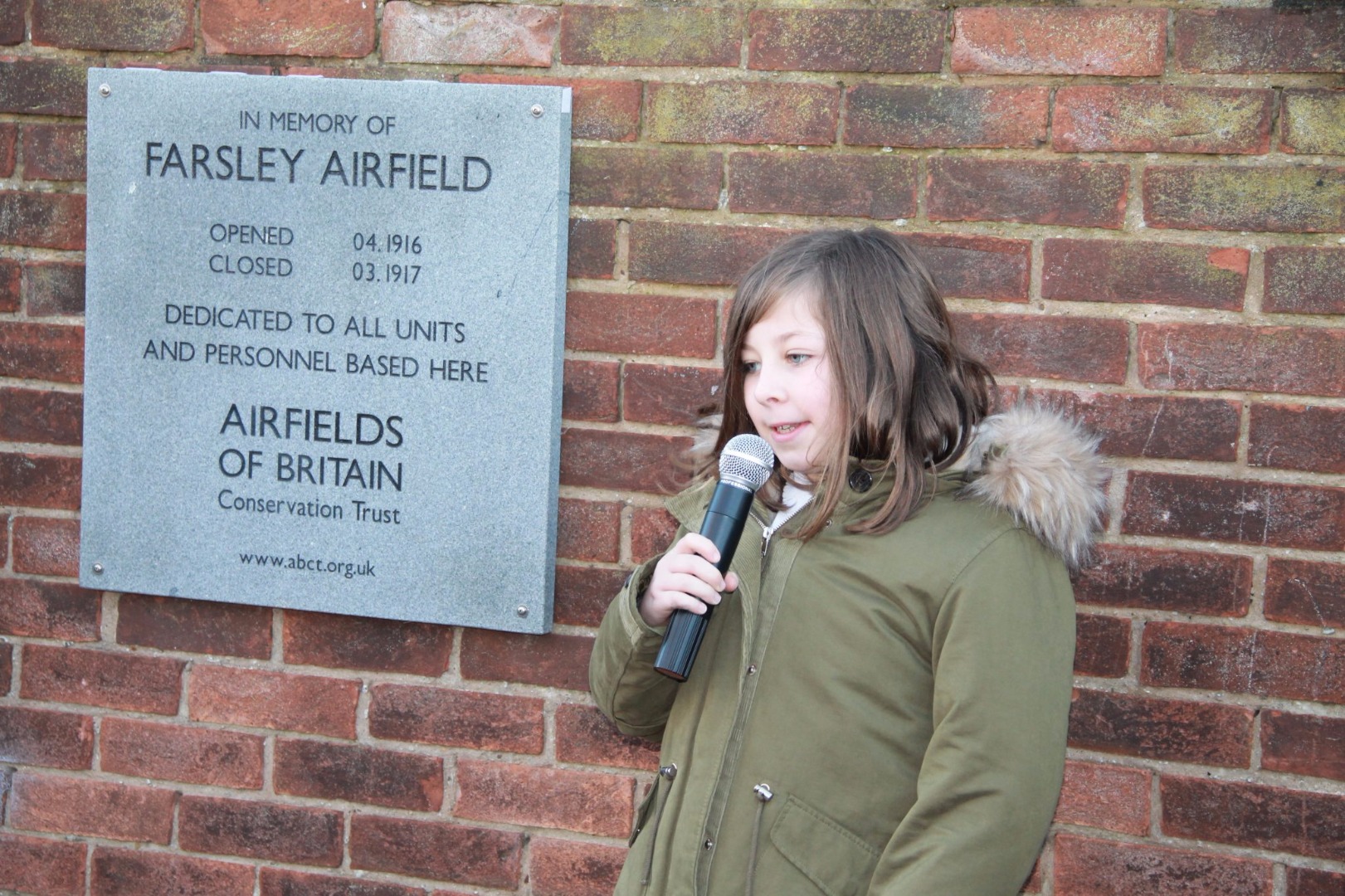 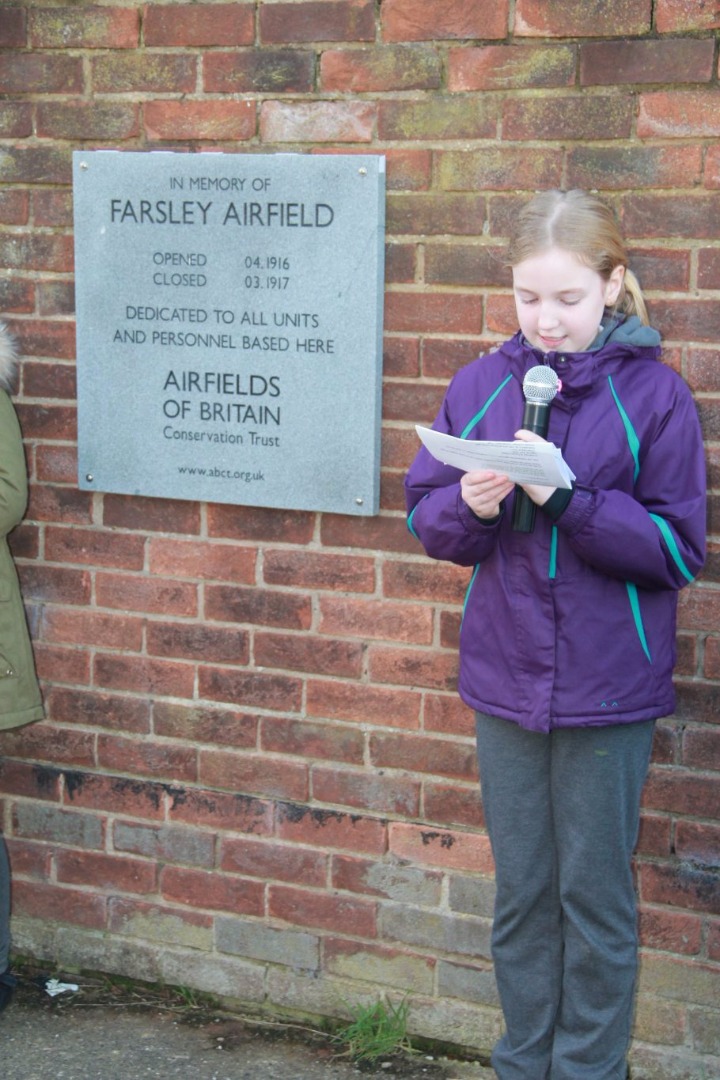 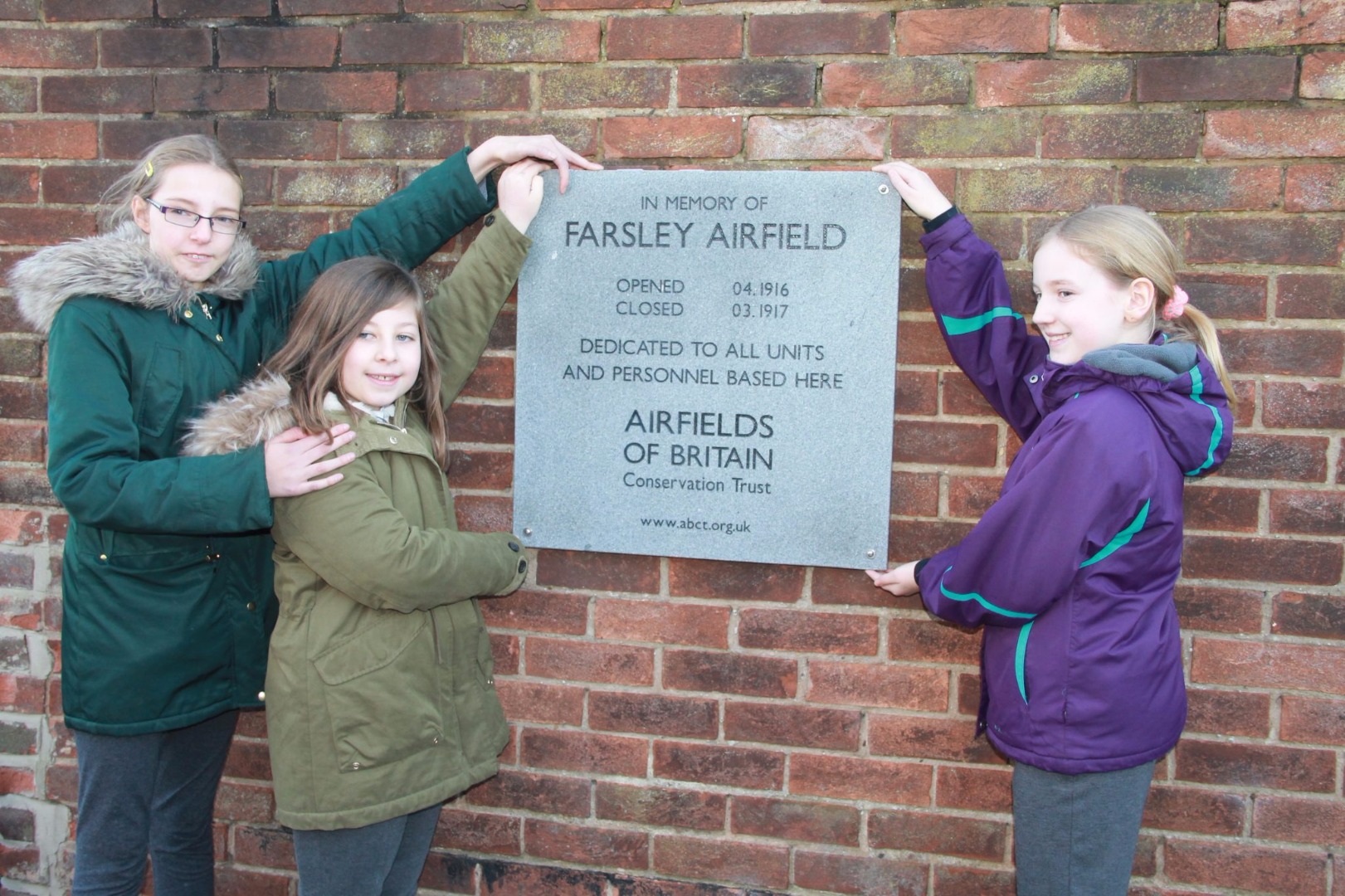