Noel Pemberton-Billing frequently tended to be short of money, and on one occasion while resident at Fambridge asked a local resident if he could borrow a few shillings. The owner was so angry he not only told our hero to clear off but threw a book at him – and not just any old book but a copy of the Bible!

South Fambridge, in Essex, was probably home to Britain’s first ever airfield. It was founded in February 1909 by Noel Pemberton-Billing, an aviation pioneer of many talents. Although undoubtedly a great visionary, his foresight didn’t extend to the site. Formerly home to a hydraulic crane factory, the planes were ’bogged down,’ quite literally, in the marshy landing area and the site closed in November of the same year.

Today the airfield is now farmland and a housing estate with one of the streets aptly named ’Pemberton Field.’ Some of the houses Pemberton-Billing built for aviation experimenters to inhabit are still standing. The impressive and colourful Mr Pemberton-Billing went on to establish the Supermarine company that would later create and build the Spitfire and was also involved in the creation of the Air Ministry and RAF.

Photographs from the unveiling of the ABCT marker at Fambridge on 20 February 2009: 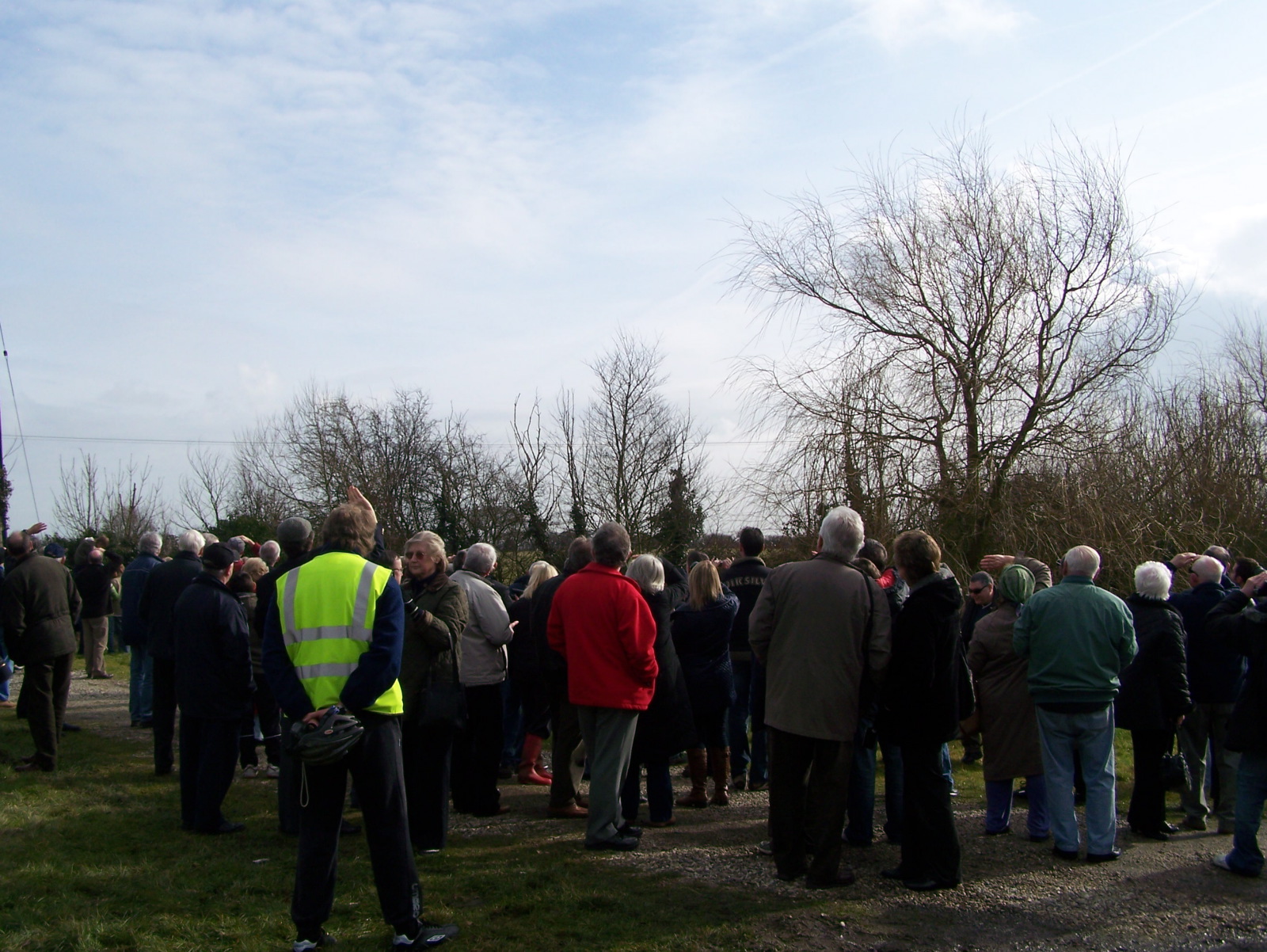 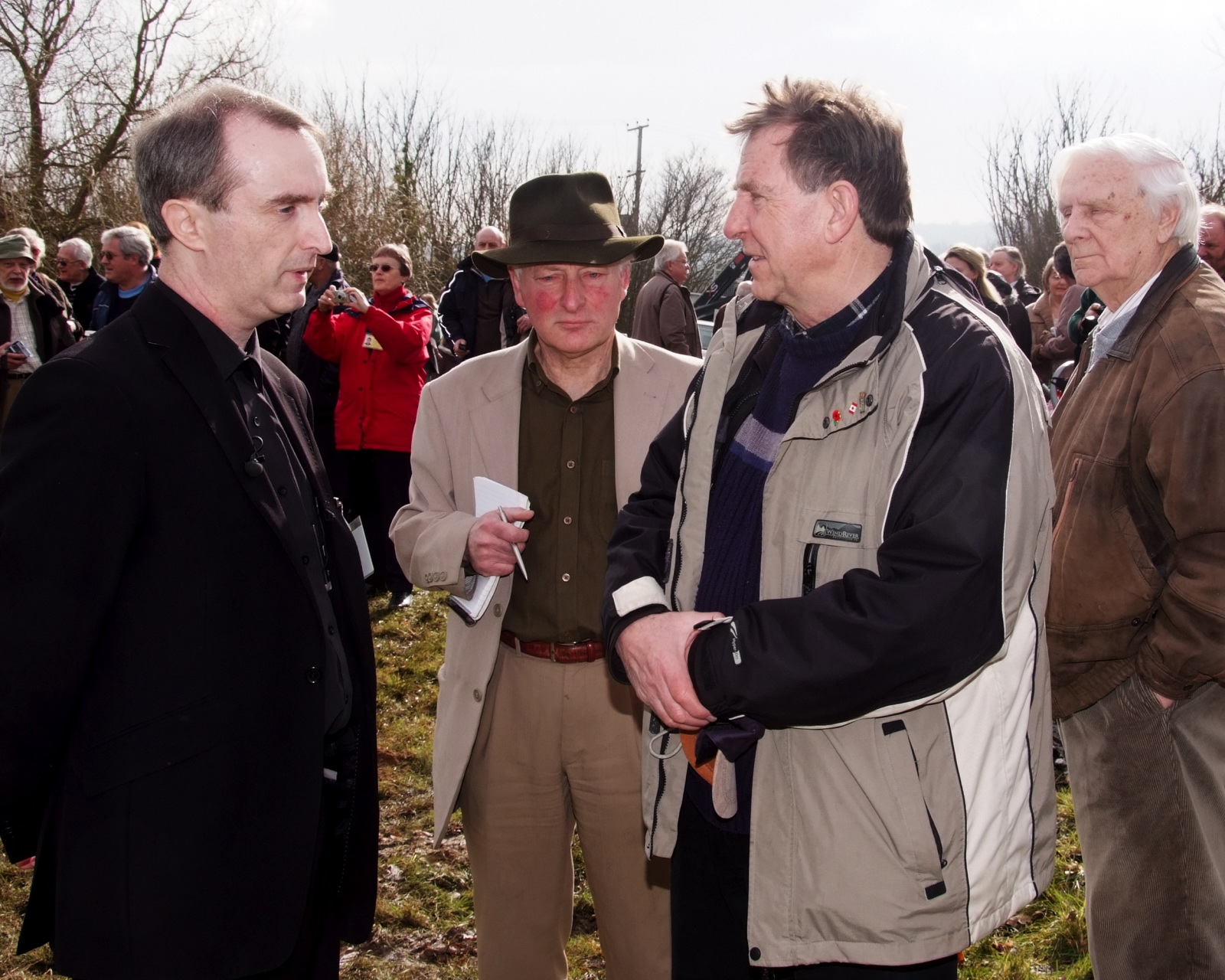 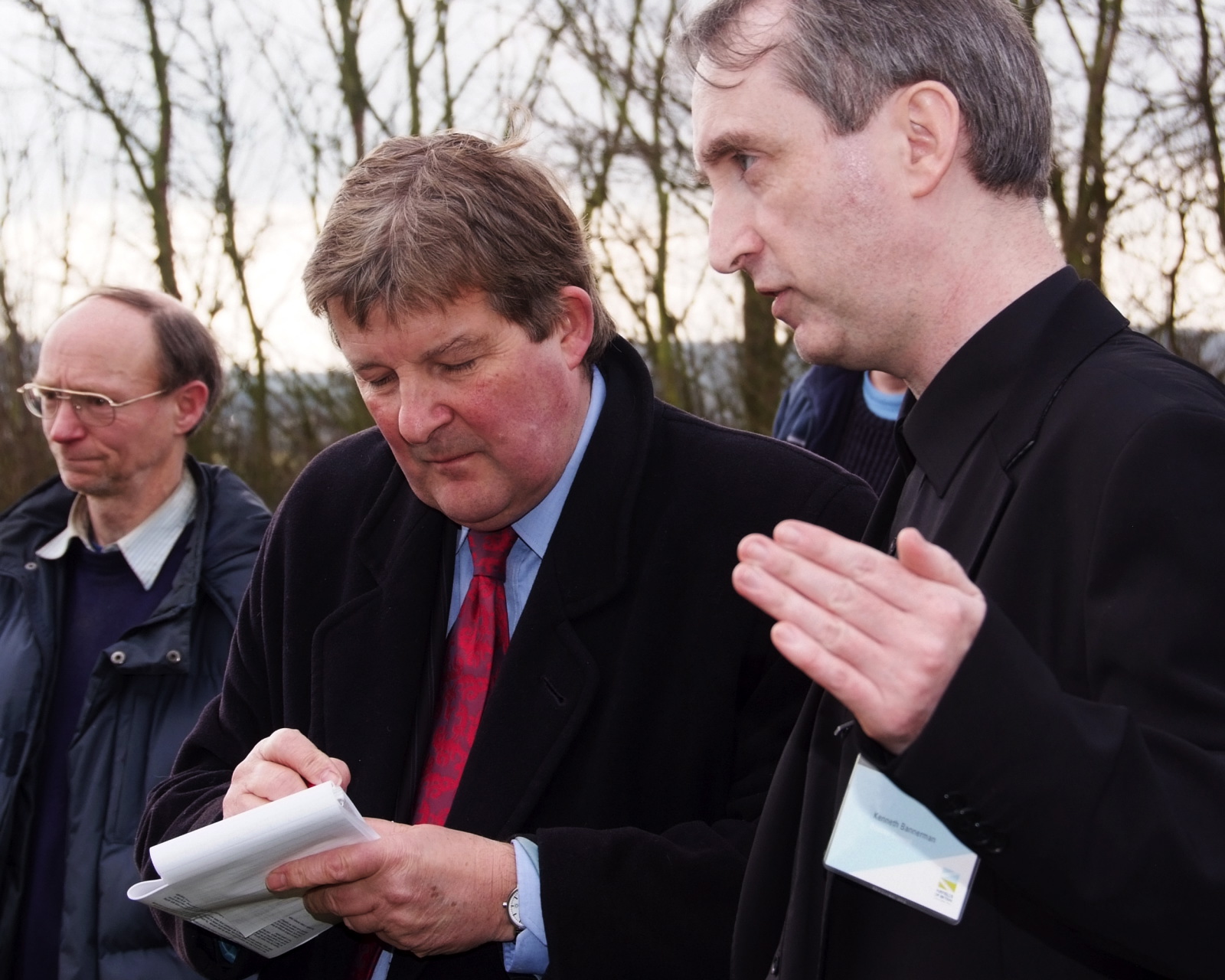 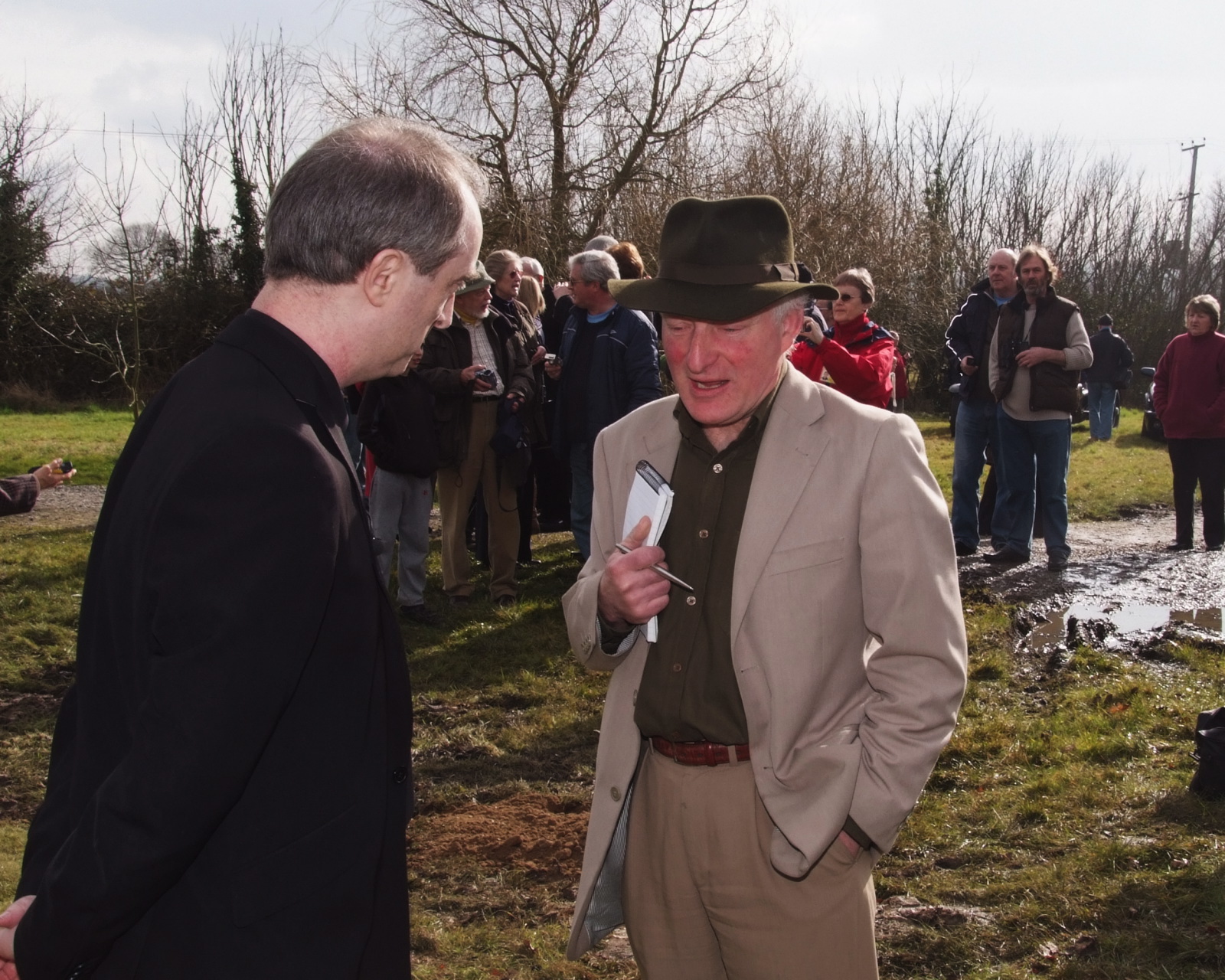 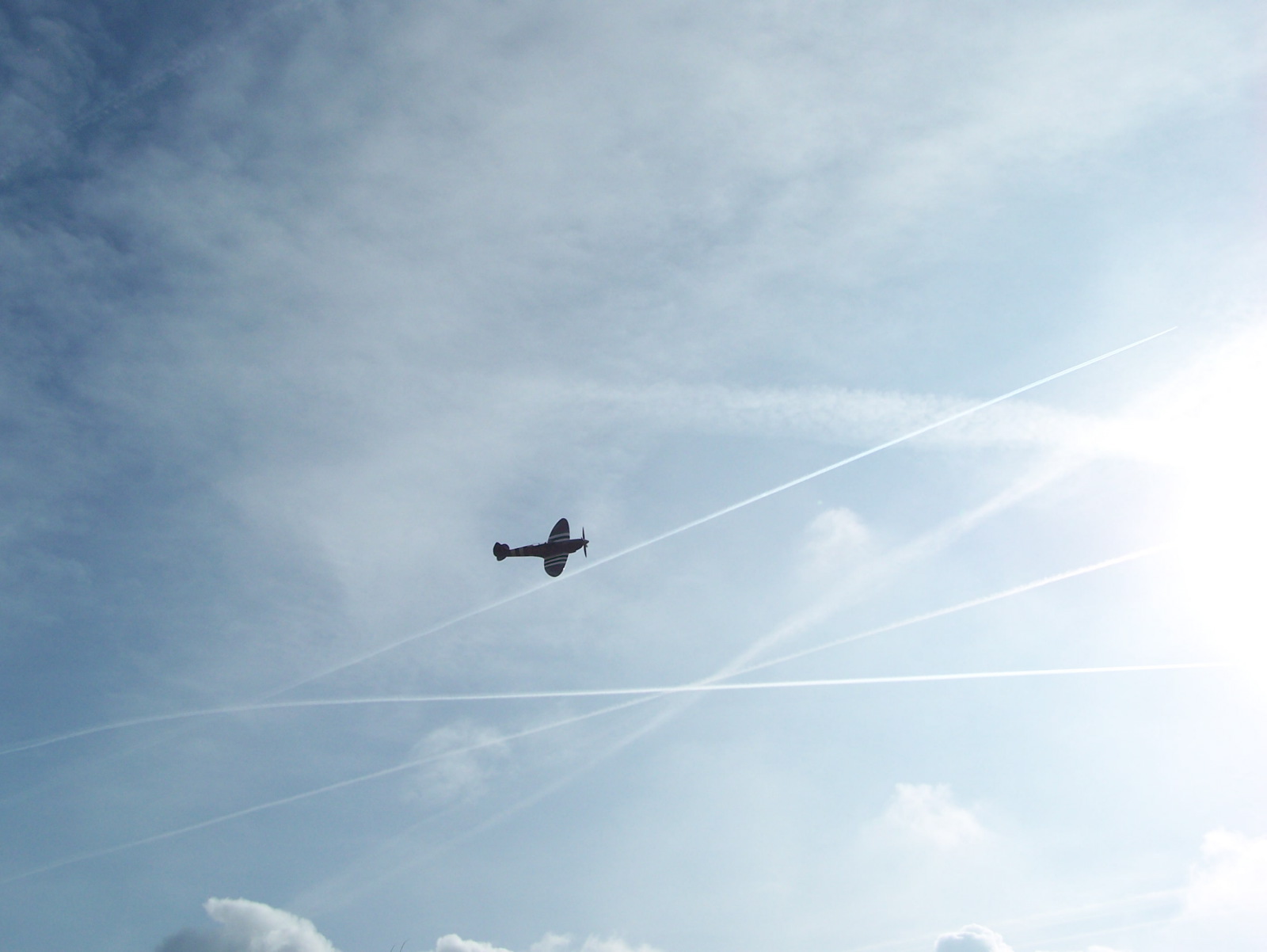 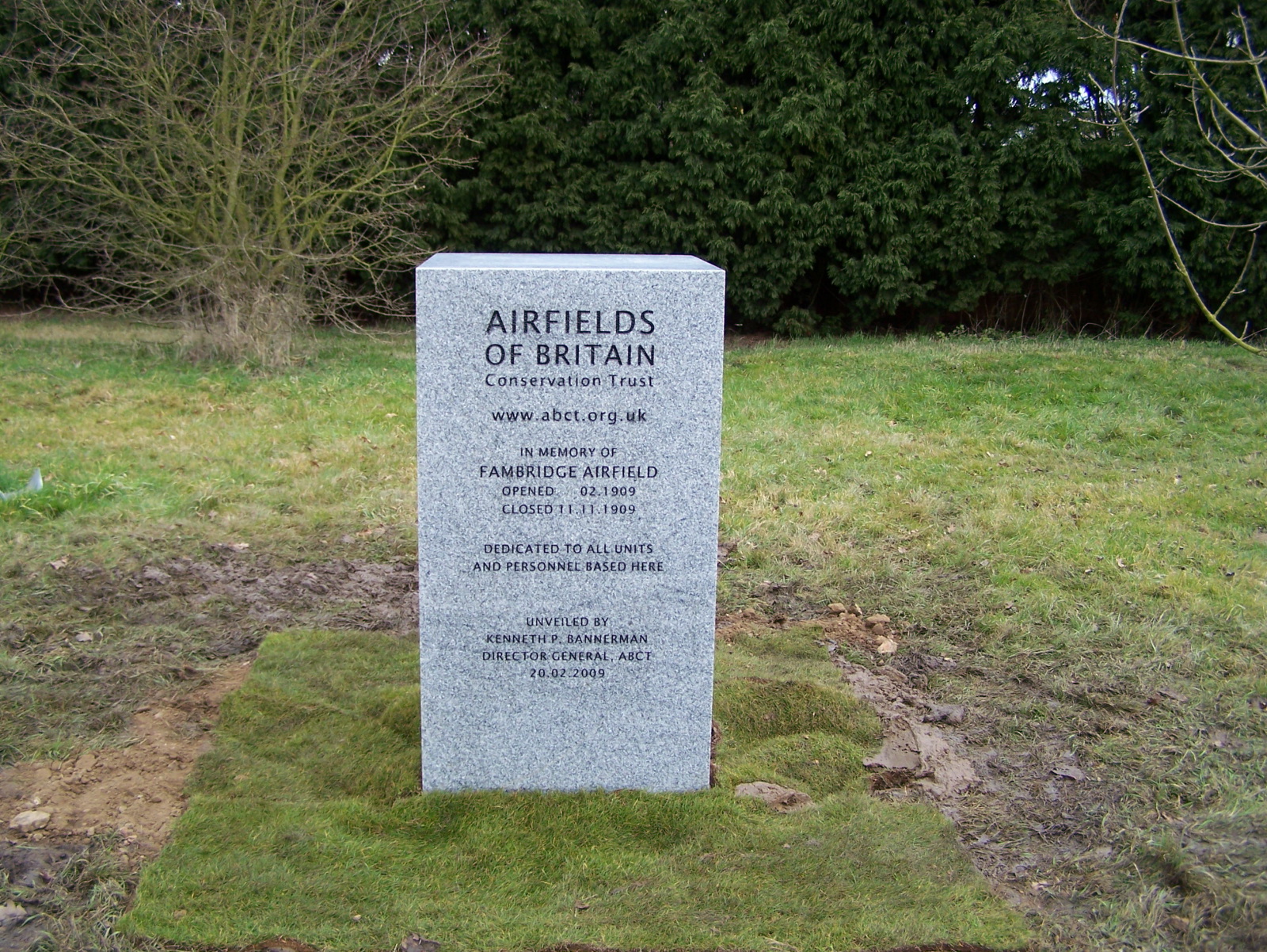 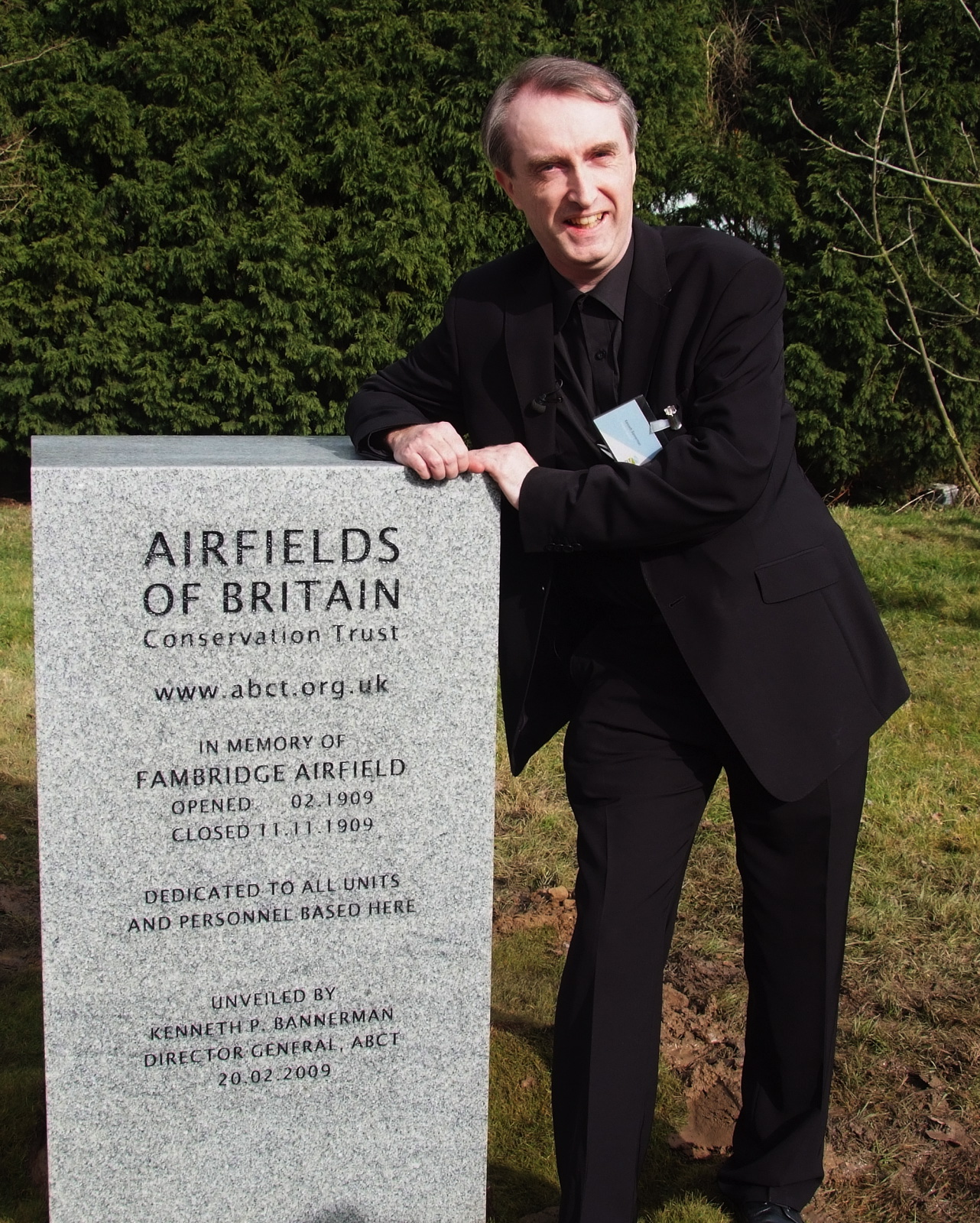 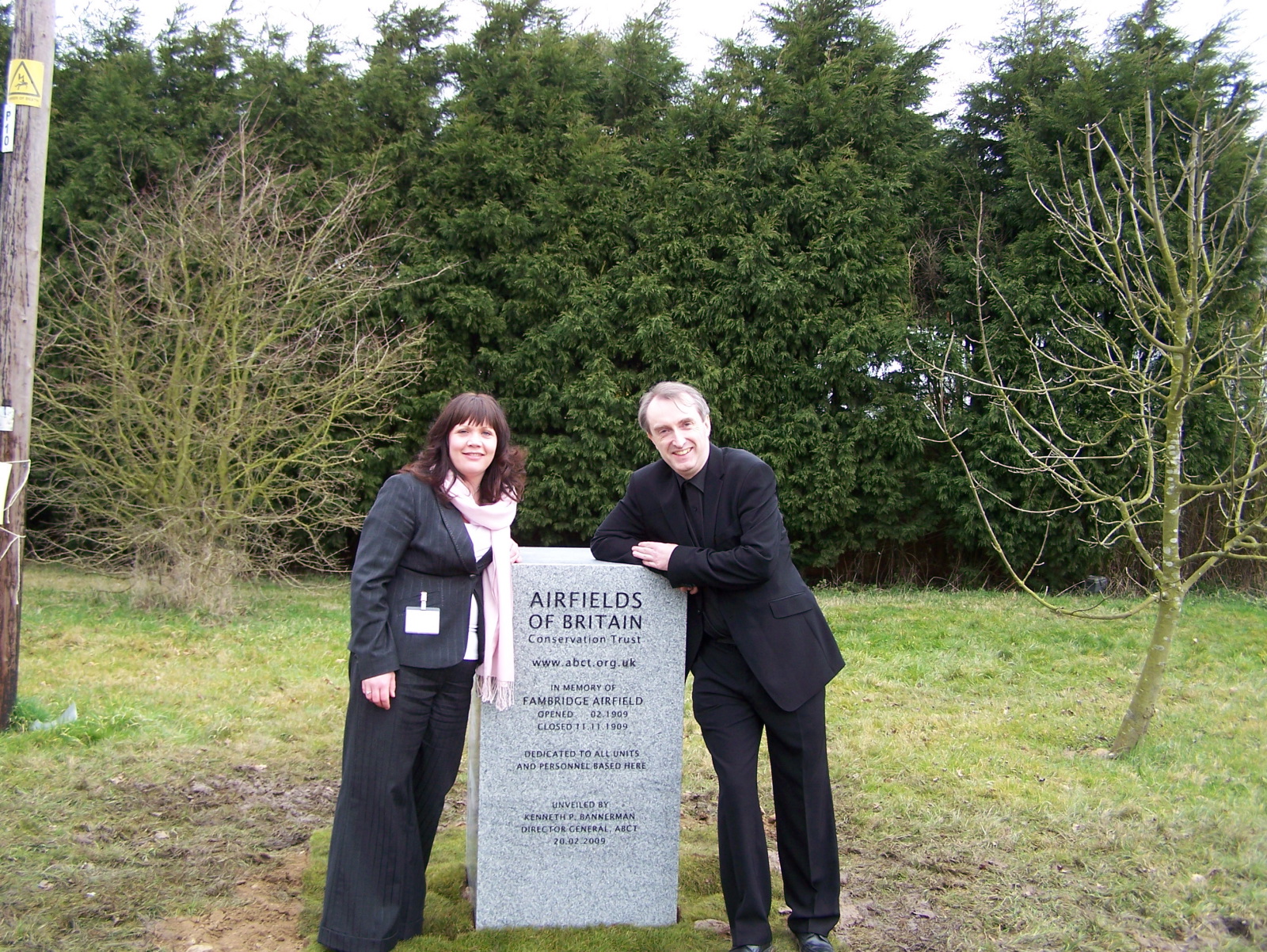 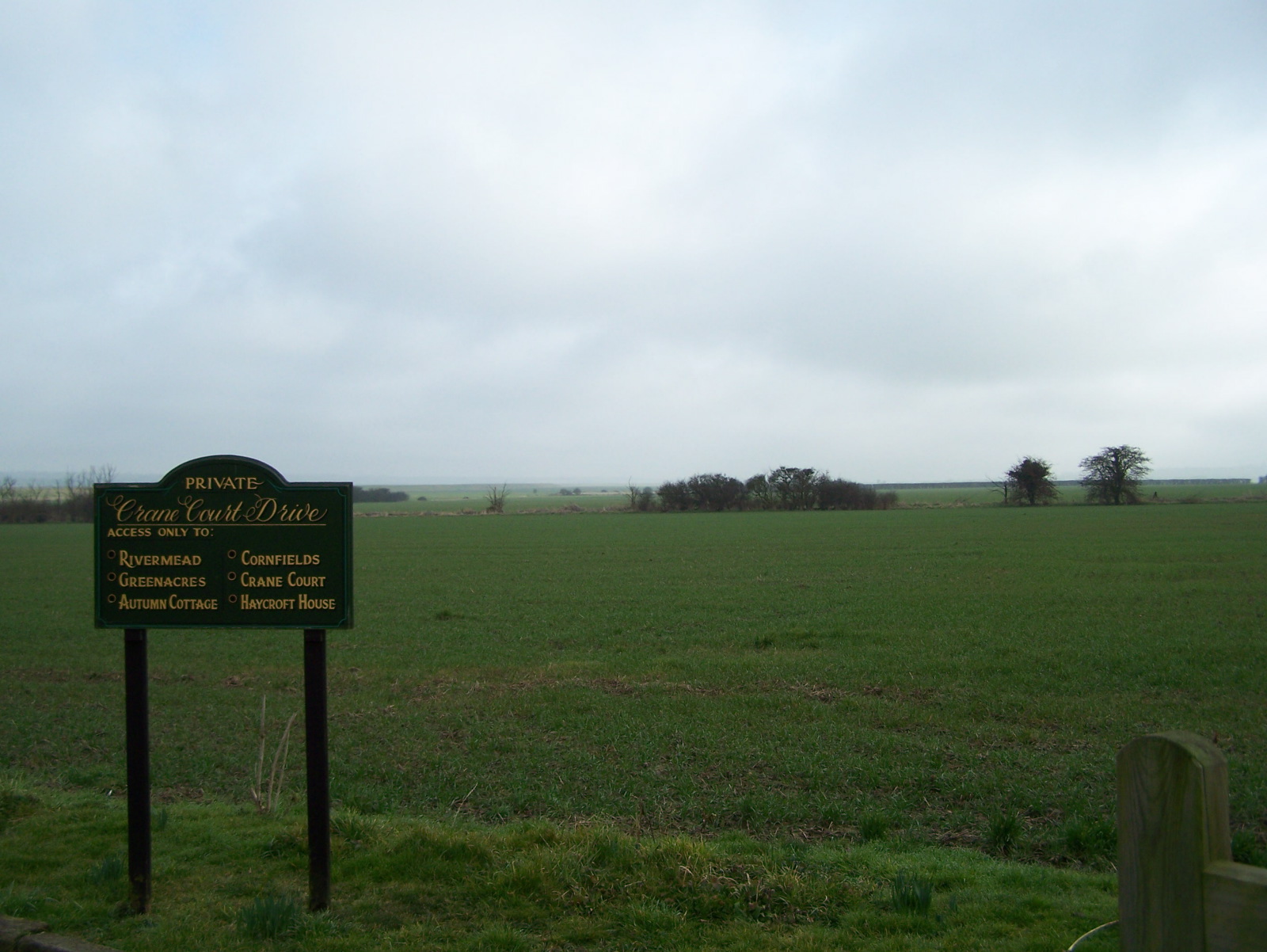 Looking across the former airfield at Fambridge, 2009. 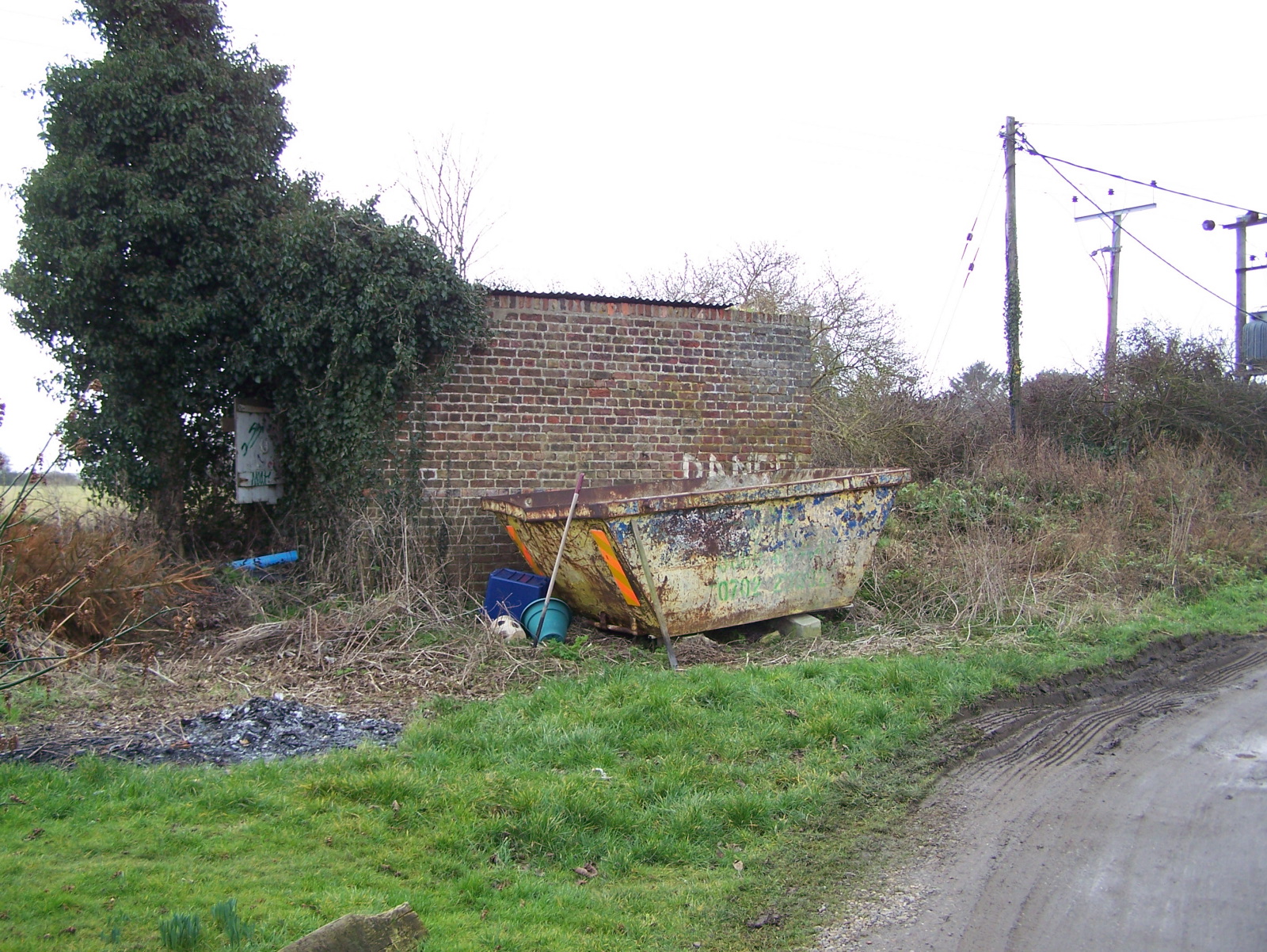 The remains of the water tower at Fambridge, 2009. 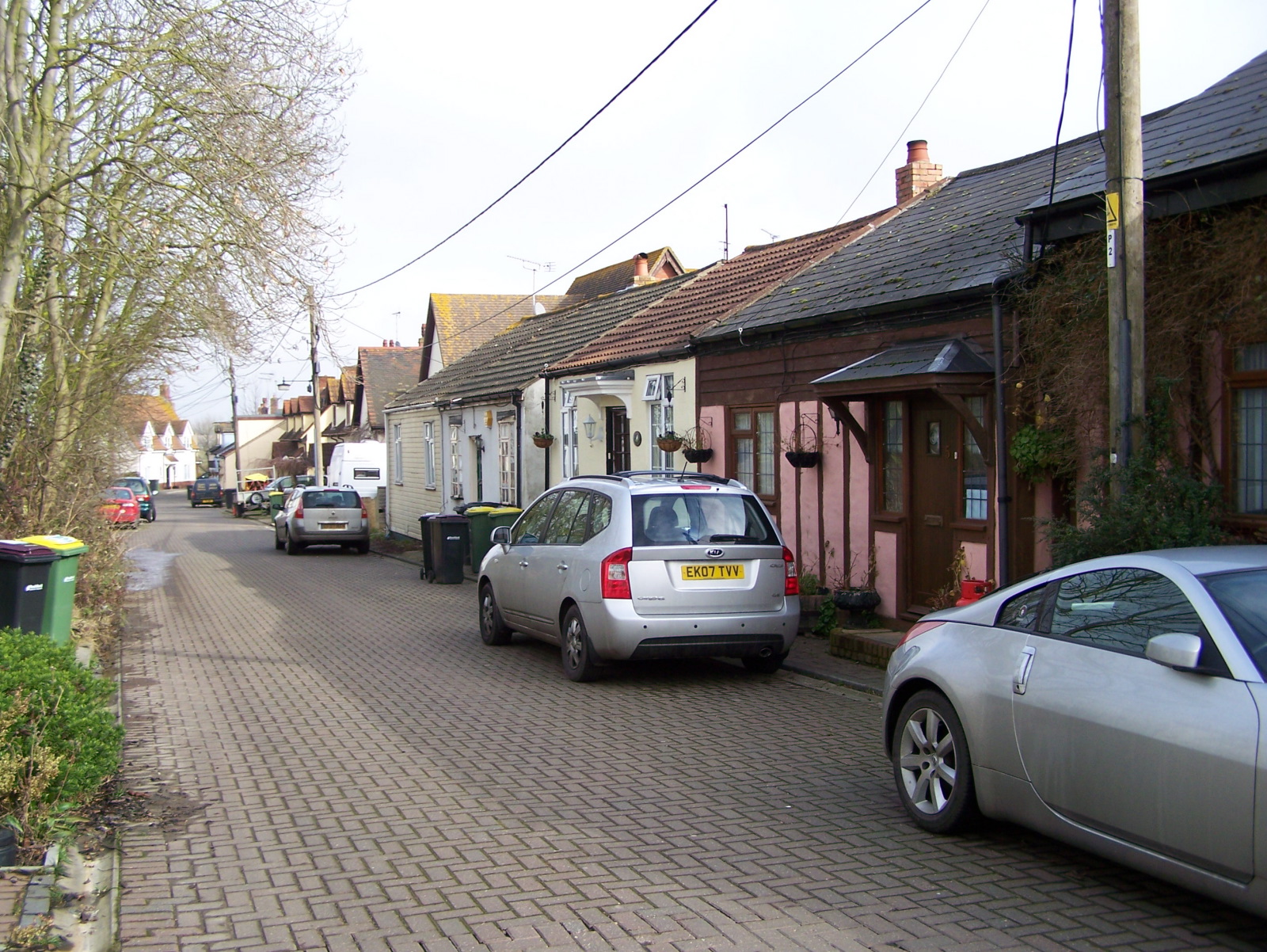 The houses built by Noel Pemberton-Billing for aviation experimenters. Photograph taken in 2009.