Drem was involved after World War Two in the construction of the Forth Road Bridge which opened in 1964.

Drem in East Lothian was situated in an ideal position to protect the general Edinburgh area and important dockyard at Rosyth. The airfield began its career in the First World War and was at this time initially known as West Fenton, being used as a landing ground by No 77 Squadron for Home Defence. By the end of the conflict the more developed site had become known as Gullane with No 2 Training Depot Station having already formed in April 1918. This unit used aircraft types such as the Avro 504, Sopwith Camel and Sopwith Pup but eventually disbanded during November 1919, with its home closing shortly afterwards.

Although the airfield was used as a temporary site for a military exercise in 1933, the airfield otherwise remained unused until shortly before World War Two. No 13 Flying Training School (FTS), which changed to become No 13 Service FTS as war started, operated for a short time from March 1939. However, this unit quickly disbanded to make room for operational squadrons of RAF Fighter Command, making the most of Drem’s ideal defensive location. Numerous fighter units were stationed at the airfield throughout World War Two, mainly using Supermarine Spitfires and Hawker Hurricanes. No 602 Squadron Spitfires from Drem shot down a Heinkel He 111 bomber to claim one of the first two aerial victories over Britain on 16 October 1939.

The famous Drem (or, more officially, Airfield Lighting) system was developed in 1940 here by then Officer Commanding Wing Commander Richard Atcherley. He invented a new form of airfield illumination that was hugely successful and addressed glare and visibility problems involving aircraft such as Spitfires and Hurricanes flying at night. Lights on the airfield itself and others in the vicinity on poles ten feet high were placed in a mostly circular pattern to help guide aircraft in the process of landing. These lights were only visible to aircraft in the circuit and could be dimmed to hide them from enemy aircraft. The system proved so popular that it became a standard component of all RAF stations.

Night fighter units also increasingly from 1941 joined the more common Hurricanes and Spitfires after the airfield saw significant action during the Battle of Britain. Aircraft of this nature included the Bristol Blenheims and later de Havilland Mosquitos of No 29 Squadron. By mid-war Bristol Beaufighters and Mosquitoes had to a degree supplanted the day fighter squadrons which continued to be based at Drem on rotation. The latter were often posted here as a relative respite from the intense fighting in the south-east, as well as carrying out vital convoy patrols. No 309 Squadron still operated increasingly ageing Hurricanes here for much of 1944 until eventually reequipping with North American Mustangs. In addition, from 1942 several air-sea rescue units also regularly operated from Drem using a number of different aircraft types, including Avro Ansons and Supermarine Walruses.

A more specialised resident was the Radar Development Flight, later No 1692 (Radar Development) Flight which formed at Drem in December 1942 and stayed a year with the purpose of evaluating radar and other night fighting equipment.

Around the same time the Royal Navy, in addition to the RAF, had started to use the airfield for night fighter training from late 1942. No 784 Squadron stayed as a lodger but its home officially became a Fleet Air Arm base shortly before World War Two ended in Europe and was known as HMS Nighthawk. Peacetime however saw naval flying cease relatively quickly, and the squadron moved to Dale as 1946 started before Drem returned to RAF control on 15 March. This great airfield finally closed at the end of that year, although No 3 Gliding School did use Drem until September 1947. No more activity took place but, had war broken out again in the late 1940s, Drem would have served as the war station for both Abbotsinch and Turnhouse and seen fighters return once more.

A few buildings from both World Wars remain, including two Bellman hangars. There is now no evidence of the three grass runways, although most of the paved perimeter track survives. A building that was once Women’s Auxiliary Air Force (WAAF) accommodation, now houses a small exhibition relating to the airfield, part of the Arts and Crafts Gallery at the thriving Fenton Barns Retail Village which comprises of various World War Two era support buildings. 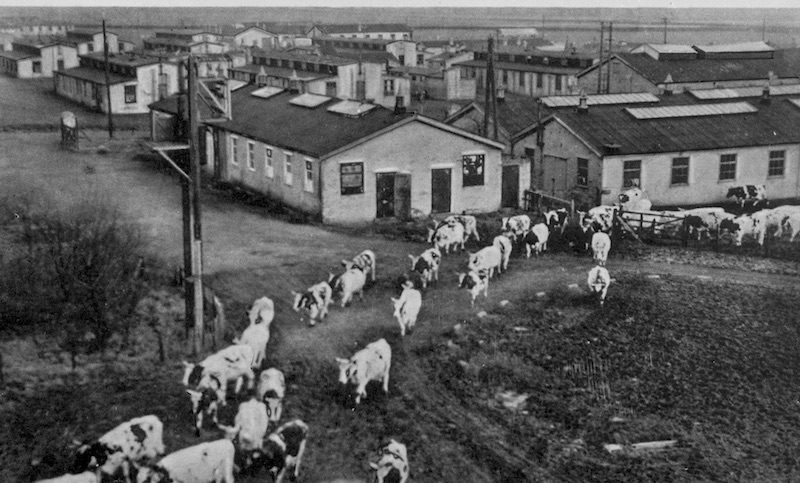 Copy of a postcard showing a herd of cattle and ex-military buildings, c. 1930. © Courtesy of Historic Environment Scotland, canmore.org.uk 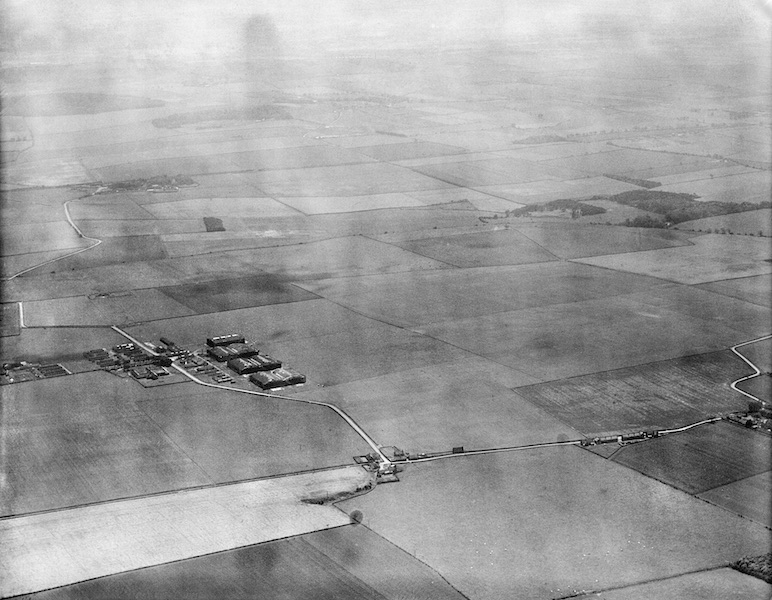 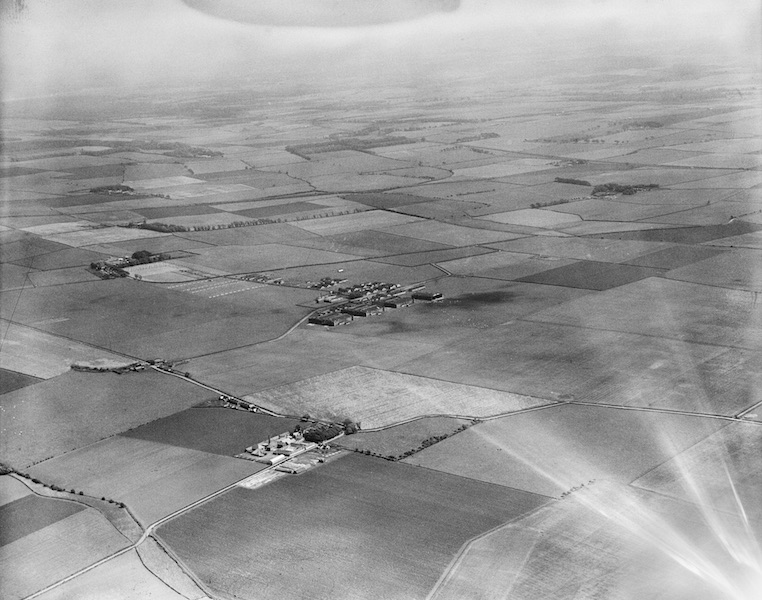 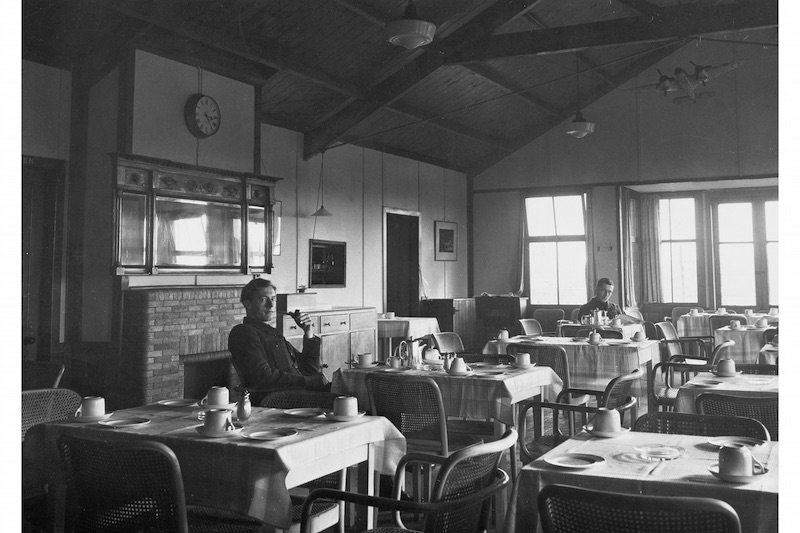 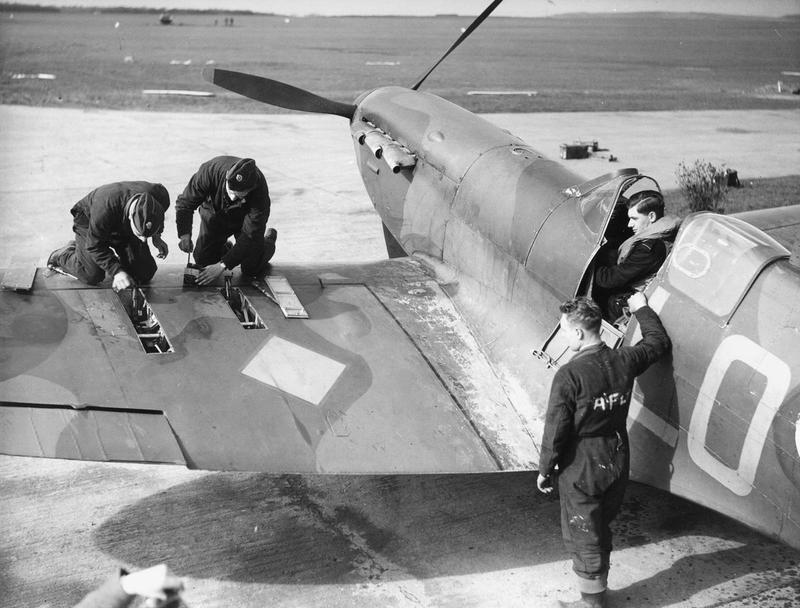 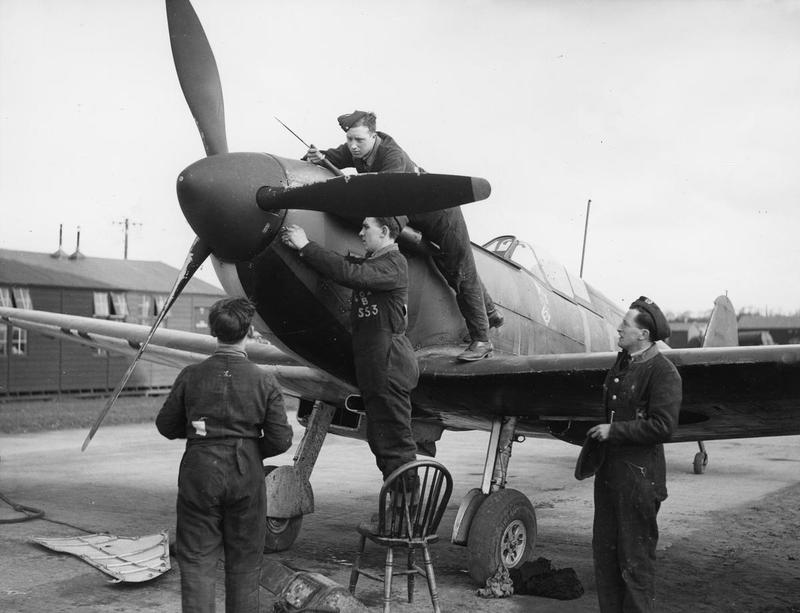 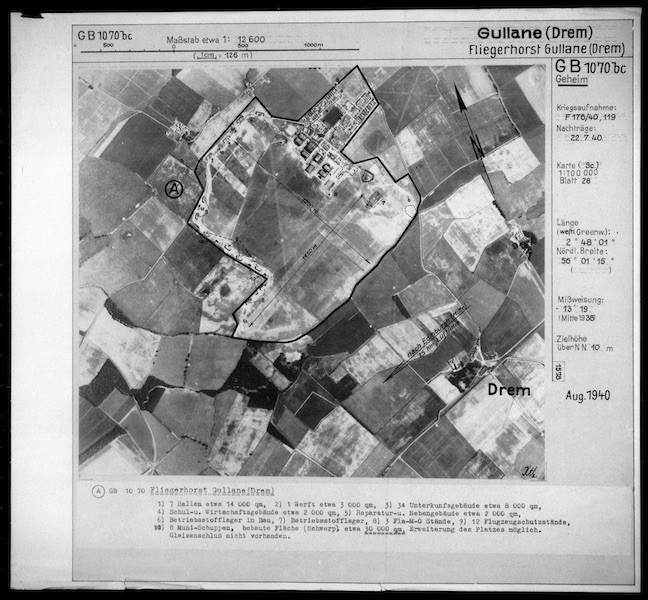 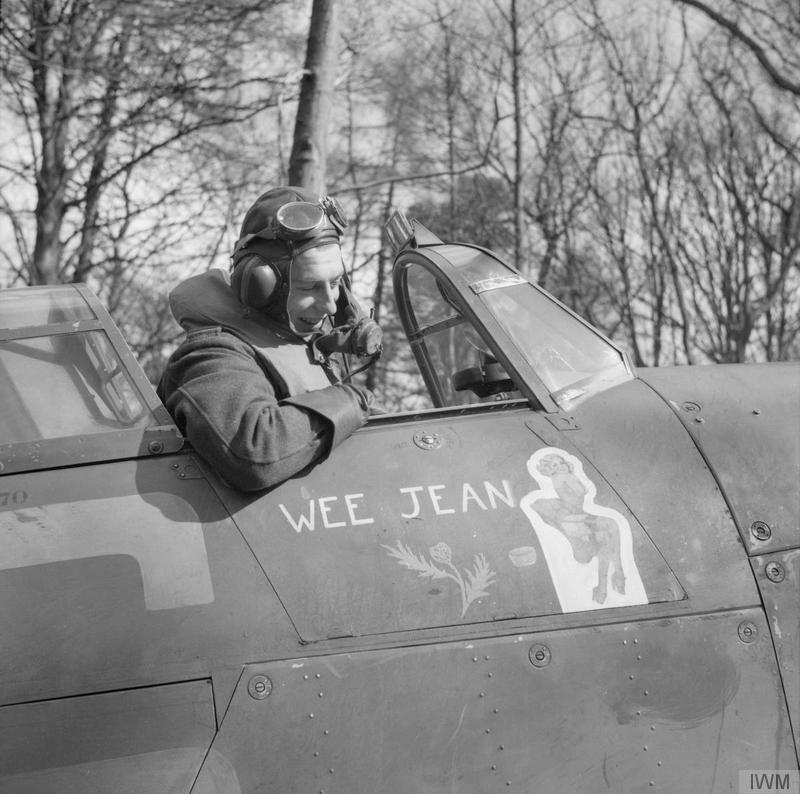 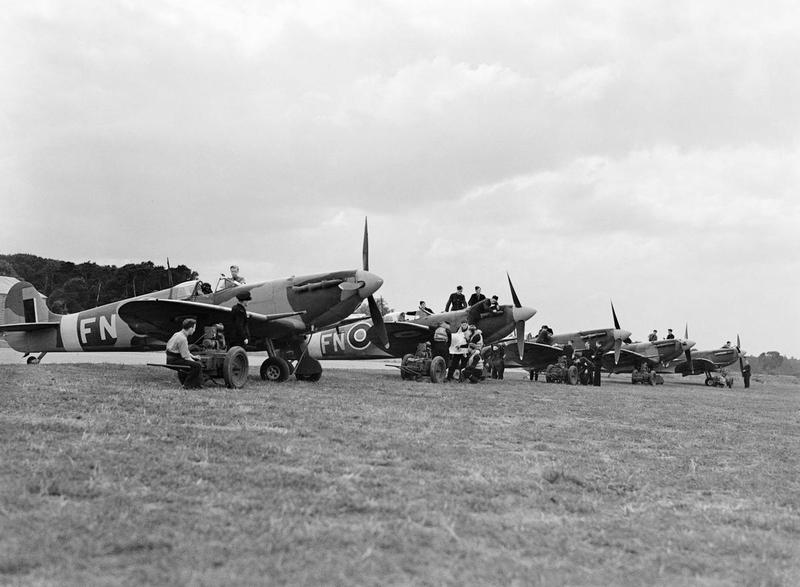 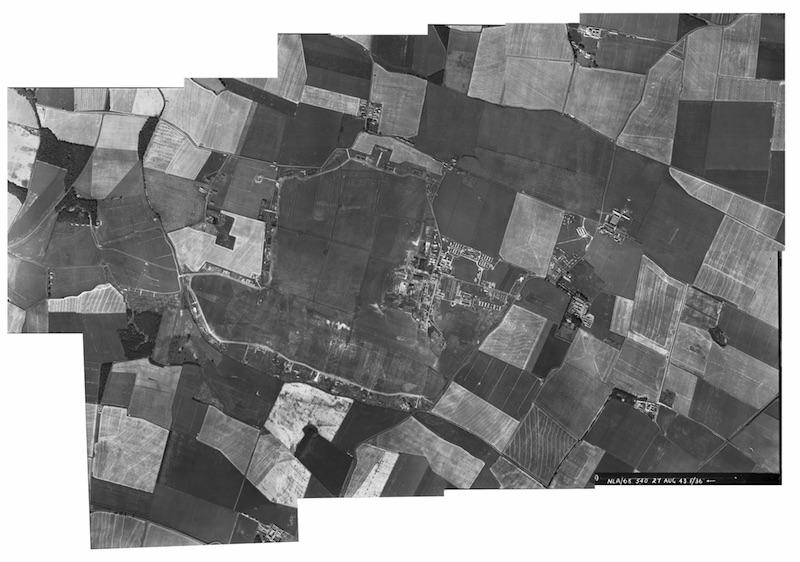 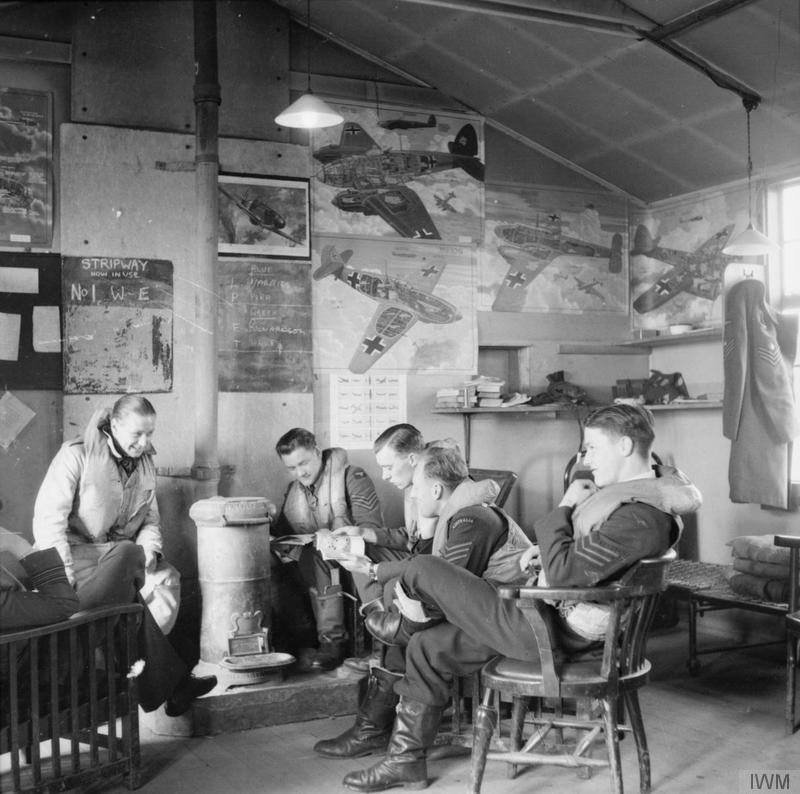 Pilots of No 43 Squadron sitting round the stove in their dispersal hut while at readiness, at Drem during the Second World War. © IWM (H 9191) 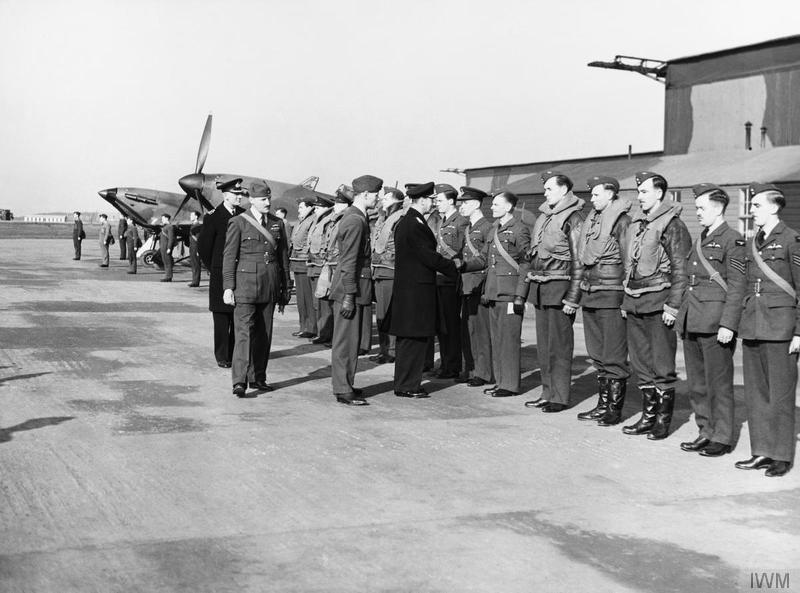 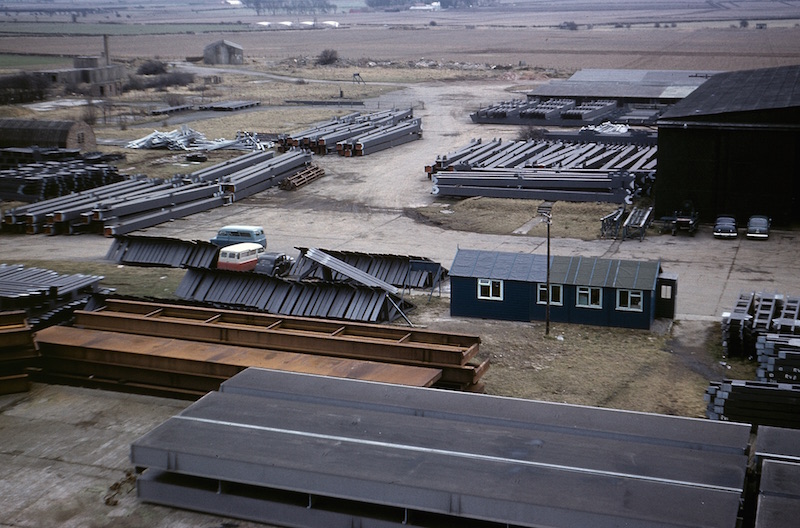 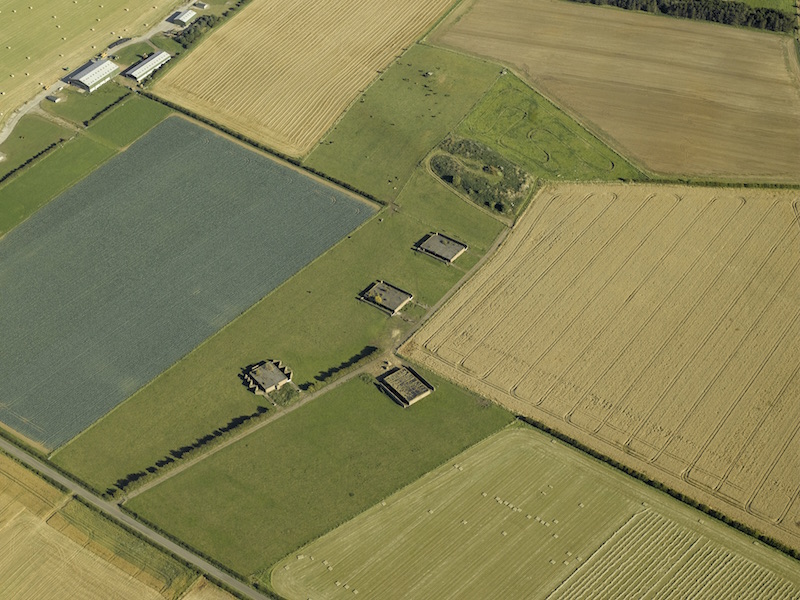 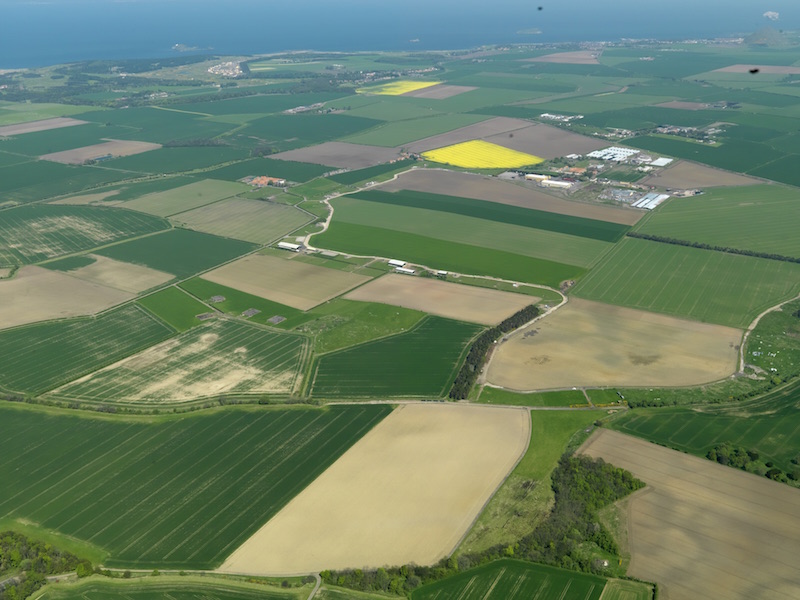 Aerial view of the airfield, taken from the south-west, 7 May 2008. © Crown Copyright: Historic Environment Scotland, canmore.org.uk 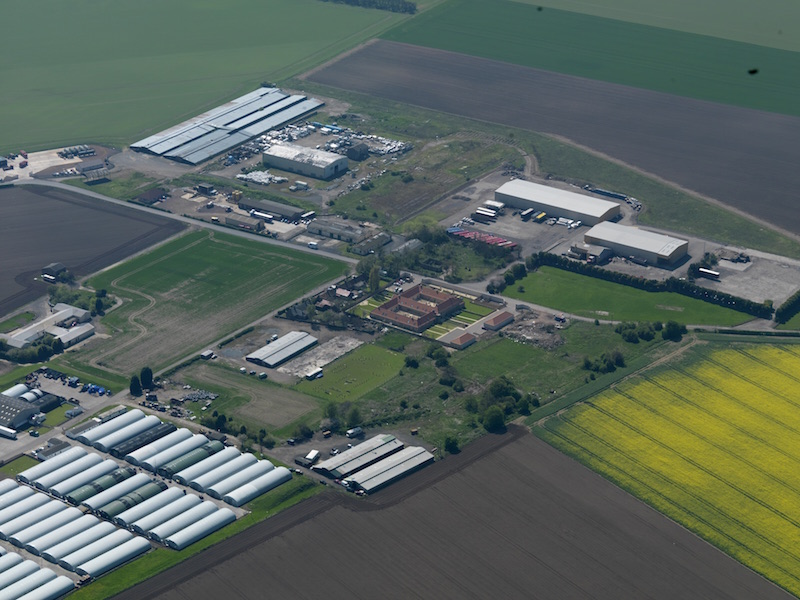 Aerial view centred on the technical area with the aircraft hangars adjacent, taken from the north-east, 7 May 2008. © Crown Copyright: Historic Environment Scotland, canmore.org.uk 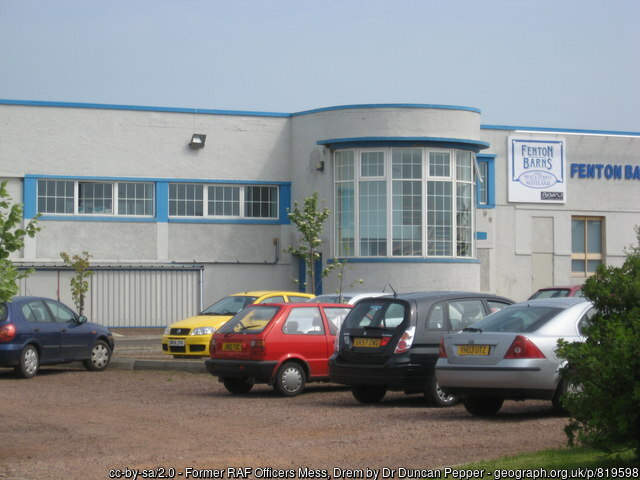 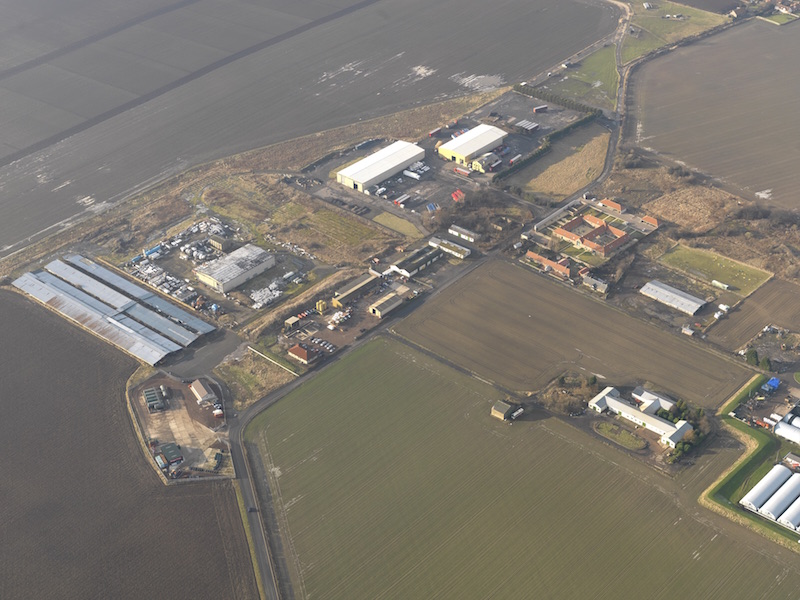 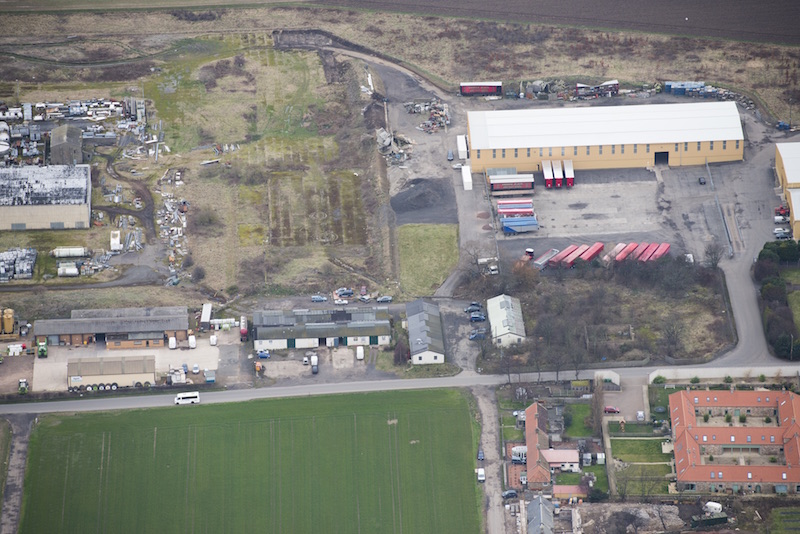 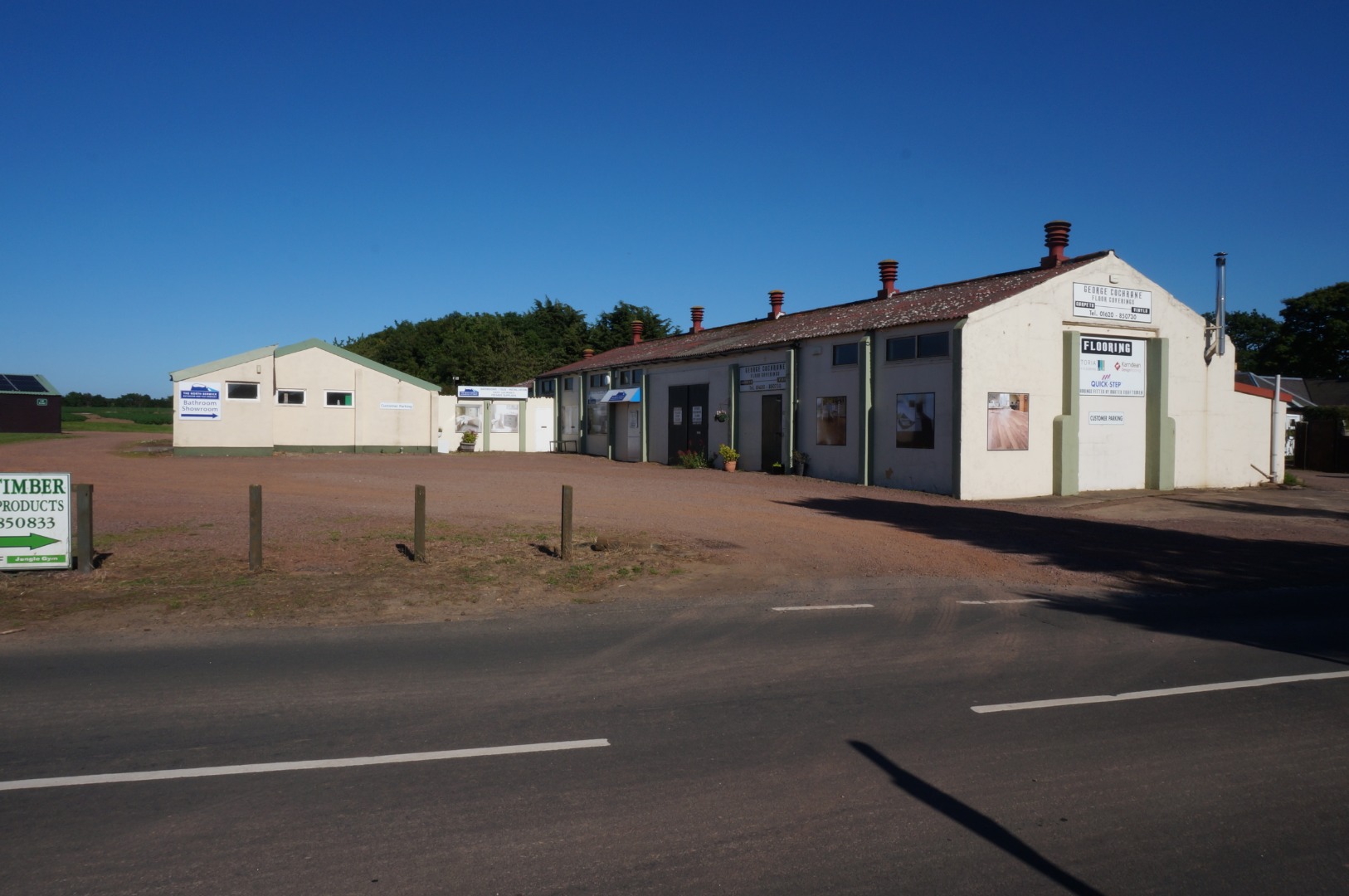 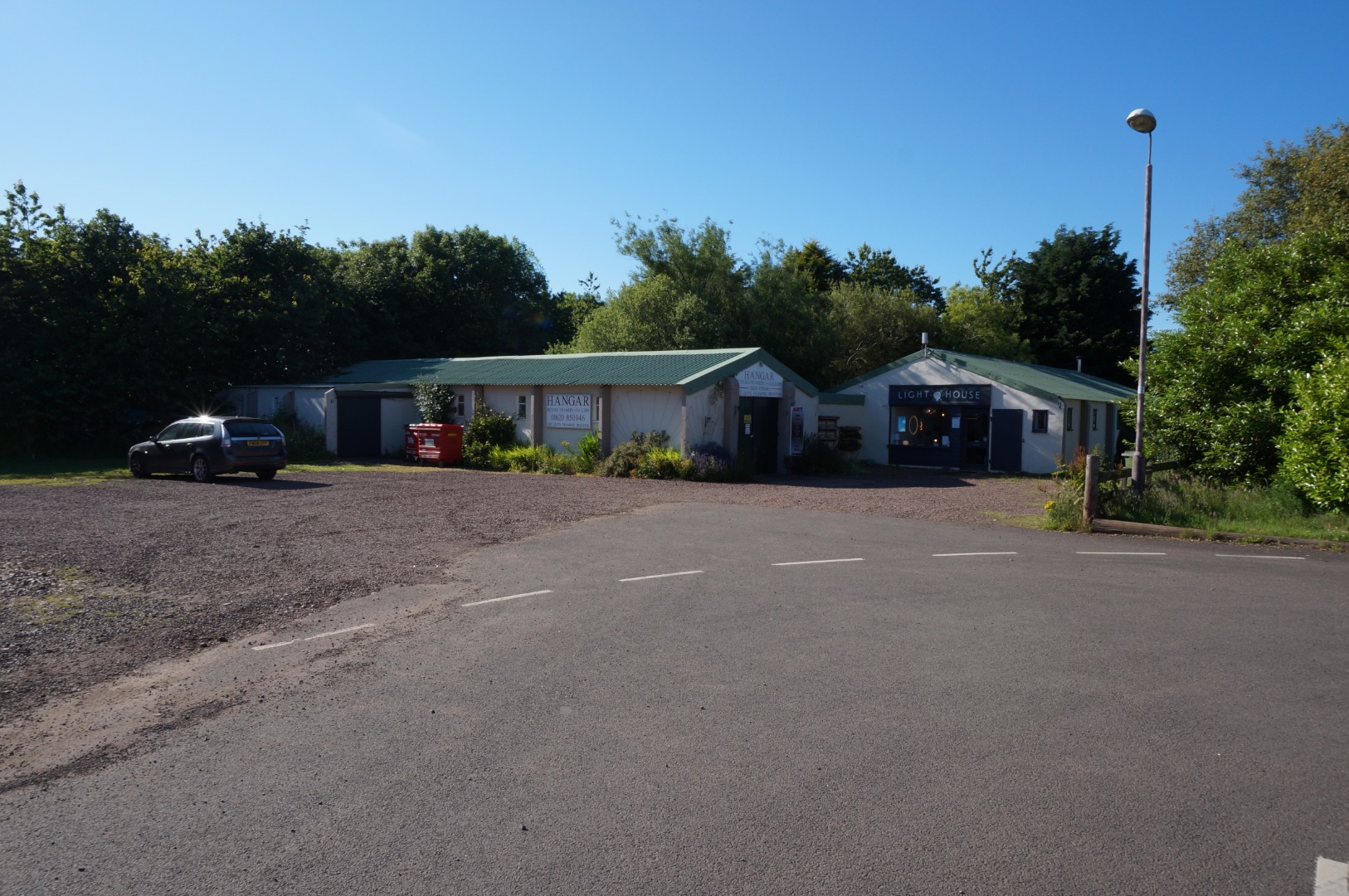 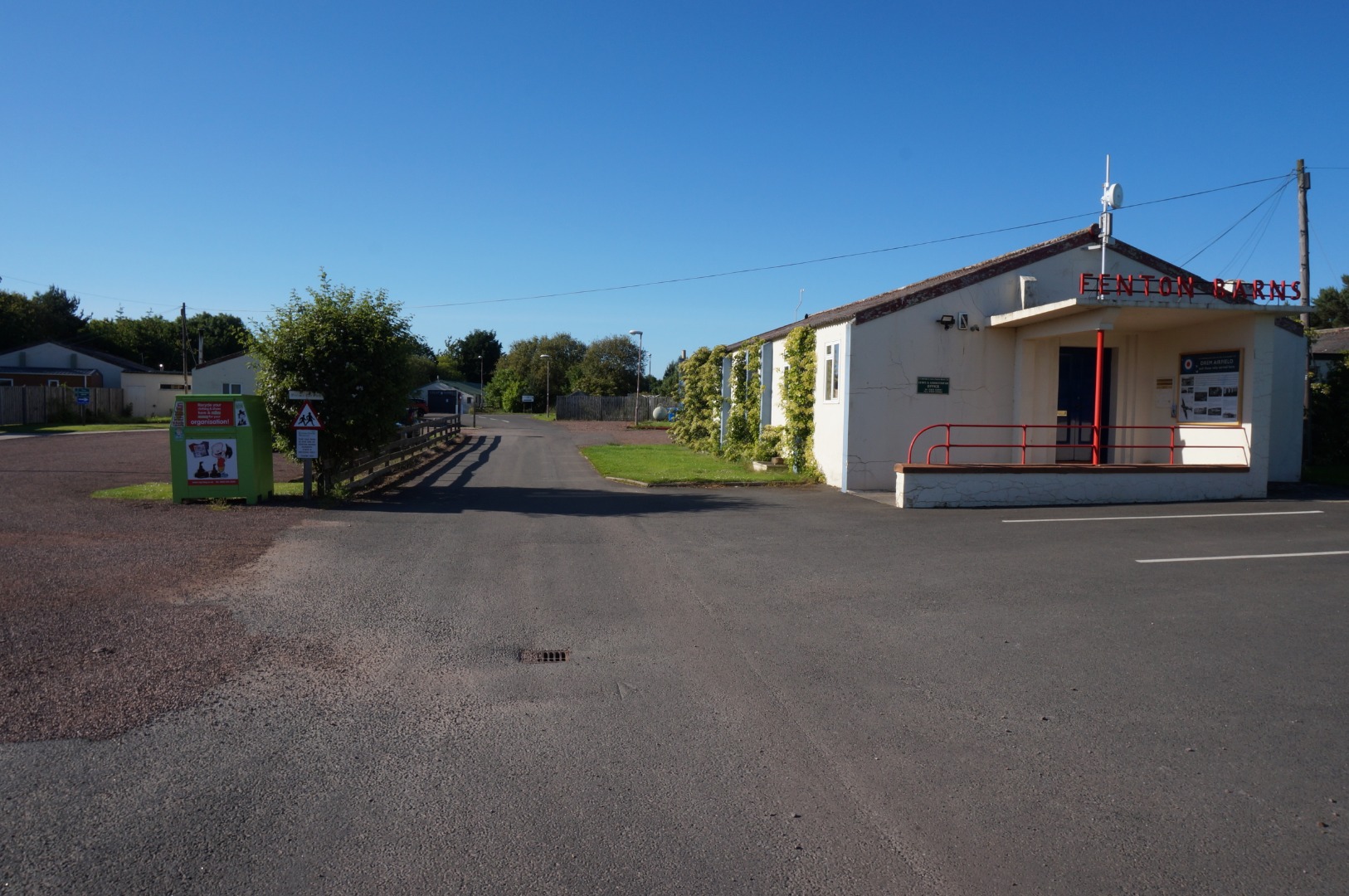 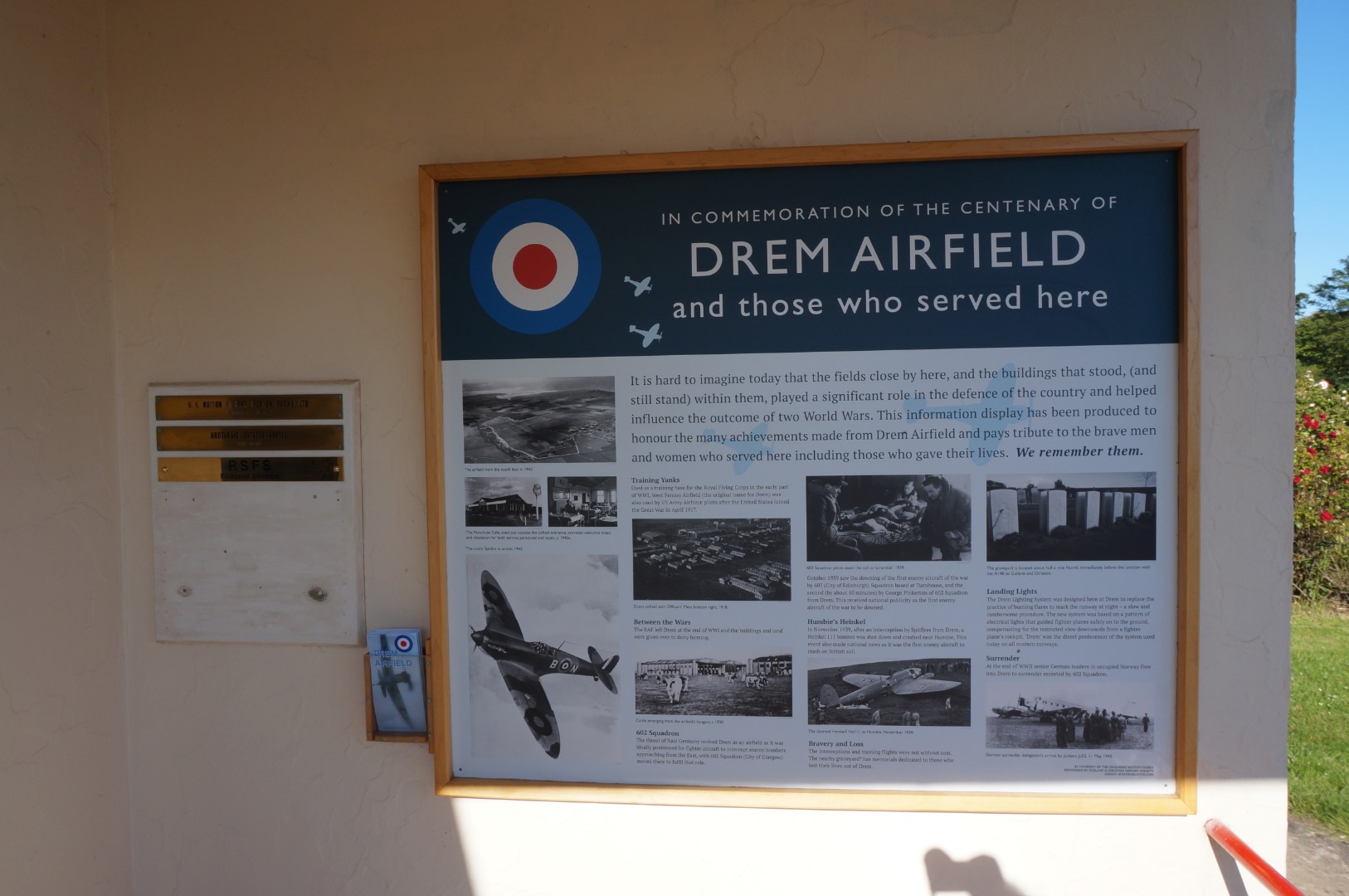 Information board at Fenton Barns retail village at Drem, 26 June 2019. 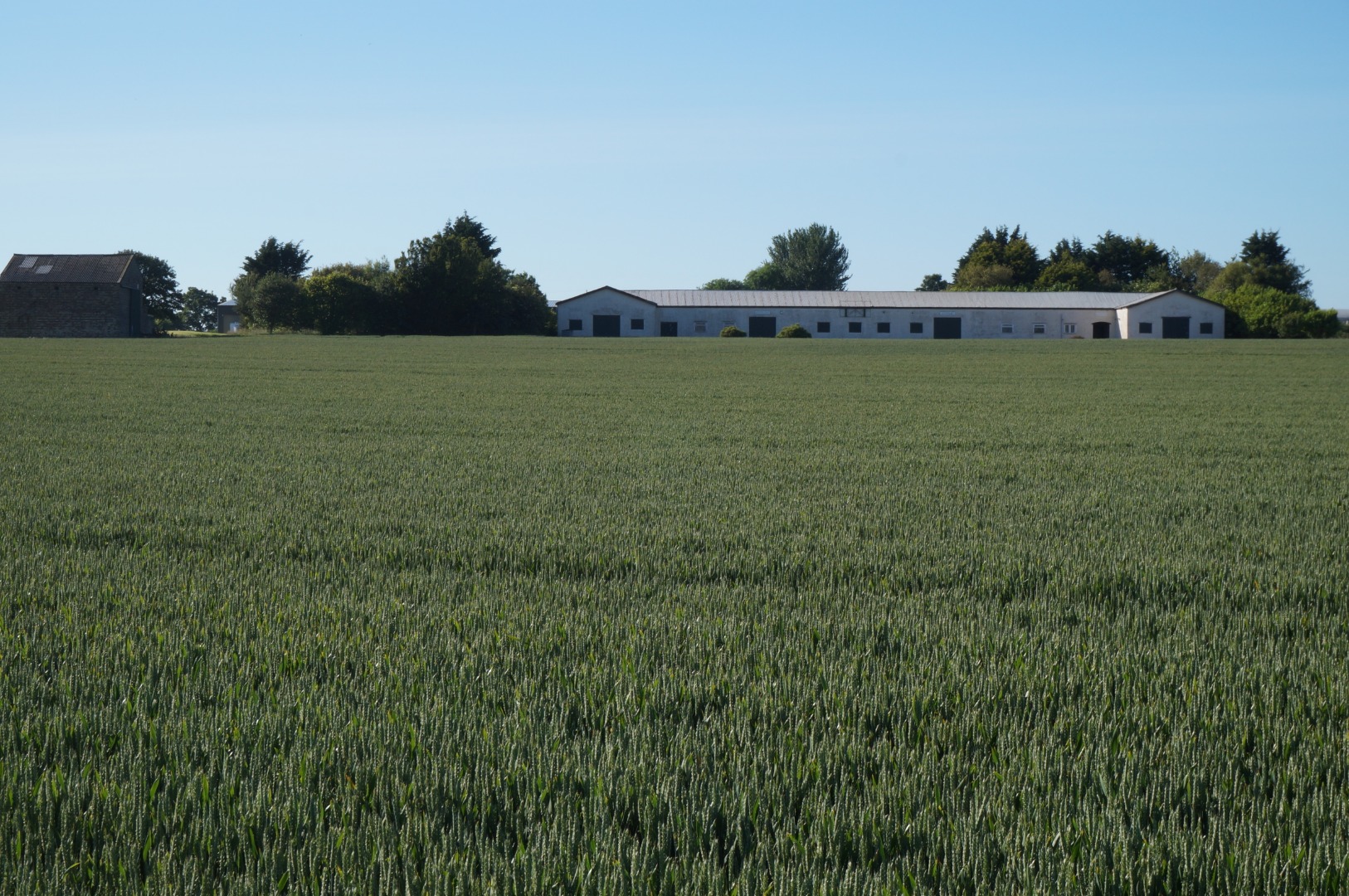 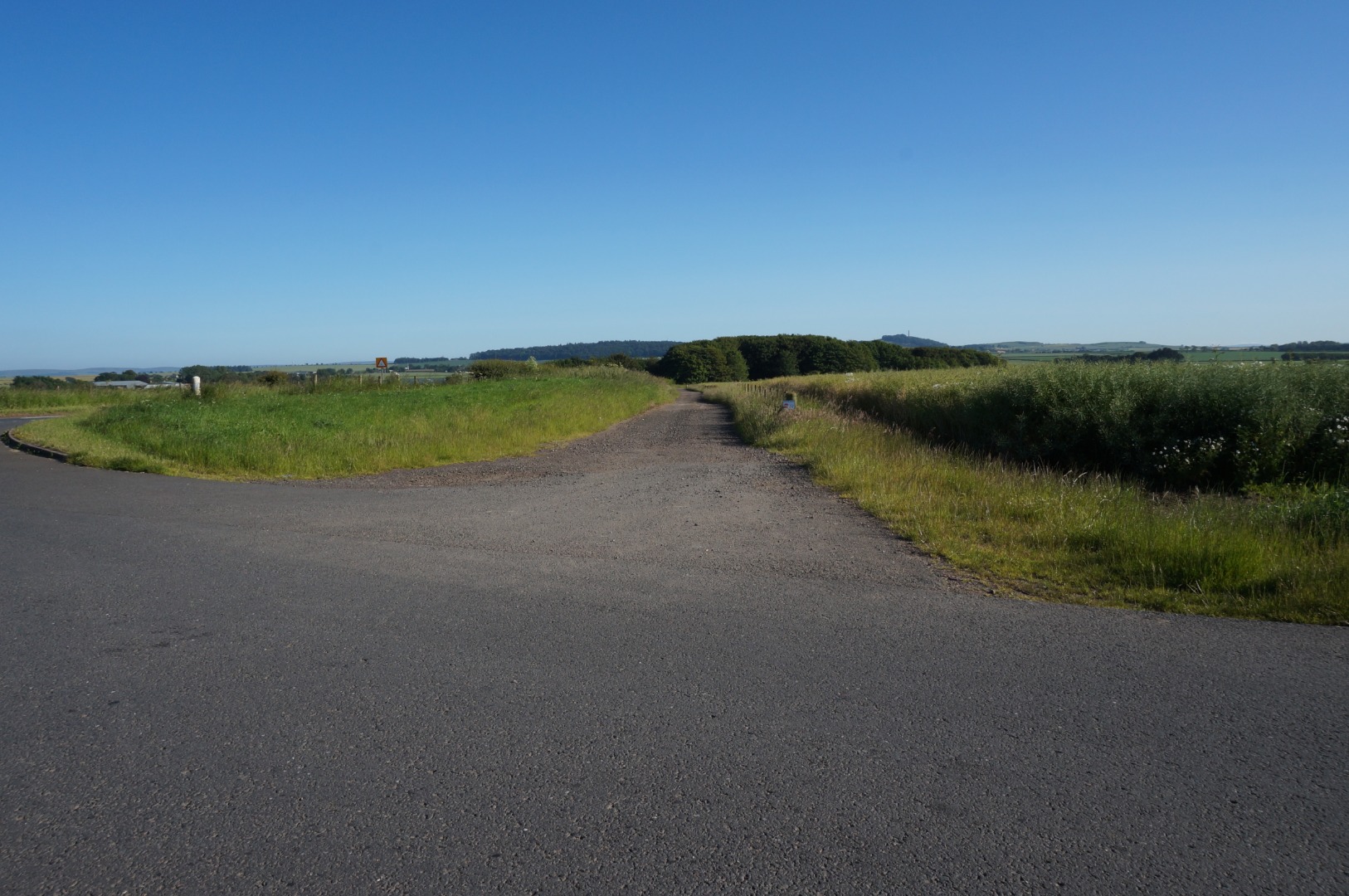 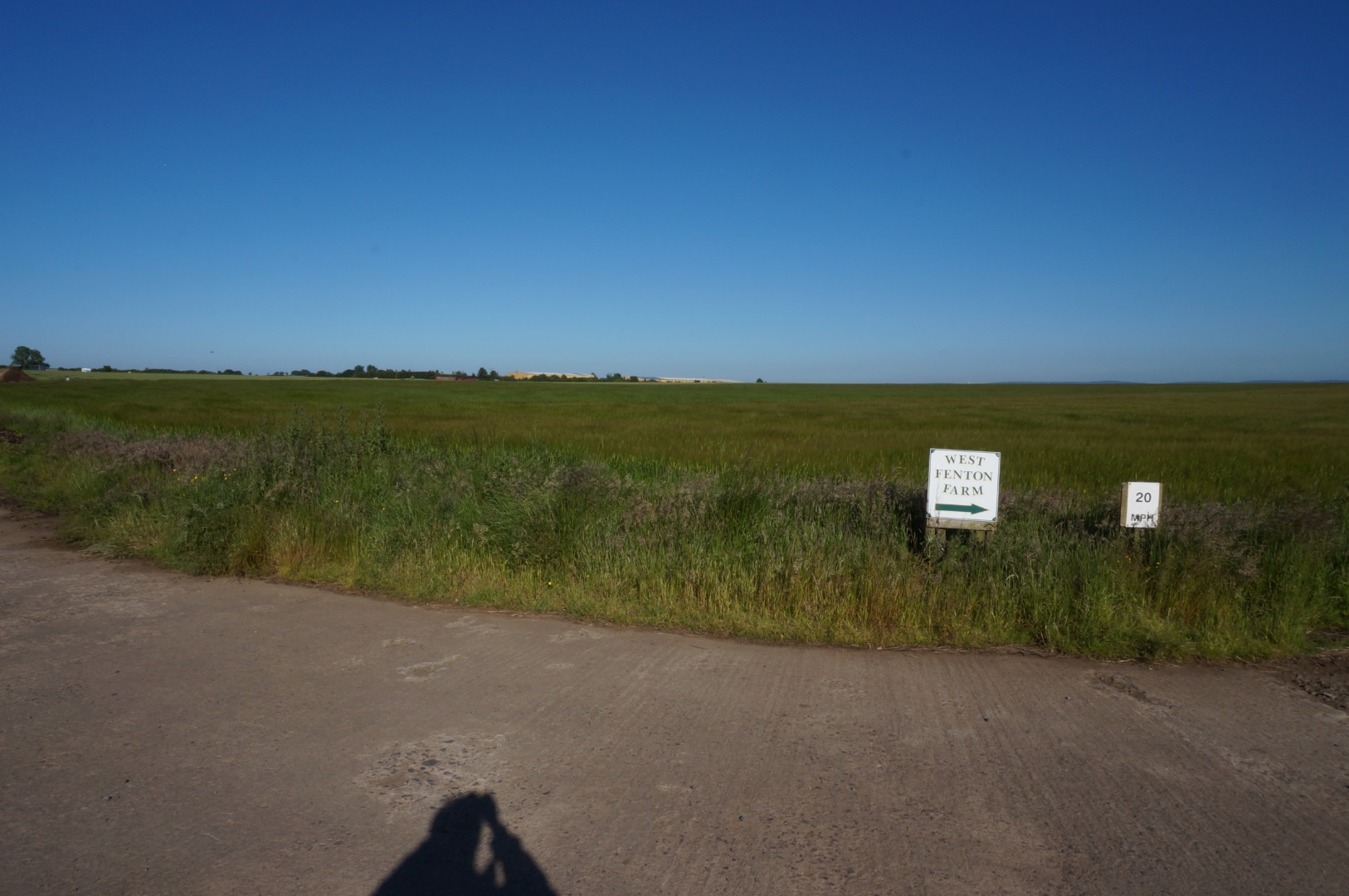 View across Drem from north side of perimeter track, 26 June 2019. 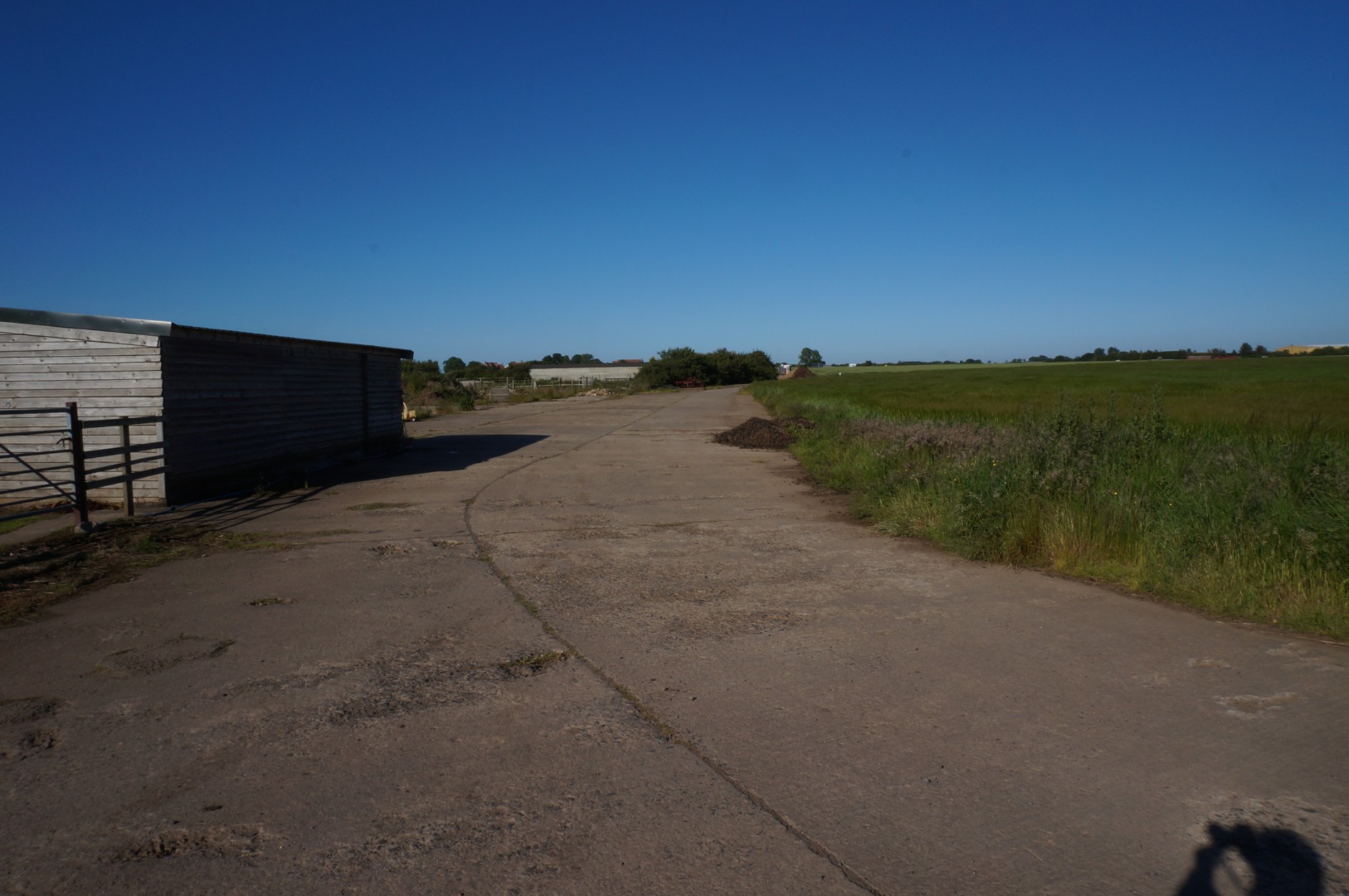 Various footage and images of Drem. Courtesy of coastkid71