Crail opened in July 1918 with No 27 Training Depot Station forming shortly after. Fighter reconnaissance aircraft types such as the Avro 504K and Royal Aircraft Factory F.E.2b were used by this unit during its relatively brief life. There were short stays at Crail for the American 120th Aero Squadron and No 104 Squadron RAF in 1918 and 1919. However, the airfield was closed later in 1919 after use for aircraft storage and the site lay dormant until the Second World War.

The Royal Navy commissioned the airfield on 1 October 1940 as HMS Jackdaw for use as a TBR (Torpedo Bomber Reconnaissance) base, using aircraft such as Fairey Albacores and Fairey Swordfish. A large number of units visited Crail for varying lengths of time including brief stays from aircraft carriers and longer durations for training. Crail’s location gave quick accessibility to the sea ranges in the Firth of Forth and Navy ships with which to train, making the airfield ideal as a base for torpedo training especially. No 770 Squadron, a Fleet Requirements Unit, was one of the units that remained at Crail for a longer period of time, from June 1941 to the beginning of 1944.

The majority of flying units left the airfield around the end of the war. No 780 Squadron was one of the last, carrying out instrument training for a few months at the end of 1946 and the beginning of 1947.

Crail immediately became HMS Bruce in 1947 after HMS Jackdaw was paid off on 28 April, being used as a training facility for boys from the age of 15. This school however only lasted for two years. The airfield was used by The Black Watch at various times in the 1950s and St Andrews University Air Squadron also operated de Havilland Canada Chipmunks from Crail until 1958. Between 1956 and 1960 the Joint Services School of Linguists (JSSL) was based at the site, teaching Russian and to a lesser degree Polish and Czech. The airfield’s closure and sale thereafter proved a protracted affair.

Crail is one of the best preserved Second World War airfields in Britain and the whole site has been listed. No First World War buildings survive but all four runways and most of the later buildings remain, including a rare gabled hangar type only seen elsewhere at Evanton, although some of these have been modified to house livestock. The Crail Thrash motorsport event is popular and brings several thousand people to the airfield when it is held. 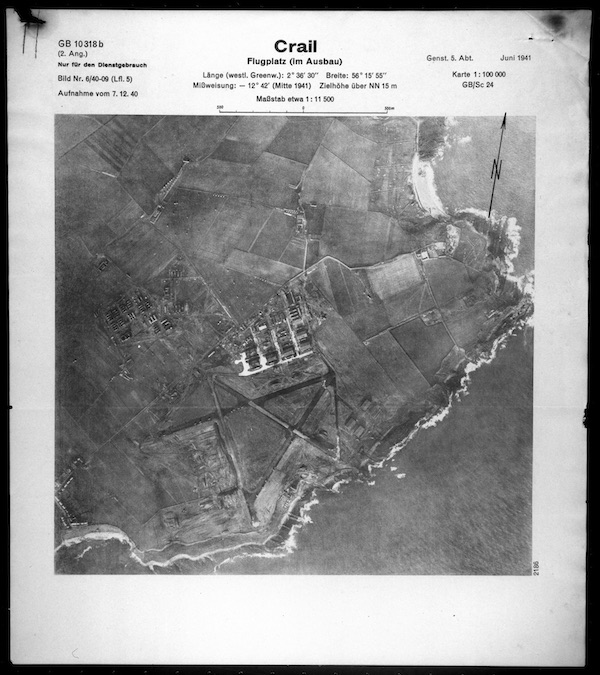 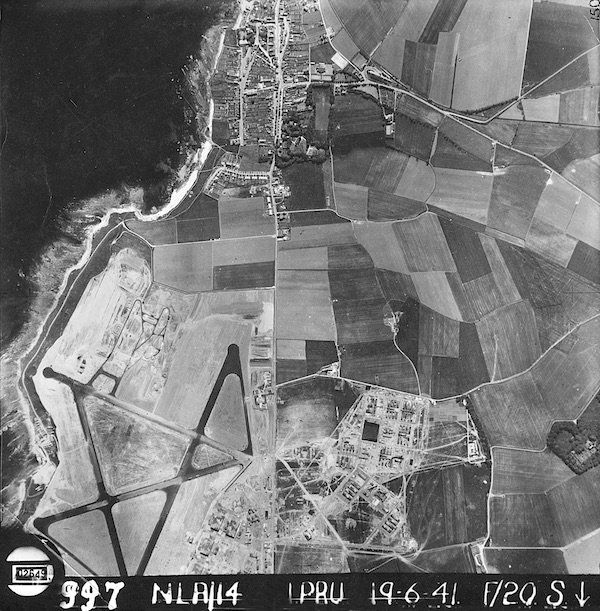 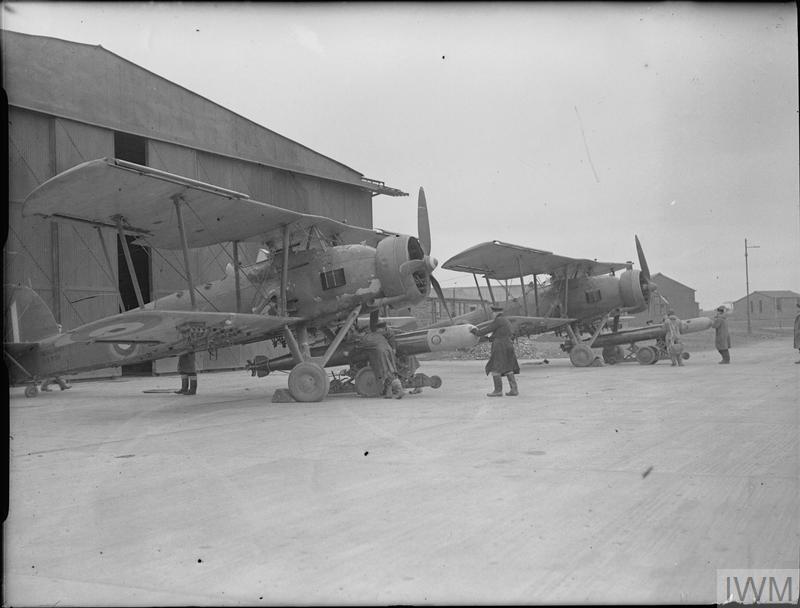 Two Fairey Swordfish aircraft at Crail during the Second World War. © IWM (A 3531) 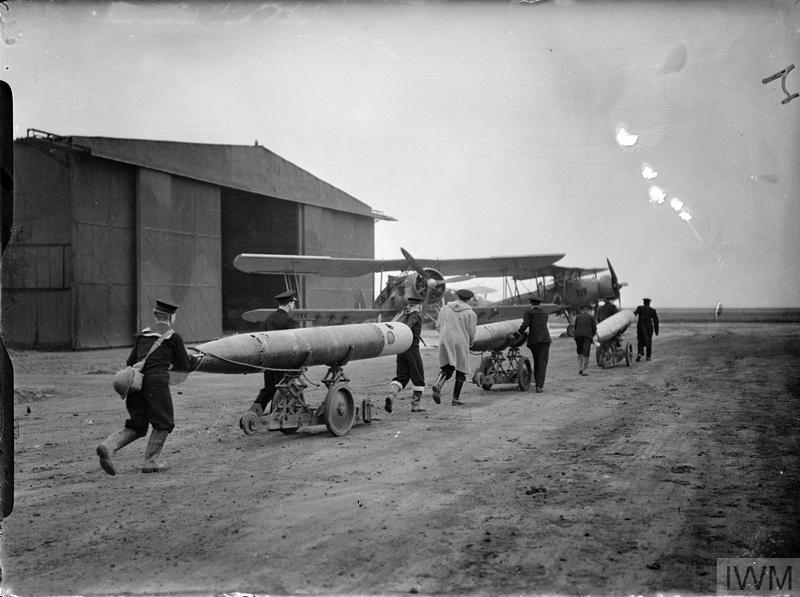 Torpedoes being wheeled towards Fairey Swordfish aircraft at Crail during the Second World War. © IWM (A 3166) 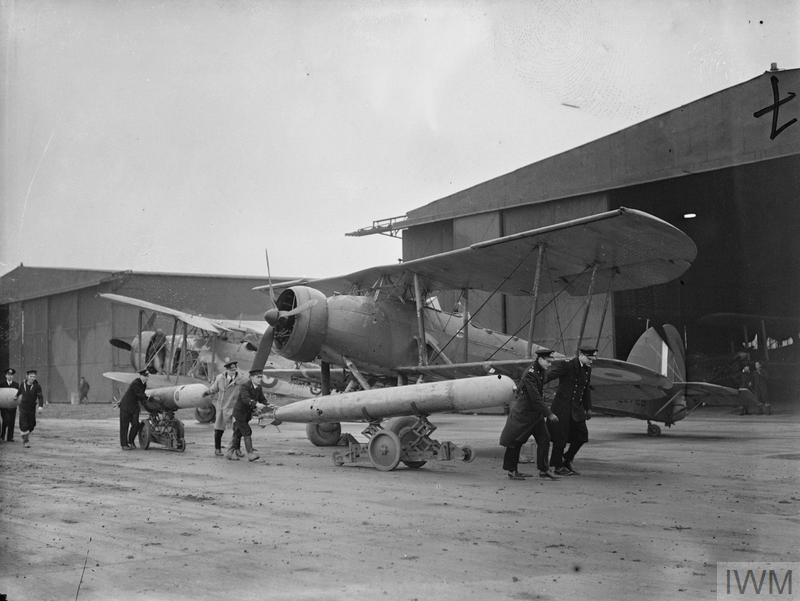 Fairey Swordfish aircraft at Crail during the Second World War. © IWM (A 3176) 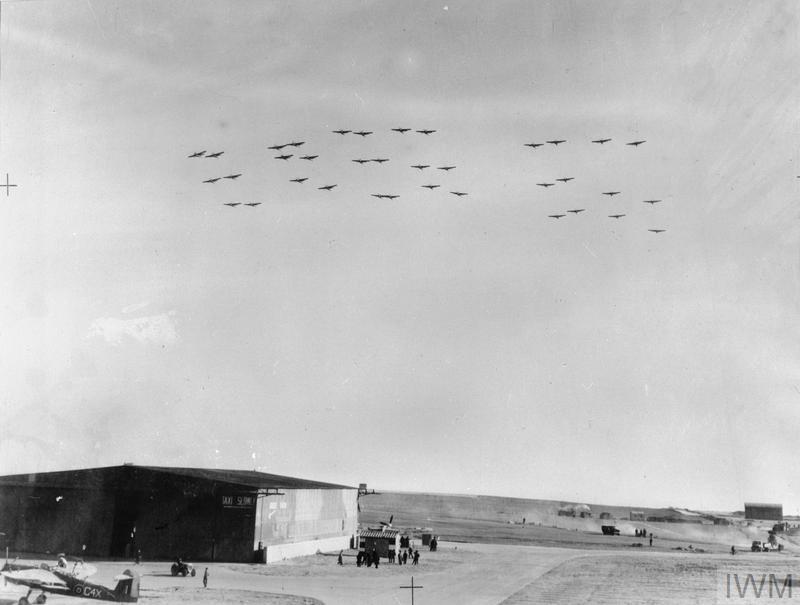 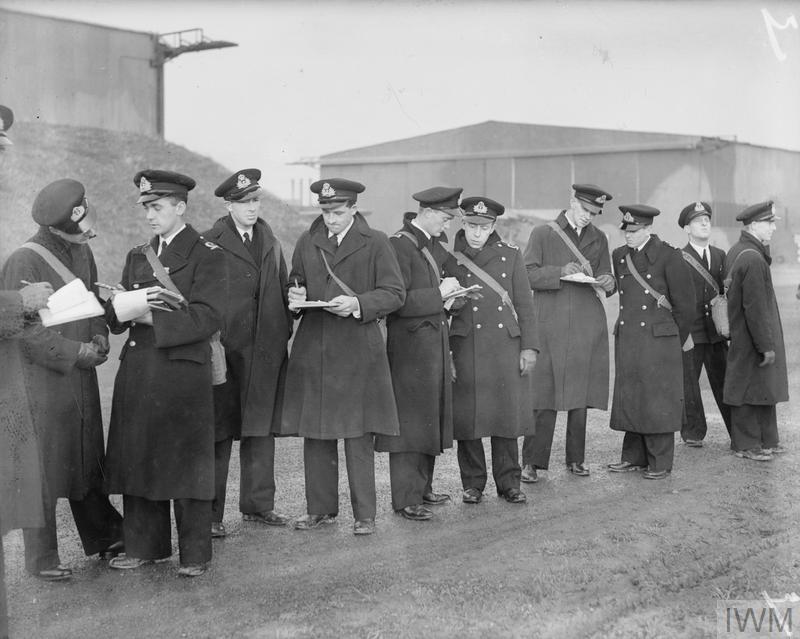 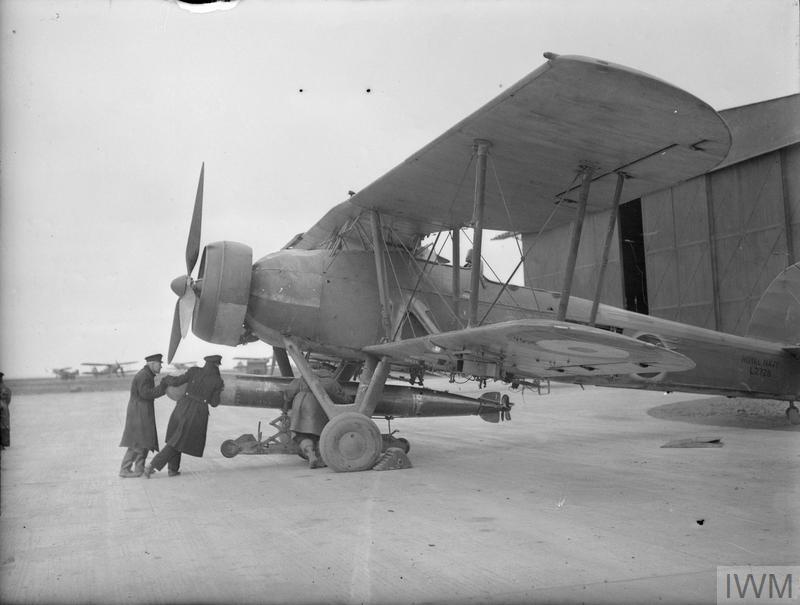 A torpedo being loaded onto a Fairey Swordfish at Crail during the Second World War. © IWM (A 3529) 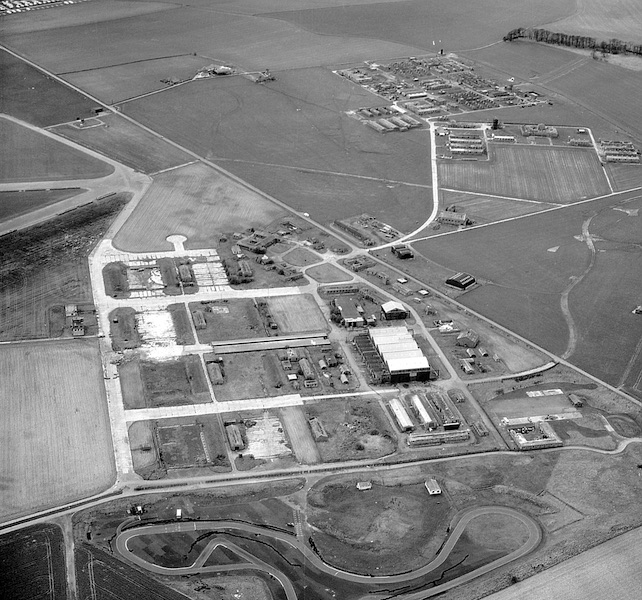 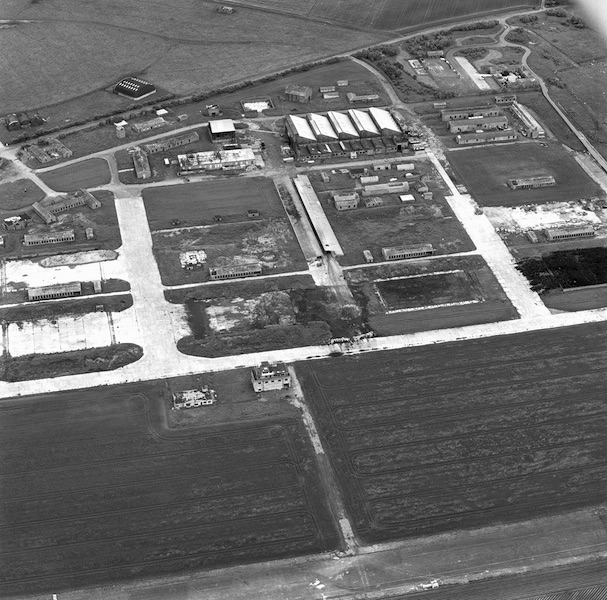 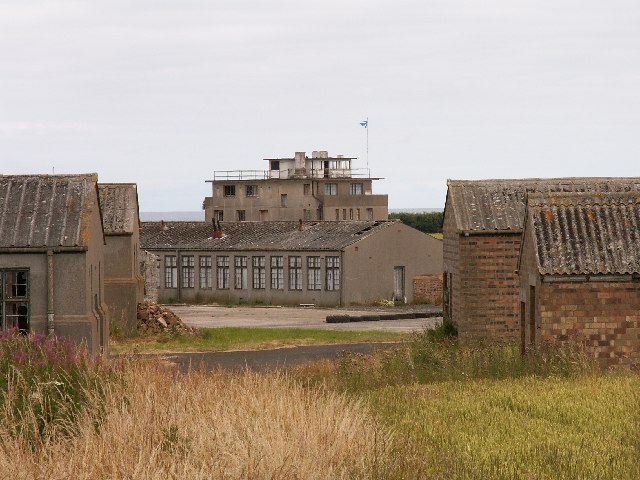 Various buildings at Crail, 23 July 2004. © Jim Bain and licensed for reuse under this Creative Commons Licence 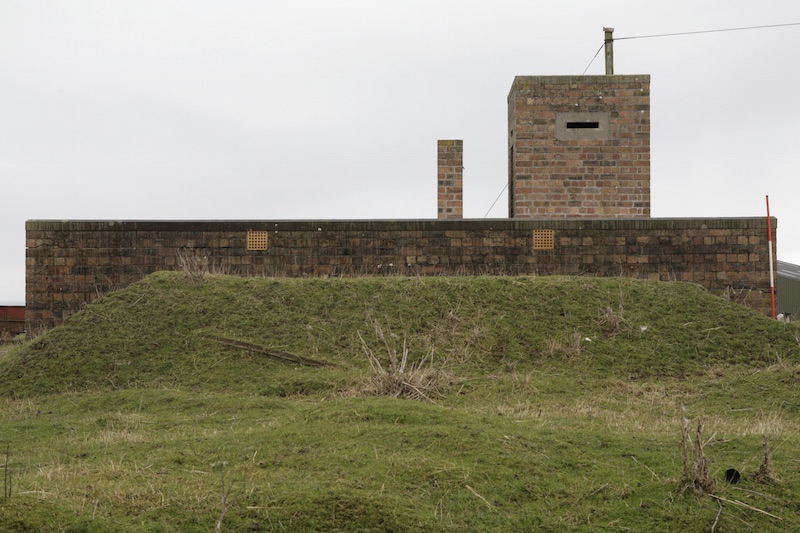 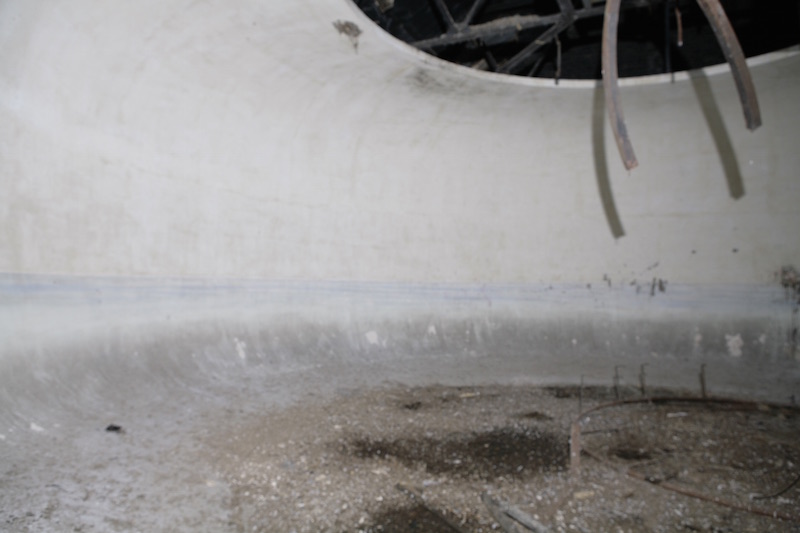 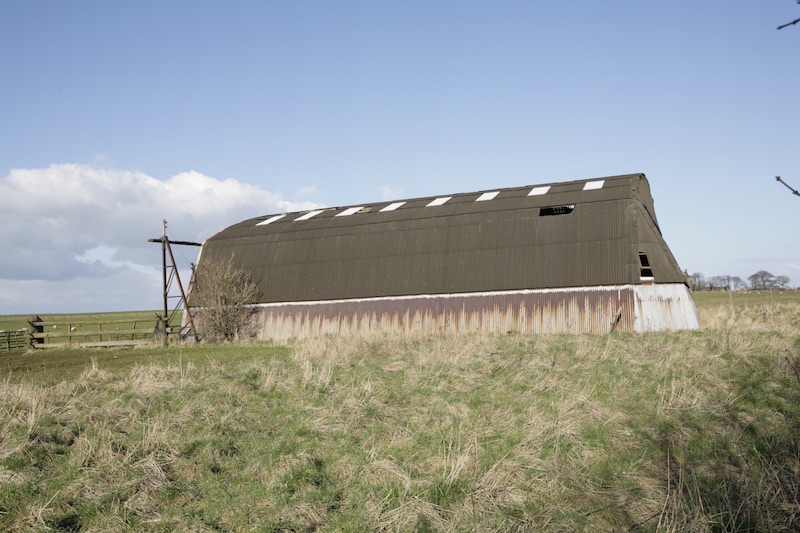 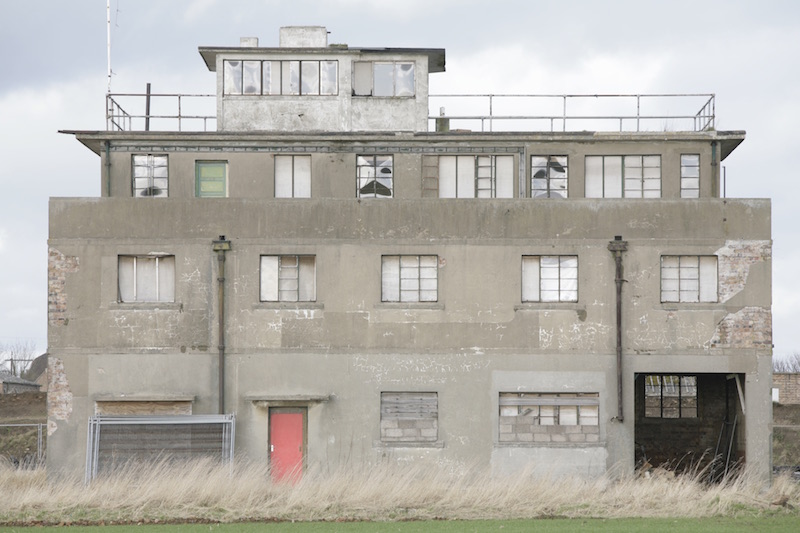 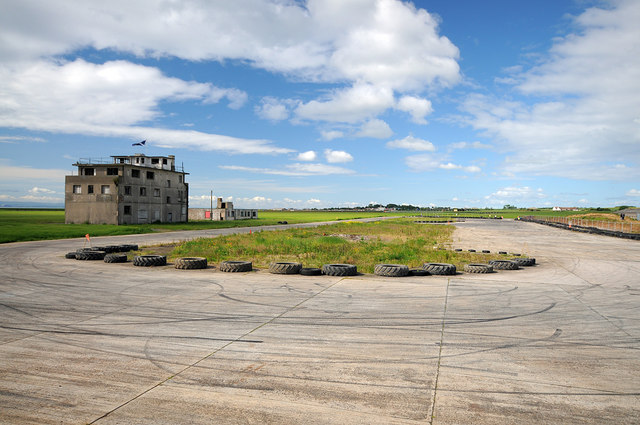 The control tower at Crail, 14 June 2008. © Copyright Steven Brown and licensed for reuse under this Creative Commons Licence 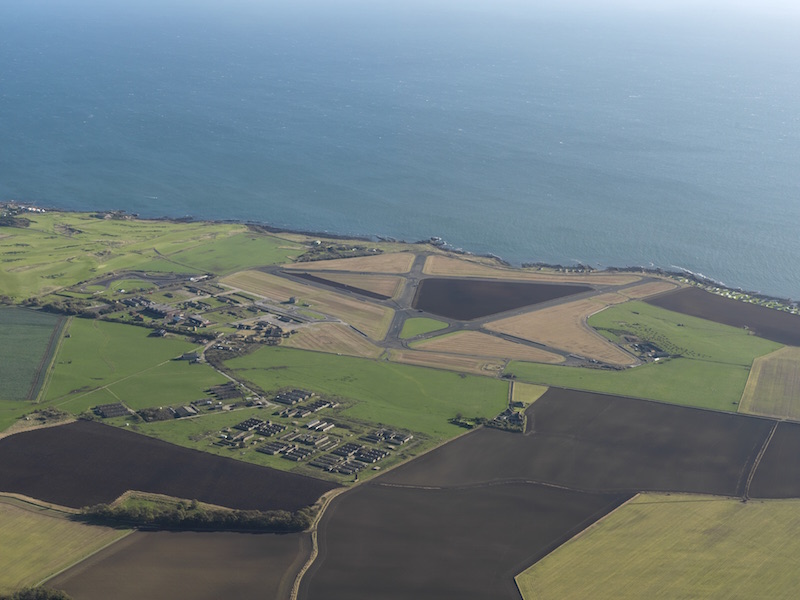 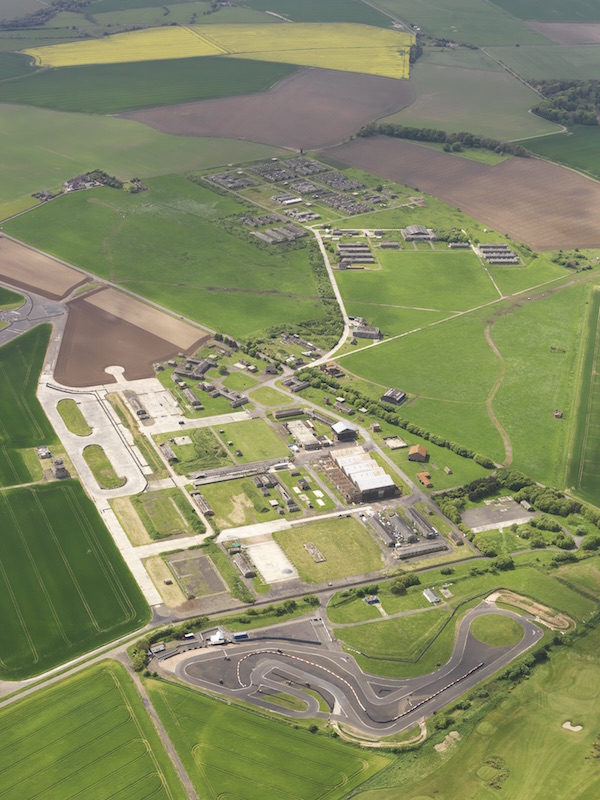 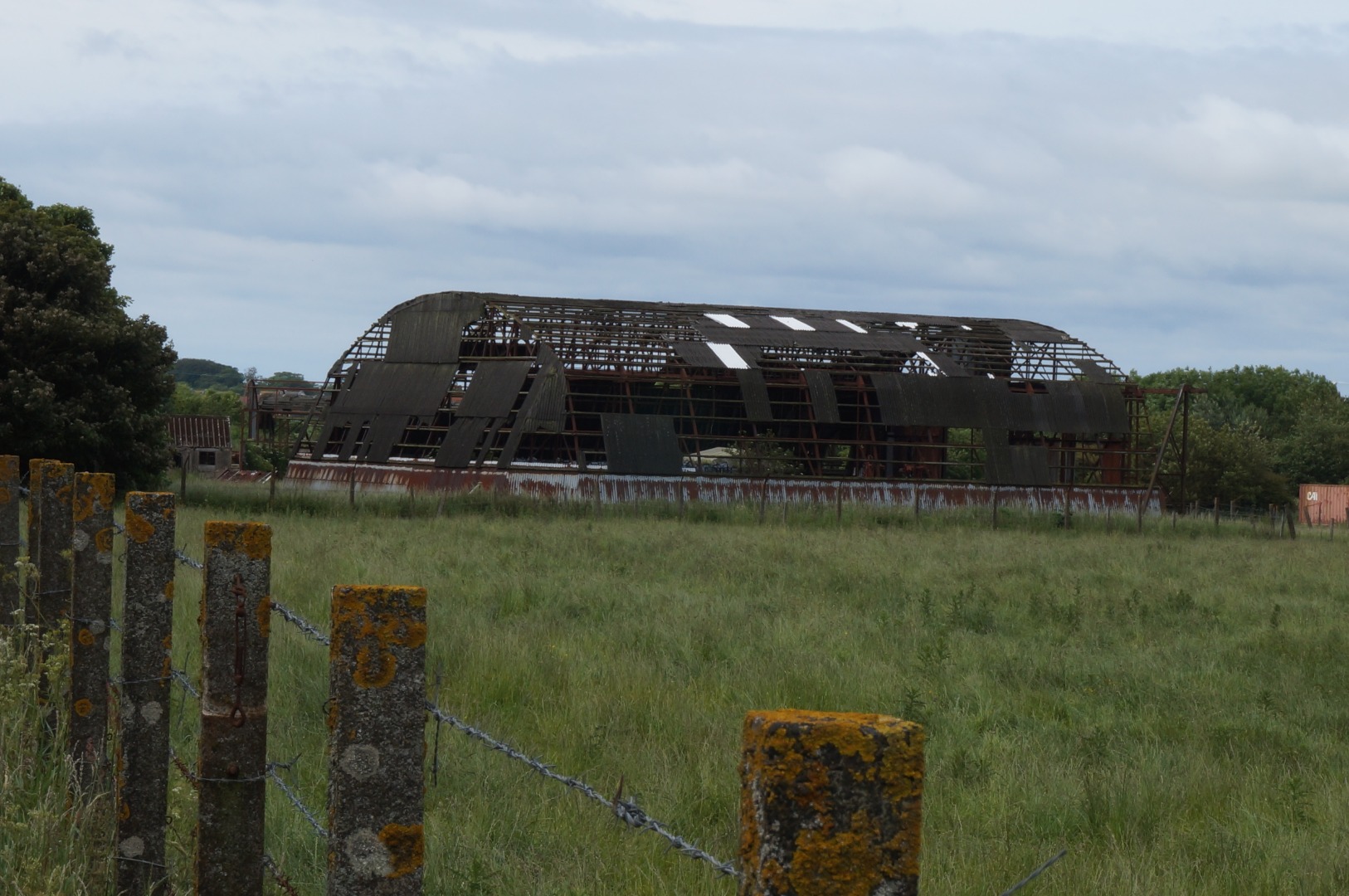 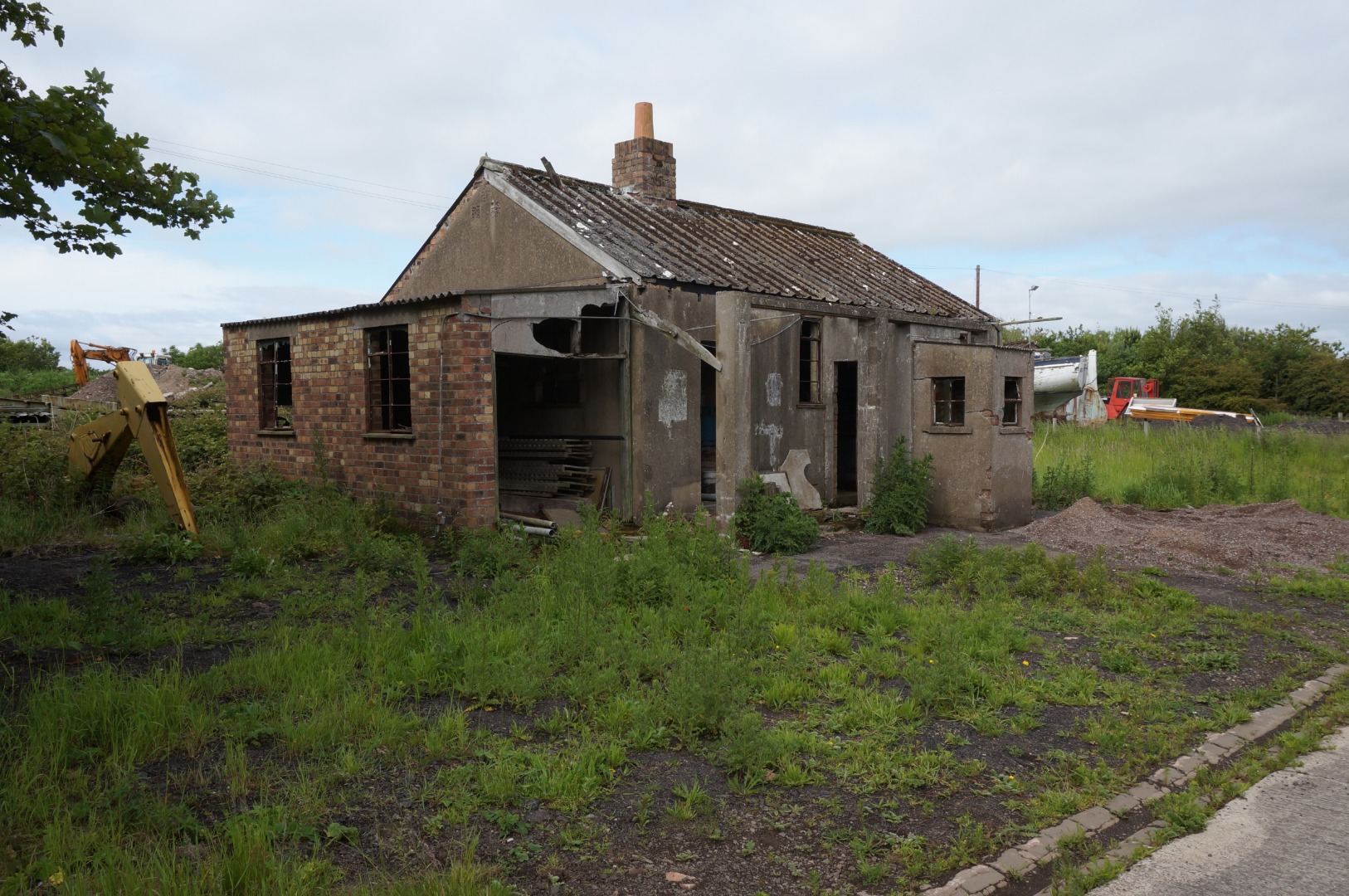 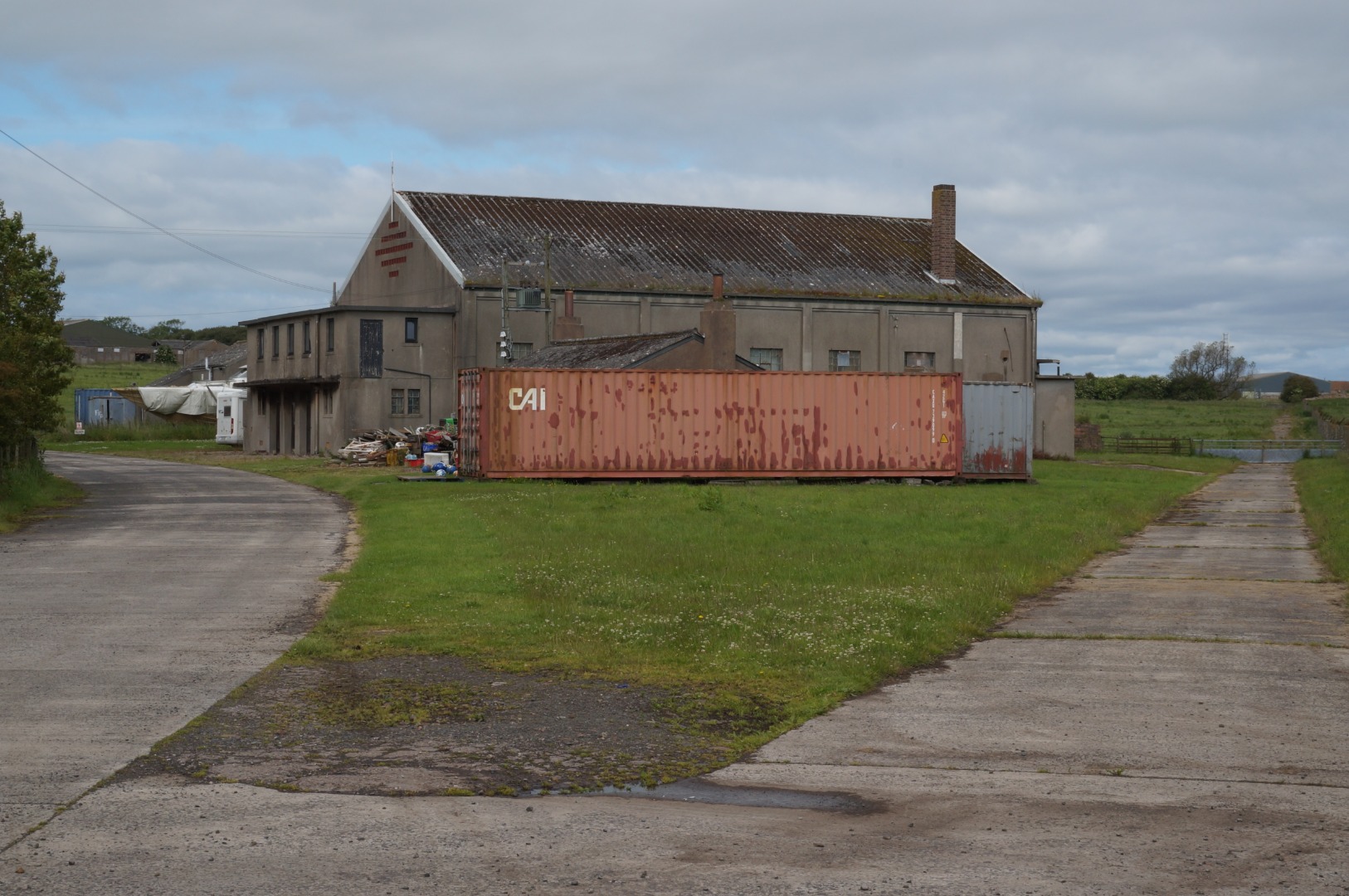 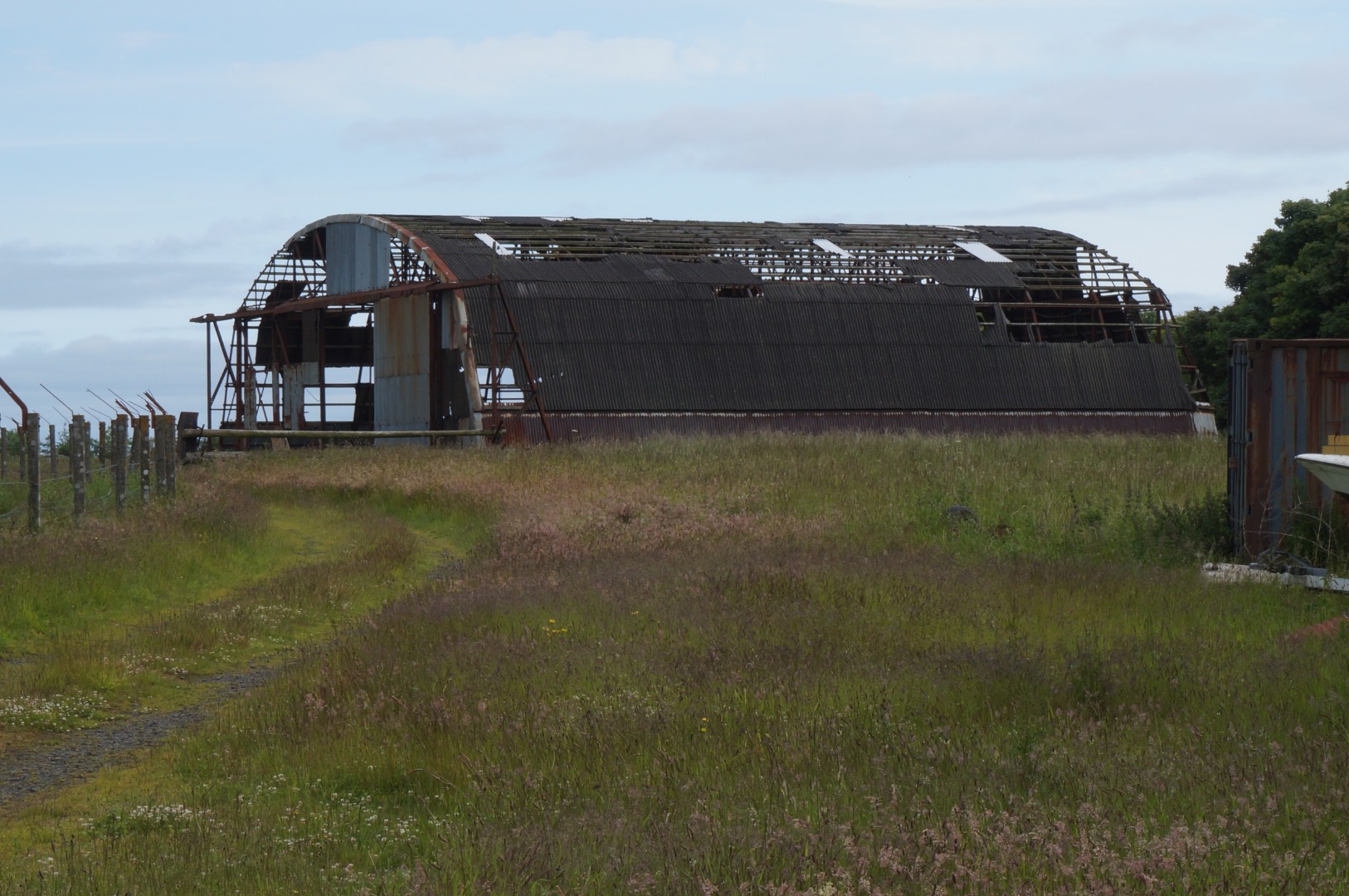 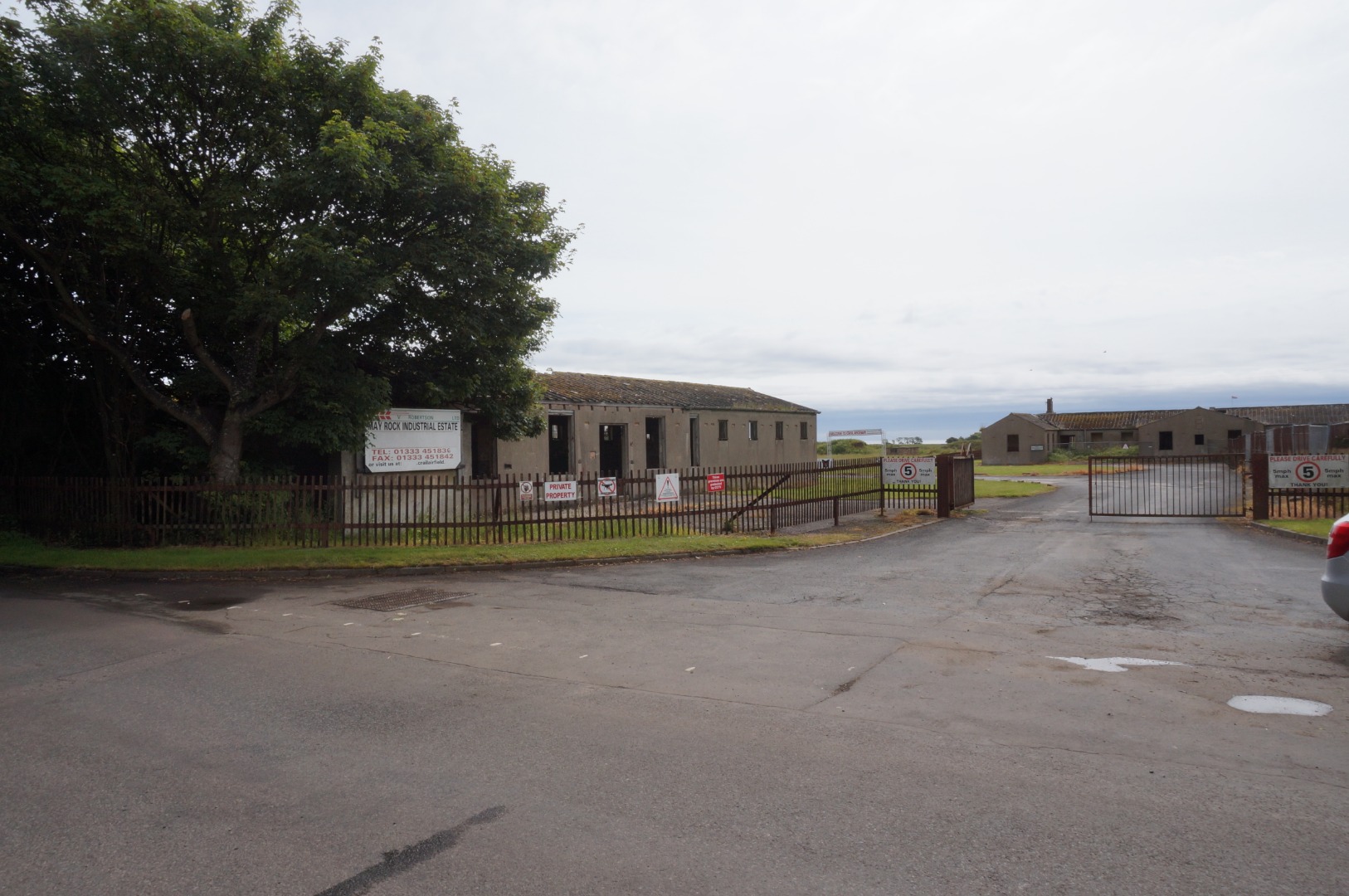 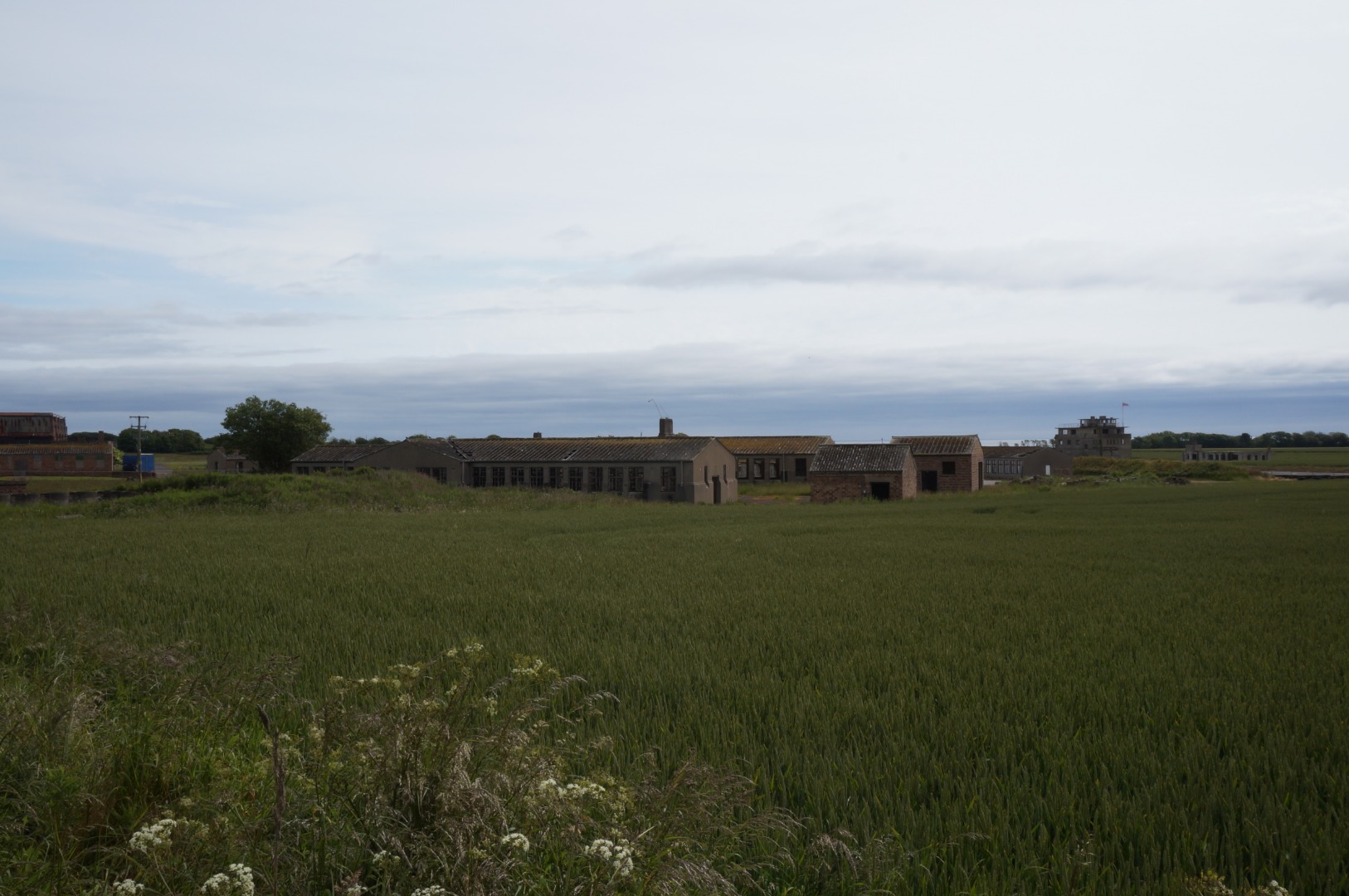 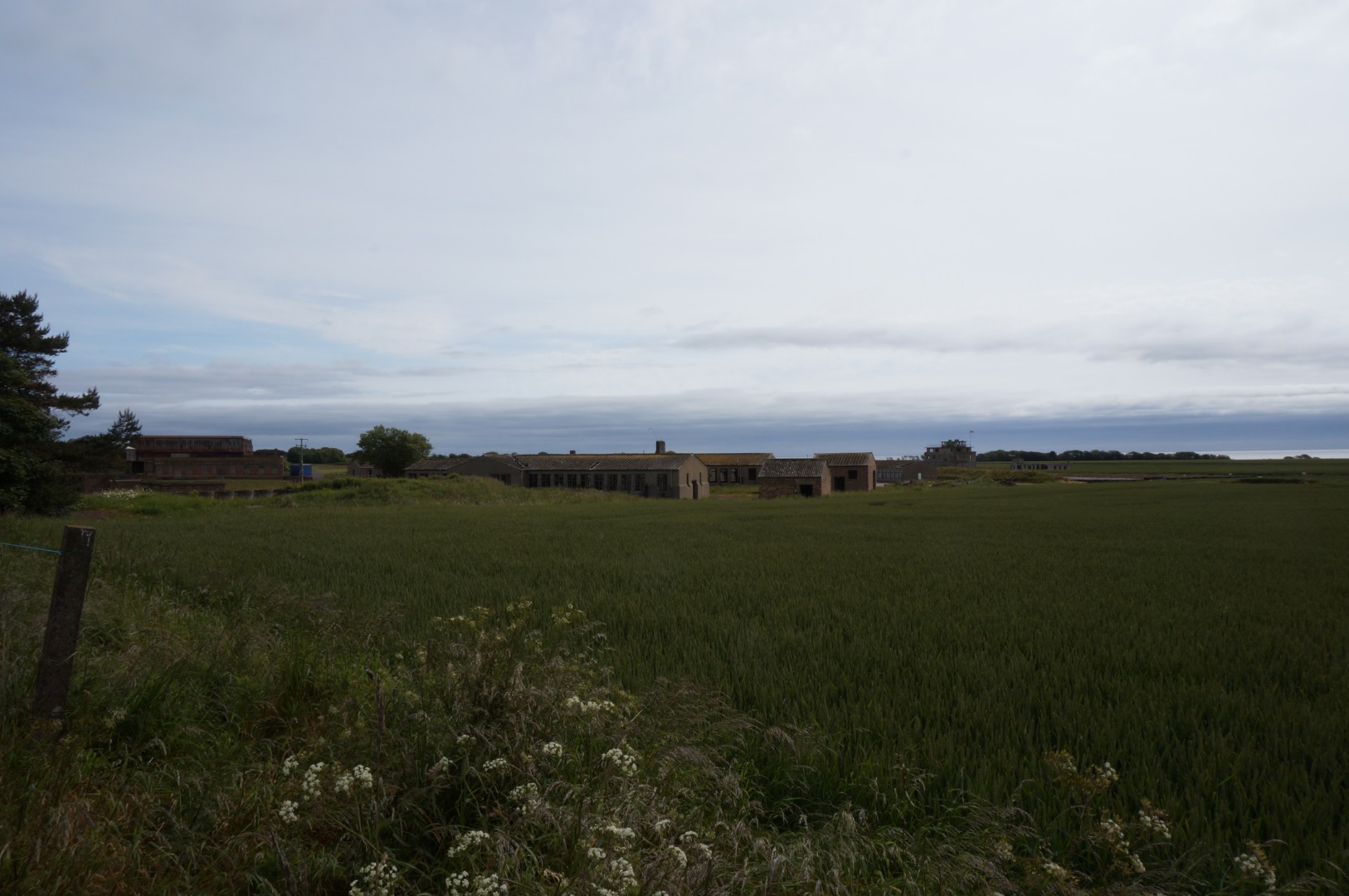 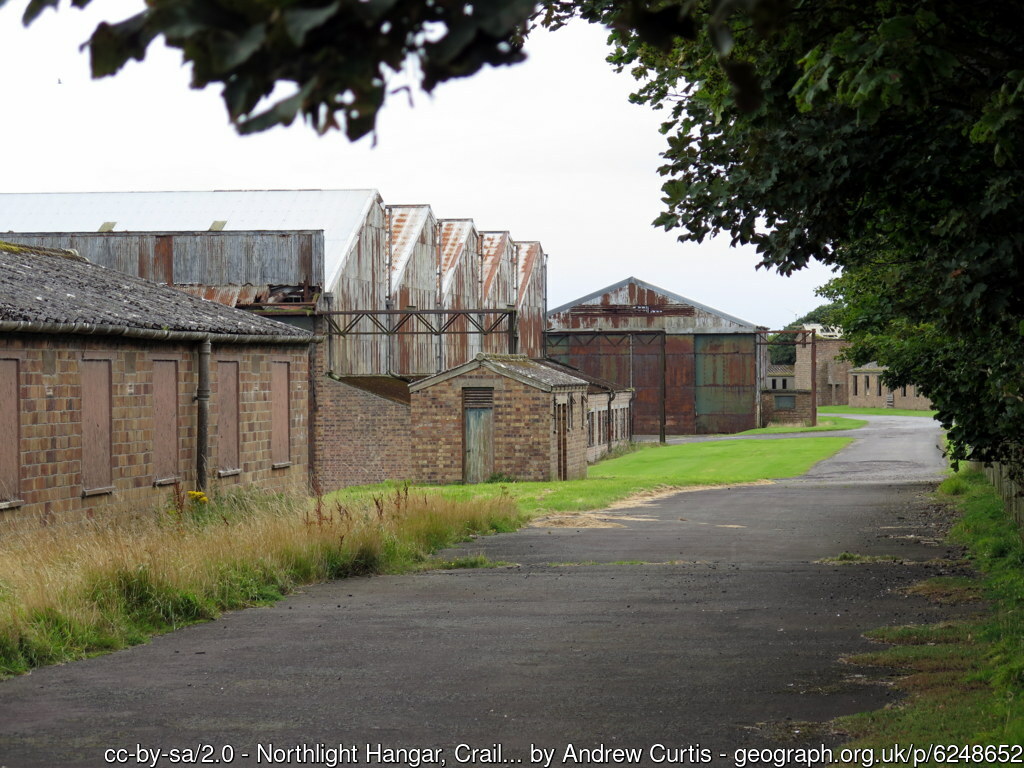 The Queen Mother at Crail, saying farewell to the Black Watch on their way to Korea, 1952. Courtesy of British Pathé

The Queen Mother reviews the Black Watch at Crail, 1954. Courtesy of British Pathé 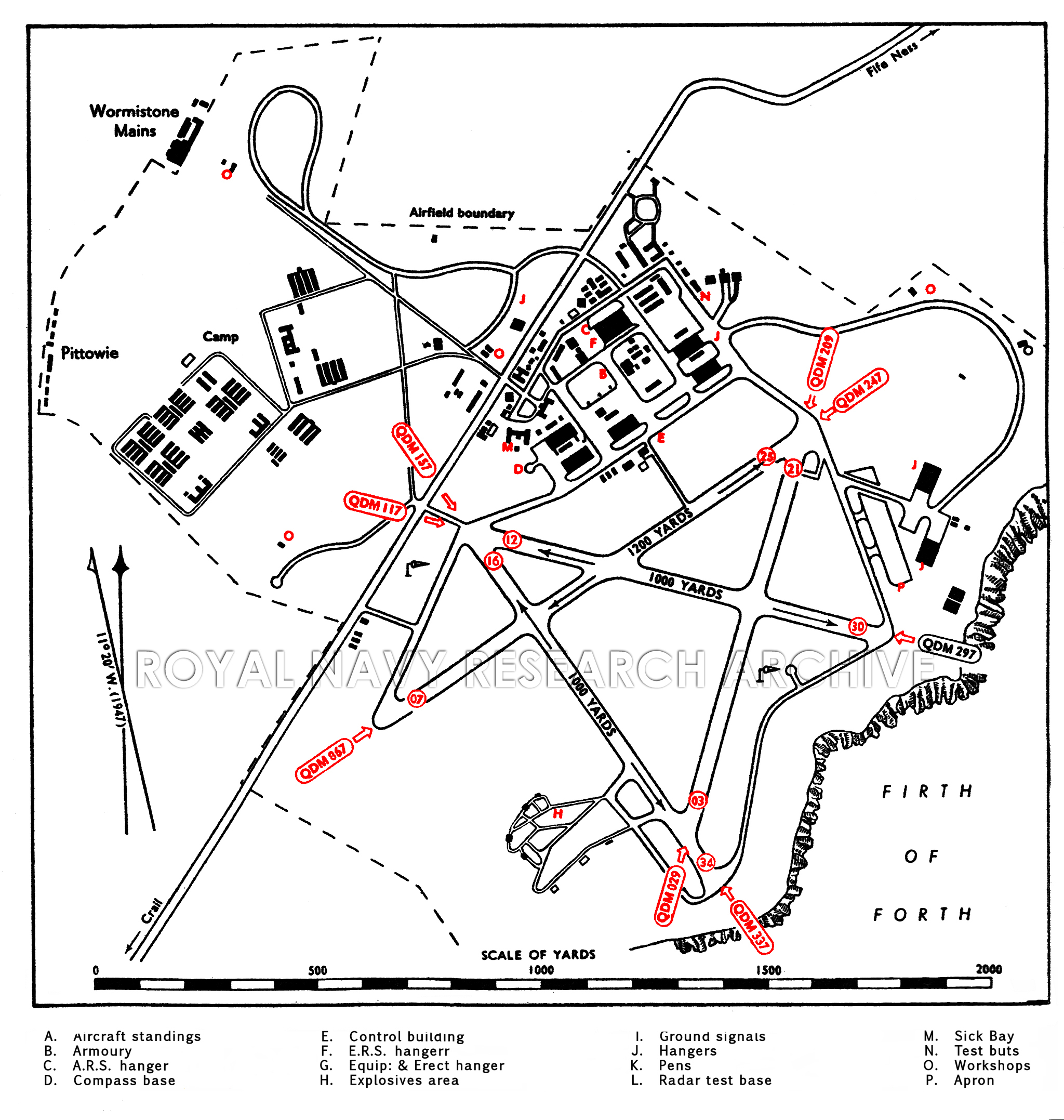