Carew Cheriton began life as RNAS Pembroke, sometimes semi-officially known as Milton, during the First World War as an airship station and opened in January 1916. Two large sheds as well as associated necessary infrastructure were built, although one of the sheds was destroyed in a fire during 1918. Airships from Pembroke carried out patrols over the Irish Sea, as a deterrent against any enemy submarine activity. From 1917 a Flight of Sopwith 1 ½ Strutters and later Airco D.H.6 biplanes of No 255 Squadron joined the airships for more anti-submarine patrols. A few Bessonneau hangars were built to accommodate the fixed wing aircraft. However, the first phase of the airfield's life came to an end in 1920, when it was decommissioned and closed.

The airfield reopened in April 1939, shortly before the Second World War and three hard runways were built by the early 1940s. It was renamed Carew Cheriton to distinguish it from flying boat base Pembroke Dock and soon became a Coastal Command station. A mixture of Avro Anson squadron detachments and even a de Havilland Tiger Moth Flight brought patrols back to the airfield, and Carew Cheriton notably allowed Dutch personnel to become part of the RAF after their country was captured. Nos 320 and 321 Squadrons arose for this purpose and stayed to the early months of 1941. The former unit converted to Ansons from their Fokker seaplanes which had been based at Pembroke Dock and eventually absorbed No 321 Squadron in January 1941. Around this period Carew Cheriton suffered several bombing attacks during World War Two, one of which killed twelve personnel on 15 April 1941.

Another significant development was the Coastal Command Tactical Development Unit forming at the airfield in October 1940 to carry out various trials using an example each of Bristol Beaufort, Lockheed Hudson and Armstrong Whitworth Whitley aircraft. These trials led to developments in Air-Surface-Vessel (ASV) radar as well as parachute lights and Leigh Lights used to aid bomb and depth charge attacks on enemy vessels.

What was now known as the Coastal Command Development Unit, the ‘Tactical’ part of the name having been dropped soon after forming, left at the end of 1941 and Carew Cheriton was transferred to Flying Training Command in the summer of 1942. The airfield very swiftly moved on to Technical Training Command in October of the same year. Carew Cheriton then became home to No 10 Radio School, operating aircraft such as the Avro Anson, Airspeed Oxford and Percival Proctor. This unit disbanded on 24 November 1945 and the airfield closed not too long afterwards on 1 May 1946. Brief limited flying returned during 1952-53 when Pembroke Dock’s Station Flight was based here.

As of 2016, the unusual Second World War control tower is one of the only buildings that survive and this is now the Carew Cheriton Control Tower Museum. Large areas of the three runways, perimeter track and hardstanding do however remain. The airfield is now used for purposes such as agriculture, a Sunday Market, go-karting, and a caravan park. Sadly most of the other buildings were demolished in the first half of the 1960s. 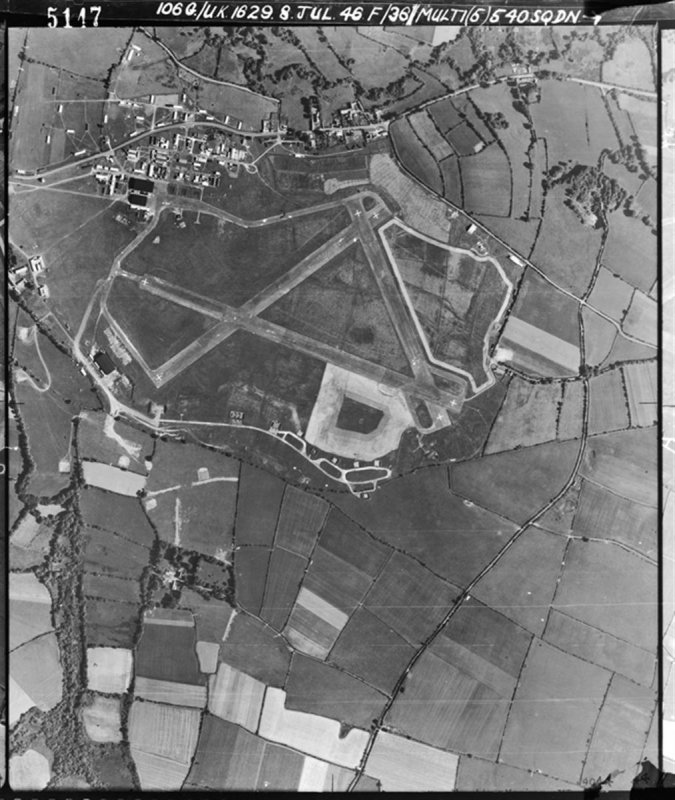 Aerial view of Carew Cheriton Airfield, 1946. From the collections of the National Monuments Record of Wales: © Crown copyright: MoD. 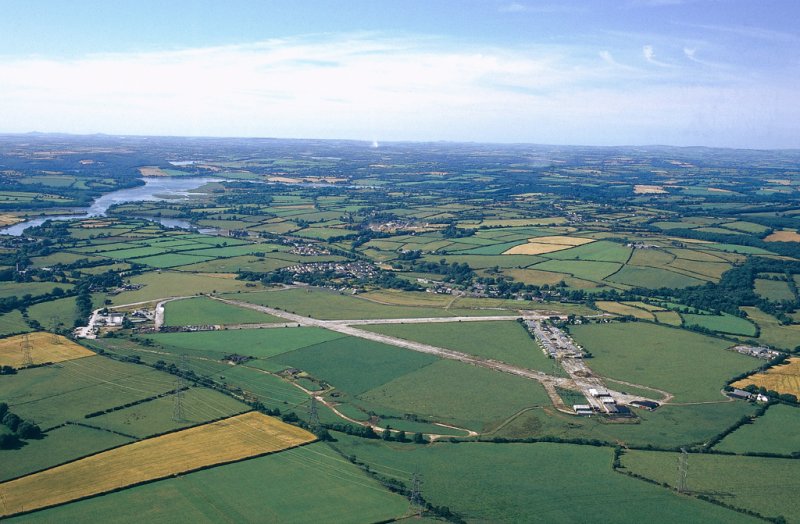 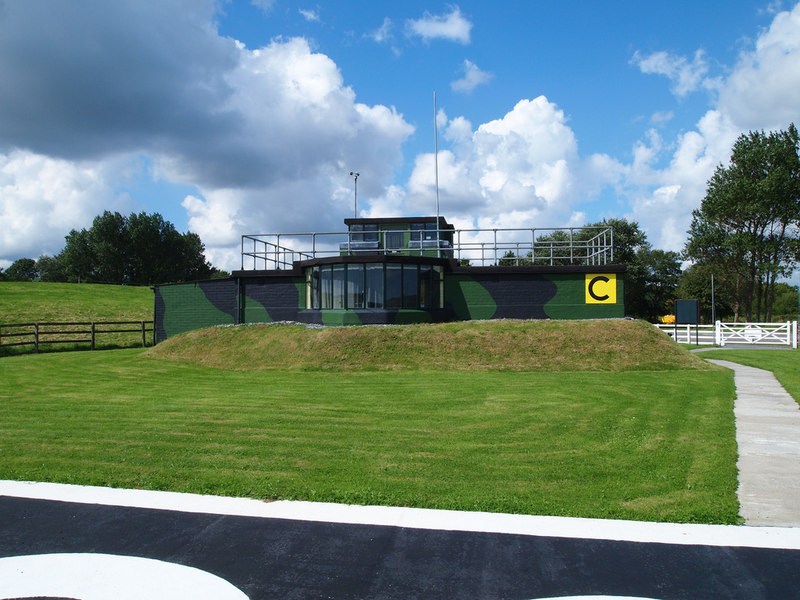 Carew Cheriton Control Tower which has now been restored and is open to visitors, 27 August 2010. © Scott Lewis and licensed for reuse under this Creative Commons Licence 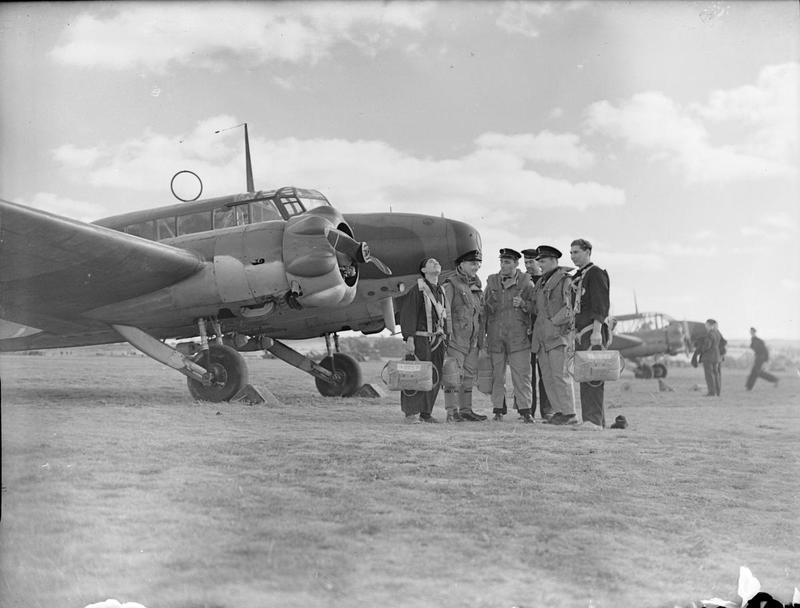 Aircrew of No 321 (Dutch) Squadron gather in front of their Avro Ansons at Carew Cheriton during the Second World War. © IWM (CH 1338) 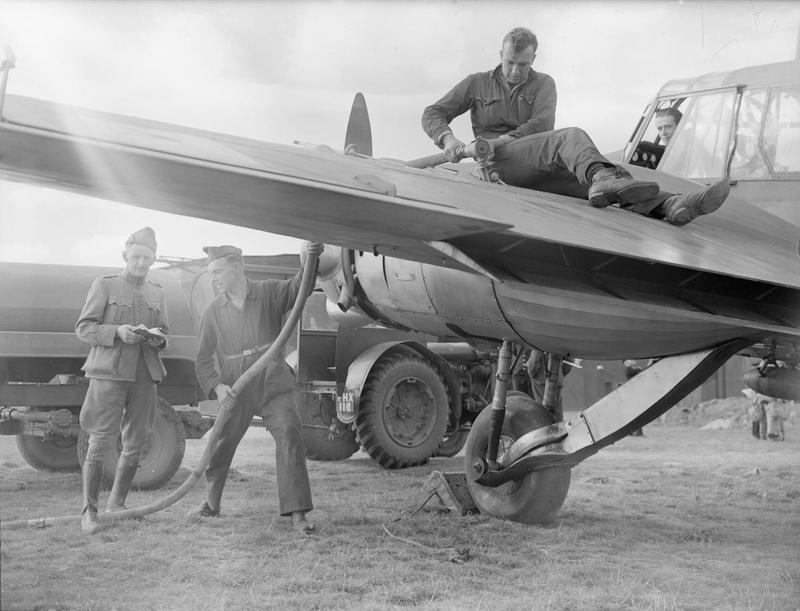 An Avro Anson of No 321 (Dutch) Squadron being refuelled at Carew Cheriton during the Second World War. © IWM (CH 1337) 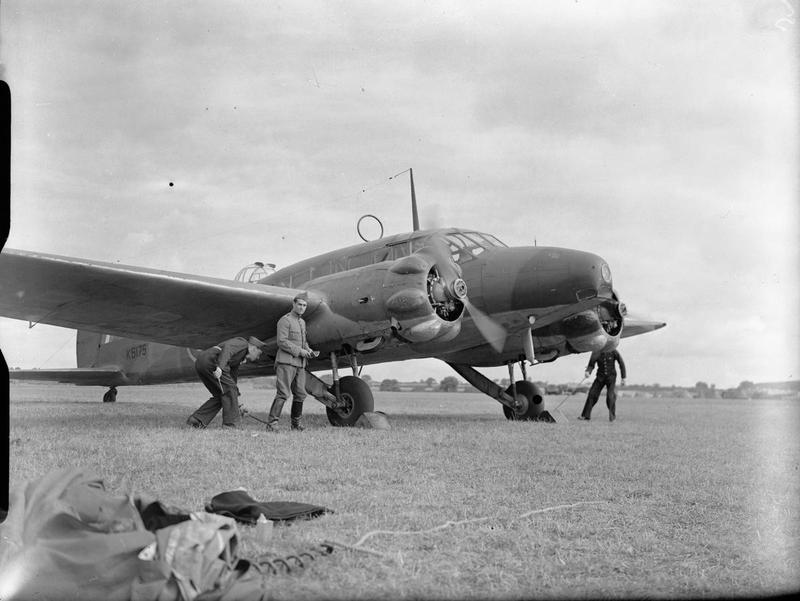 The wheel chocks are removed from an Avro Anson Mark of No 320 (Dutch) Squadron before taking off on a patrol from Carew Cheriton during the Second World War. © IWM (CH 1079) 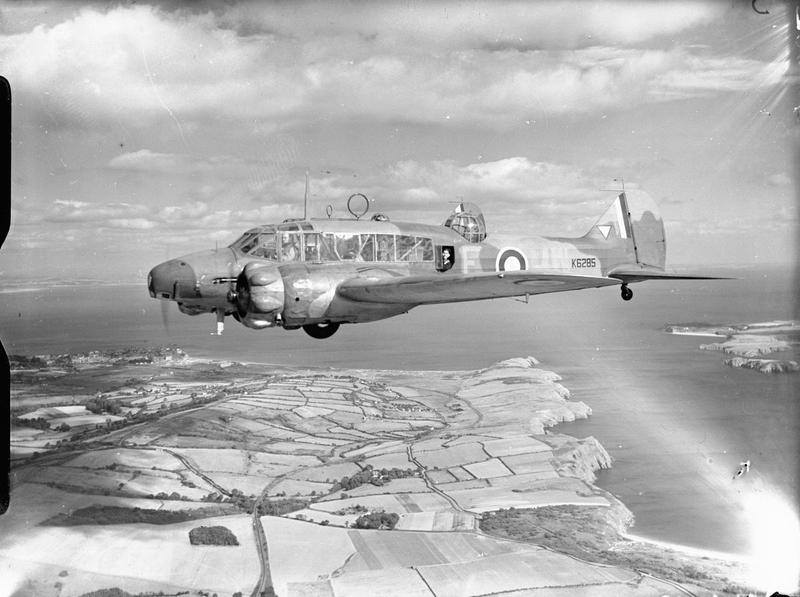 An Avro Anson of No 321 (Dutch) Squadron based at Carew Cheriton in flight north-west of Tenby during the Second World War. © IWM (C 2117) 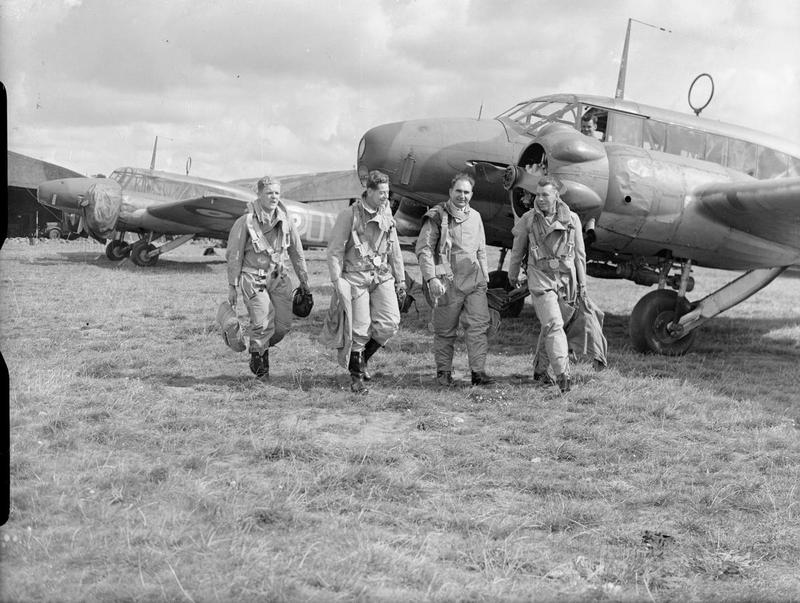 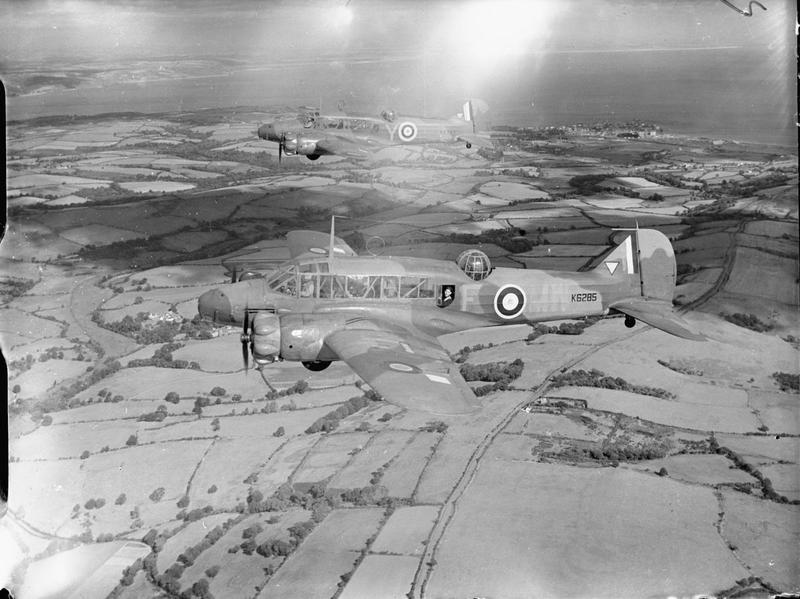 Two Avro Ansons of No 321 (Dutch) Squadron based at Carew Cheriton, flying north-west of Tenby during the Second World War. © IWM (C 2119) 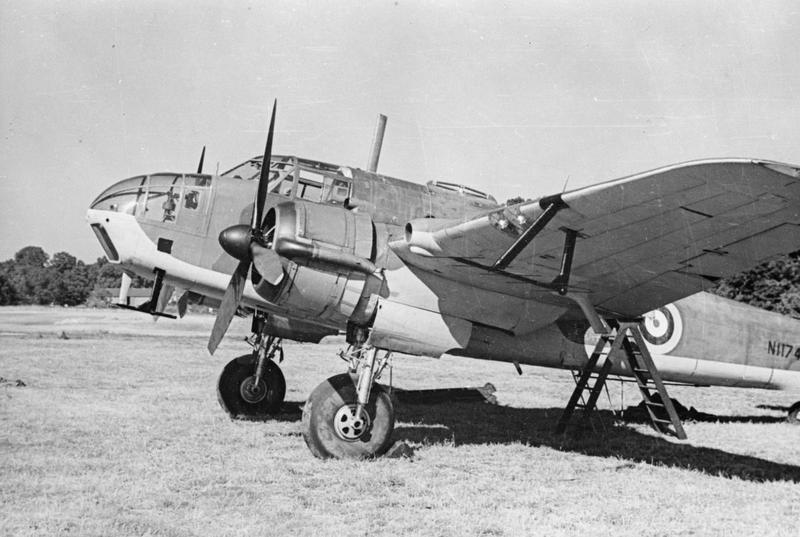 A Bristol Beaufort of the Coastal Command Development Unit based at Carew Cheriton, fitted with an early ASV (air-to-surface vessel) Mark II radar, while undergoing trials during the Second World War. © IWM (CH 15217) 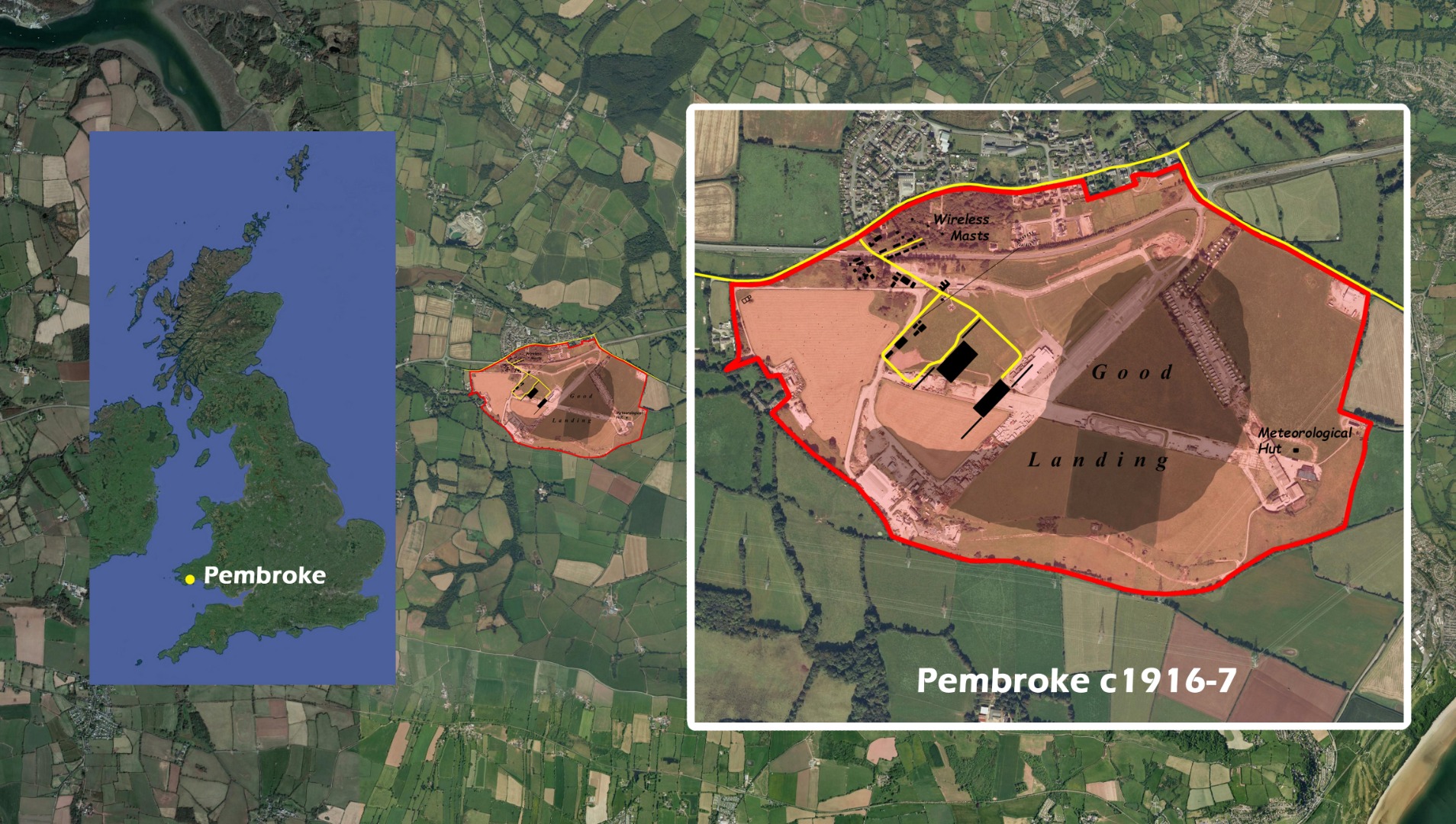 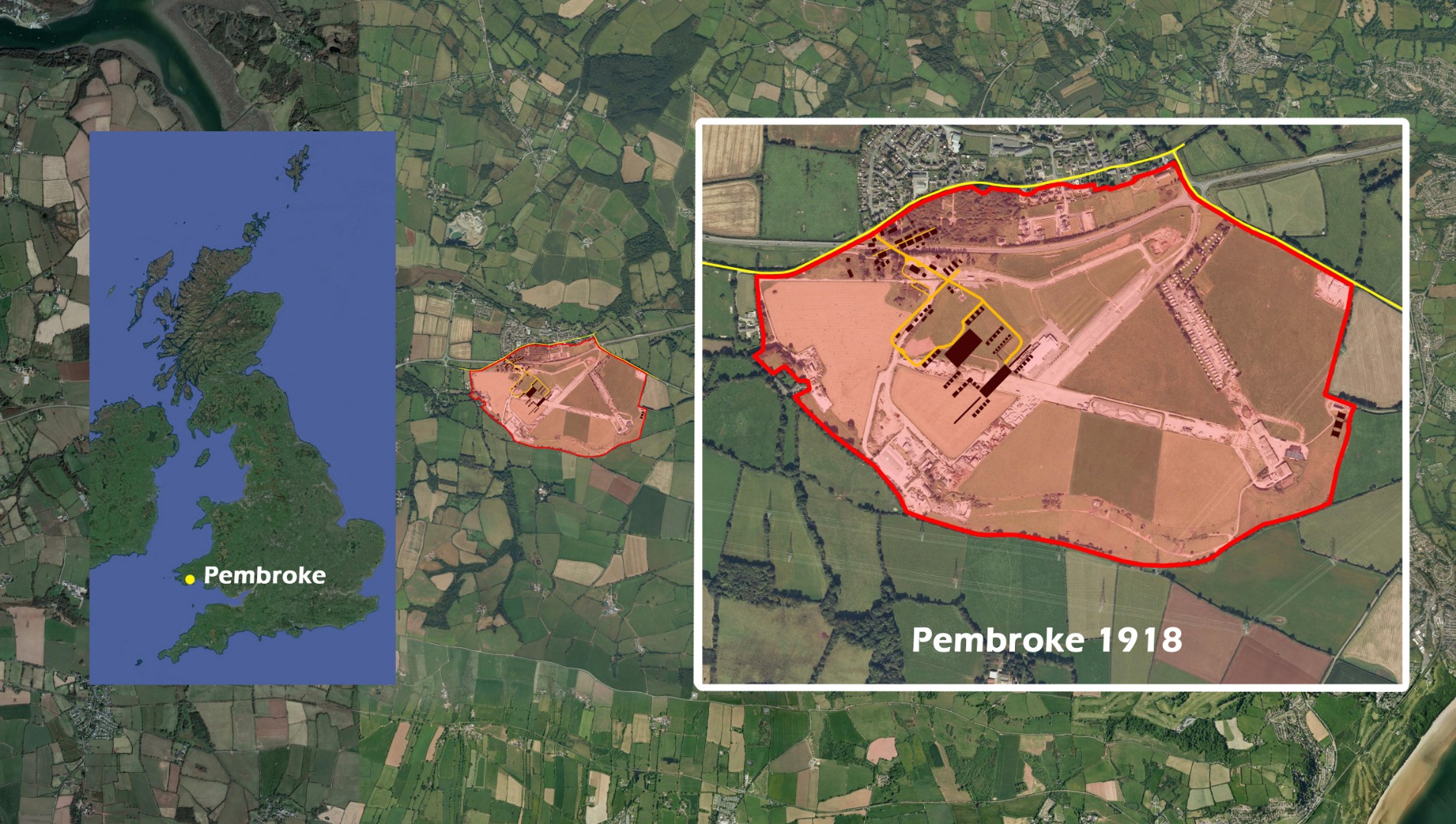