Various fighter types of No 51 Squadron initially had Bedfield available to them as a Home Defence landing ground during World War One. Control switched in September 1917 to No 75 Squadron for its Royal Aircraft Factory BE2 and BE12 variants fighters to be able to use this site until the summer of 1918. Thereafter a mixture of especially Avro 504Ks and Bristol F2bs equipped the unit and remained in service after the end of fighting.

Photographs of the plaque at Bedfield: 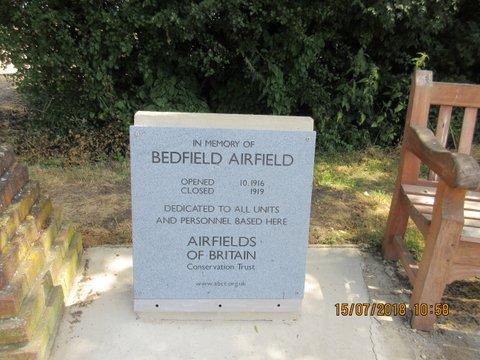 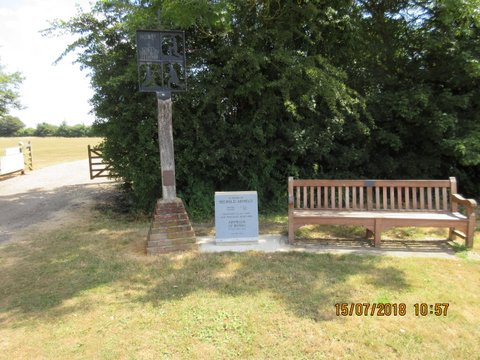