The most important airfield on Northern Ireland’s Ards Peninsula, Ballyhalbert served as a major fighter airfield during World War Two. First of a number of RAF squadrons to be present from the summer of 1941 was No 245 with Hawker Hurricanes in order to mount defensive patrols. Subsequent units notably included No 504 Squadron, which stayed both here and at the satellite airfield of Kirkistown with more Hurricanes and later Supermarine Spitfires between August 1941 and October 1942, plus the Spitfires of No 501 Squadron which then remained until going to Westhampnett in April 1943.

Ballyhalbert proved to be one of these more quietly effective but still steadily busy airfields during its RAF career. Apart from day fighter elements carrying out necessary shipping escort patrols, there was a significant night fighter presence here too in order to help protect Northern Ireland. No 153 Squadron reformed at the airfield on 24 October 1941 to fly Boulton Paul Defiants, before switching to Bristol Beaufighters that became operational in May 1942. Their unit left for North Africa the following December but retained a detachment at Ballyhalbert into January 1943.

The Fighter Command commitment at this airfield had to all intents finished by the spring of 1944 with the Spitfires of No 303 Squadron moving to Horne, but this did not leave Ballyhalbert idle. Fleet Air Arm fighter squadrons using especially Supermarine Seafires had already begun to visit, while two RAF Flights held on in place towards the end of World War Two for meteorological reconnaissance and target towing duties. Eventually the airfield officially became a Royal Navy base in July 1945 but no sooner had what was now alternatively known as HMS Corncrake appeared than it was quickly paid off on 13 November of that year. A return to the RAF on 15 January 1946 brought no more flying activity and Ballyhalbert quickly closed, being transferred to the Northern Ireland Government for storage duties. Ejector seat maker Martin-Baker later on in the 1950s briefly considered acquiring the site until deciding to purchase Langford Lodge instead.

Today much of the airfield has disappeared under an ever expanding park homes and caravan site. Sections of the three runways still do survive for the time being, as does the control tower in a rather precarious state.

The following organisations are either based at, use and/or have at least potentially significant connections with the airfield (as at 01/10/2019):

Photographs and video from the memorial unveiling at Ballyhalbert, 27th October 2019: 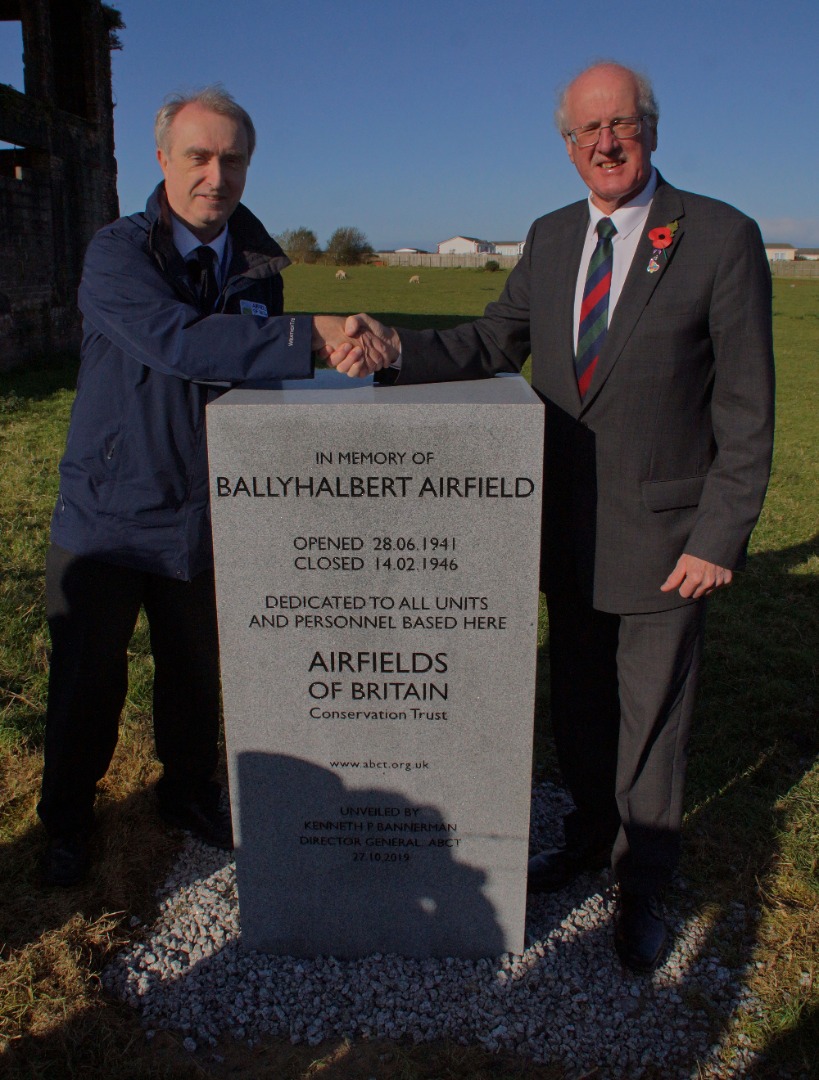 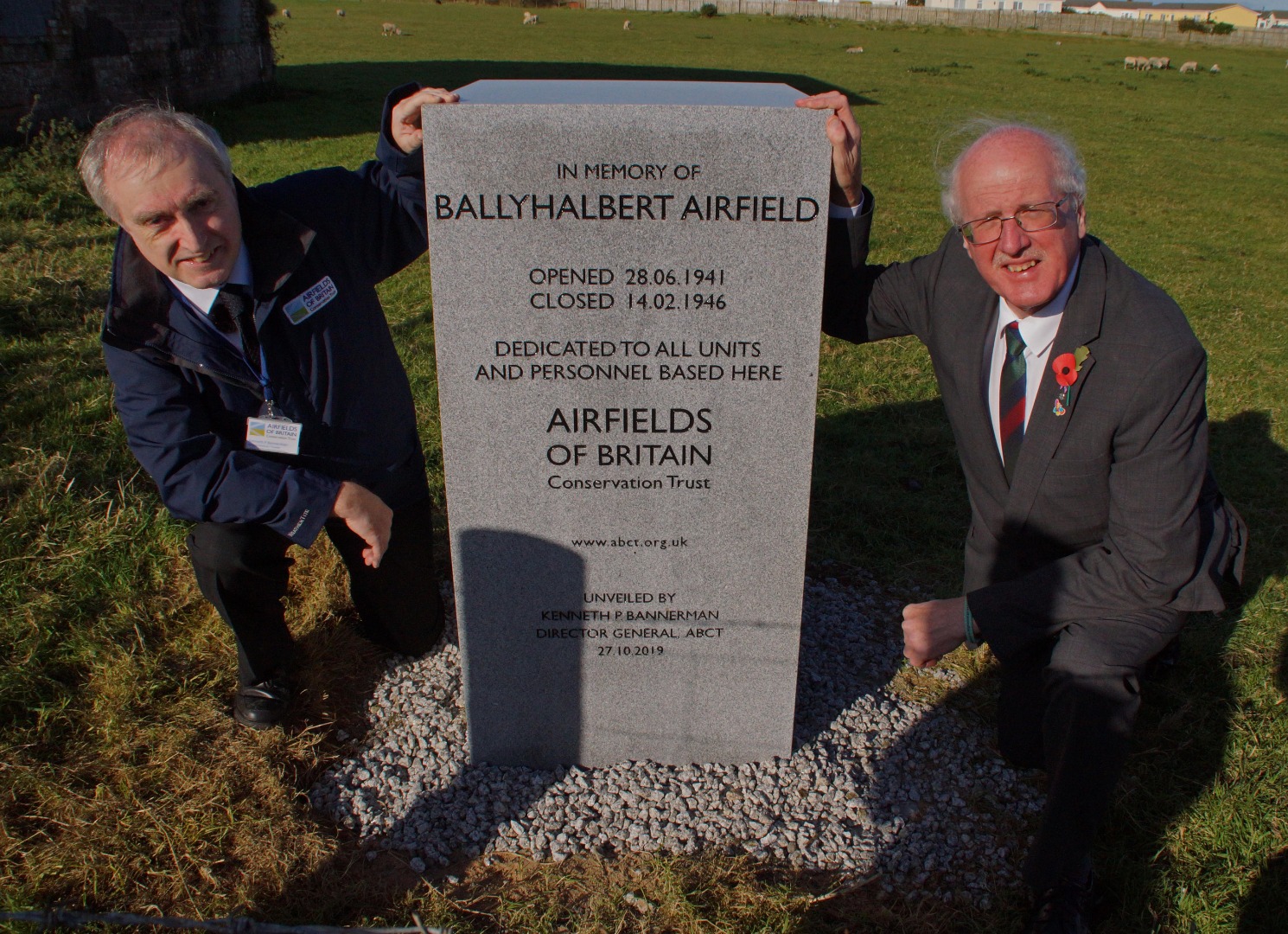 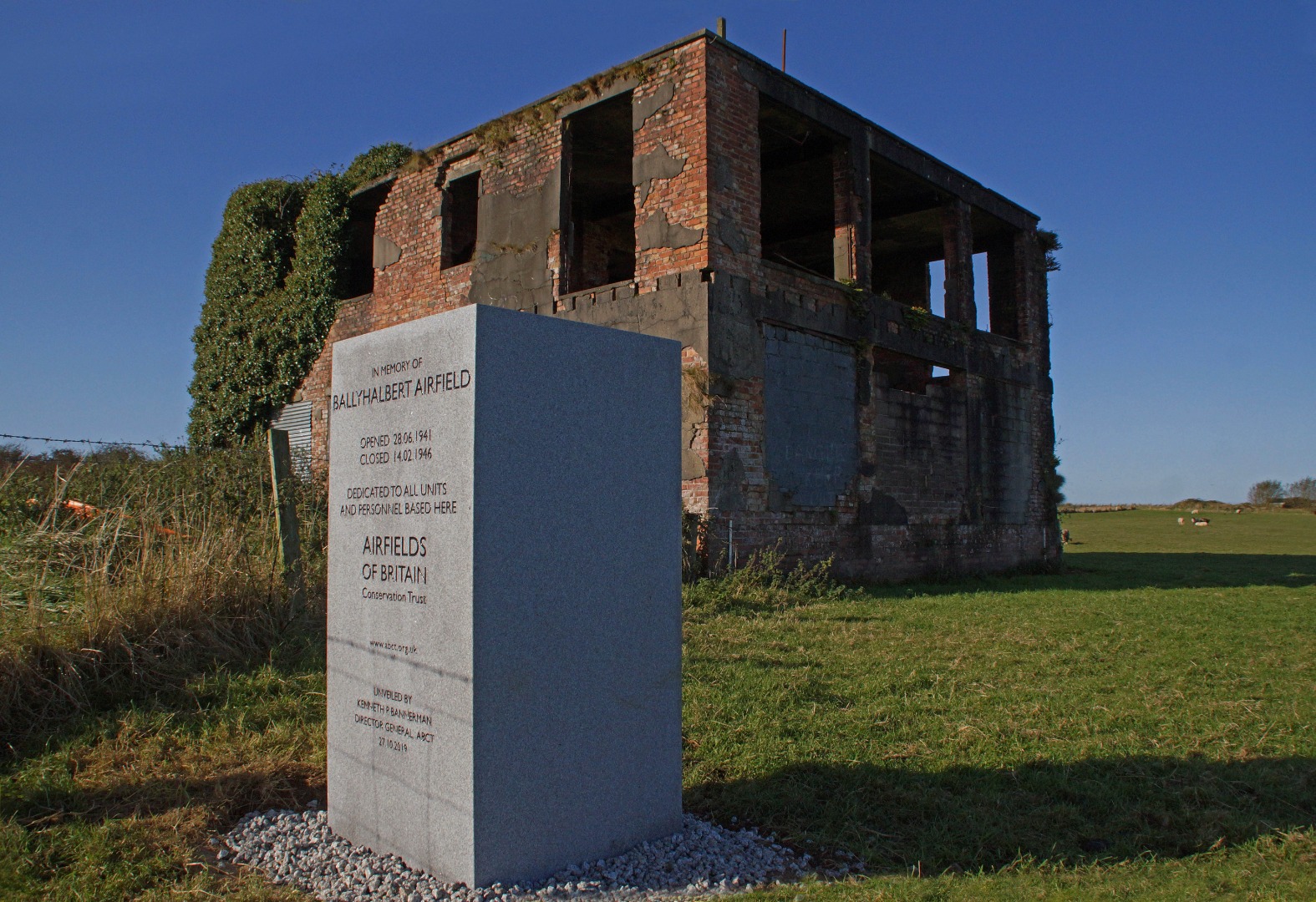 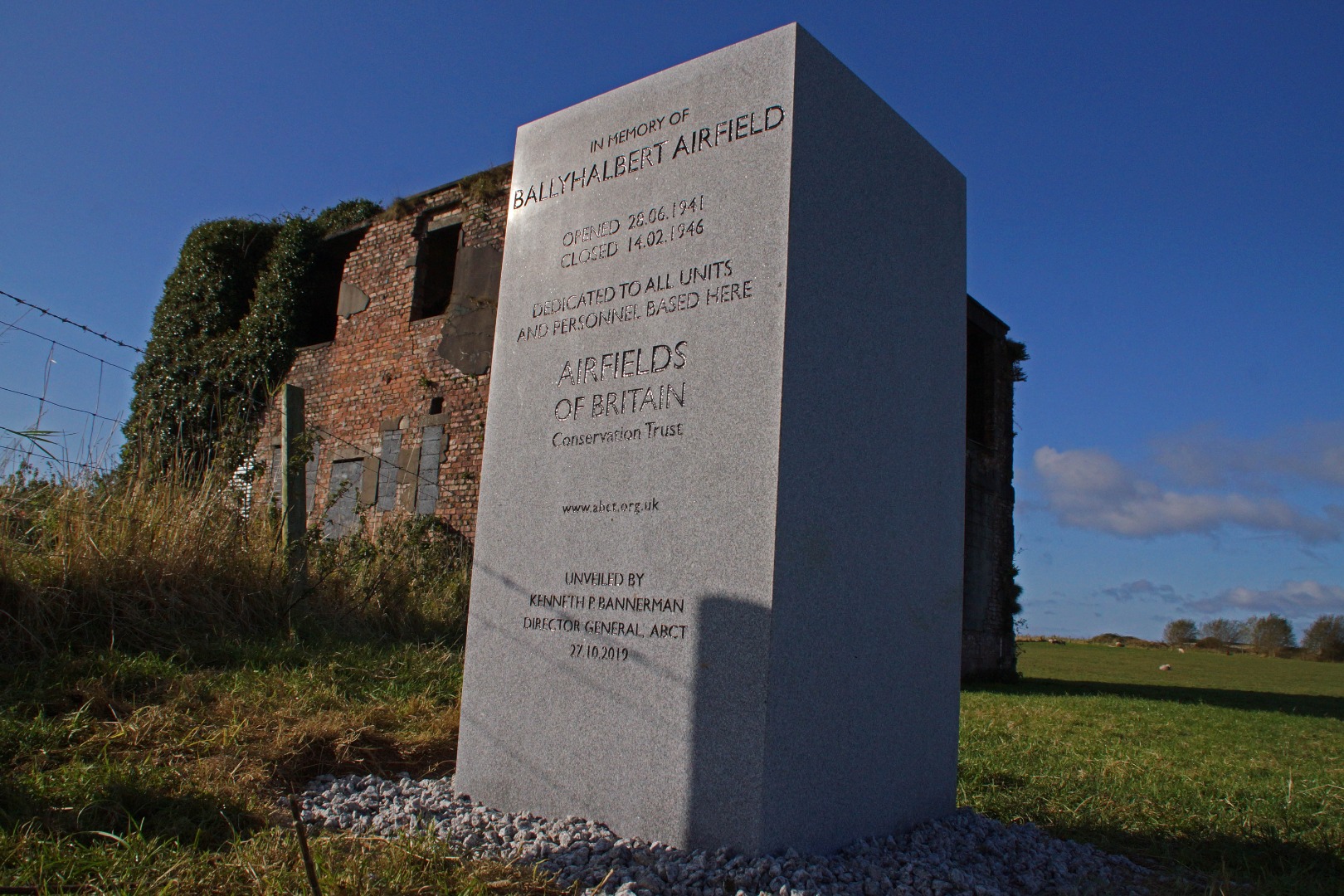 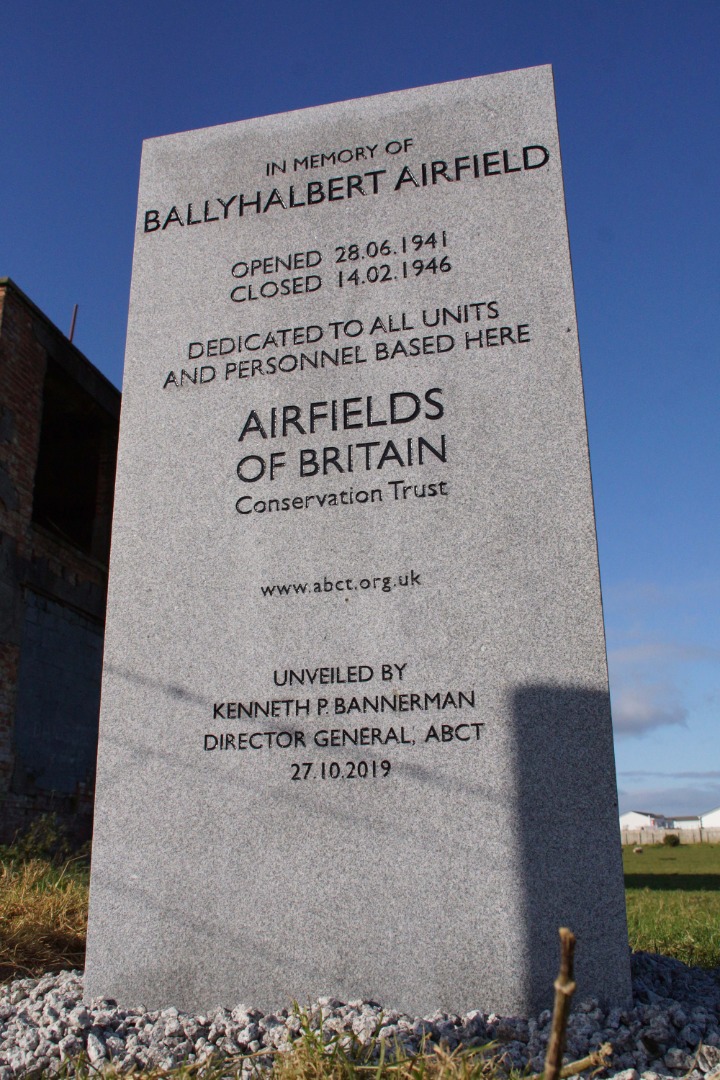 The control tower at Ballyhalbert. Courtesy of JohnnyBareToes

Aerial view of Ballyhalbert and Kirkistown. Courtesy of Gary McKie