Charterhall began life as a First World War landing ground named Eccles Tofts for No 77 Squadron from at least the beginning of 1917 until 1919. The airfield is more famous however for its use during the Second World War, opening in the spring of 1942. Primary unit associated with Charterhall throughout the war quickly transpired to be No 54 Operational Training Unit which carried out instruction on types such as Bristol Beaufighters and Blenheims, as well as target towing carried out by Airspeed Oxfords. By 1944 de Havilland Mosquitoes were gradually replacing the Beaufighters and towards the end of fighting became the main aircraft used by the OTU. Unfortunately, as with many wartime training units, this airfield in particular gained a reputation for frequent accidents, one of them in January 1943 resulting in the death of badly burned pilot Richard Hillary who wrote famous aviation book The Last Enemy.

No 54 OTU left Charterhall in November 1945 for East Moor and a variety of units used the airfield for the next two years for short periods. These included No 3 Armament Practice Station, over two short spells, and a number of fighter squadrons flying Supermarine Spitfires, North American Mustangs and Gloster Meteors. The RAF left in 1947 and the airfield officially closed.

The site was left for agricultural use and later also motor racing from 1952. Various forms of this form of sport took place at Charterhall with drivers such as Jim Clark, Sir Stirling Moss and Sir Jackie Stewart all having competed there until its main heyday ended in the mid-1960s. Motorsport did however take place here as recently as 2013.

The site was equipped with two hard runways during the Second World War, a third runway never being completed. These, along with most of the taxiways and perimeter track remain relatively intact. Two of the original main hangars remain, although the Blister hangars and control tower have all been demolished. The site is now privately owned and there is a small unlicensed landing strip on part of one of the old runways, which is employed for minor civil use. 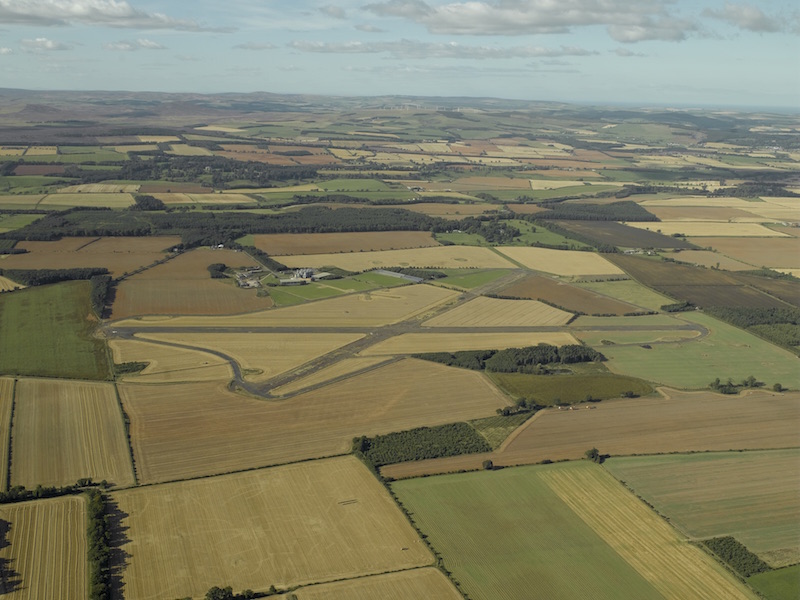 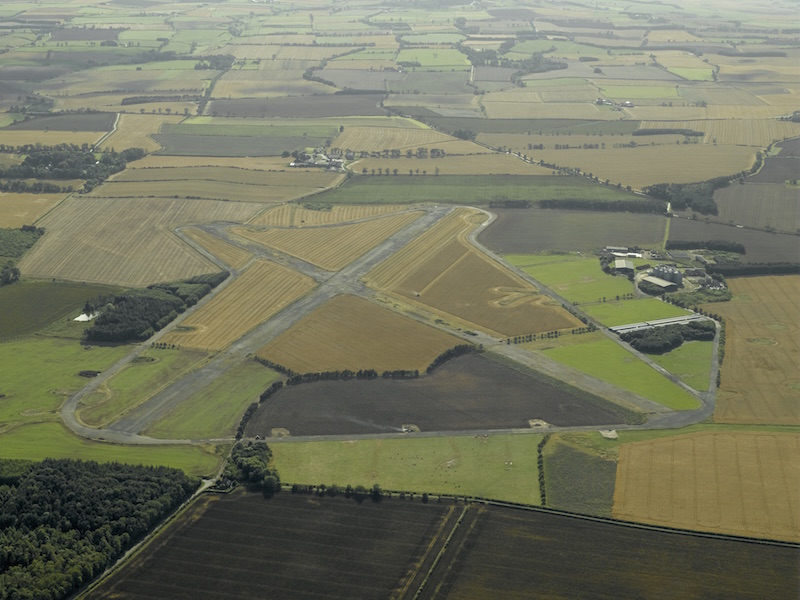 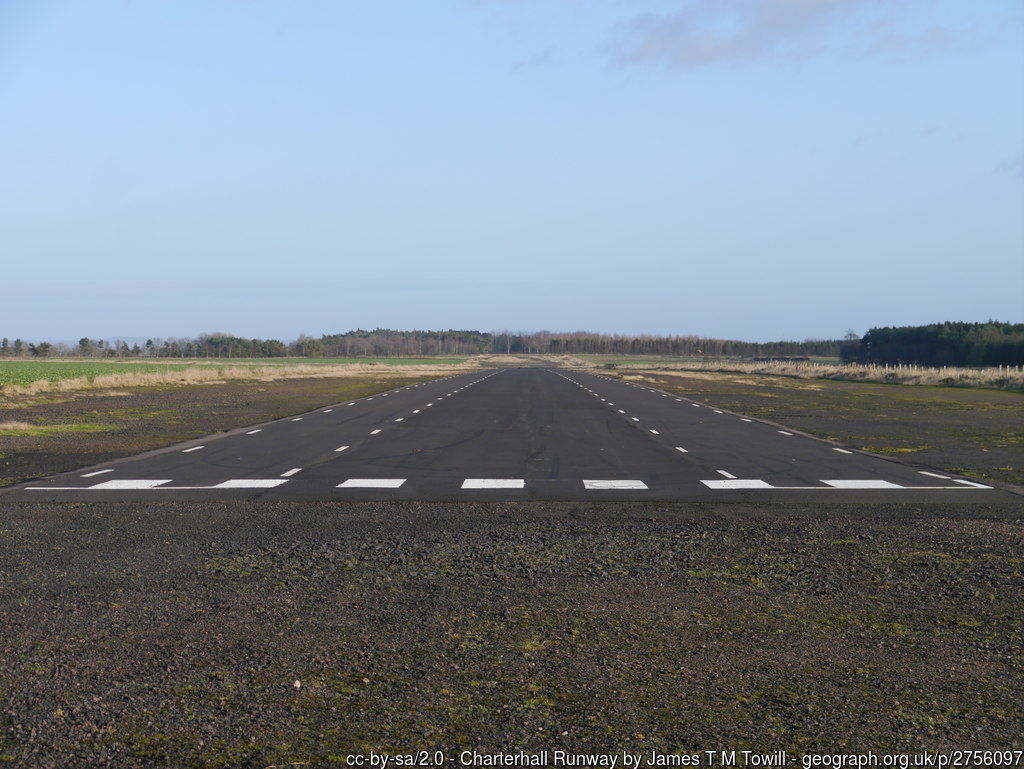 A resurfaced section of runway at Charterhall, 7 January 2012. 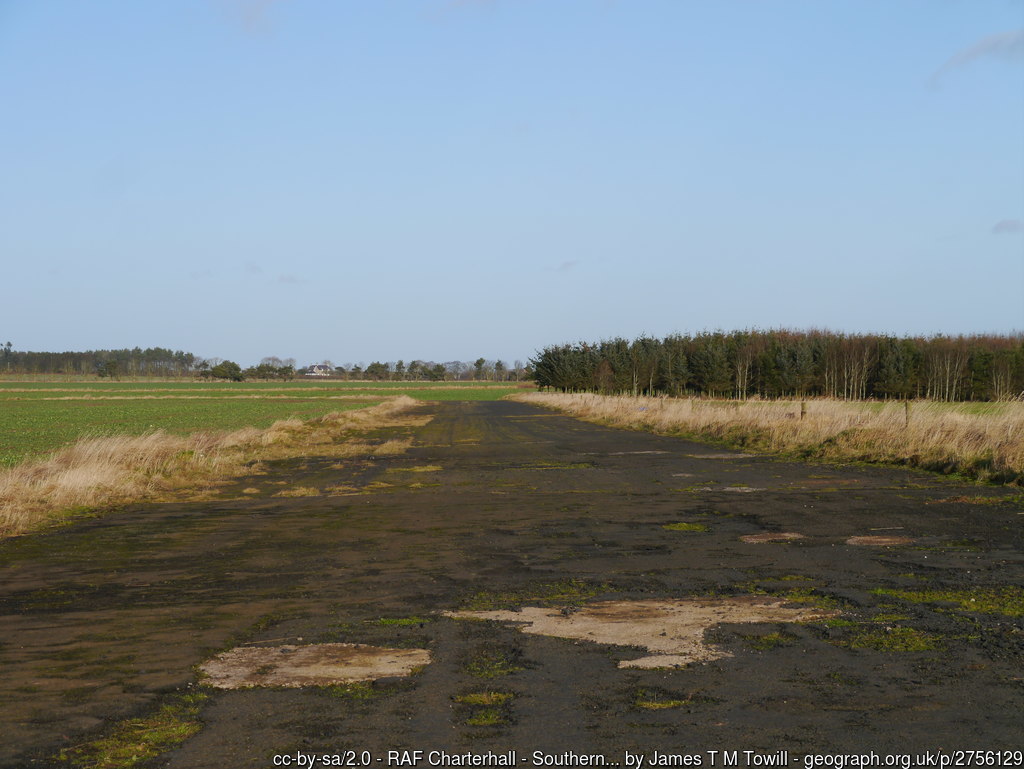 Remains of the southern section of the airfield, 7 January 2012. 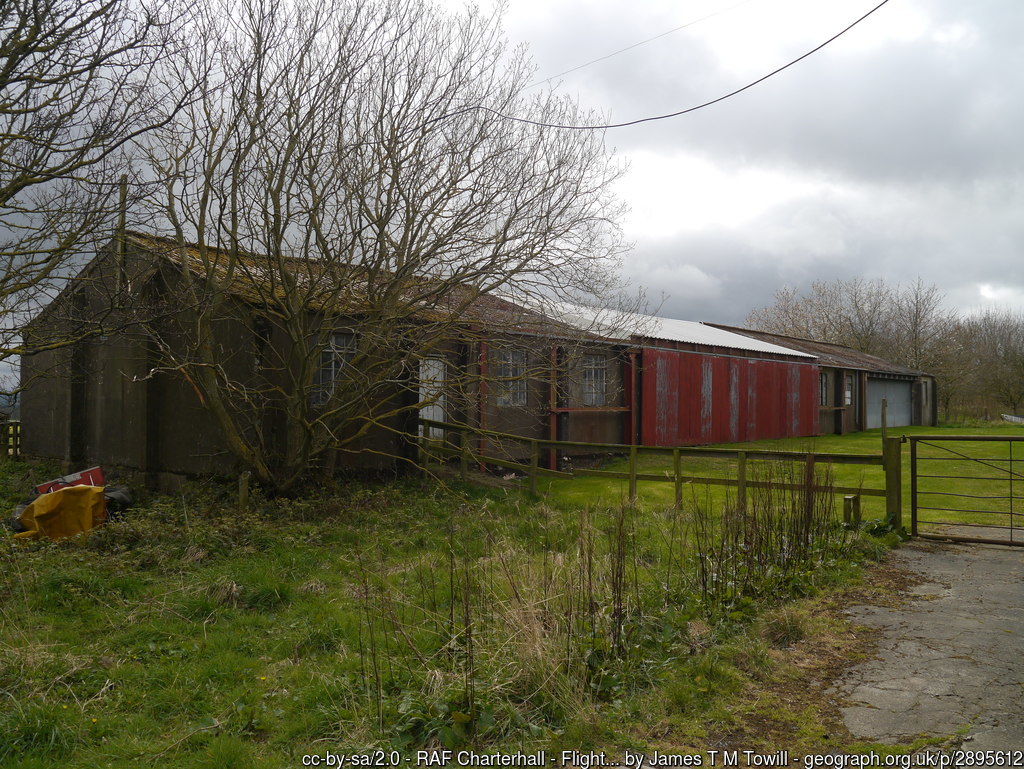 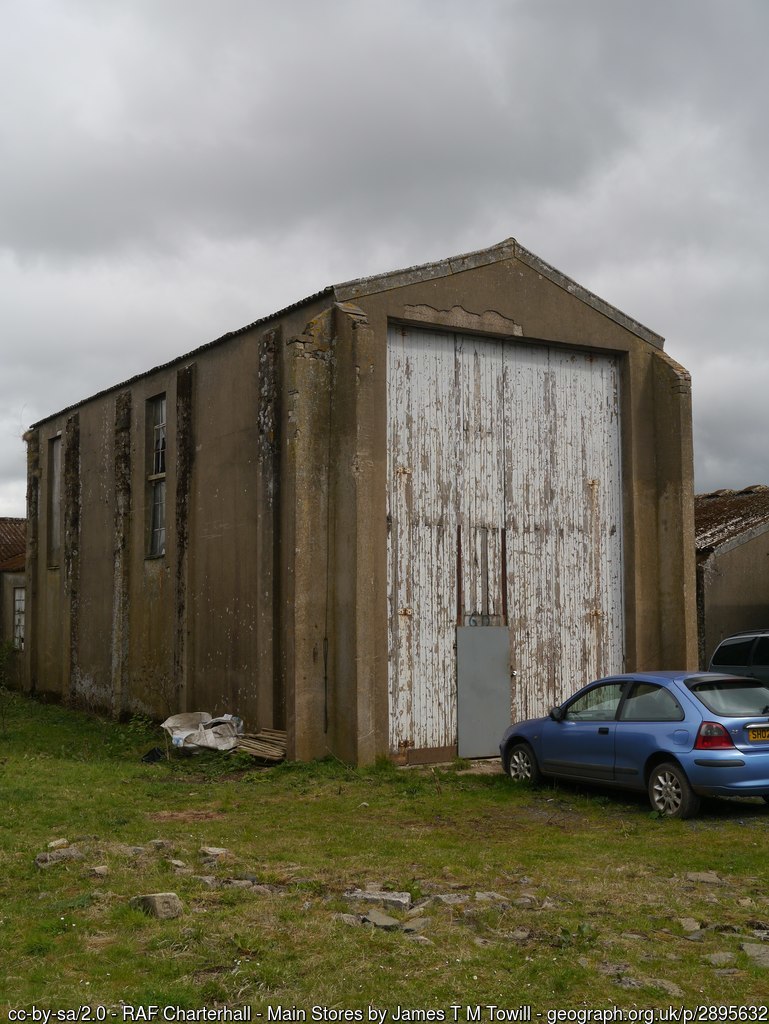 One of the remaining buildings at Charterhall, 9 April 2012. 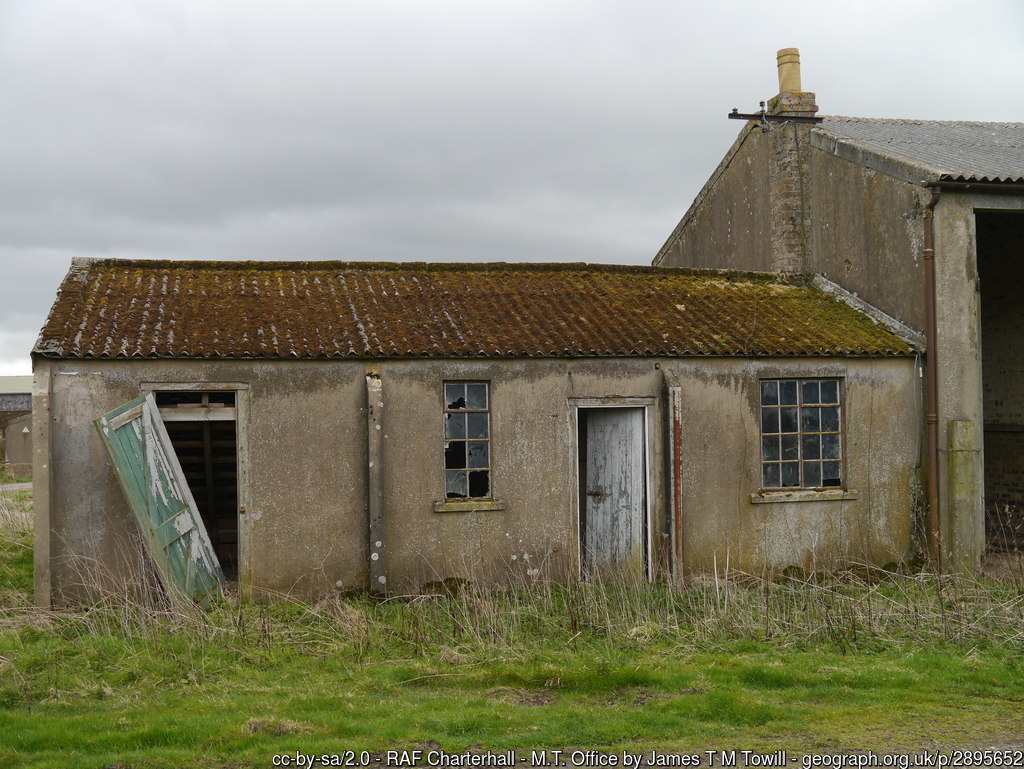 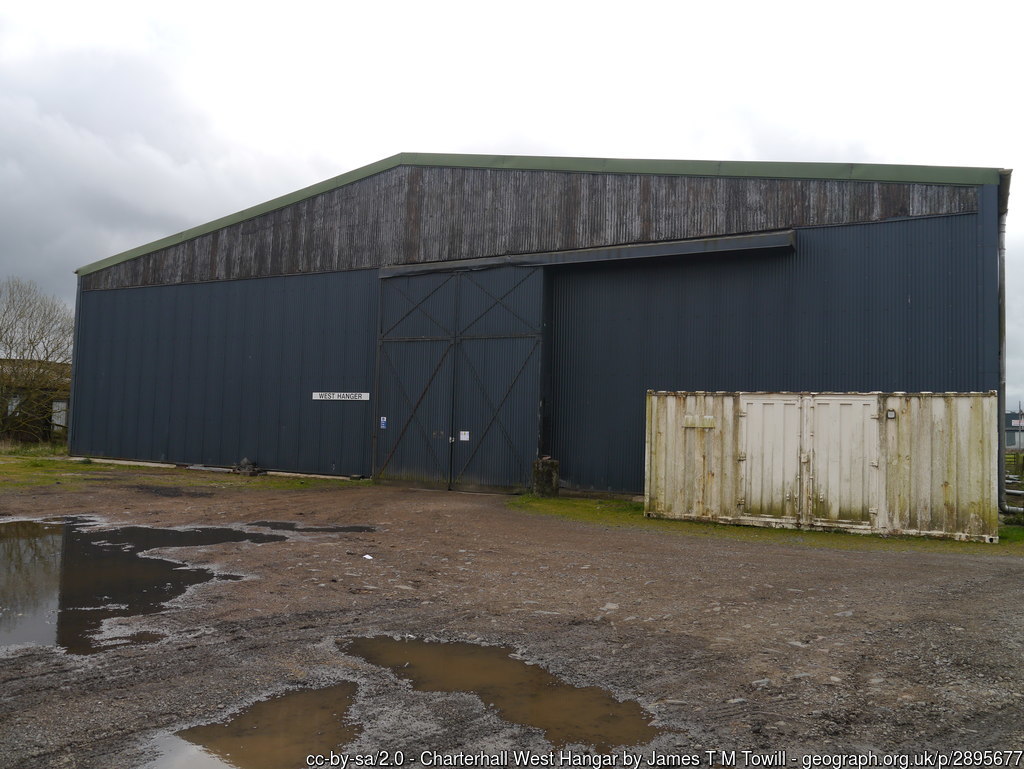 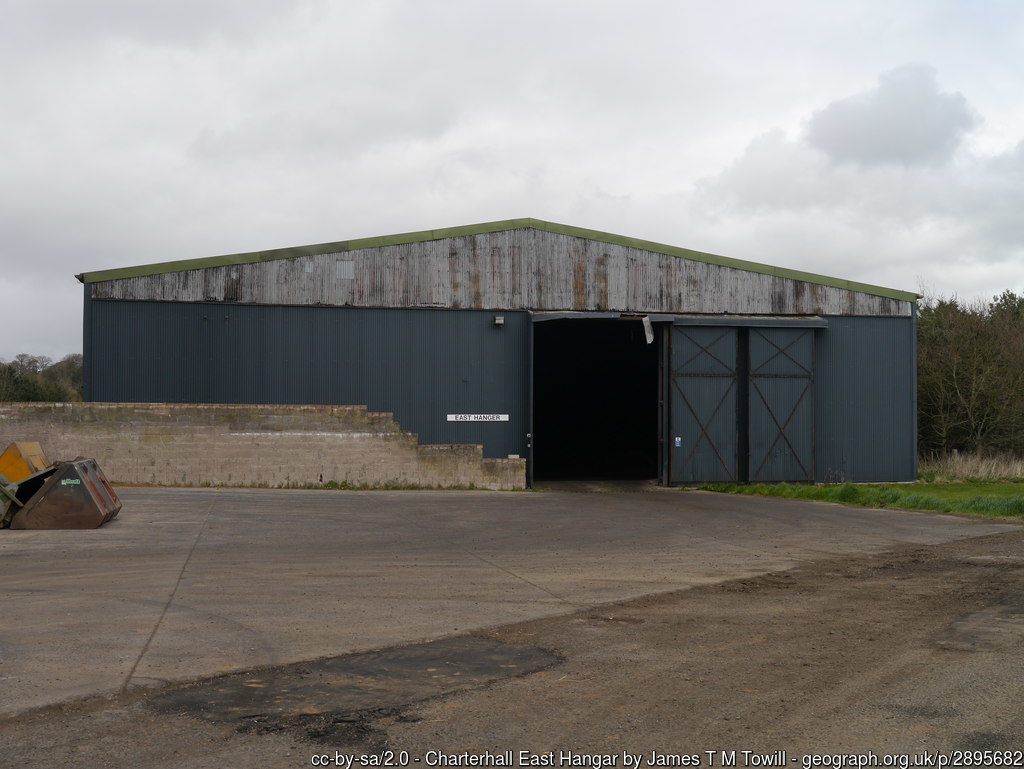 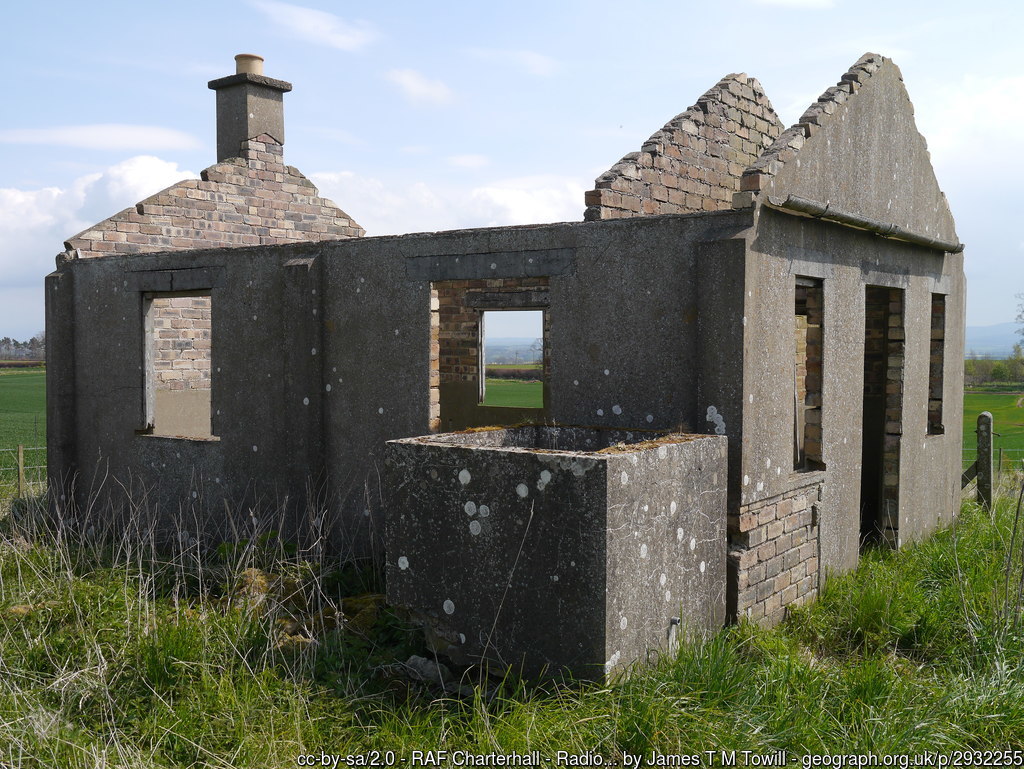 The former radio station at Charterhall, 6 May 2012. 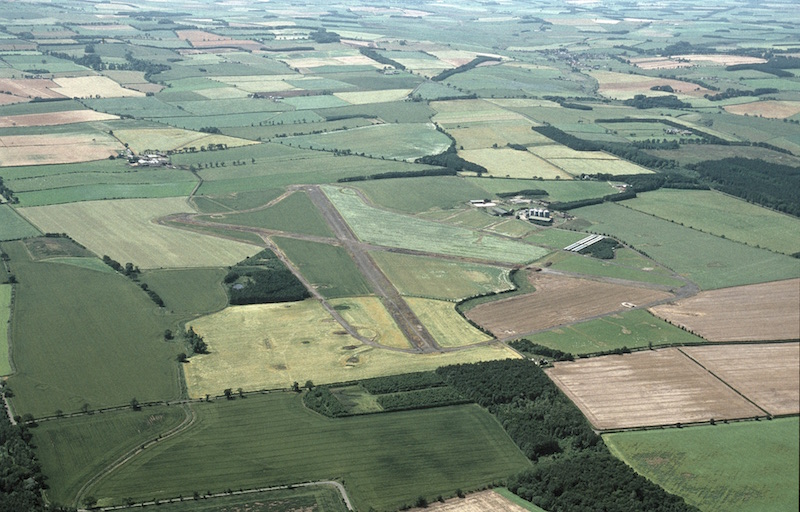 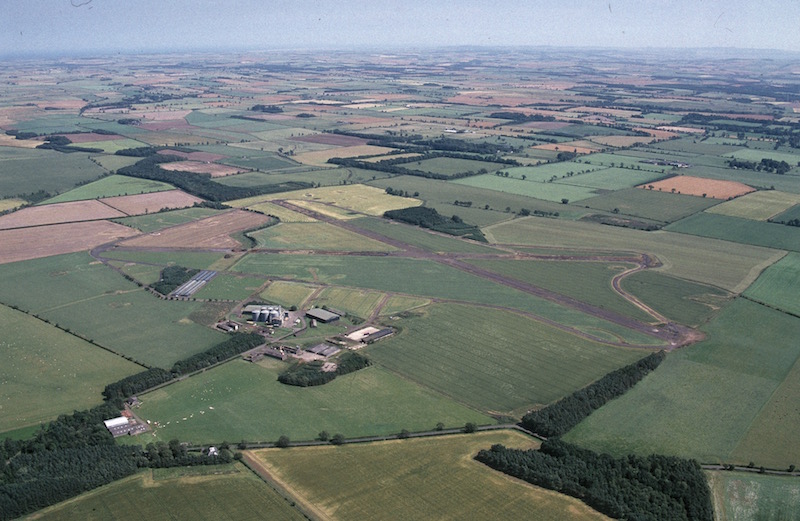 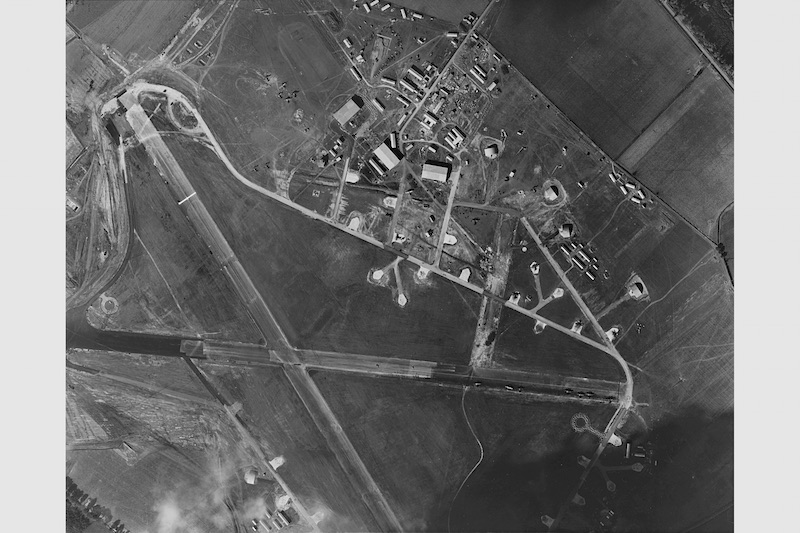 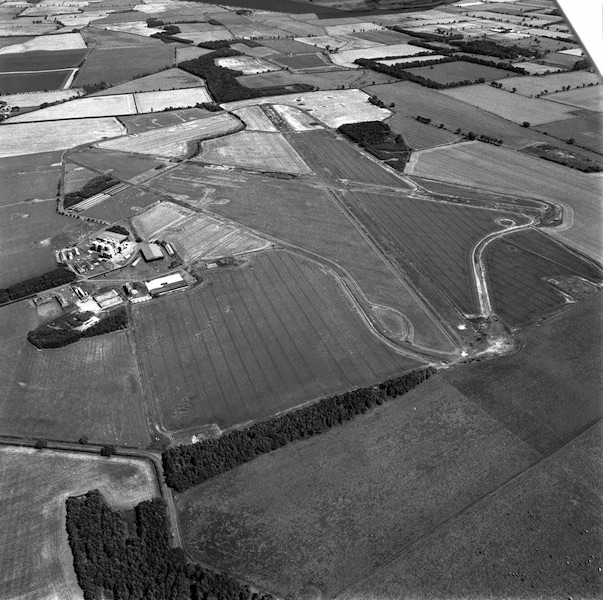 Motor racing at Charterhall in the 1960s. Courtesy of smilinrik 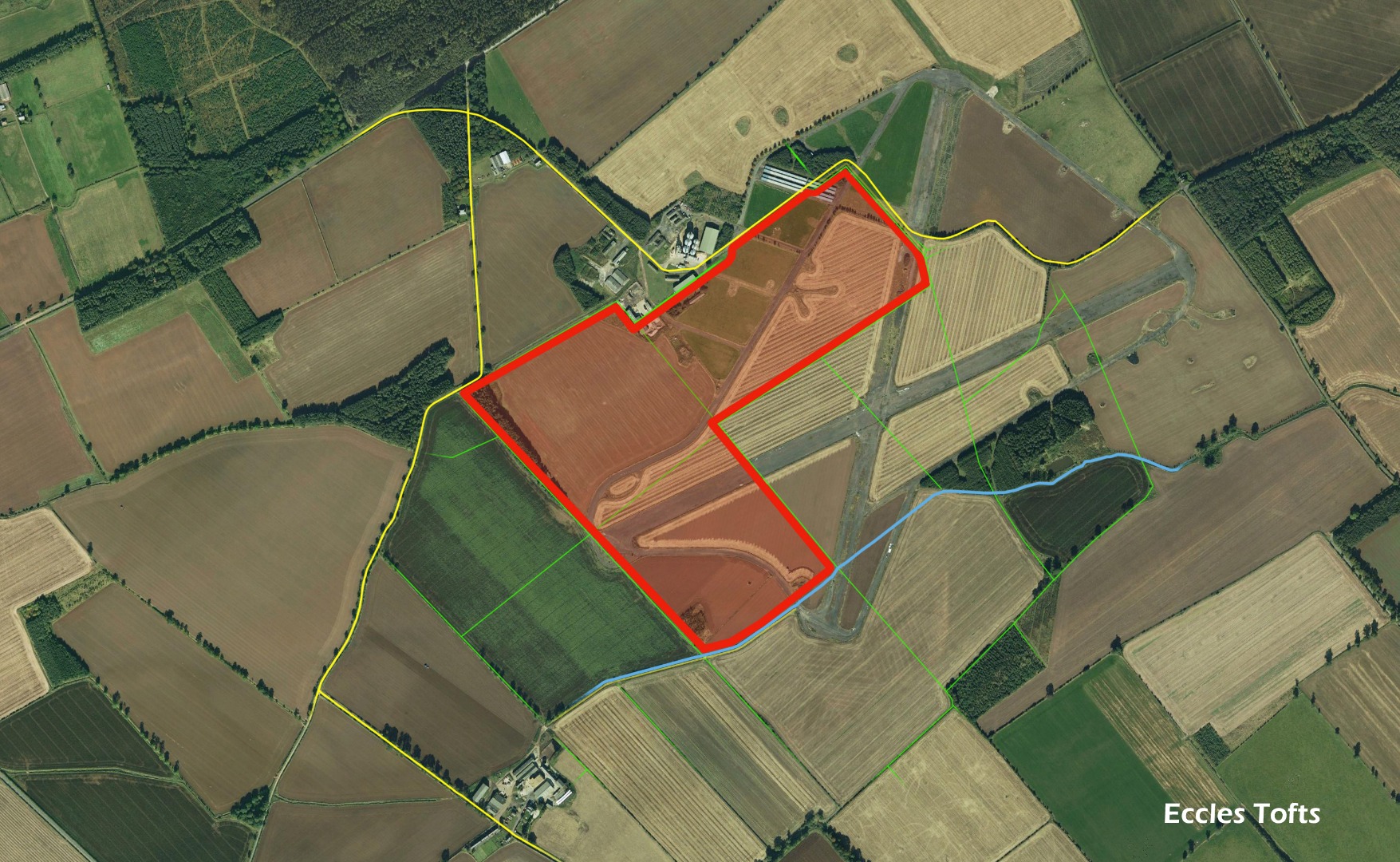